Each Year we host our two RotaKids Clubs at Quilters and Buttsbury Junior Schools so they can present their achievements. This was Quilters' presentation. 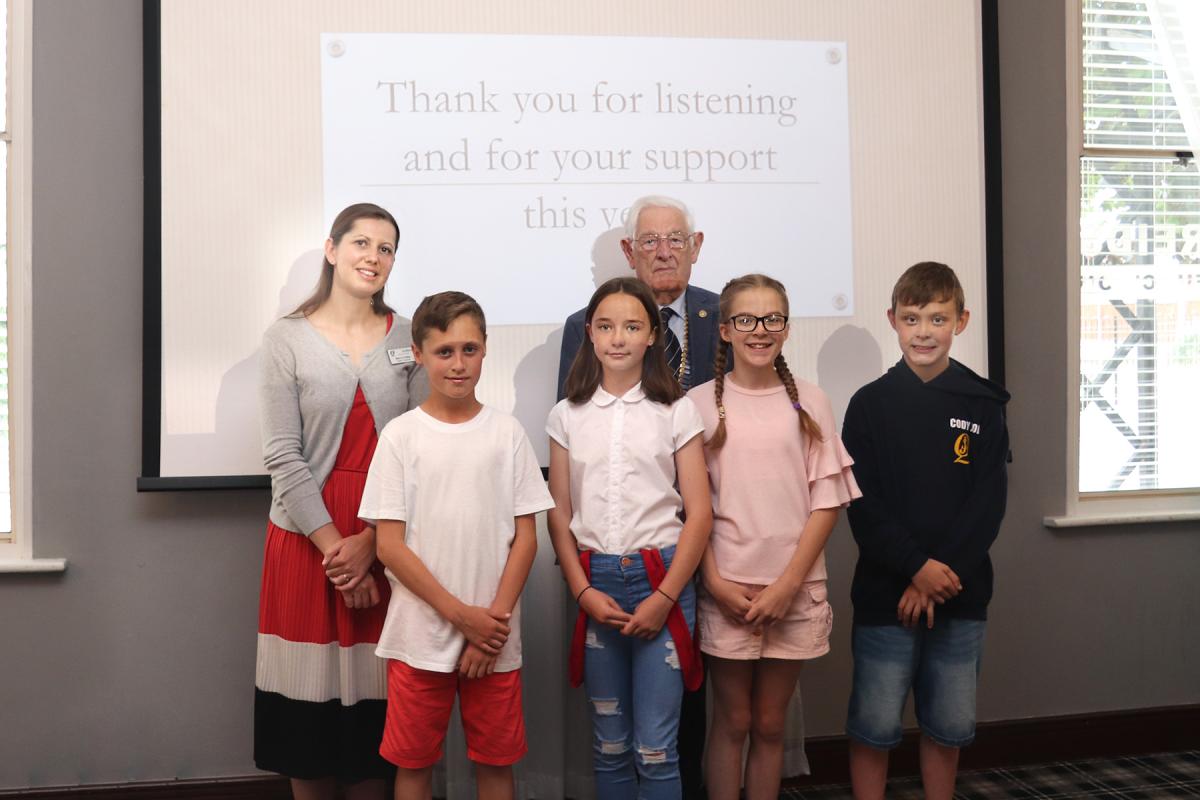 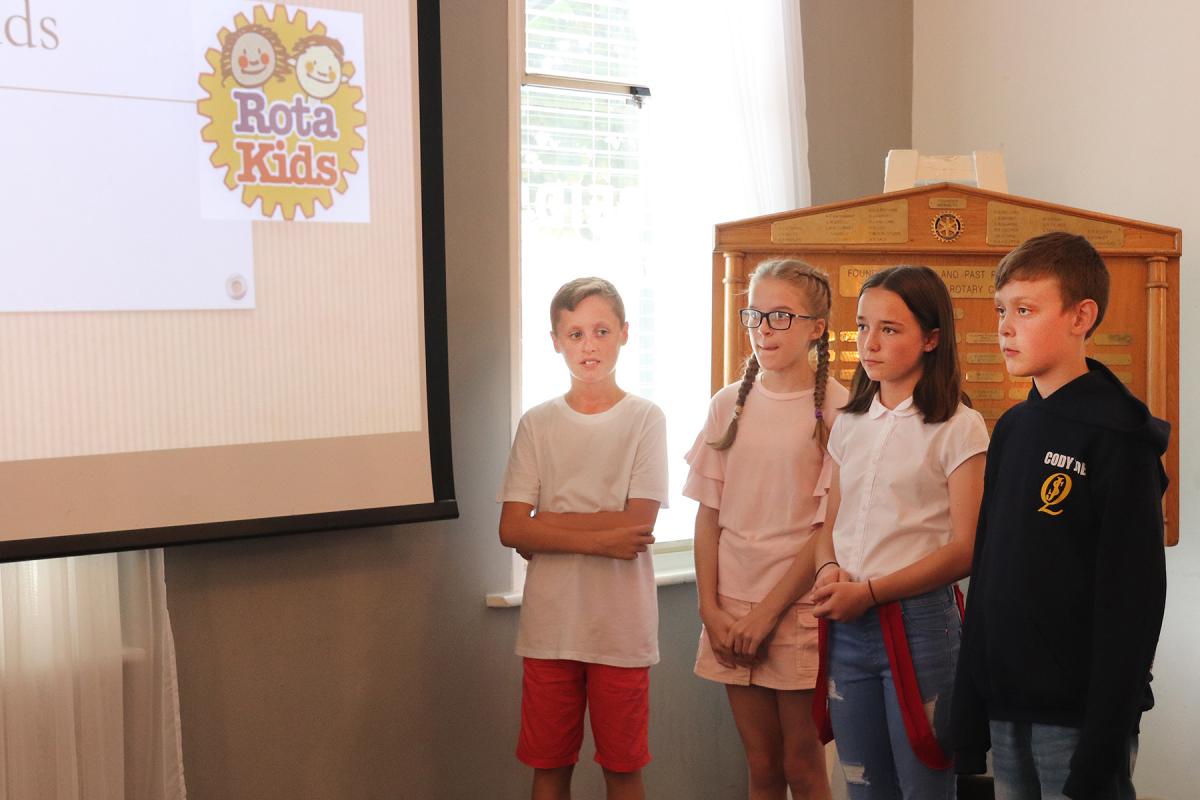 This is what we did 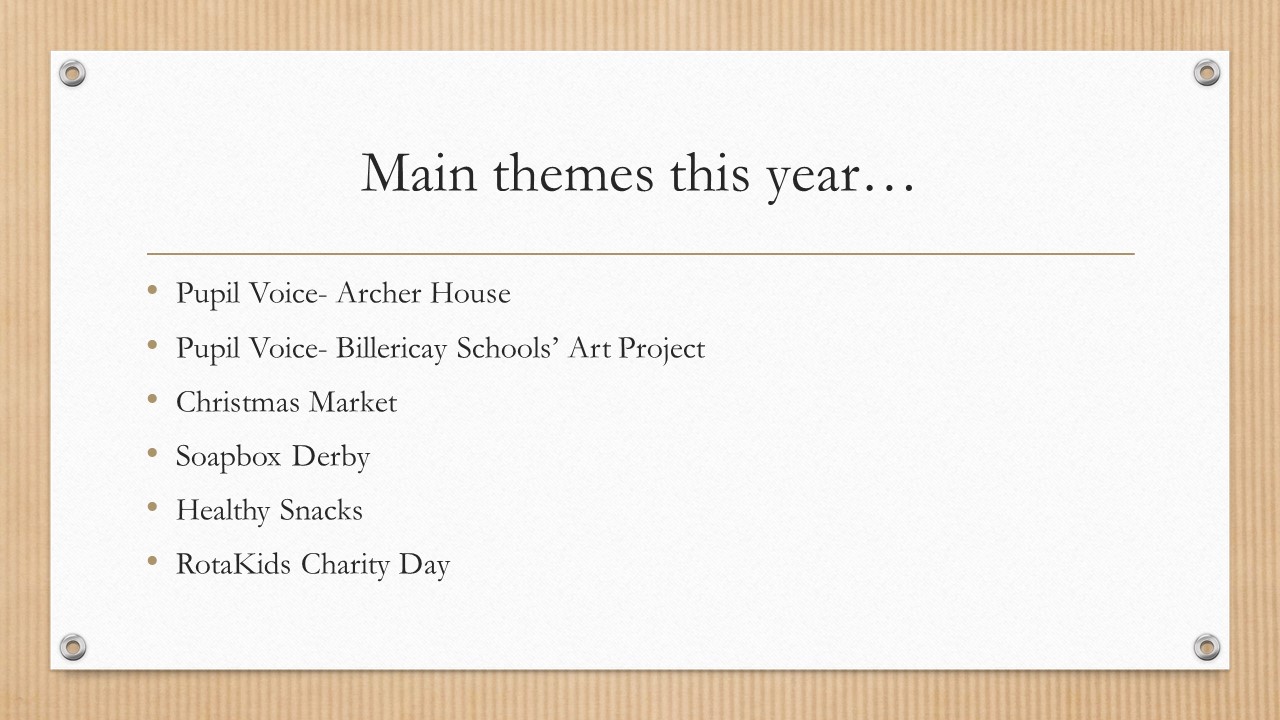 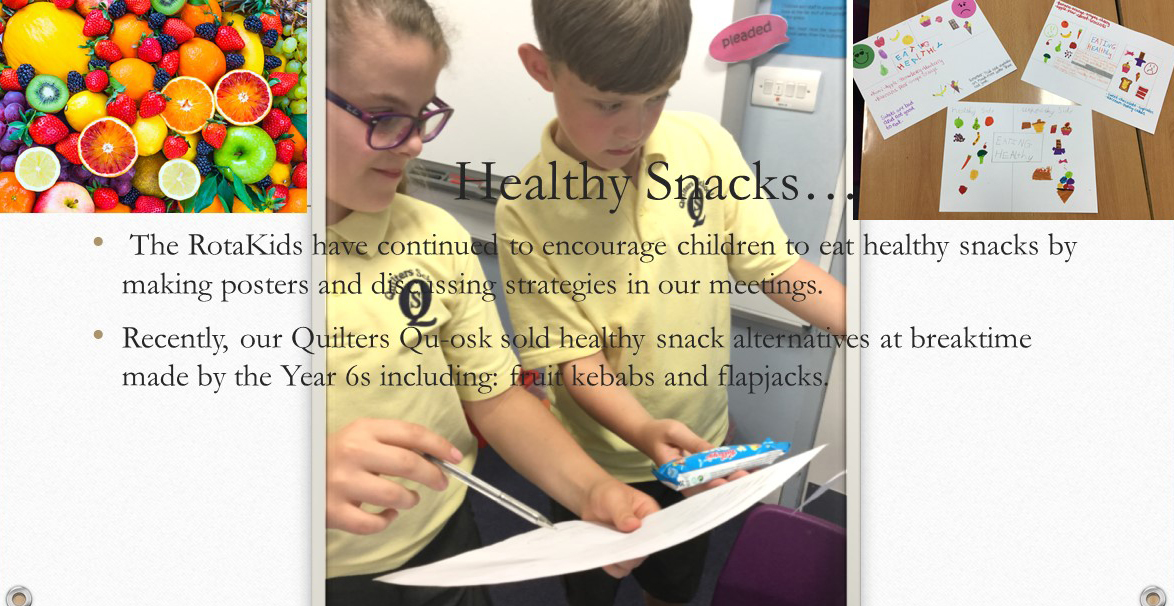 Our work on Healthy Eating 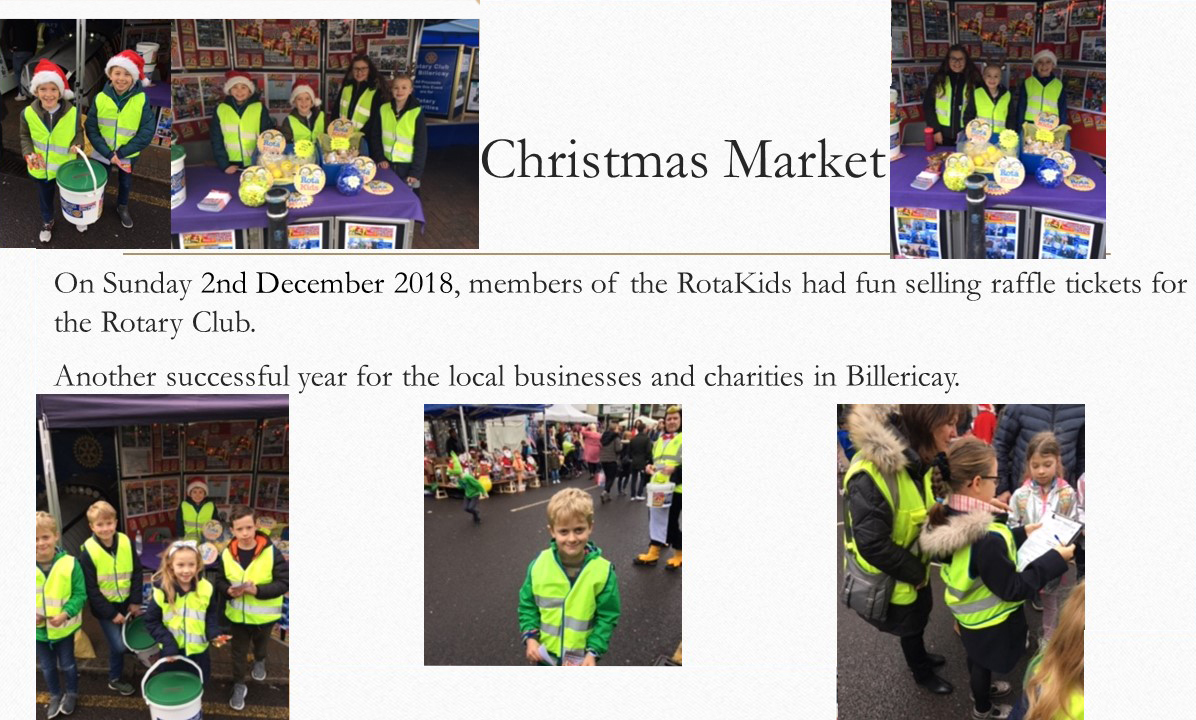 Our help at the Christmas Market 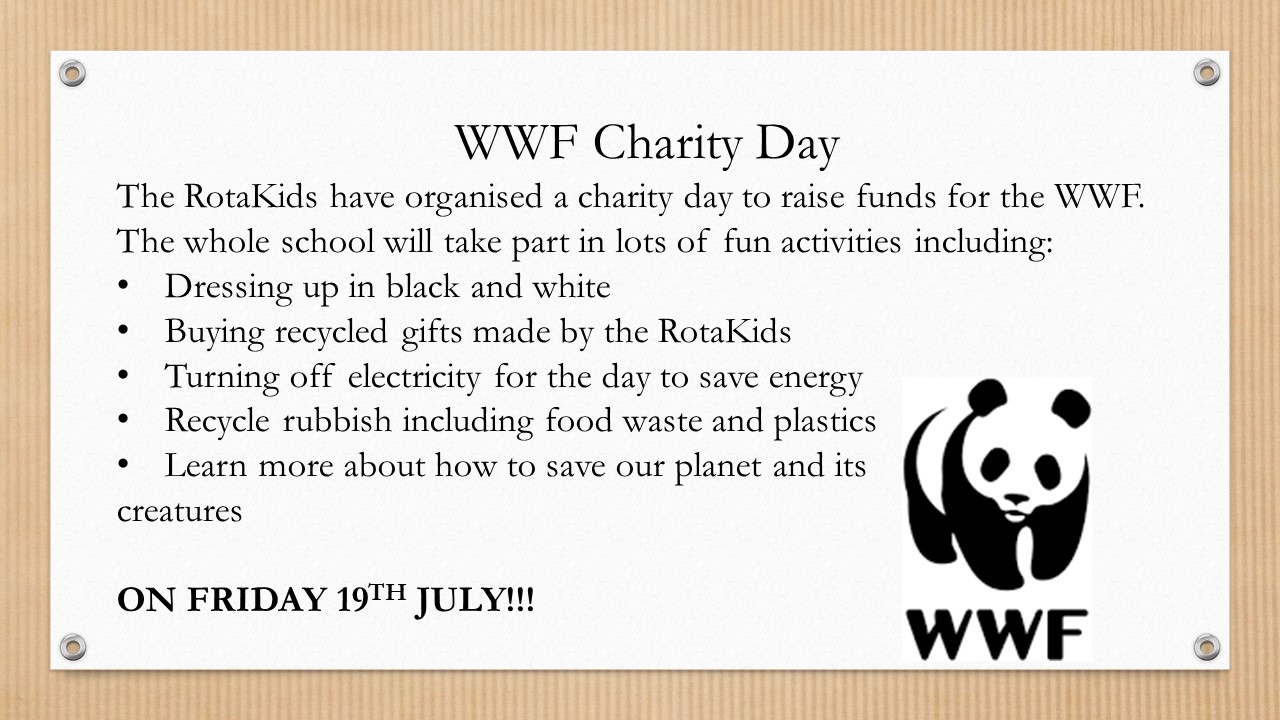 Our Plans for the Charity Day 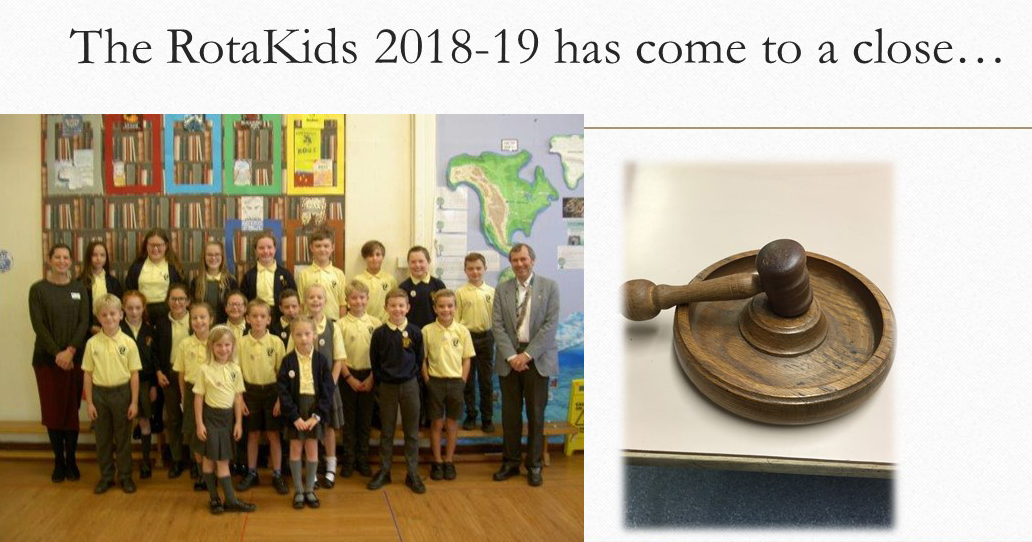 This is all of us

Maturity and Service Beyond Their Years

Each Year as a result of the wonderful relationship with the our two RotaKids Clubs at Quilters and Buttsbury Junior Schools, we celebrate by hosting them at our lunch meeting so they can present their achievements.  This year we started with Quilters on Monday July 8.

A very special lunch with the RotaKids at Quilters Junior School took place on Monday, July 8 when the four officers of the Quilters RotaKids Club, under the guidance of teacher-leader Helen Kilby, gave us an excellent presentation of their year’s work.

Backed by a slide show, each officer took it in turns to describe their year of action.  They were Year 6 pupils: Evie Deeks, Ella Osborn, Joey Lewis and Cody Roberts.

They had decided their RotaKids Charity Day should be devoted to raising money for WWF (World Wildlife Fund), its theme being how vital it was to protect our planet and its creatures.

What did they do?  All children went to school in black and white, aka the panda logo on WWF for £1.00. They also asked:

The pupils explained what they’d done to keep the Rotary Pledge.

The Future is Bright

But that wasn’t all, their main year themes:

Youth officer, Mike Sinclair introduced the RotaKids and gave a brief resume of what they had achieved.  Before they returned to school, Members showed their appreciation of the Quilters achievements, enthusiastically and unanimously.