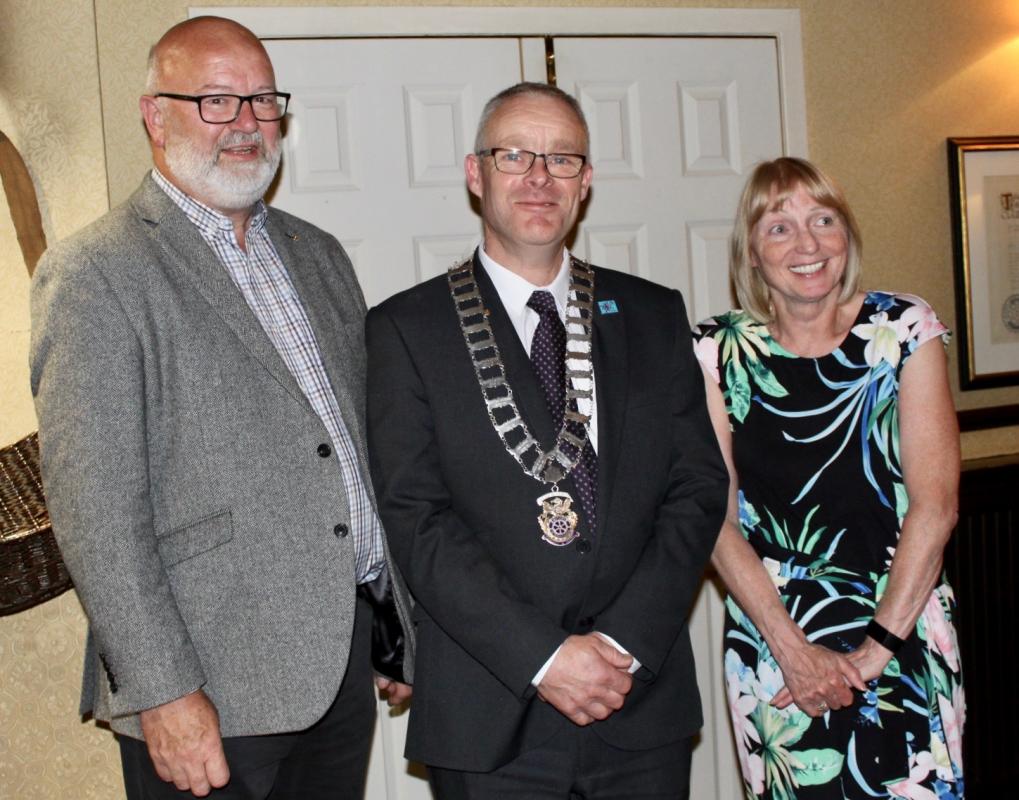 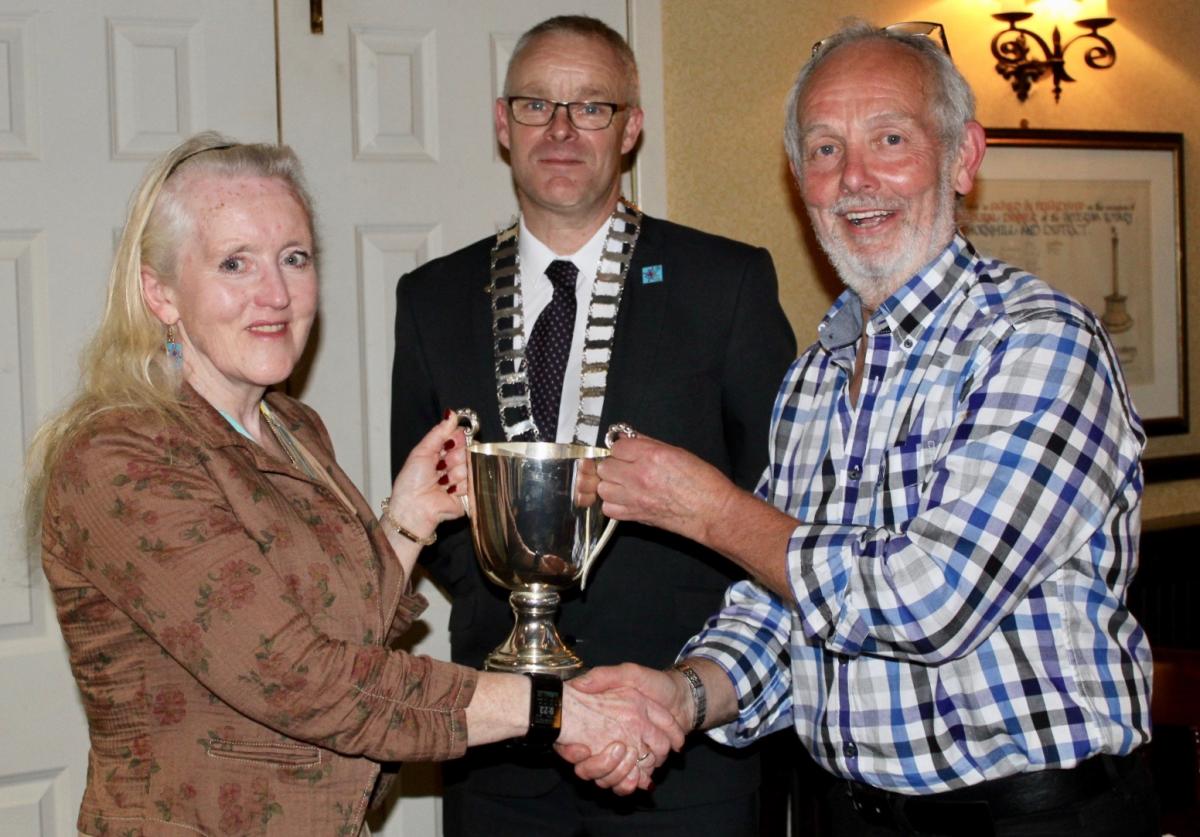 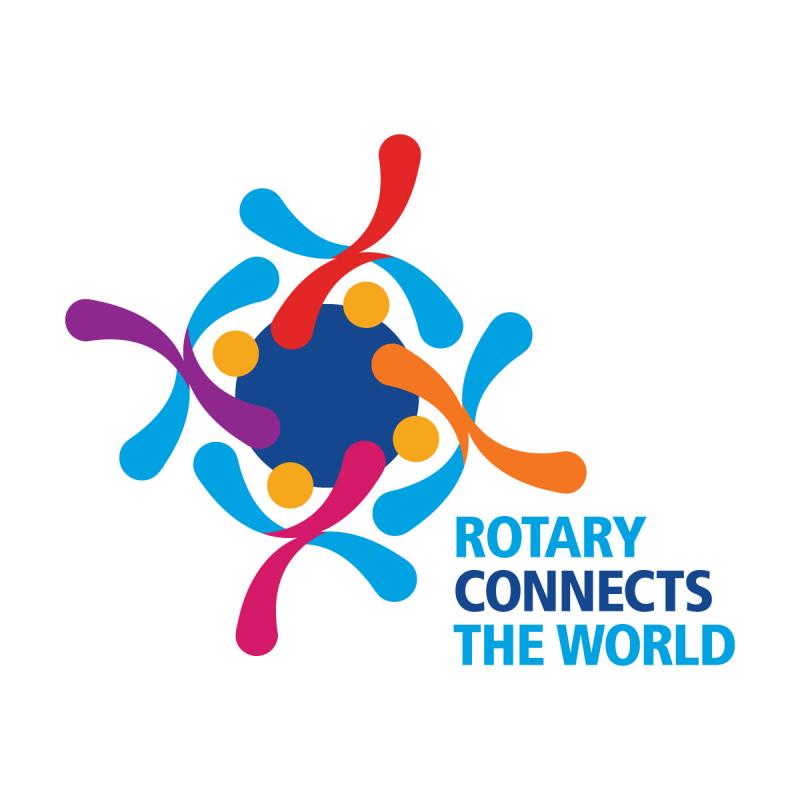 Recently The Rotary Club of Thornhill and District held their handover meeting, this year outgoing President Liz Baxter handed over the responsibility of running the club to Rotarian Michael Keene. Local business man Michael has been a key member of the club for ten years now, for much of that time he as been the community convenor involved with coordinating local events.

Liz thanked the club officers, council and members for their support and assistance during her year as club President, she also spoke about her ups and downs during her year in the chair, the ups were certainly working along side the convenors in the organising of the many events which the club organise during the year. The annual Am/Am golf competition, Thornhill community fireworks display, Burns supper, Purple4Polio, Mock interviews, Junior competitions to name but a few, she loved meeting and talking to the local people in the community, without their continued support the events would not be the huge success that they are.

This years guest of honour was Assistant District Governor Brenda Waugh from Annan Rotary Club. Brenda spoke about the changeover period from the old year to the new being an exciting time, this year she has a unique passion for country and beyond, Rotary in the communities and adapting the 2019-2020 theme “Rotary Connects the World”

The Club Handover isn’t just all about Presidents, they also hold a golf competition were they play for the “Robert Mitchell Handover Cup.” This year Rotarian and Secretary Stewart Lee took the title for the third year running. When ADG Brenda Waugh awarded Stewart the cup he explained that the round of golf took five hours ten minutes and at one point wondered if the club house would still be open by the time they completed the eighteenth hole. He also went on to say that he had a most enjoyable afternoon, had great fun spent with great company then admitted that the longest round he had played was five hours twenty minutes. I ask myself, Budding world champion or a world marathon? 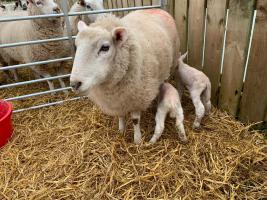 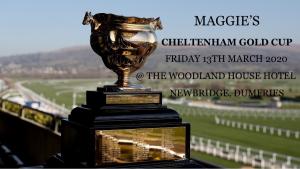 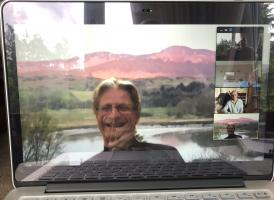 Frank Williamson Rejoins us at our Weekly Zoom Meeting

more Recently, Wednesday 17th June 2020 we welcomed back Rotarian Frank Williamson, Frank who was a fellow member and Past President of Thornhill Club 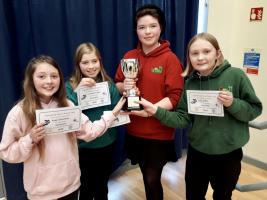 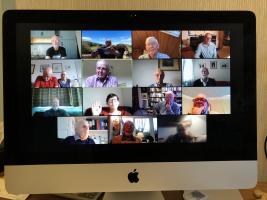 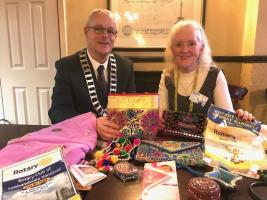 more Assistant District Governor, Brenda Waugh’s own experience of an exchange to India 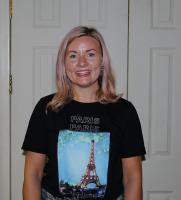 more The Rotary Club of Thornhill and District take action 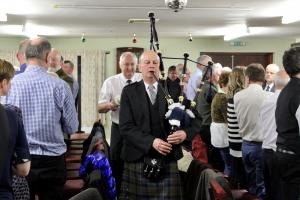 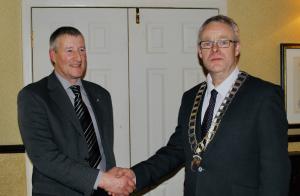 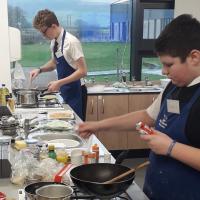 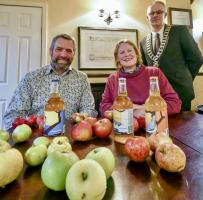 more Thornhill and District Rotarians were delighted to learn that their recent Big Book Bazaar held in the Thornhill Space has raised in excess of £1,000.00 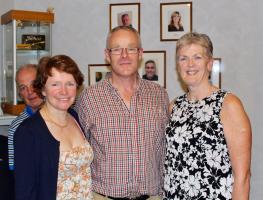