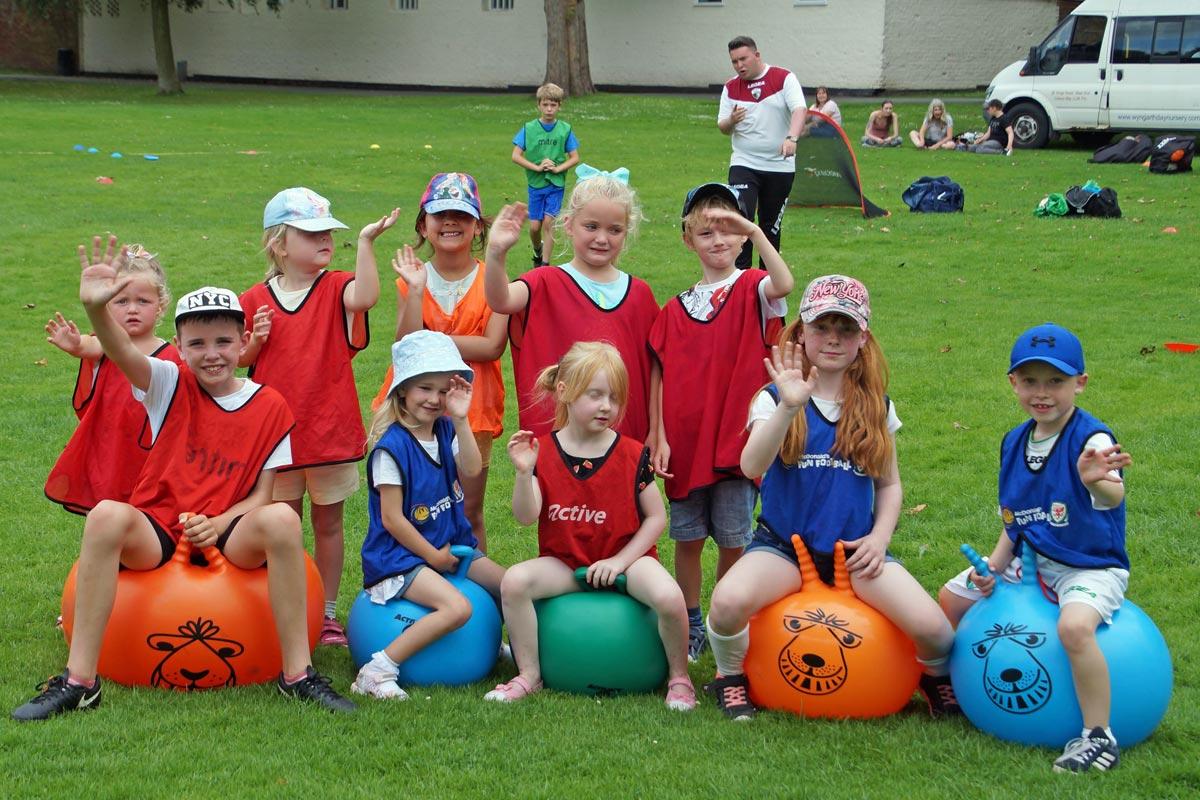 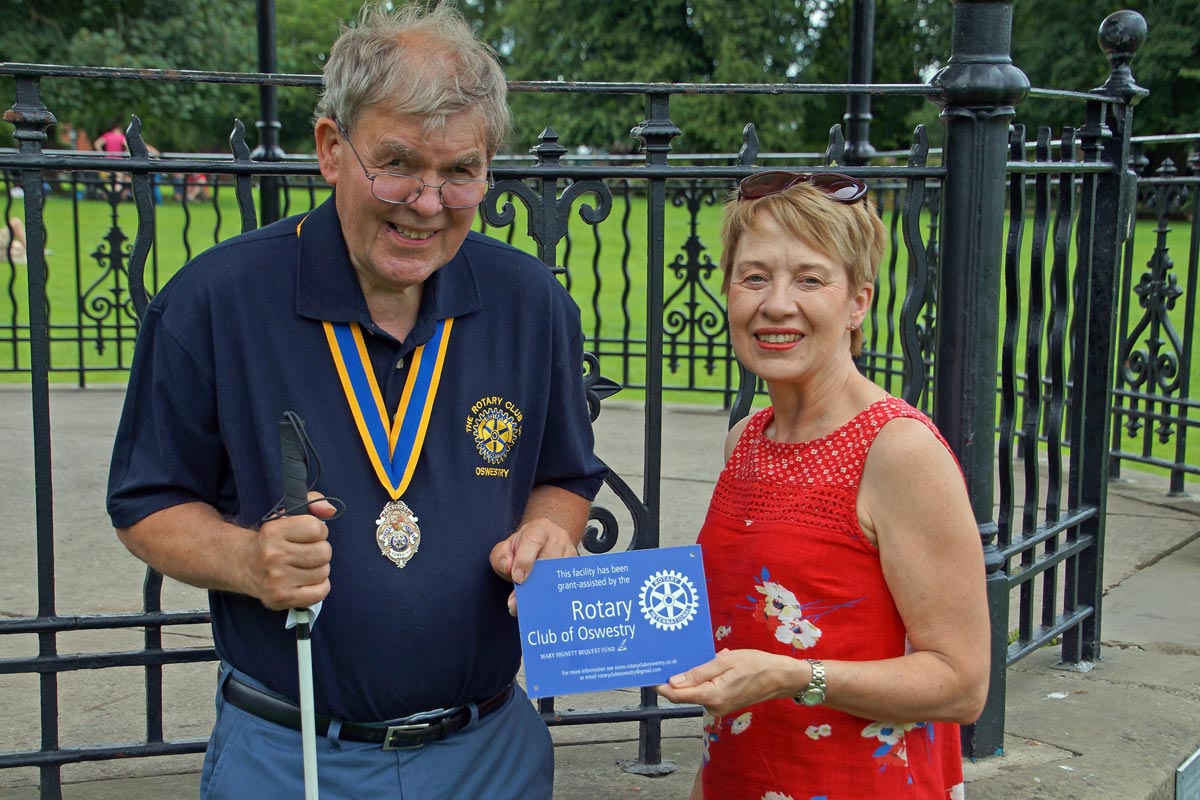 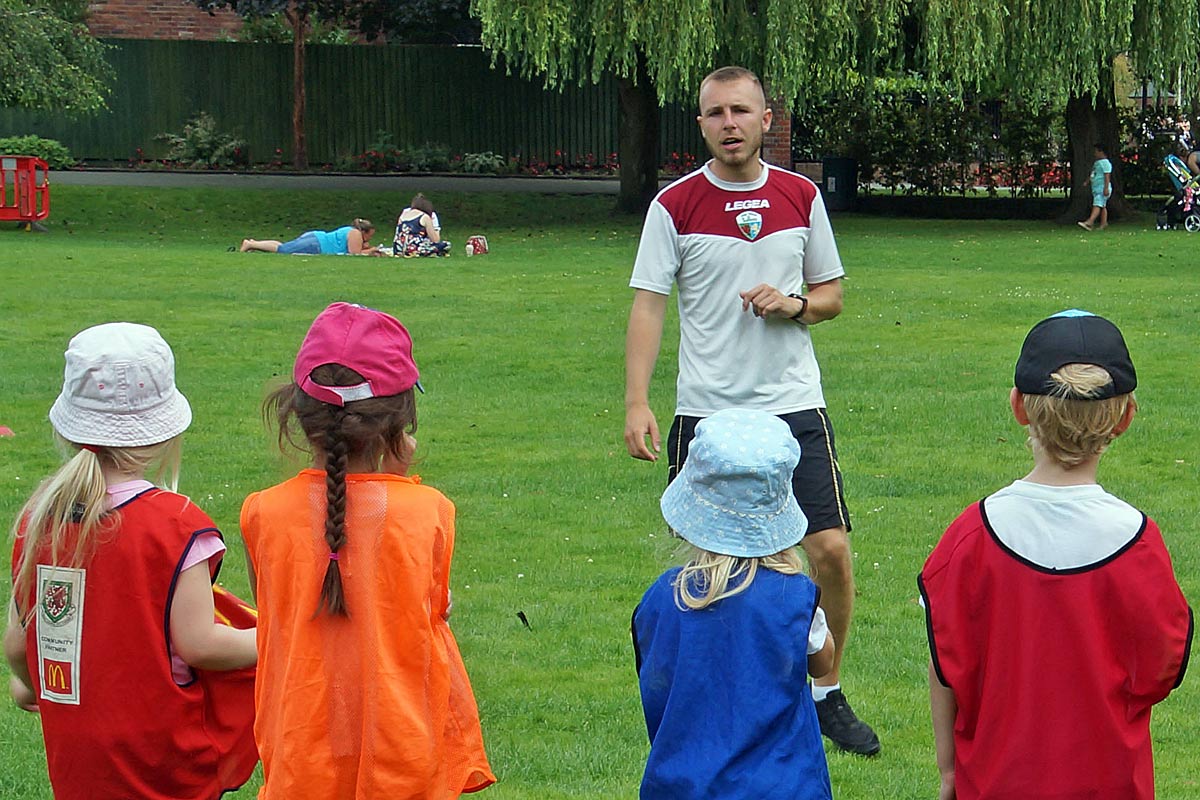 When the TNS FC Foundation - the charity arm of the well-known local football club - wanted to extend their school holiday project to cover 2019 and 2020 at Oswestry locations they were keen to replicate the approach they had adopted in similar projects in several of the outlying villages. Not only would this involve extending the duration of each session from two hours to three, but also supplying a healthy meal as part of each weekly session at Cae Glas Park and Gatacre Playing Fields. With the Town Council already signed up as a sponsor, an application to The Rotary Club of Oswestry’s Mary Hignett Bequest Fund resulted in a grant to help cover the cost of coaching staff in both years.

After watching the activities at the first session at Cae Glas, Rotary Club President Mark Liquorish presented a plaque to be displayed at The Venue to Gill Jones, Manager of the TNS Foundation.

Mark said: “The Rotary Club of Oswestry thought this project merited a substantial award from the Mary Hignett Bequest Fund because it delivers so many positives: A sports-based activity for Oswestry youngsters; something for young people to do during the school holidays; healthy food as part of the package. It is the second time within a week that I have had the privilege to visit a project that so well reflects Mary Hignett’s vision and intentions when she made the very generous bequest to the Club over ten years ago. We think her generosity is being well rewarded here today.

“We wish the project every success through the holiday period and trust the weather will remain kind.”