Youth Speaks Club Round @ The Marches

The first round of this year's Youth Speaks competition 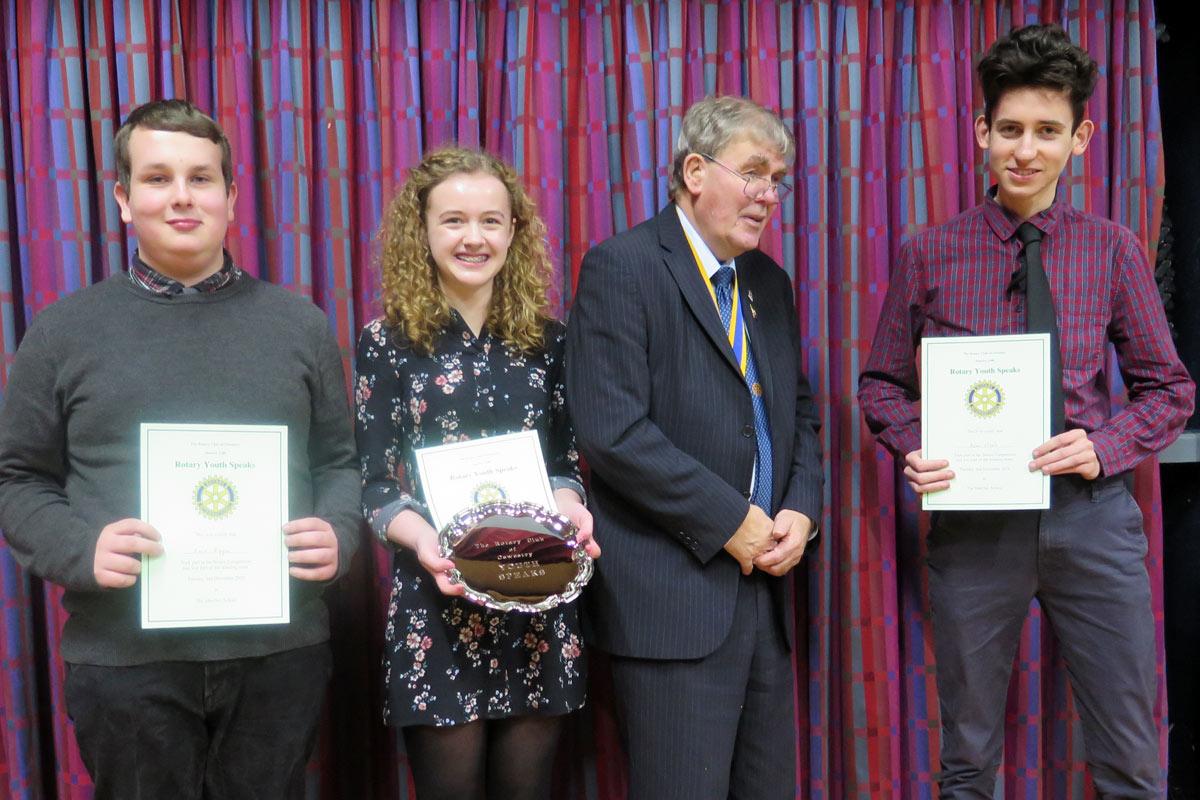 Youth Speaks Club Round @ The Marches

The Marches 2 - winners of the Senior competition. 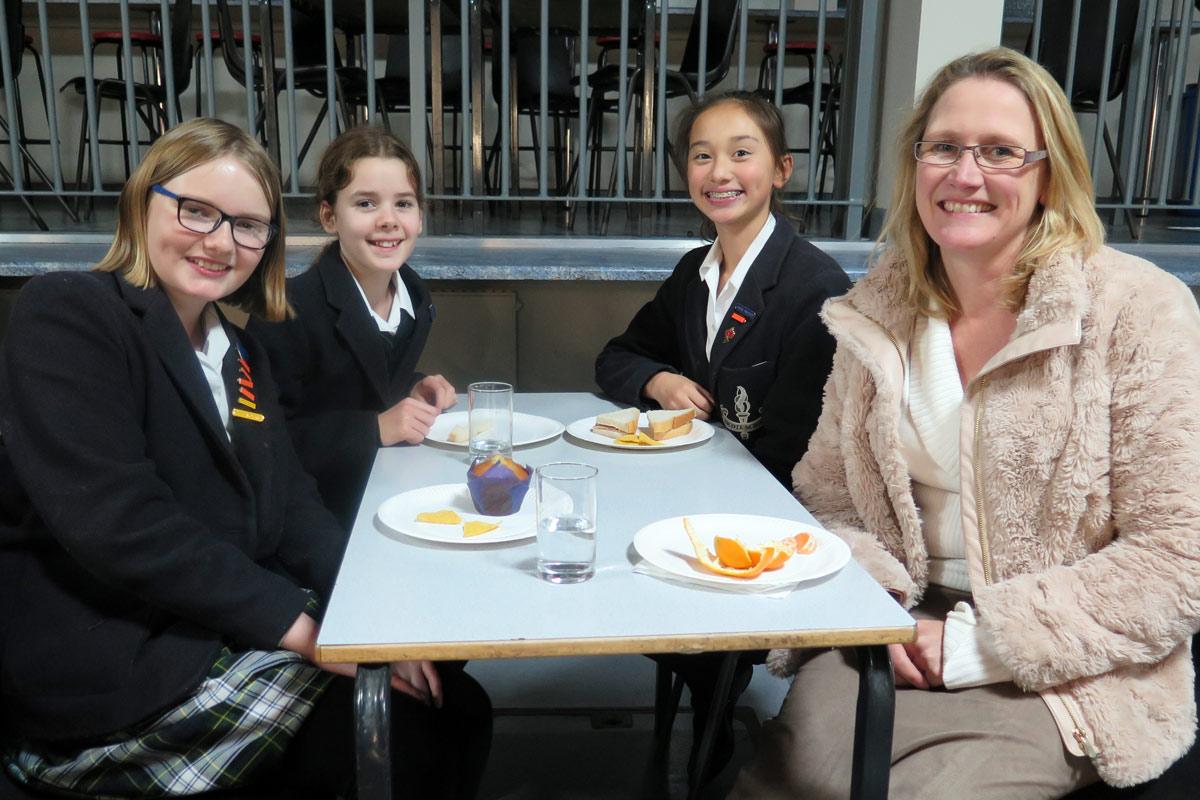 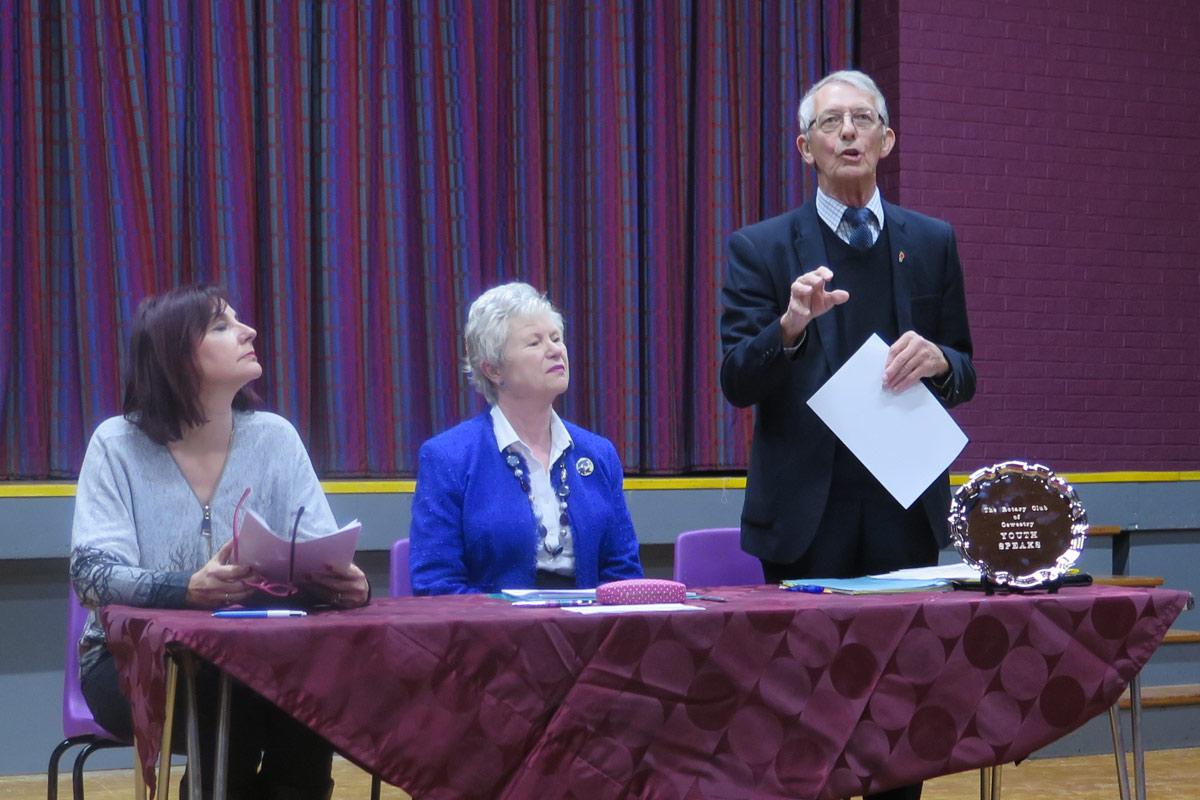 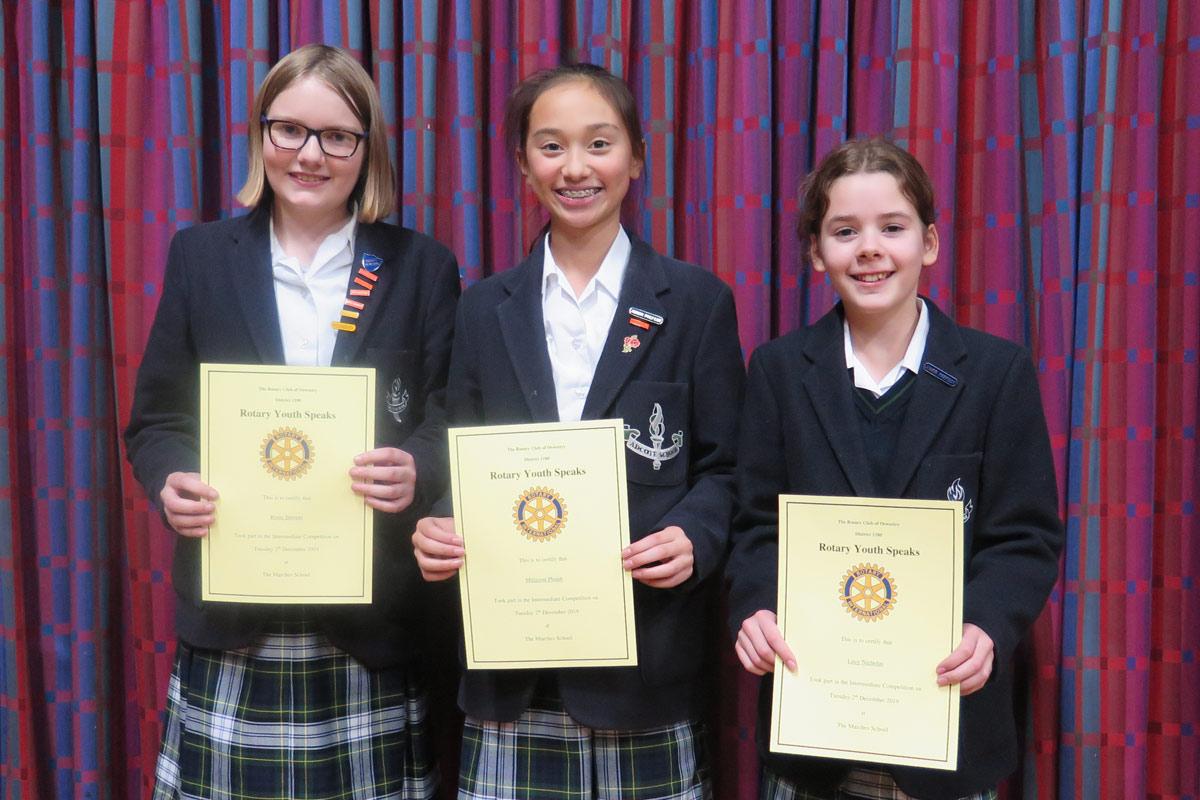 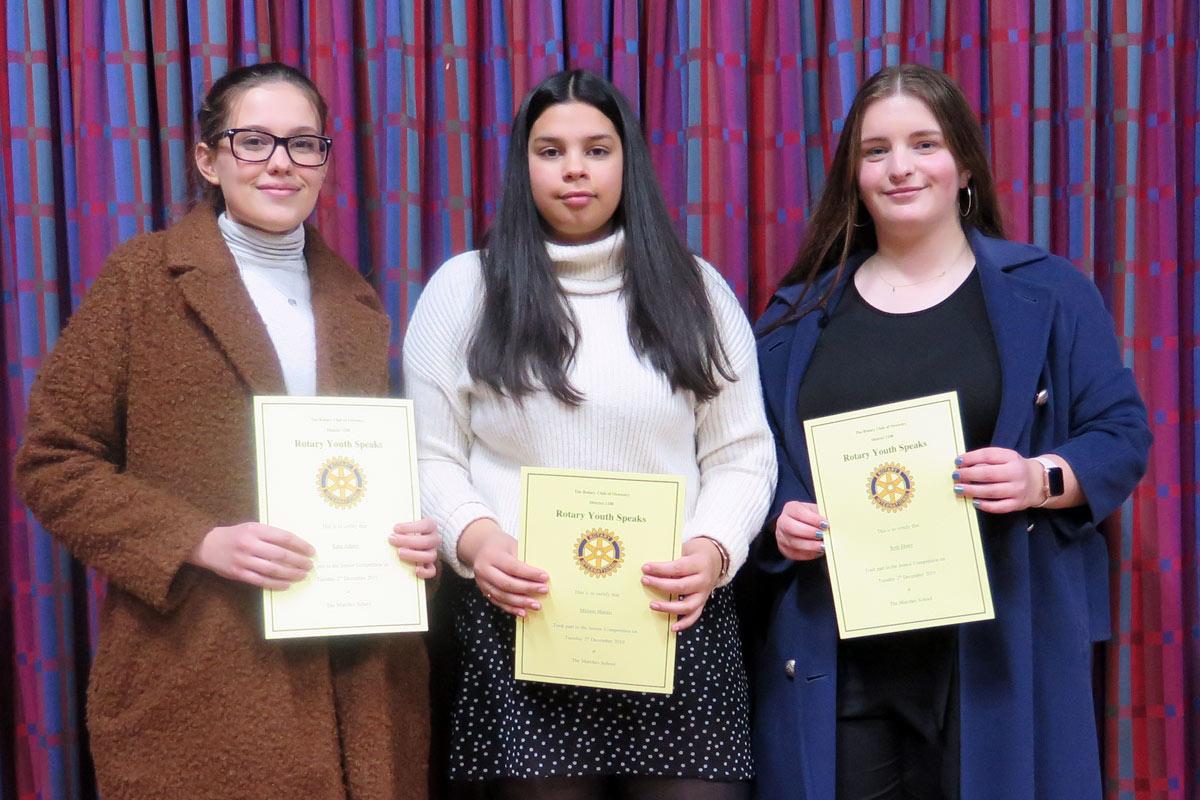 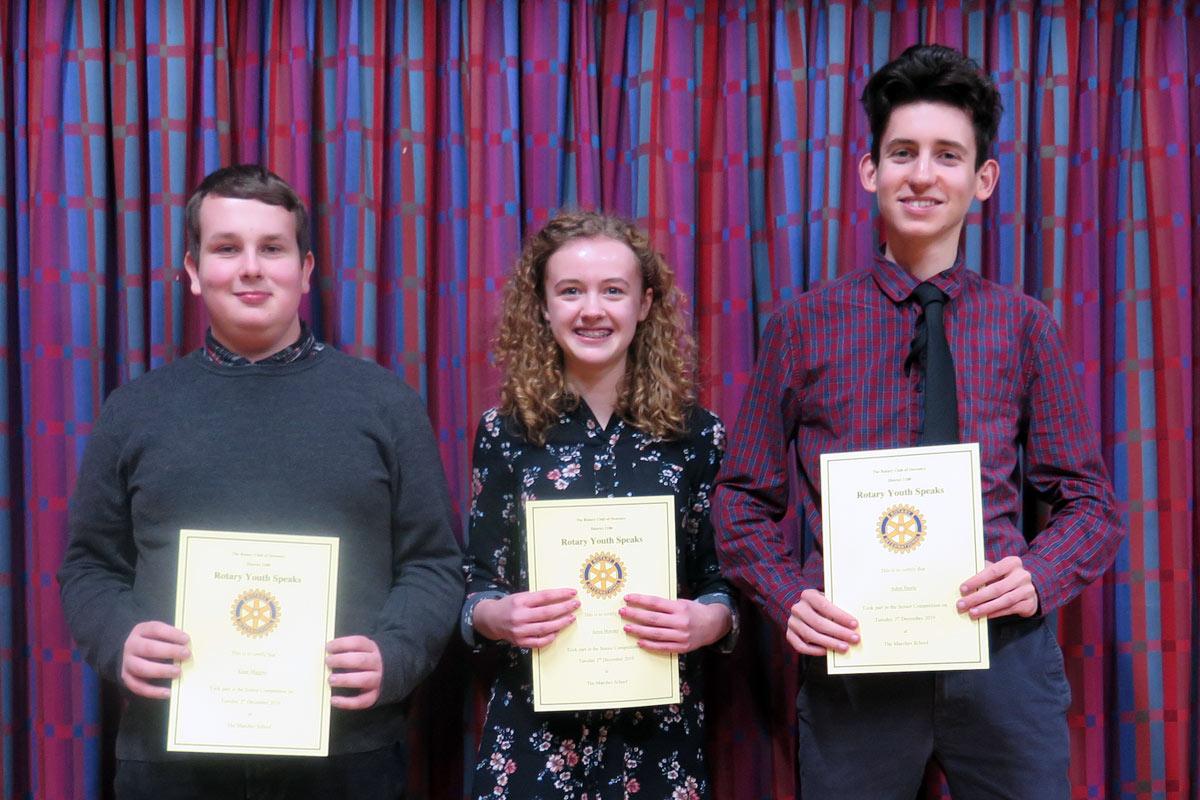 Teams of students from The Marches and Adcote Schools have won through the Local first round of the National Rotary 'Youth Speaks - A Debate' competition recently held by Oswestry Rotary Club and hosted by The Marches School.

This established competition, a public speaking opportunity for young people aged from 11 to 17, saw the pupils challenged this year by the introduction of the extra element of debate.  Each of the team's three members had the specific roles of Proposer (speaking for the motion), Opposer (speaking against the motion) and Chairperson who introduced the team and summarised for the audience what they had heard.

Competing in separate age groups under strict time constraints, Adcote won the Intermediate Competition with the topic "The ethical implications of zoos" whilst The Marches Team 2 was successful with the topic "Should we rewrite History?" in the Senior Competition.

The Judges for the event were impressed with the confidence of the students in preparing and presenting their own topics and commented in general on the content and delivery of each team.  Announcing the overall winners in each age group, the Chair of the Judges Mrs Christine Hughes offered advice for the winners in the next round and wished them good luck.

Event organiser Rotarian Mrs Susan Leonard said: "The Oswestry School Senior team took their first steps in the competition with our Local Round in 2016 eventually going on to win the National finals ahead over 2,600 other teams who entered that year.

"There really is the opportunity for students to refine and develop their presentation skills which is a very useful skill to have as they progress through life.

"I would like to congratulate the winning teams and thank all the schools and the Judges for taking part and The Marches School for hosting and providing such excellent refreshments for the teams and audience who braved a cold evening to come out and support."

It is all but certain there will be no District Youth Speaks competition this year.  Consequently that rules the whole District out of the Regional and National rounds.

This would seem unfair to the students who have won our own preliminary round and our commiserations go to them.

Oswestry School have agreed to host next year’s preliminary round.  As soon as a date is known then both the Club and the potential schools will be notified. It will almost certainly follow this year’s format.