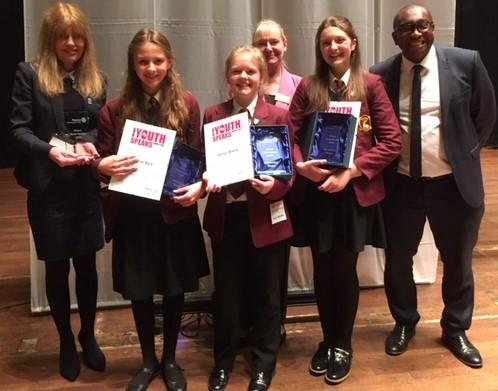 At the Rotary National Youth Speaks Intermediate (Age 11-13) Final, the Tytherington School Team won a tough competition competing against teams from Abingdon, Abergavenny, Frome, Oakham, Colchester and East Kilbride. Anna (Chairperson), Esther (Speaker) and Amelie (Proposer of Vote of Thanks) impressed the three adjudicators with their presentation entitled ‘Should 16-year olds be eligible to vote?’. Their success in the Final is the culmination of successes in three previous rounds of the competition at Local, District and Regional stages.

Headteacher, Mr E Botwe said: "This is a phenomenal achievement. We are delighted with the team's achievement. This is the first Public Speaking national competition which the school has won so I am an extremely proud Headteacher. A huge thank you goes to Mrs Burke who has worked tirelessly to prepare the students for the competition. "

Teacher Mrs Burke said:” Our team did brilliantly and won in the face of fierce competition. Anna, Esther and Amelie all performed extremely impressively as individuals, but also formed a poised and professional team. It has been a challenging and rewarding journey, and we are grateful to the Rotary Club of Macclesfield Castle for giving us the opportunity to take part. I am immensely proud of what the Tytherington team has achieved. They have worked very hard and thoroughly deserve their success.”

Rotary President Carole Murphy was delighted at their success:” This is the first time a school sponsored by our Local Rotary Club of Macclesfield Castle has won a National Competition. Mrs Burke and team have worked so hard over several months and we are delighted for them”. 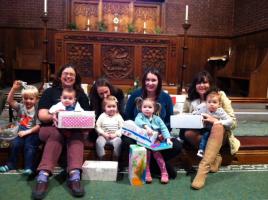 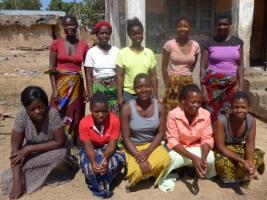