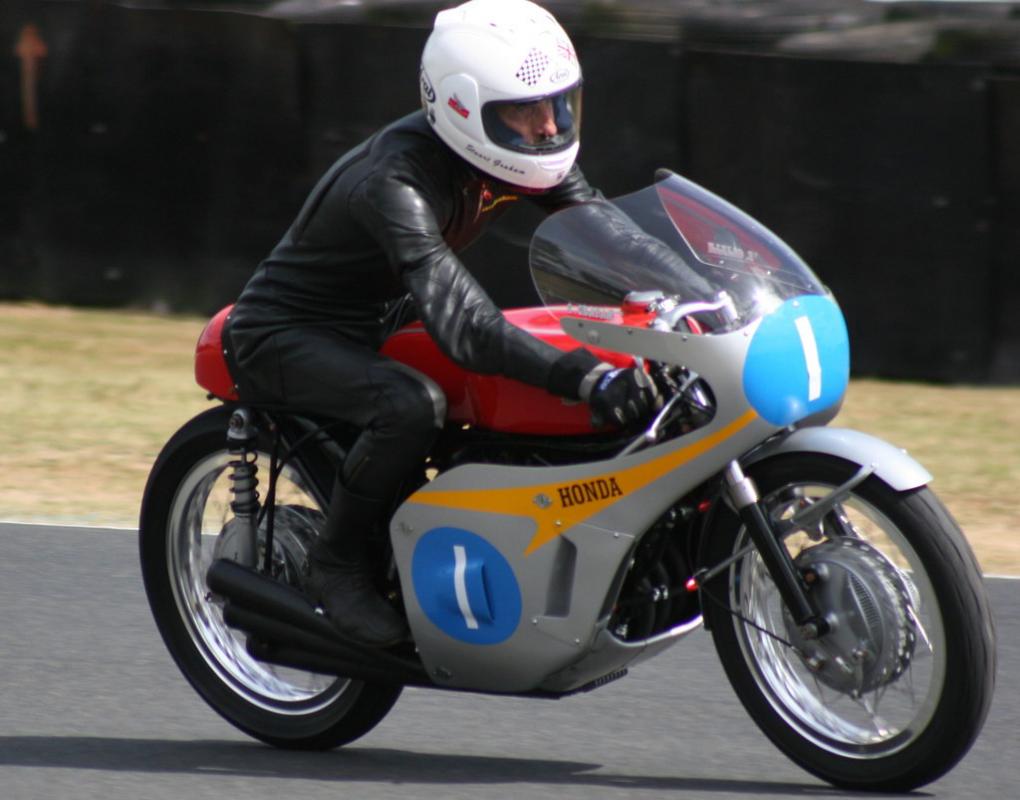 Stuart came from a motor racing family and his father was the post war first world champion, the family were living in Italy and Stuarts father was racing at the Isle of Man and very sadly was killed.

The family following his father’s death, moved to Aston 3 miles from Nantwich and became friendly with Robin Latham’s family. Stuart then went to boarding school in North Wales and on leaving school , he joined Rolls Royce as an engineering apprentice. During this time Stuart’s love of motorbikes led him to become involved with Bill Webster, who ran a motorbike sales business in Crewe and through this connection became interested in racing motorcycles and being successful, realised he could make more money at racing than working at Rolls Royce, so with a small van and two motor bikes went off to earn his fortune such as £20 pounds for winning a race at Oulton Park, but to earn real money he needed to race at such events as the Isle of Man TT and other Grande Prix events. As Stuart was now becoming successful, he was approached by Honda to ride works factory bikes alongside the great Mike Hailwood. Unfortunately Honda reduced classes and Stuart was left without a ride but fortunately Suzuki, who were aware of his abilities, invited him to Japan and ride their bikes. This encountered various very dangerous circuits in different parts of the world and several of his motor cycling friends would finish up injured or dead, but Stuart went on to win the Isle of Man TT. Suzuki then at this time stopped investing in racing  and Stuart wondered "what next".

He then invested in a garage business at Aston and one thing led to another and started racing in saloon car racing with a Ford Capri, but found that there were some serious guys with some serious car preparations.  With the garage business and connections, he was asked to prepare a Camero for a guy, who told Stuart that he could drive it if he wished and he drove it and broke the lap record at Oulton Park. At this time he thought he needed to try and get sponsorship and approached a firm by the name of Faberge who produced a men’s aftershave product called Brut. Stuart met with the marketing team and came away with a deal that if he won at Silverstone he would get the sponsorship and he won, this led to some wonderful marketing events and functions all over the world.

Stuart has obviously led a dangerous but exciting and fulfilling life and still very much enjoys the companionship and friendship he has made over his career in bike and car racing and it was great to here from a true sporting legend.