Rotarians meet Neil Dalrymple the artist tasked to provide a memorial to the centenary of the Armistice at the end of World War 1. 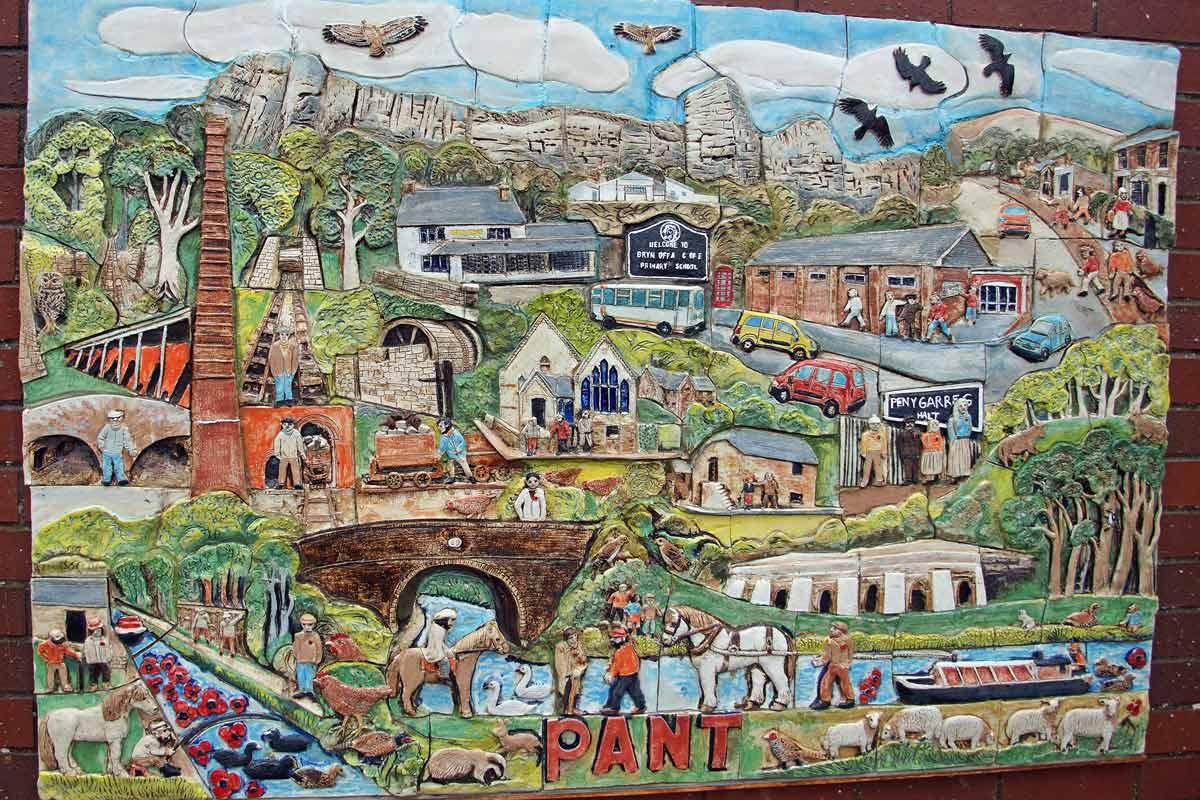 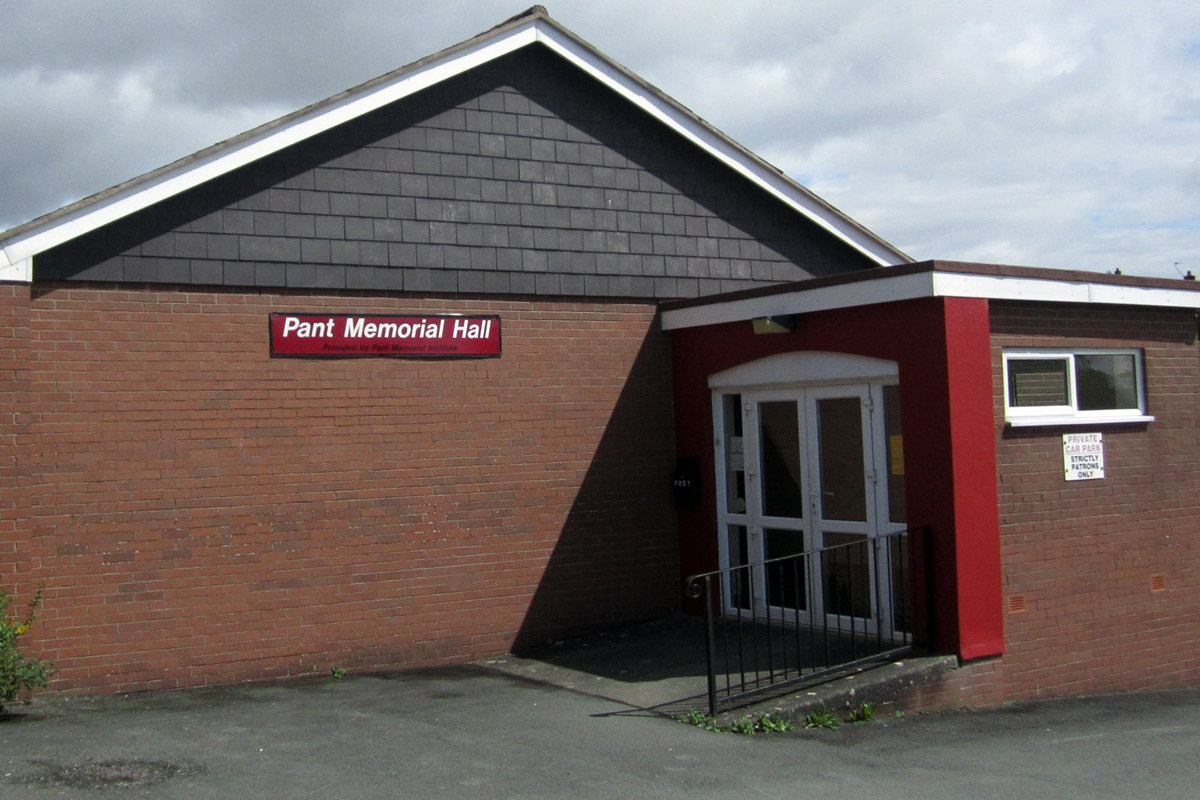 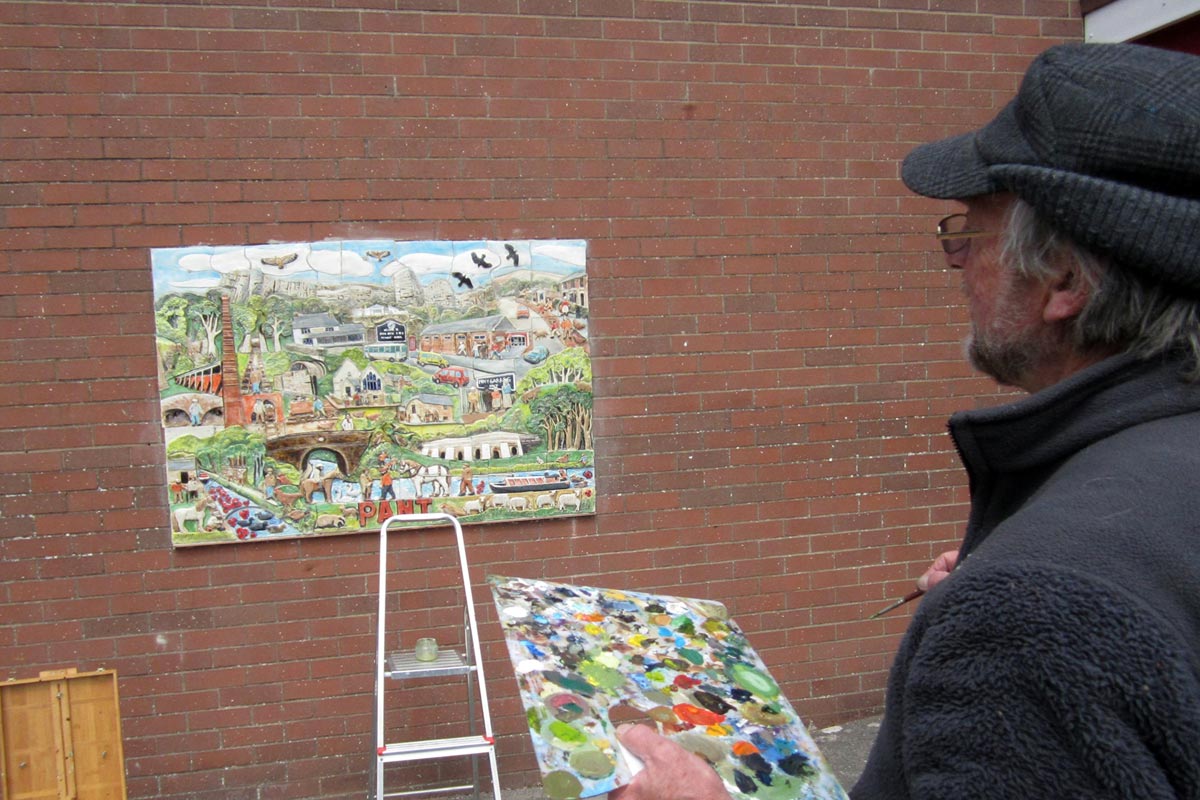 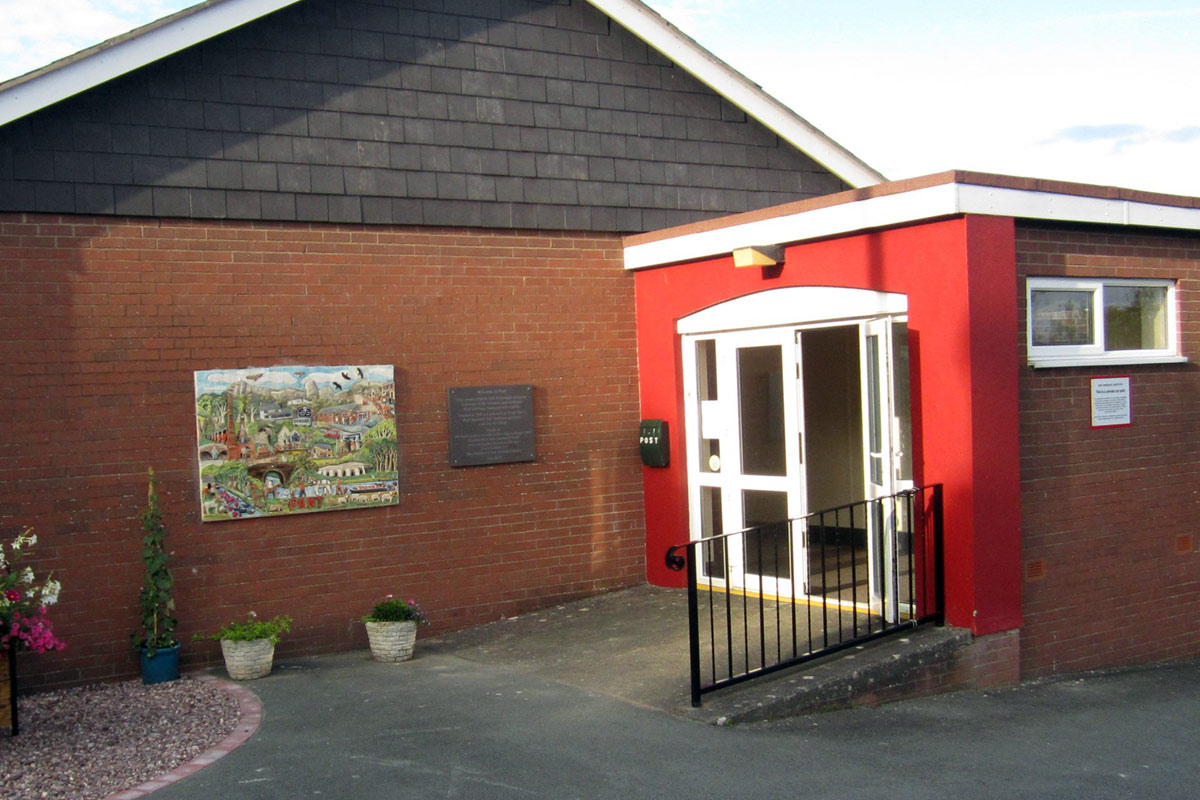 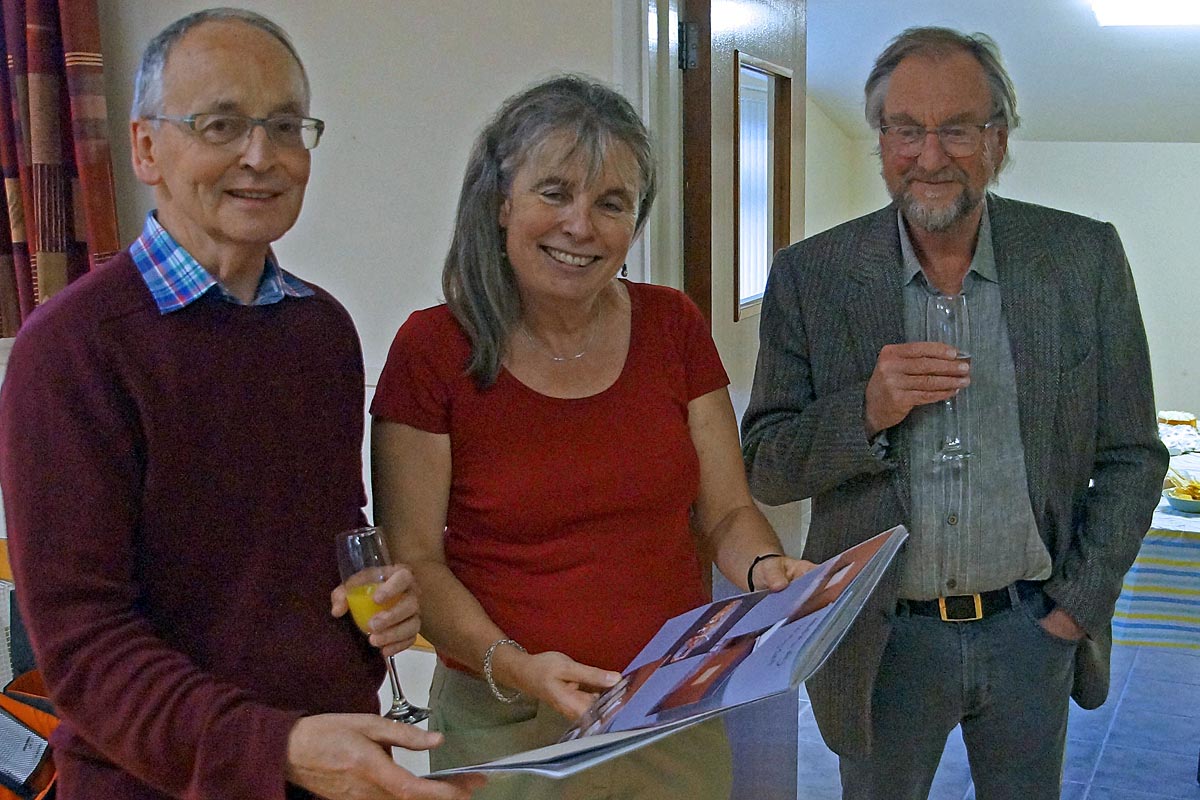 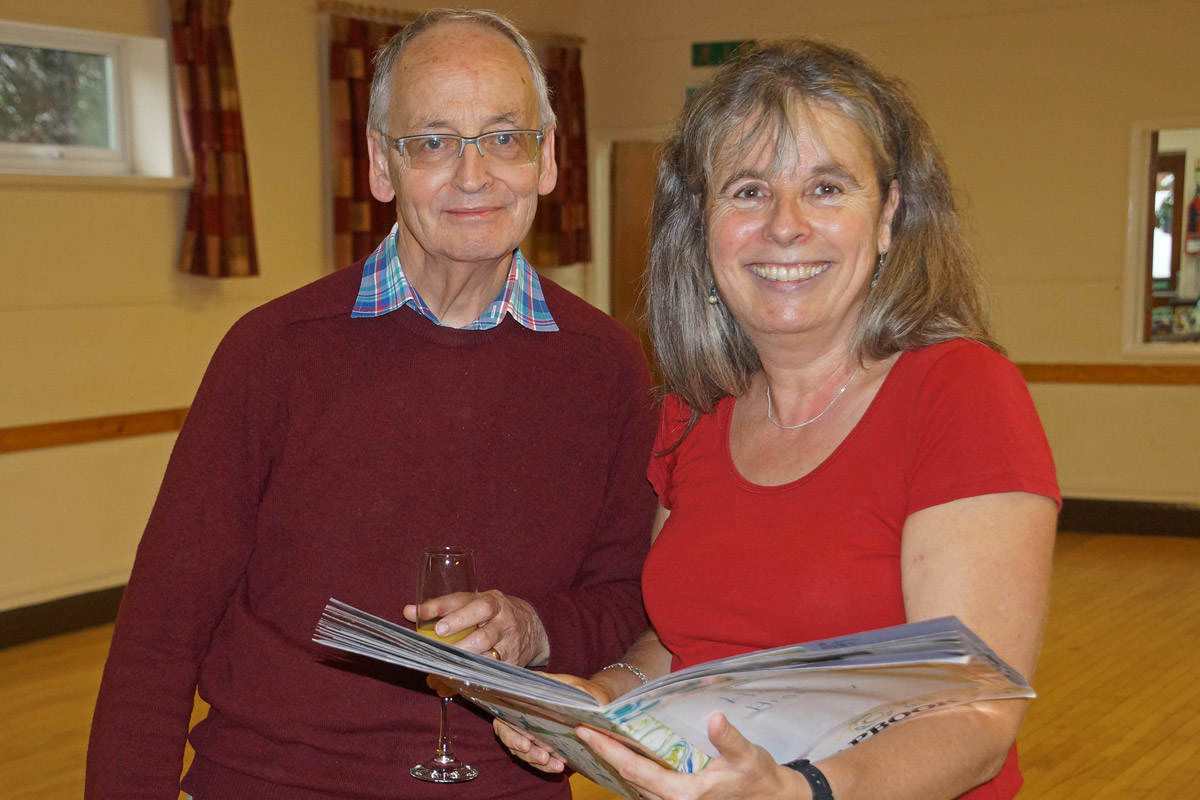 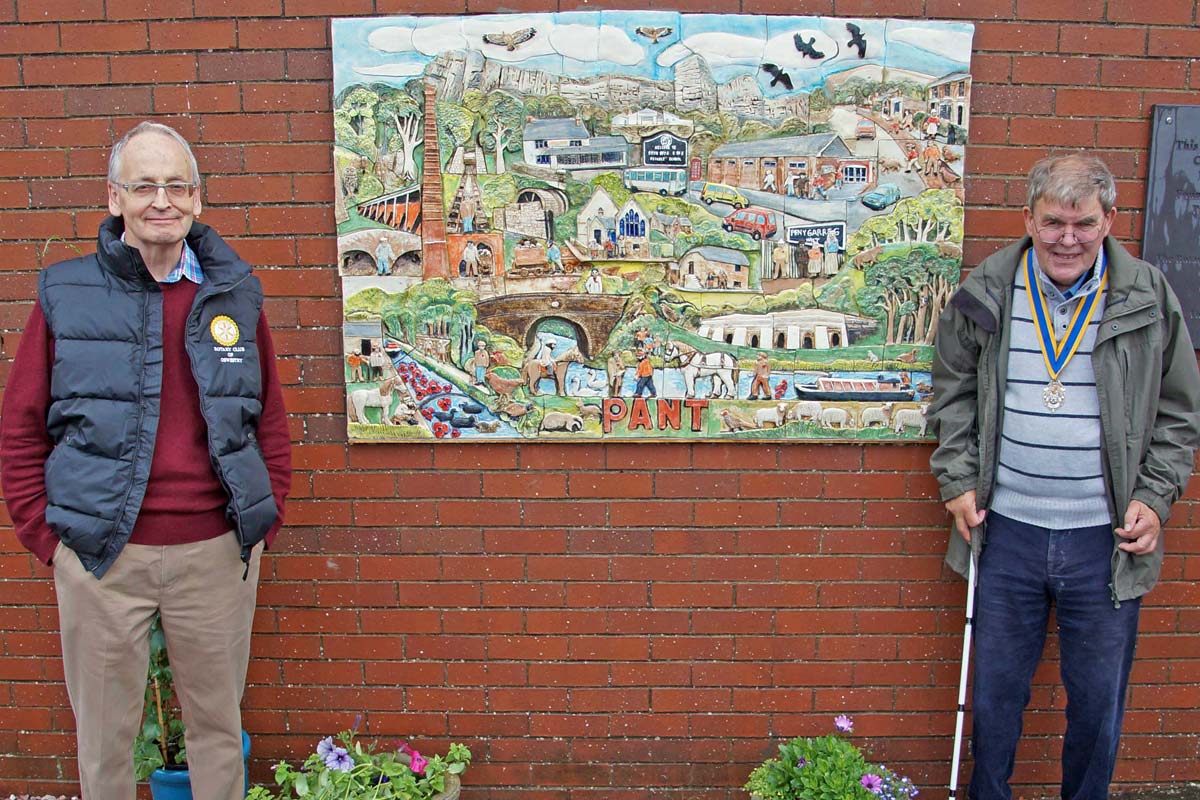 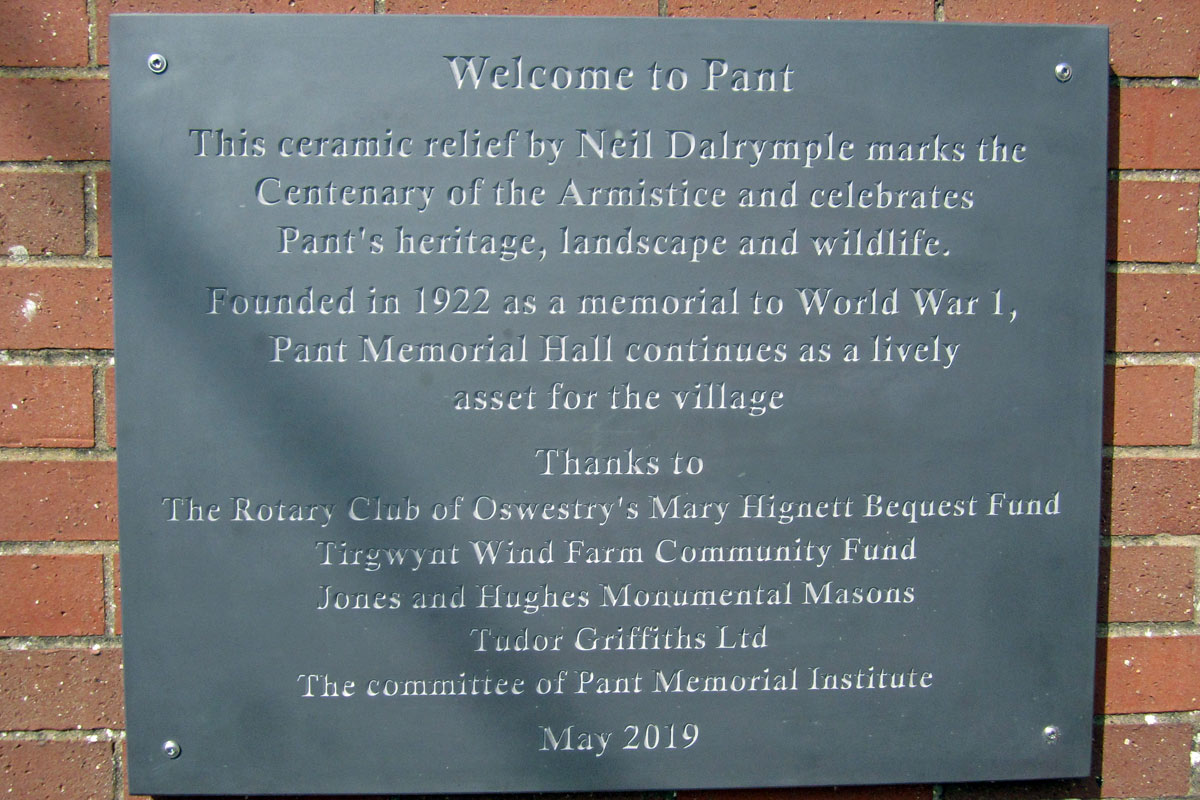 The downpour on Friday 16th of August did not prevent representatives of The Rotary Club of Oswestry meeting with artist Neil Dalrymple at Pant Memorial Hall. The event had been arranged by the hall committee to give local people and sponsors like the Rotary Club the opportunity to discuss with Neil the ceramic relief installation he had been commissioned to create to mark the centenary of the Great War Armistice and to celebrate Pant’s heritage, landscape and wildlife.

Measuring 2 metres by 1 metre, the artwork depicts many local scenes both of Pant’s present and past. Neil described the complex process of firstly creating a design that included local input then translating the design into a three dimensional representation in clay. The basic clay model had to be coloured then divided into pieces like a giant jigsaw puzzle to enable the multi-stage firing process to begin. The pieces then had to be re-joined and mounted in situ using special cement.

Hall committee chair Sean Bish said: "The work is a very fitting tribute with which to mark the Armistice and its location on the exterior of a building which is itself a memorial to the Great War makes it very relevant both to local residents and visitors to the area. The committee has overseen many expensive renovations recently so is especially grateful to the organisations that have covered the cost of the artwork and its installation through their sponsorship."

Rotary club president Mark Liquorish said: "Mary Hignett would have known the area round Pant extremely well and would have recognised many of the features included in the design. She would have been delighted that her generosity in making her bequest to the Rotary Club of Oswestry had helped to provide such a striking addition to the village.

You can read more about this project here.

Words and (most) pictures Graham Moss