The Weymouth Dragon Boat Challenge took place once again on August Bank Holiday Sunday on Weymouth beach. This annual event which is organised by the Rotary Club of Melcombe Regis raised money this year for Weldmar Hospicecare Trust. 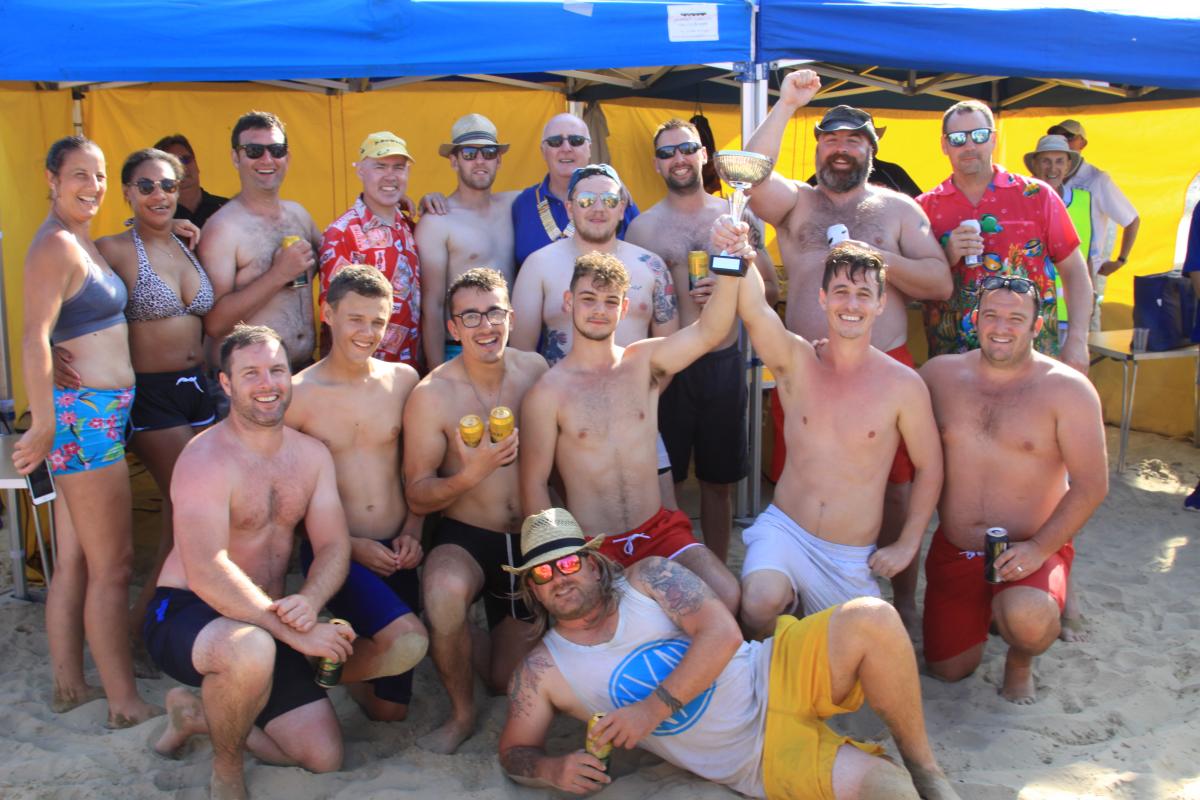 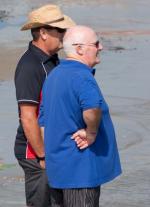 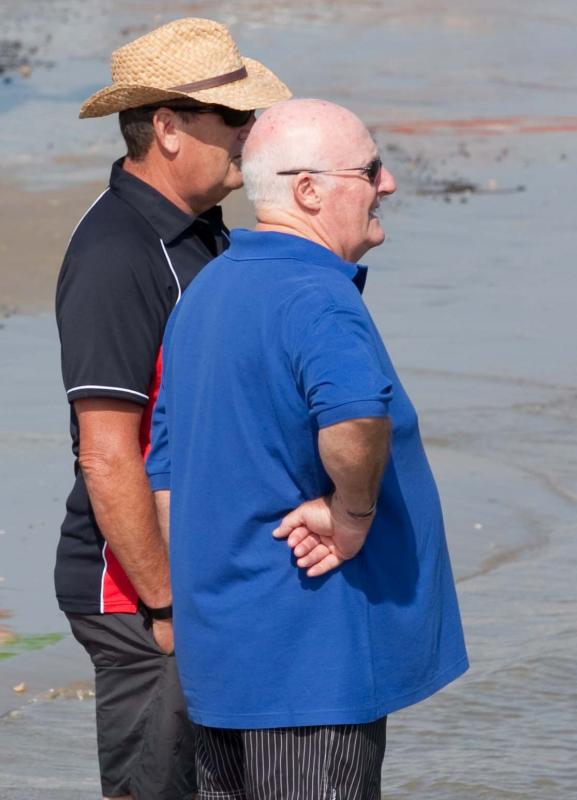 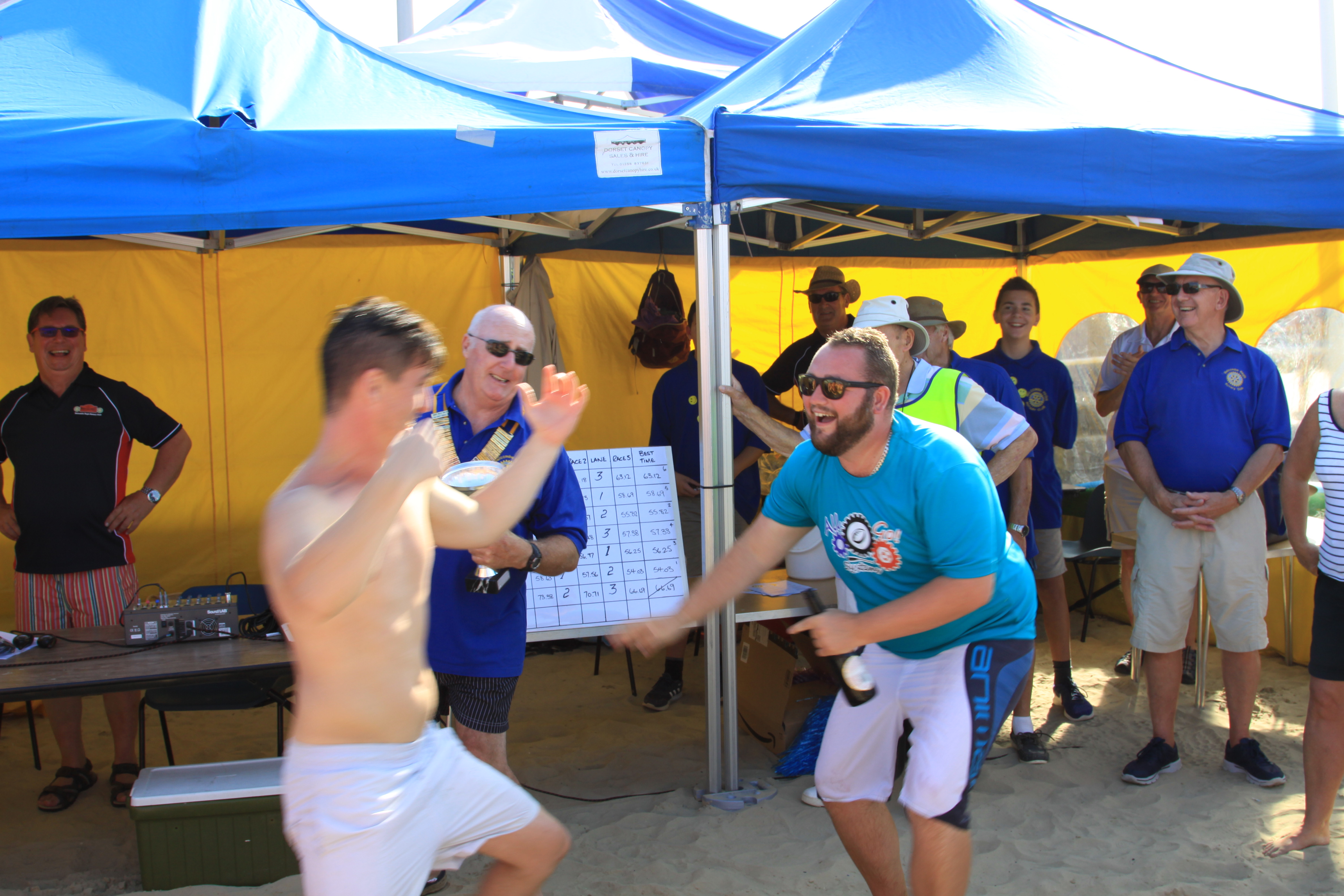 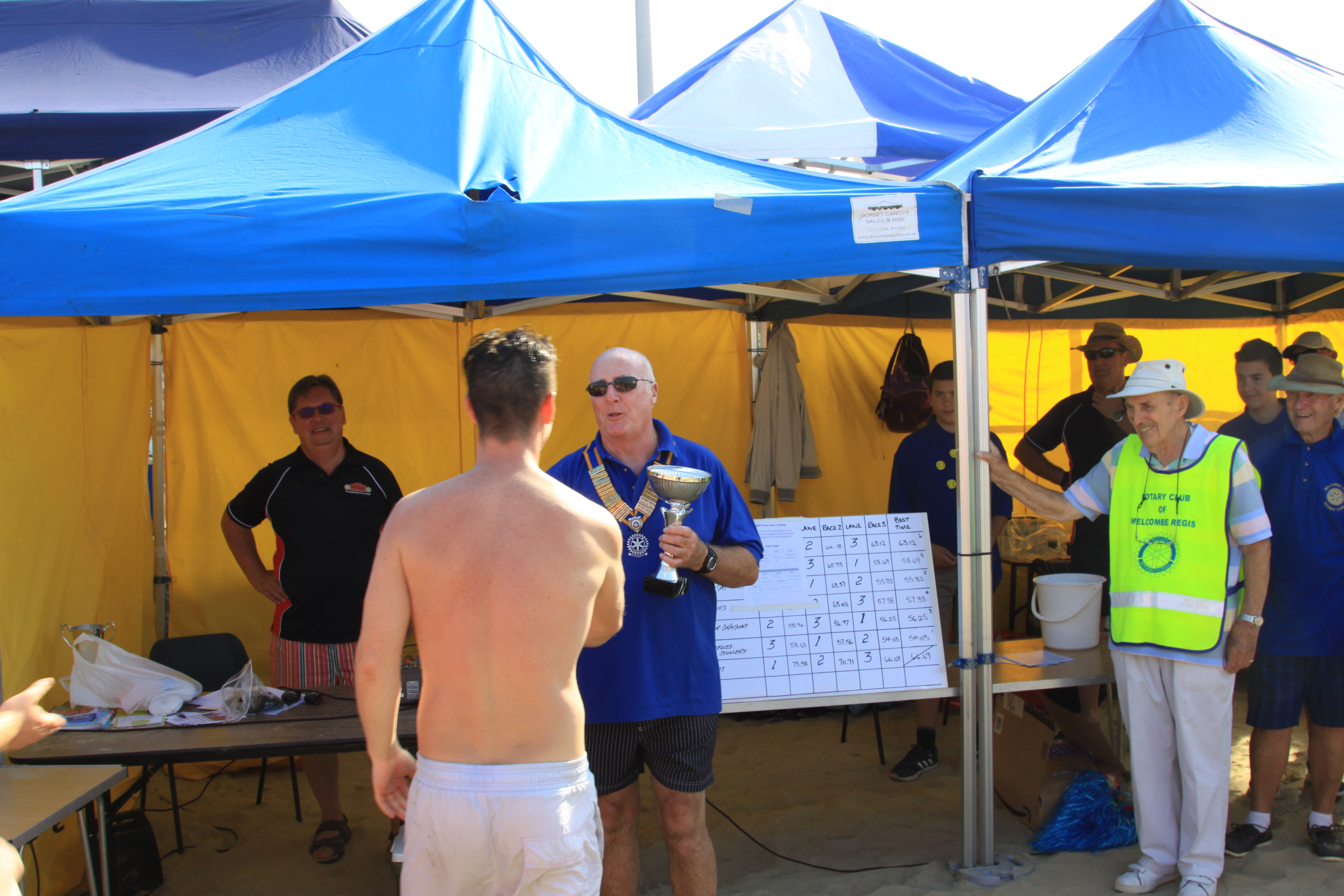 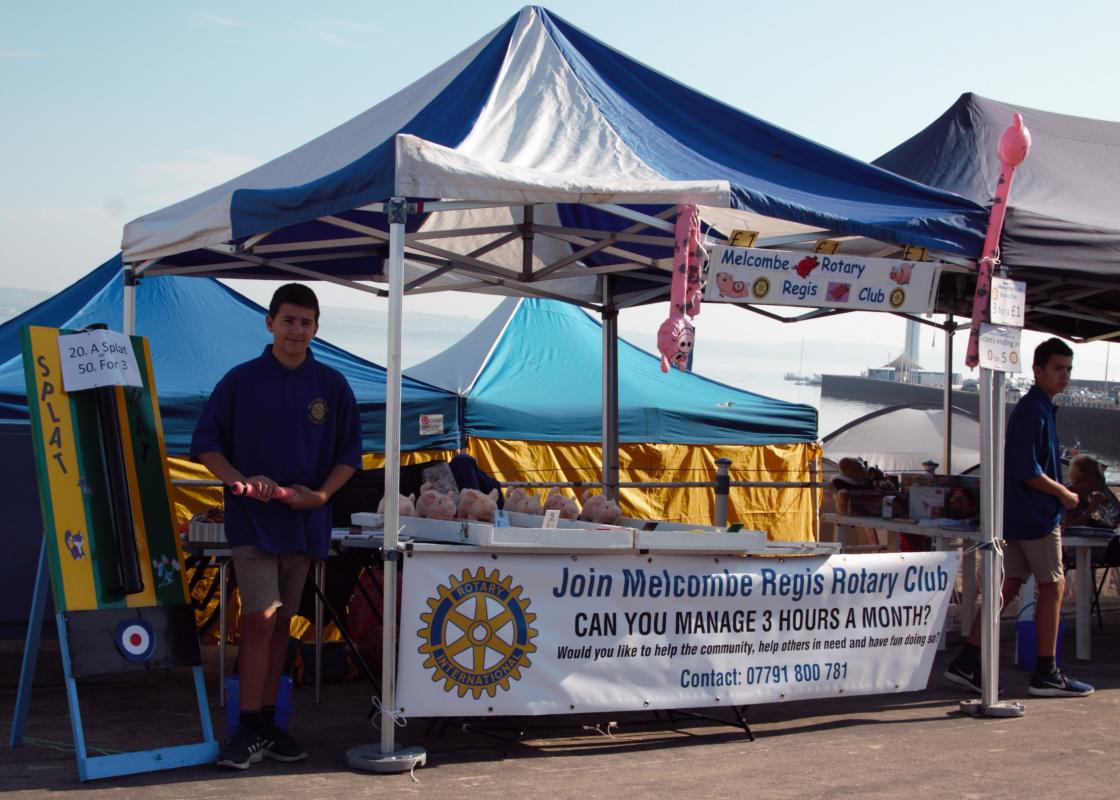 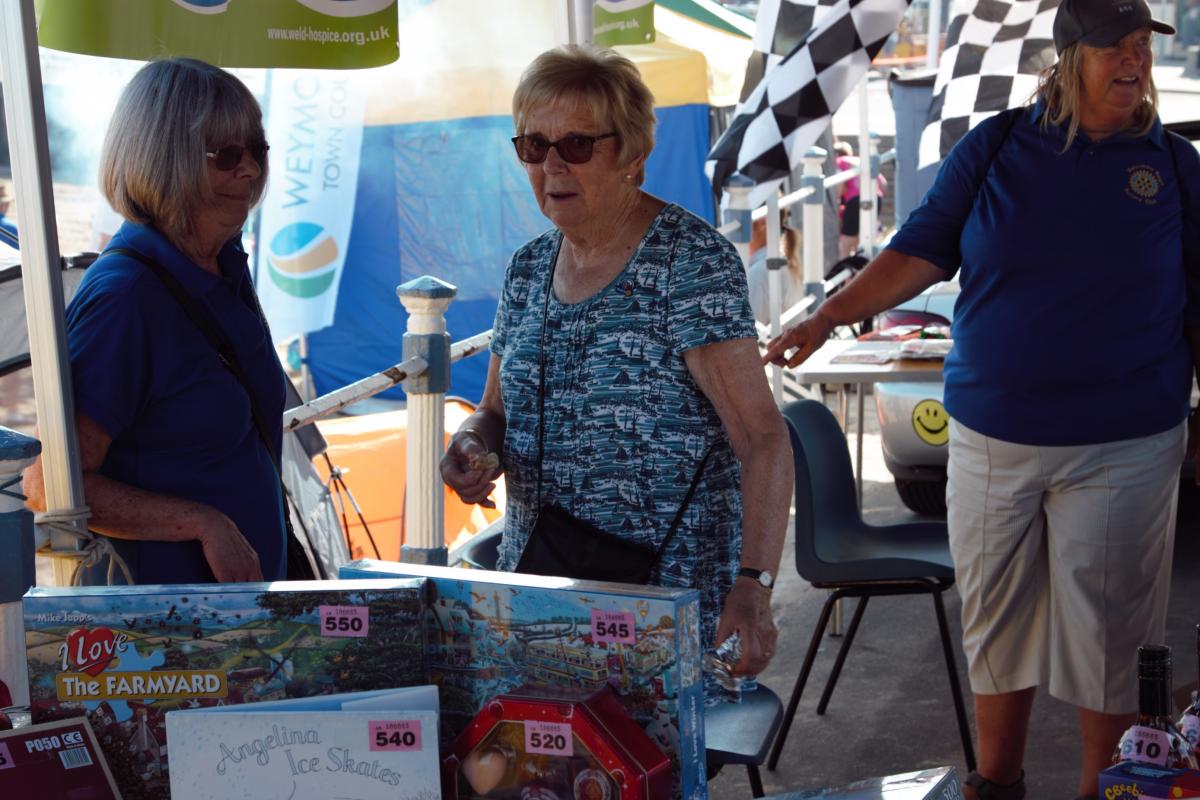 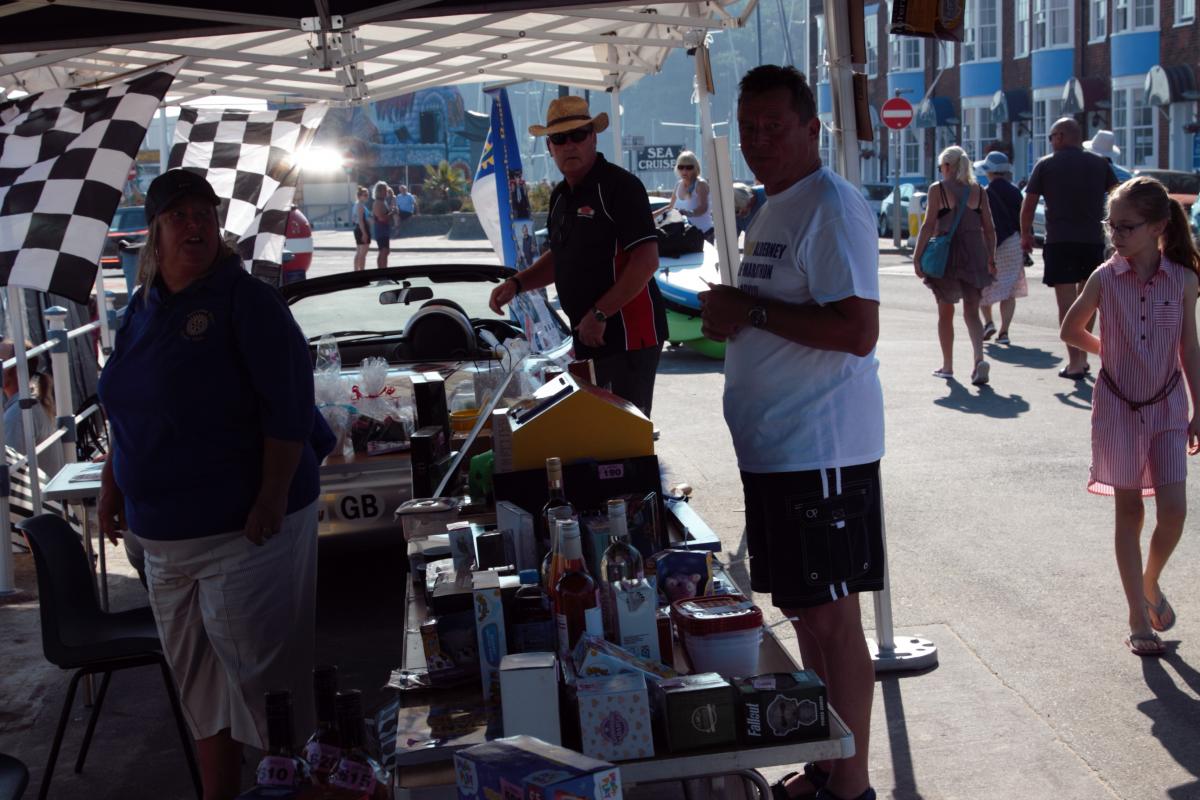 The president of the Rotary Club of Melcombe Regis, Graham Morrison, presented the trophies and first of all thanked PGL Adventure Holidays for all their support, in fact the event could not take place without them. He also thanked everyone who had come along to help the club to put on the event, all the teams who had entered and their supporters who provided lots of entertainment.

The first prize awarded was ‘The Granby Shield’ won by All Systems Go from FGP Systems.  The Ladies trophy for the fastest ladies team was won by Pink Champagne. ‘The Spirit of the Event’ trophy was awarded to the Wey Wallies team for their great effort with fancy dress. The Champions Cup for the winning team was awarded to The Sozzelled Scullers who included members from the Weymouth and Portland Rugby Football Club.

During the day members and friends of the Rotary Club ran stalls on the seafront and the car which had participated in the Monte Carlo or Bust Rally earlier in the year was also on display.

The money raised on the day from this event totalled in the region of £1,700.

Please see the link below for a short video of the day: