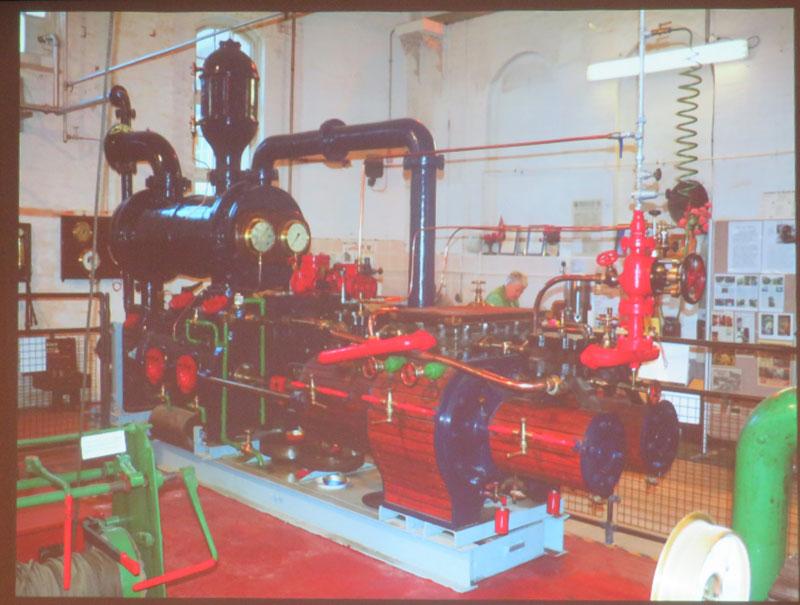 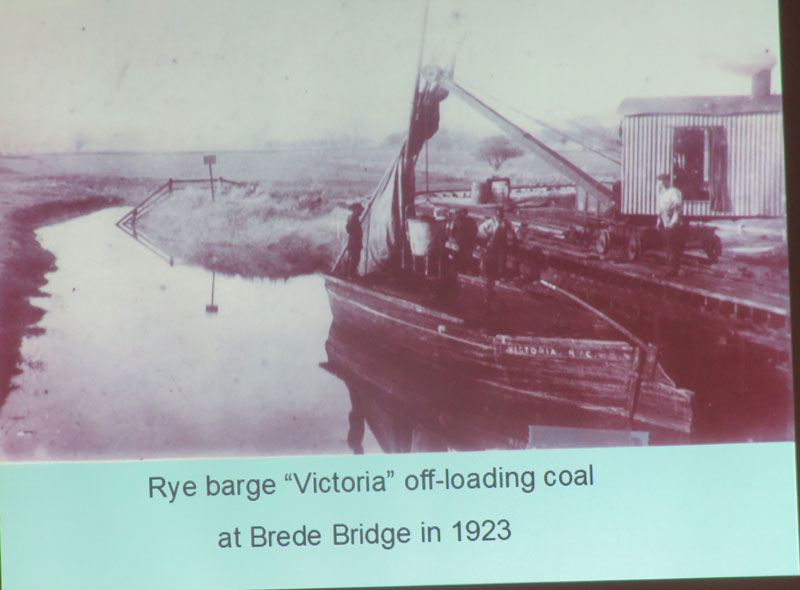 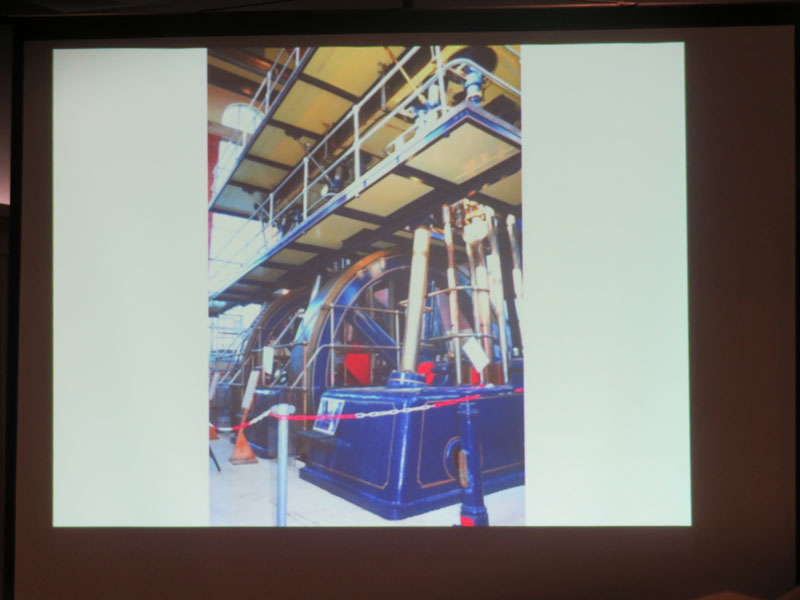 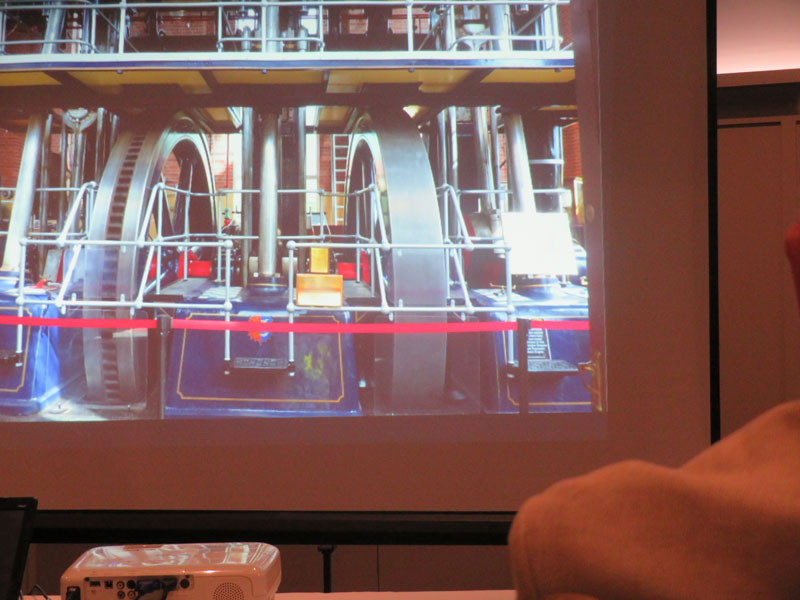 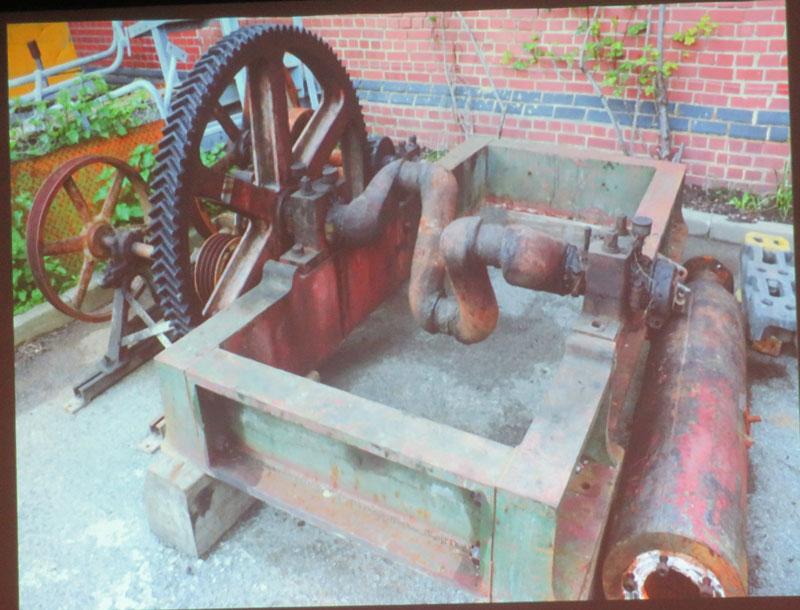 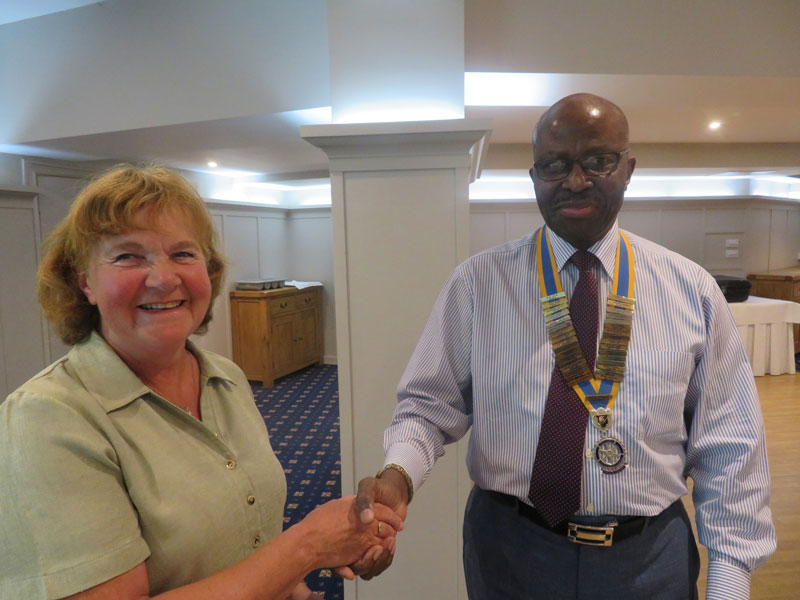 The club’s speaker on 18th September was Barbara Atkinson, a volunteer with the Brede Steam Engine Society a group that cares for the redundant water supply pumps at Brede, just outside of Hastings.

The old fishing community of Hastings used to take water from the Bourne Stream, which flowed through the centre of the settlement. As the town grew and people came to expect a clean water supply in their houses a better water supply needed to be found. After some investigations in the countryside on the outskirts of Hastings a suitable site with the quality of water needed was found at Brede. It was agreed to build a water pumping station there to lift water some 260 feet from the underground aquifers, purify it and pump it on to Fairlight Reservoir so that it could be fed into Hastings by gravity.

Work began in 1896. By 1904 three interconnected wells had been constructed, together with a 99ft high chimney, a boiler house containing 2 boilers to provide the steam to the 2 massive “Tangye” pumping engines that were housed in a new Power House building. Road access to the site in the Brede valley was not possible at that time and so all the materials to build the pumping station had to be shipped into Rye and transferred onto barges for the journey up the Brede River to Brede Bridge. Once there everything had to be transferred again, this time onto a narrow gauge steam railway that was constructed to give access to the building site! These steam powered pumps were capable of bringing 1,000,000 gallons of water per day to Hastings!

In 1939 another large pumping engine was added to the site because the town had grown and more water was needed. Water was also brought to the site from 2 surface reservoirs constructed for the purpose – at Powdermill and Darwell. Once operational the three giant pumping engines were together capable of delivering 3,250,000 gallons of water per day to the town.

In 1964 new electric pumps were installed on site and gradually the old “Steam Giants” were taken out of service. One of them was scrapped but the other two remained. The remaining 2 were left to rot until the “Brede Steam Engine Society” was formed in 1994 with plans to renovate them so that people in the future could marvel at their majesty. They can now be seen working again (running on compressed air, not steam, as the boilers and chimney had been removed in the past). The team of volunteers have since continued to use their expertise to renovate many smaller steam pumping engines, all of which can be seen working at the site.

My thanks to Stan Atkinson of the Society for the material for this report.