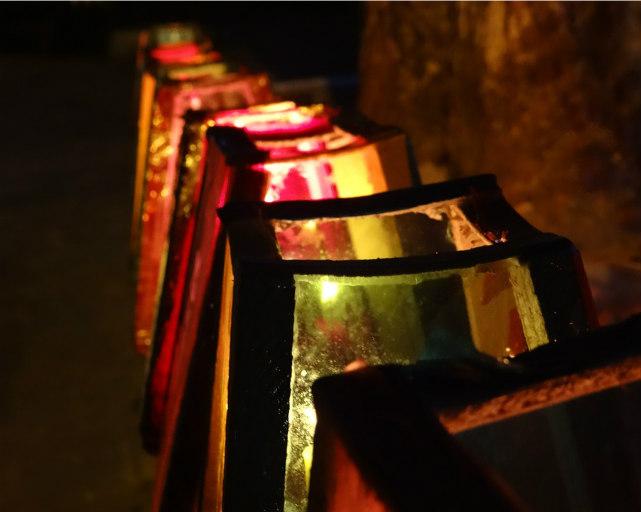 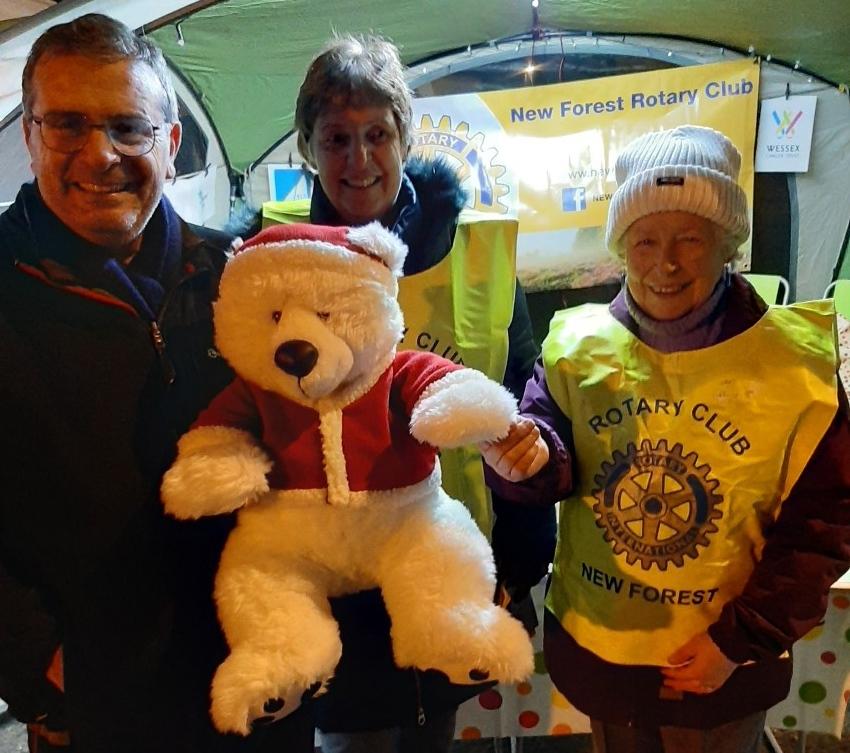 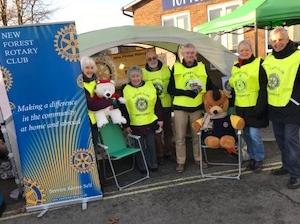 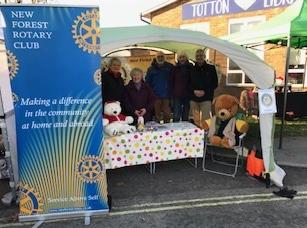 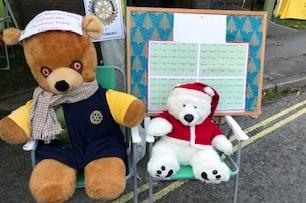 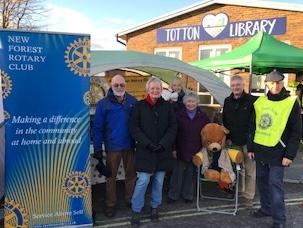 "Steve and Rosemary Timms and Jane Wilson-Brown attended a Lantern Workshop at Minstead Lodge on November 26th and made lanterns for the 7 people from Rotary who were walking in the parade. It was rewarding working alongside the Minstead Trust students whose enthusiasm was infectious. It was concluded that their cutting and sticking skills hadn’t progressed much since they were at Primary School, but they found the exercise therapeutic and produced some splendid lanterns.

Organising the club’s entry into the parade was quite a steep learning curve, especially as conflicting information was received right up to the day of the event. Nevertheless, it came together in the end and the objective to get New Forest Rotary Club recognised within the Totton Community was achieved. The new information leaflets were well received by visitors to the stall. The ‘Name the Bear’ competition drew children and their parents, as well. The Bear’s name turned out to be Noel, rather appropriate for the season and it was won by a young girl from Southampton. The competition raised just £22 but the idea was for it to attract people to the stall rather than make money. Nicola and Tony Antoni did a fantastic job drawing in and talking to entrants and it was good that they sold the winning ticket. Our Rotary Club logo appeared alongside that of Minstead Trust in a short article about the ways we have supported the Trust, published in the parade carol sheet. Members were also photographed in their tabards on the stall and during the parade, so more people in Totton will now recognise the Rotary Roundel.

A big thank to everyone who helped with the parade – it was great teamwork by the Club."