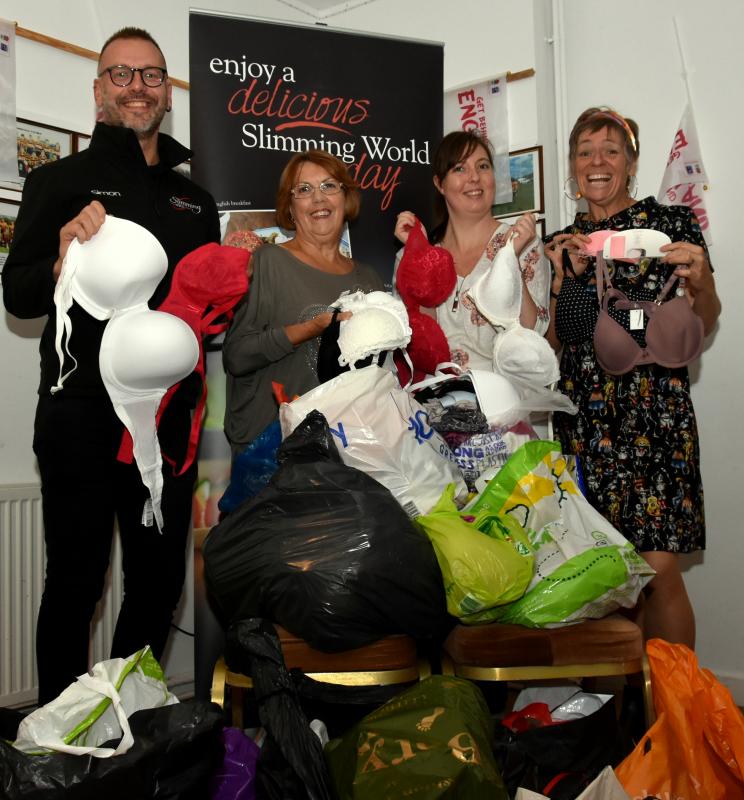 The three Clitheroe groups, led by Kath Rimmer, Vicky Jackson and Simon Woof, plus their other groups in Blackburn and Darwen donated more than 600 bras and smalls for the Charity “Smalls for All”.

Organised through Clitheroe Rotary this under wear is distributed in the third world to young girls and woman who do not have the luxury of bras and decent pants. By wearing under wear this as proved to help prevent rape, especially to the young woman.

The many bags collected, as a combined effort from all three meetings, were presented to Clitheroe Rotarian Mary Robinson.

Many thanks for such a grand effort.

If you would like to donate unwanted underwear, pants must be new, Clitheroe Rotary has a drop of point at Honeywell’s Estate Agents, Castlegate, Clitheroe. Any donations would be much appreciated.

If you are interested in joining Slimming World, just turn up at one of their meetings. In Clitheroe group meetings are held at Clitheroe Rugby Club on a Tuesday at 8AM, 10AM, 3:30PM and 5:30PM and at Clitheroe Cricket Club on Monday’s at 5:00PM and 7:00PM.