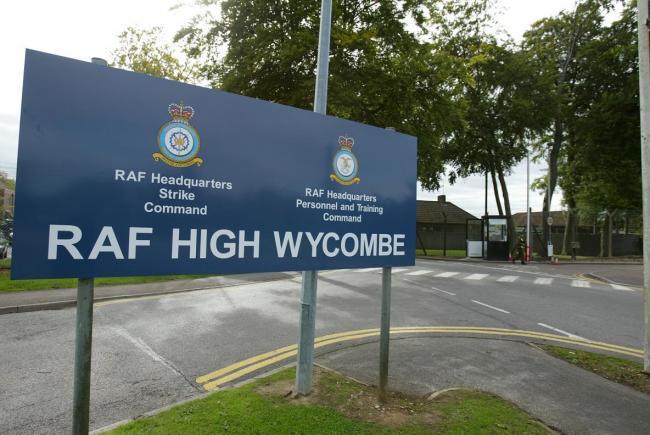 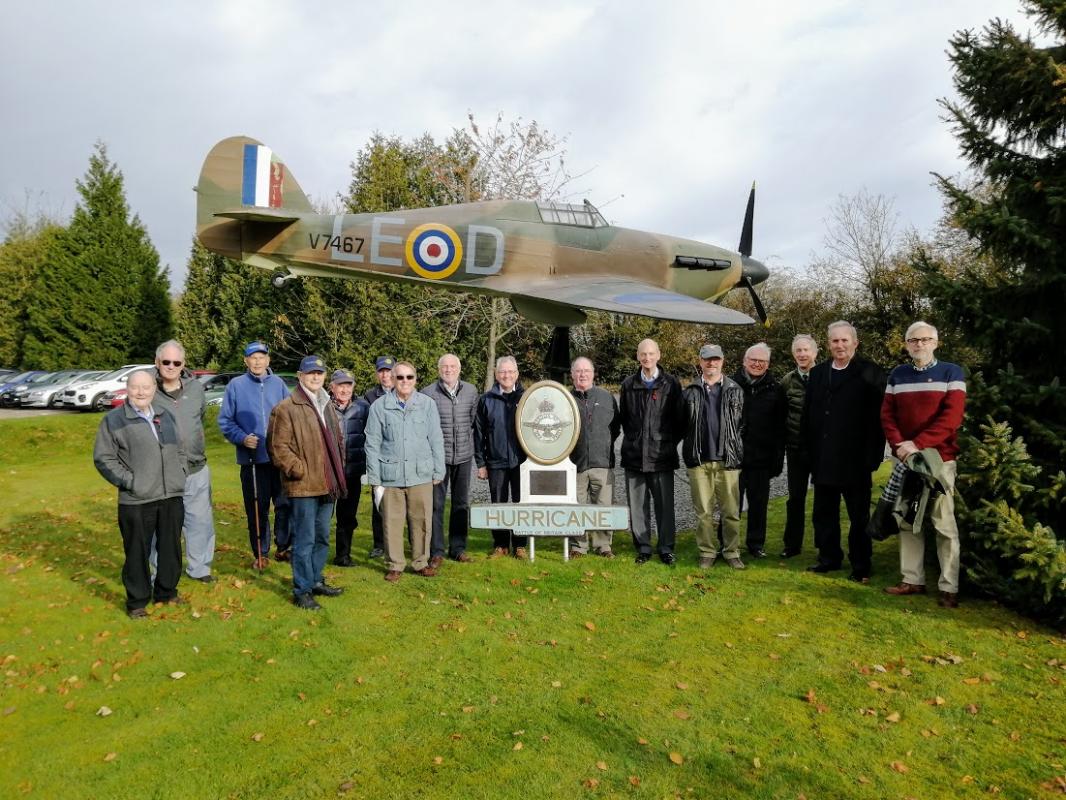 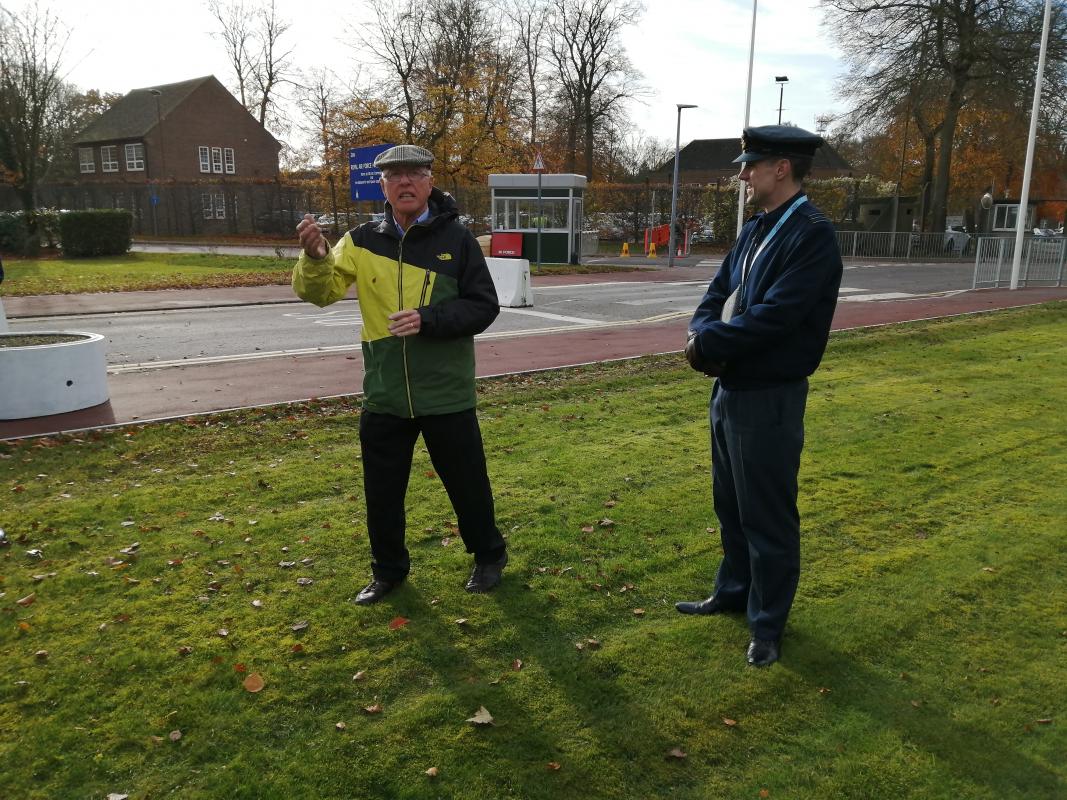 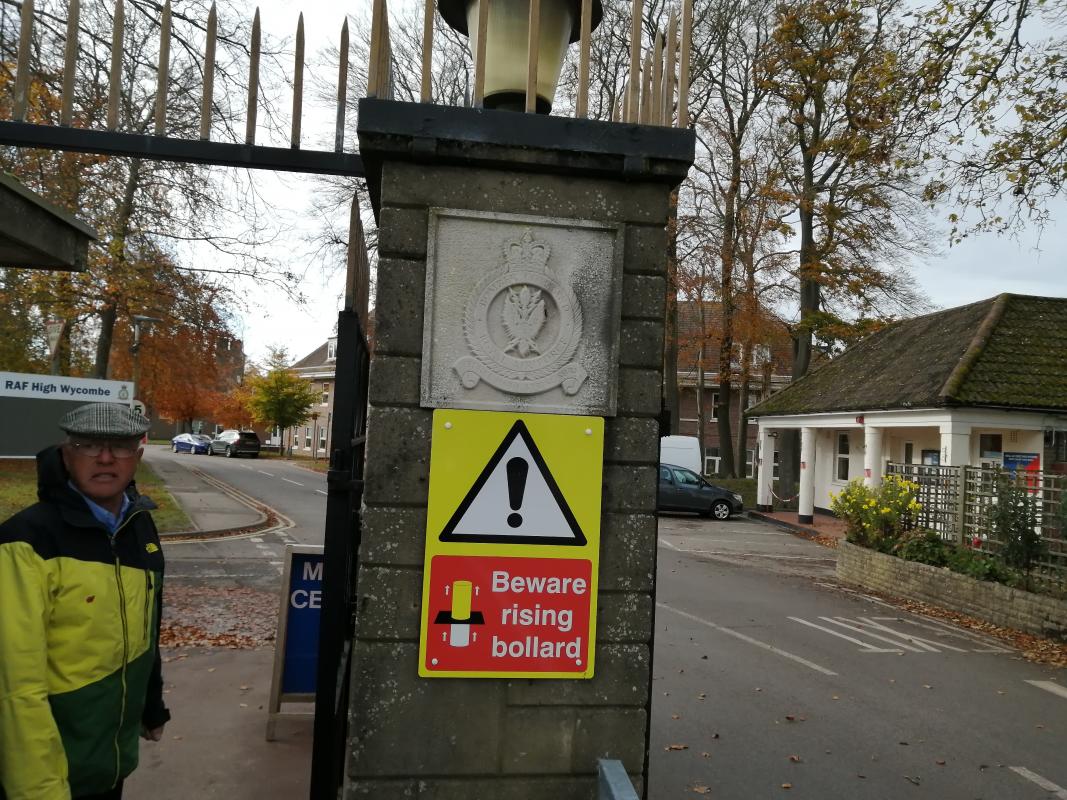 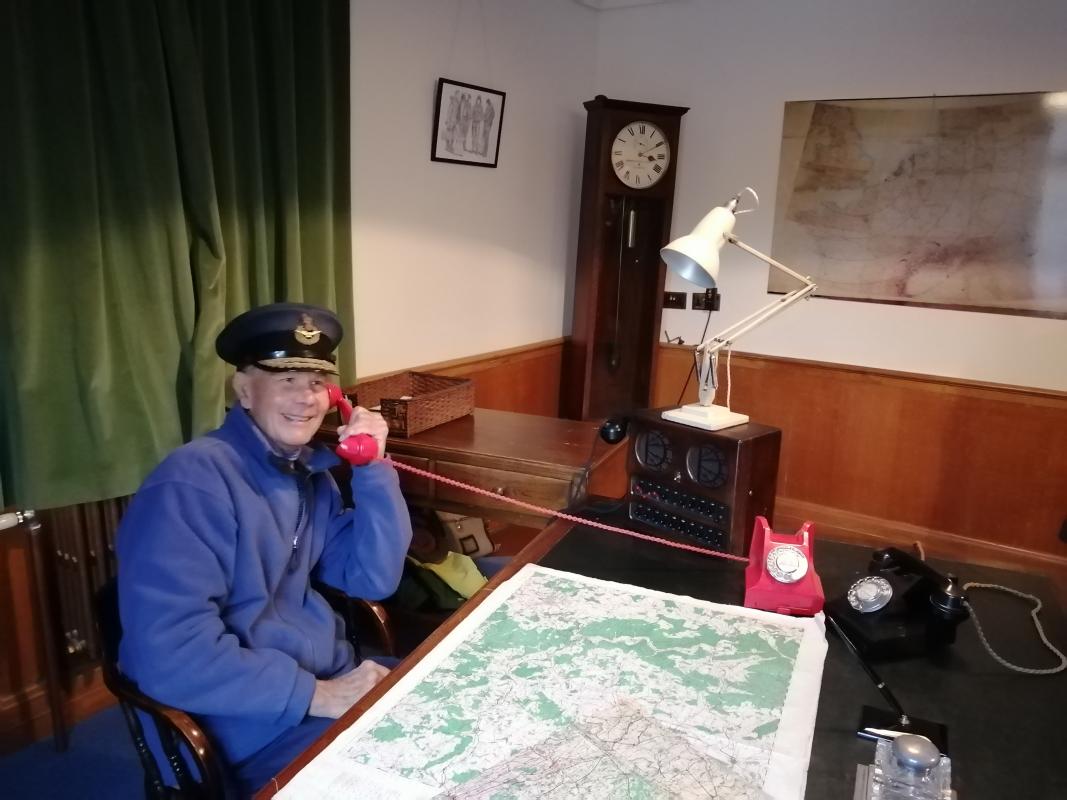 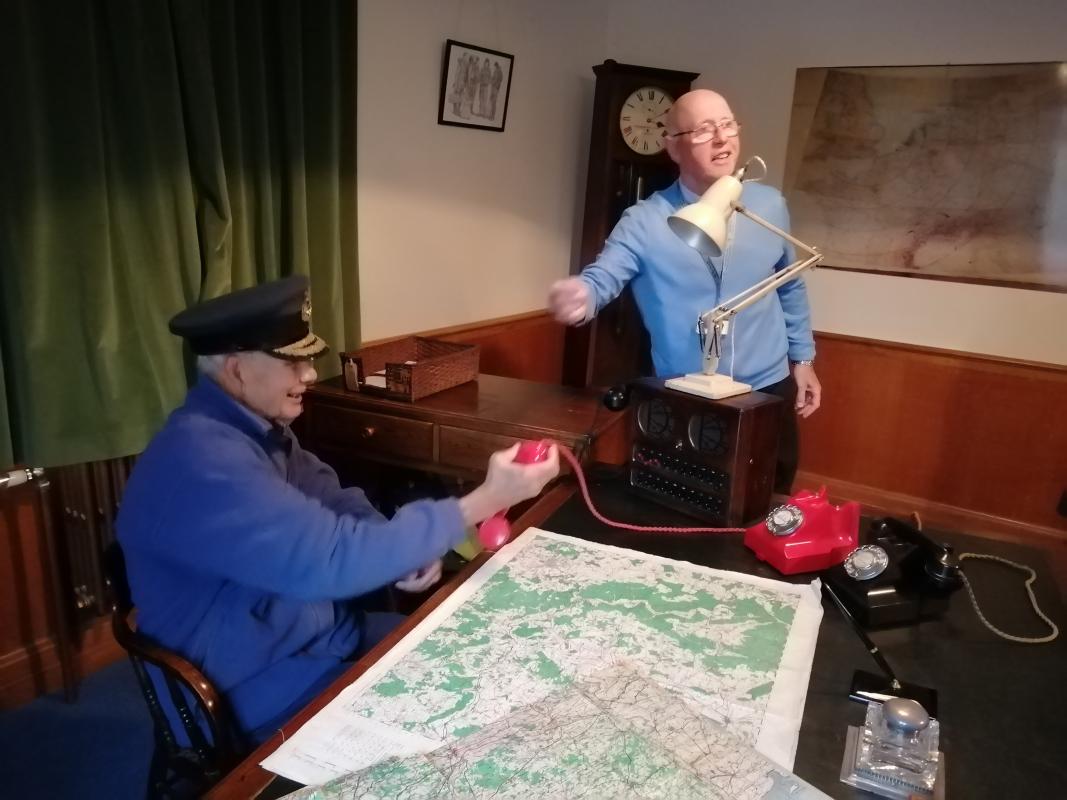 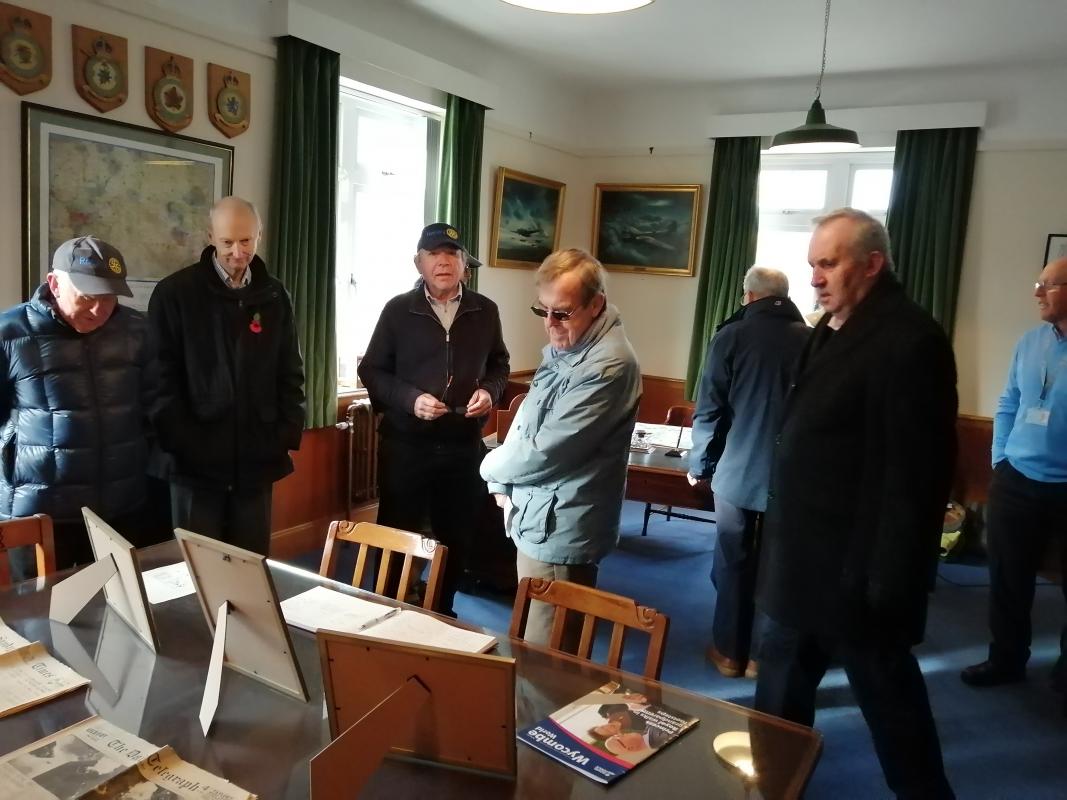 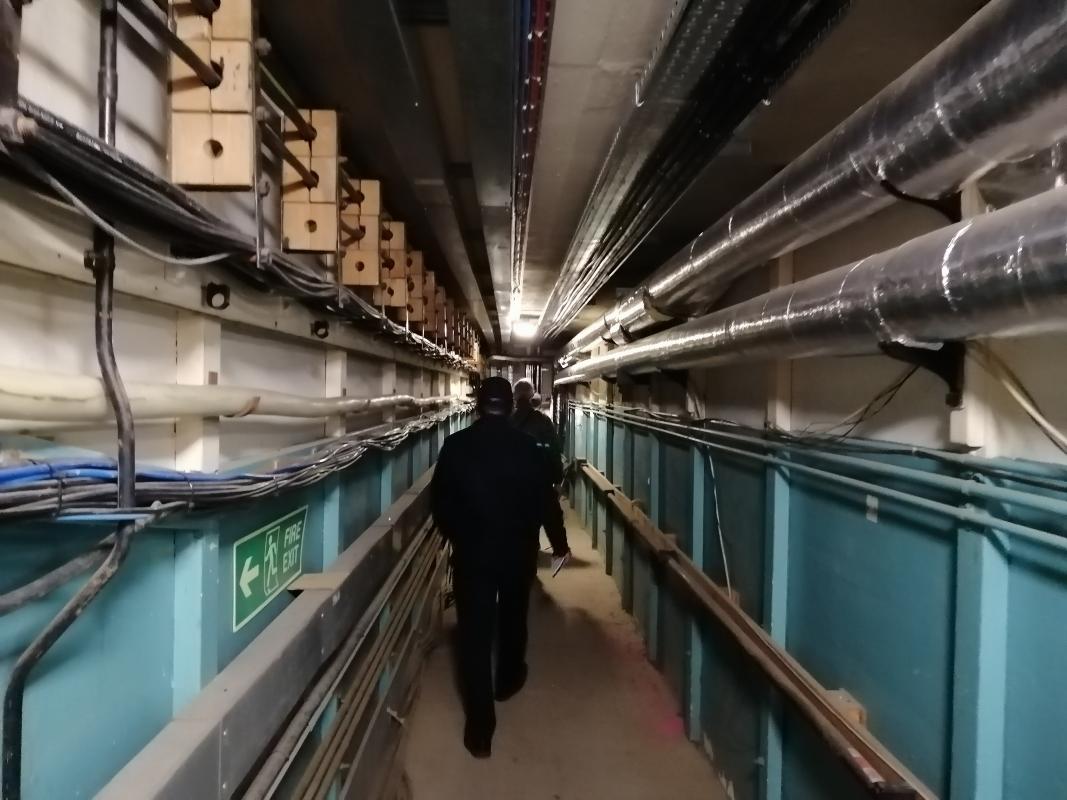 Twenty Rotarians visited Air Command on 12th November, the first morning without rain for some time.  On arrival we were welcomed by Squadron Leader Ben Sharp and Dave, a Liverpudlian, who was the tour guide.  Some of you will remember Ben as a speaker at a recent Rotary meeting.

At the entrance to the base were full sized replicas of two Second World War fighters, a Spitfire and a Hurricane.   We entered the gate which was guarded by two heavily armed Marines.  We were escorted into the original once of Air Vice Marshall ‘Bomber’ Harris where all the furnishings, desk, pictures, etc are as they were in Bomber Command’s day.  The maps that were used to plot the air raids on Germany were fixed on interchanging sliding panels around the walls.  Dave told us that Barnes Wallace often came to this once for meetings with Bomber Harris.  It was a sobering thought to hear how many planes had been shot down and how many crewshad lost their lives during the many raids into Germany.  We learned about the thousand bomber raids resulting in heavy losses to the RAF.  Some of us had the opportunity to sit behind Bomber Harris’ desk wearing his Air Vice Marshall’s cap.  With red telephone in hand, it looked quite impressive!

We were taken into the underground tunnel leading to the old and new bunkers.  The new bunker was built in the 1980s and is still in use today.  Surprisingly the tunnel was quite narrow and one would have to stand aside to let someone pass.  Both Hughenden Manor and Bradenham Manor were used by the RAF during the war for producing photographs of targets in Germany.