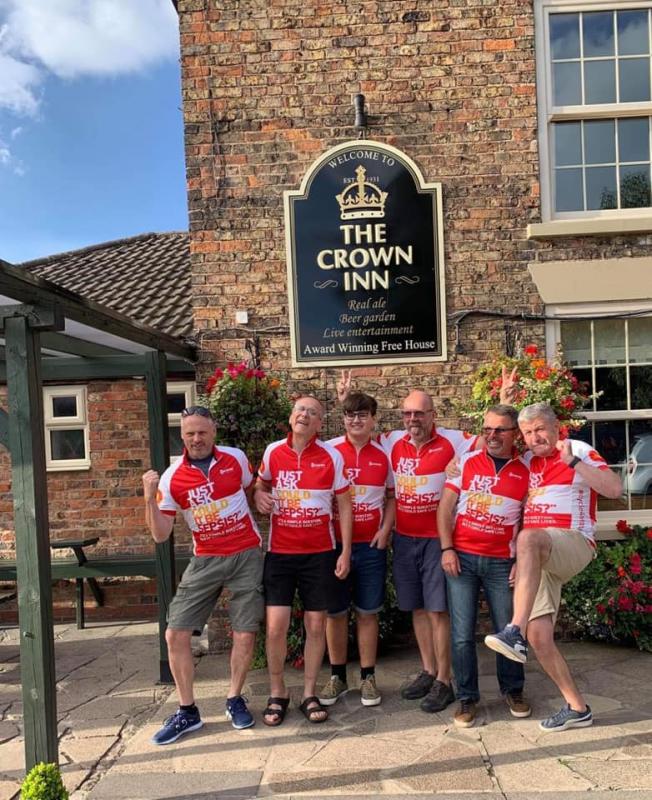 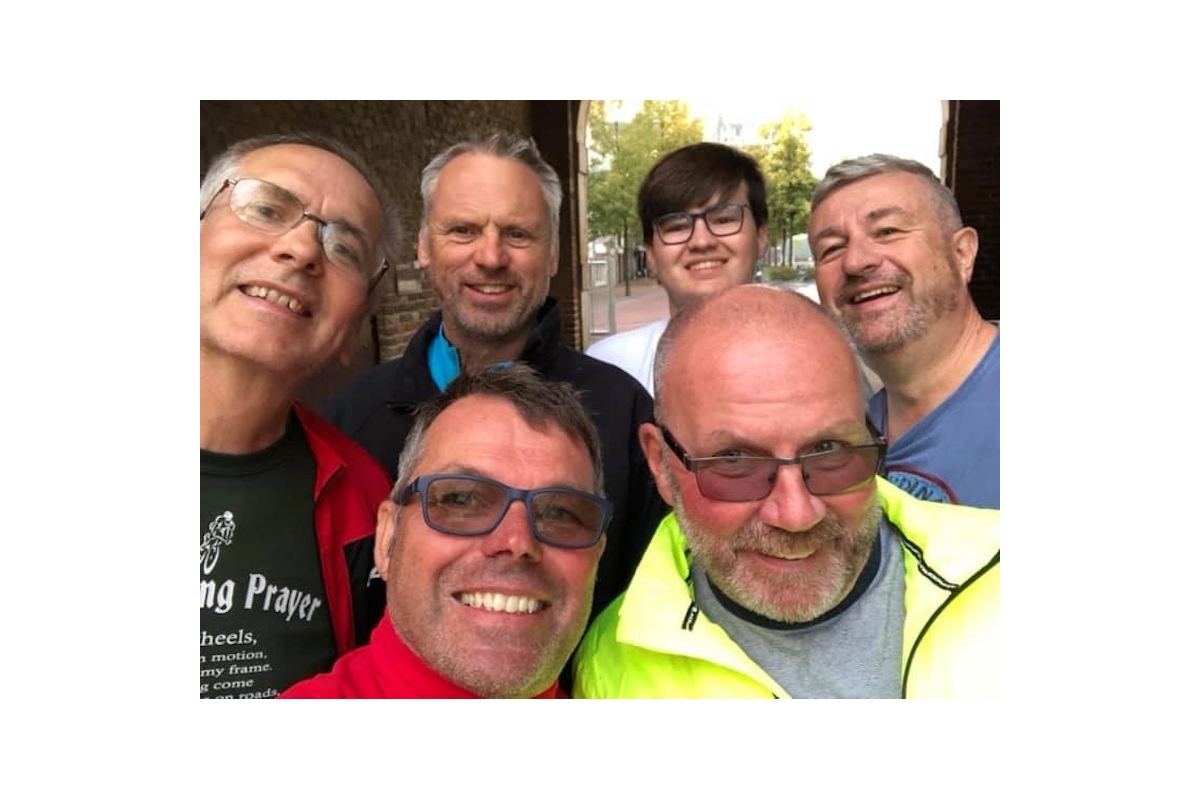 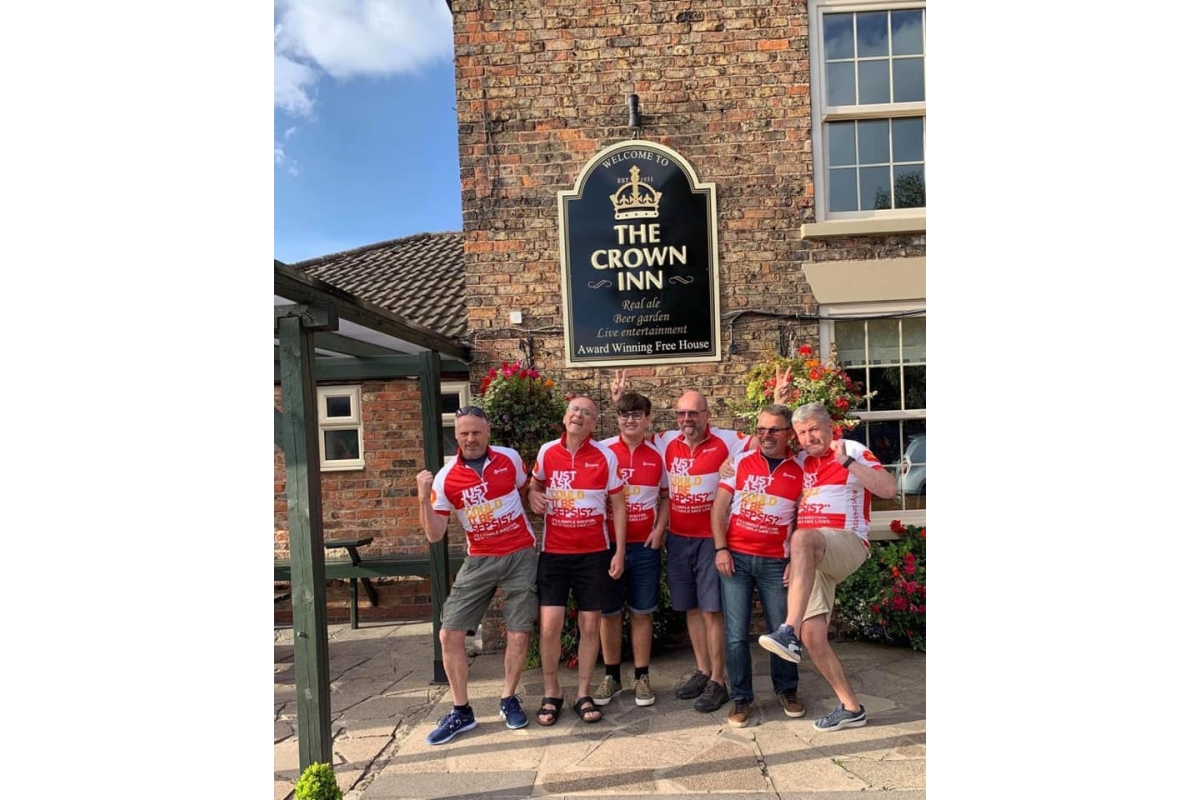 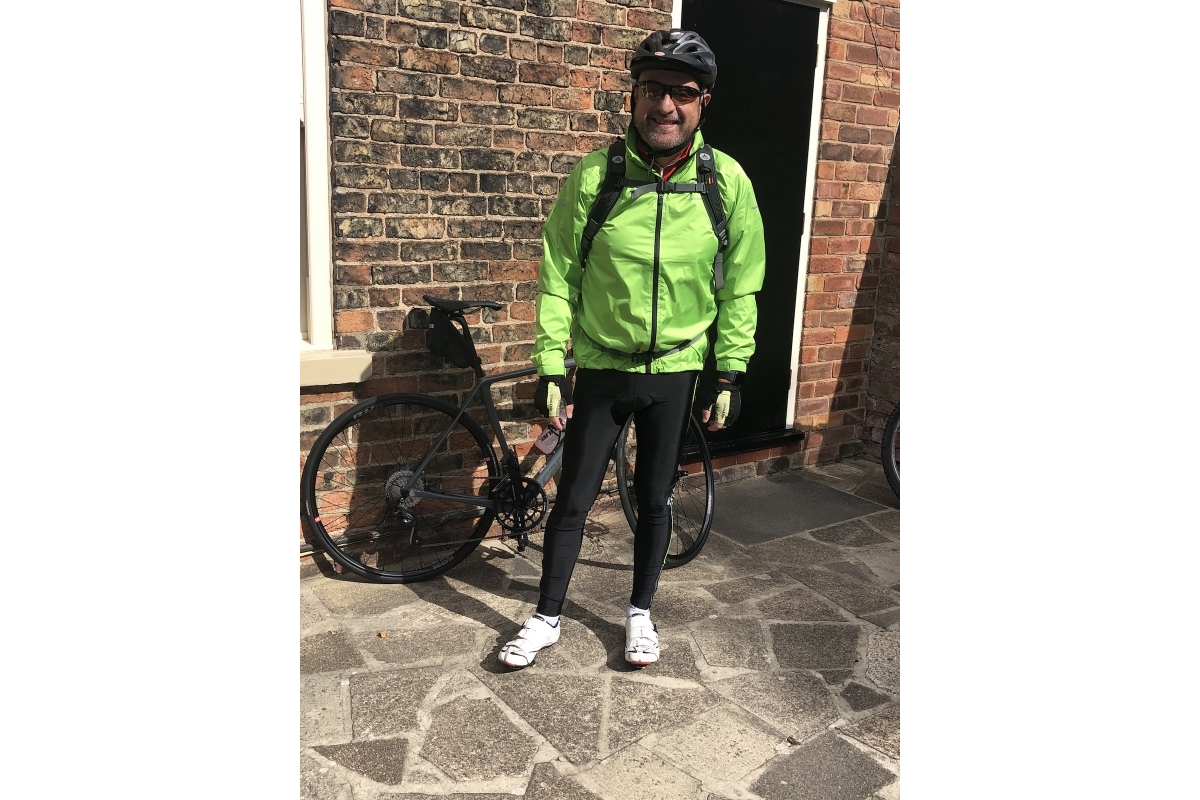 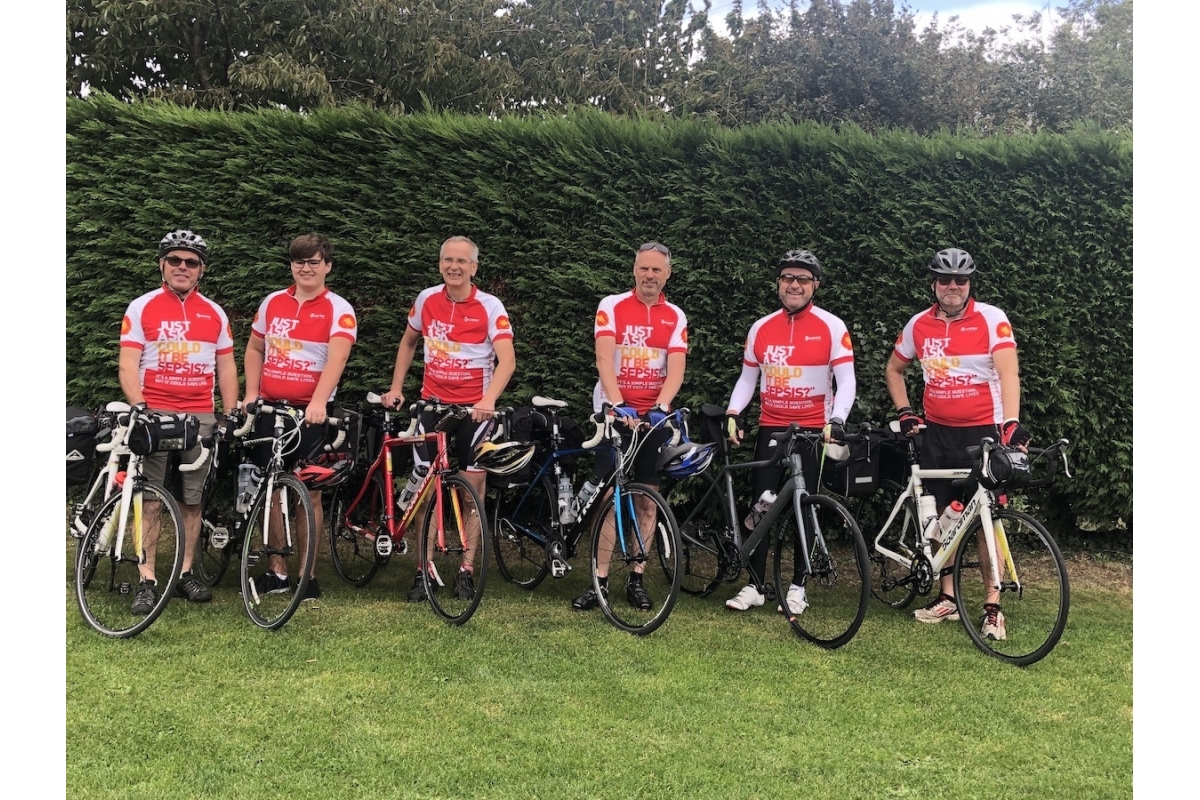 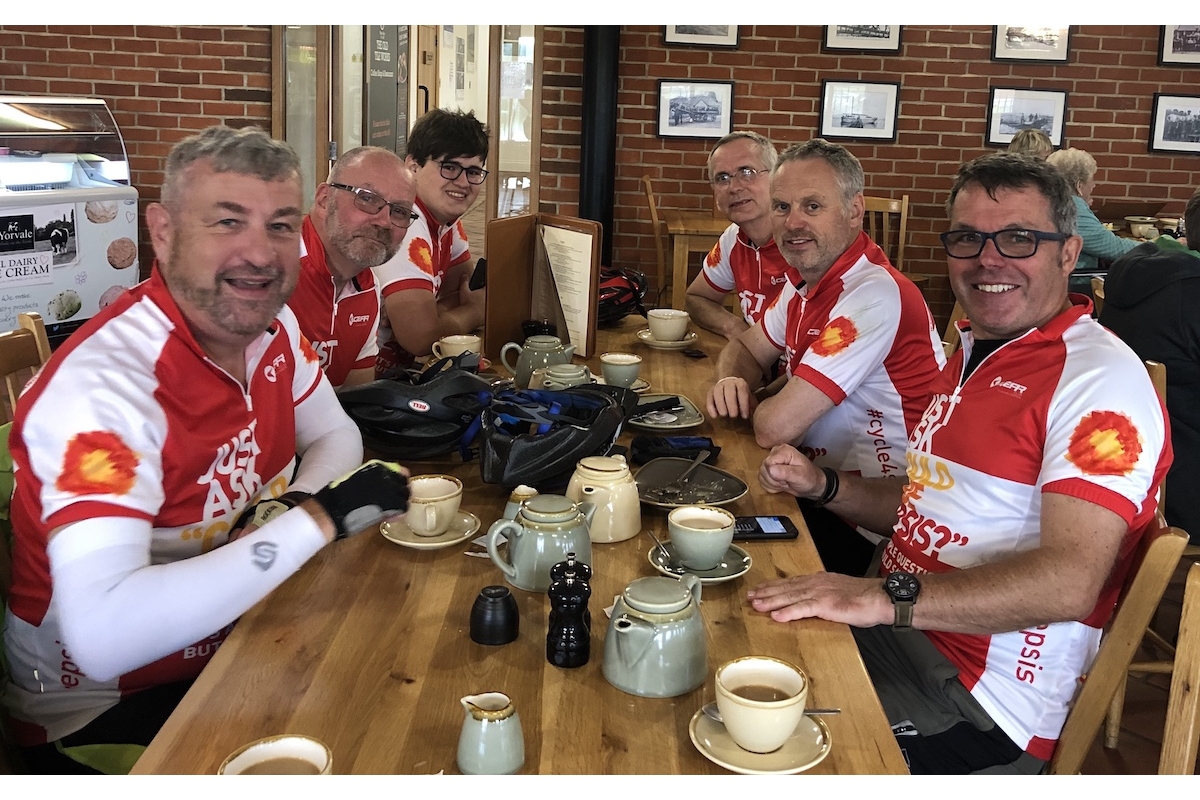 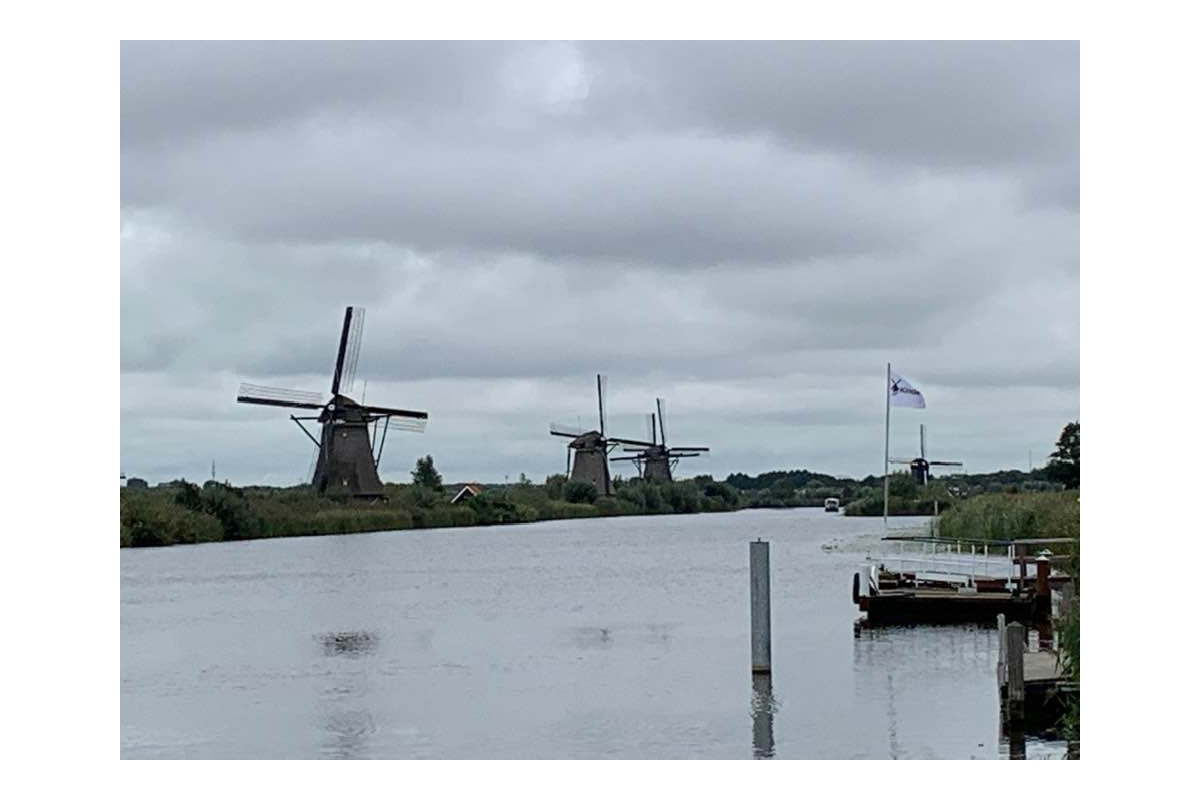 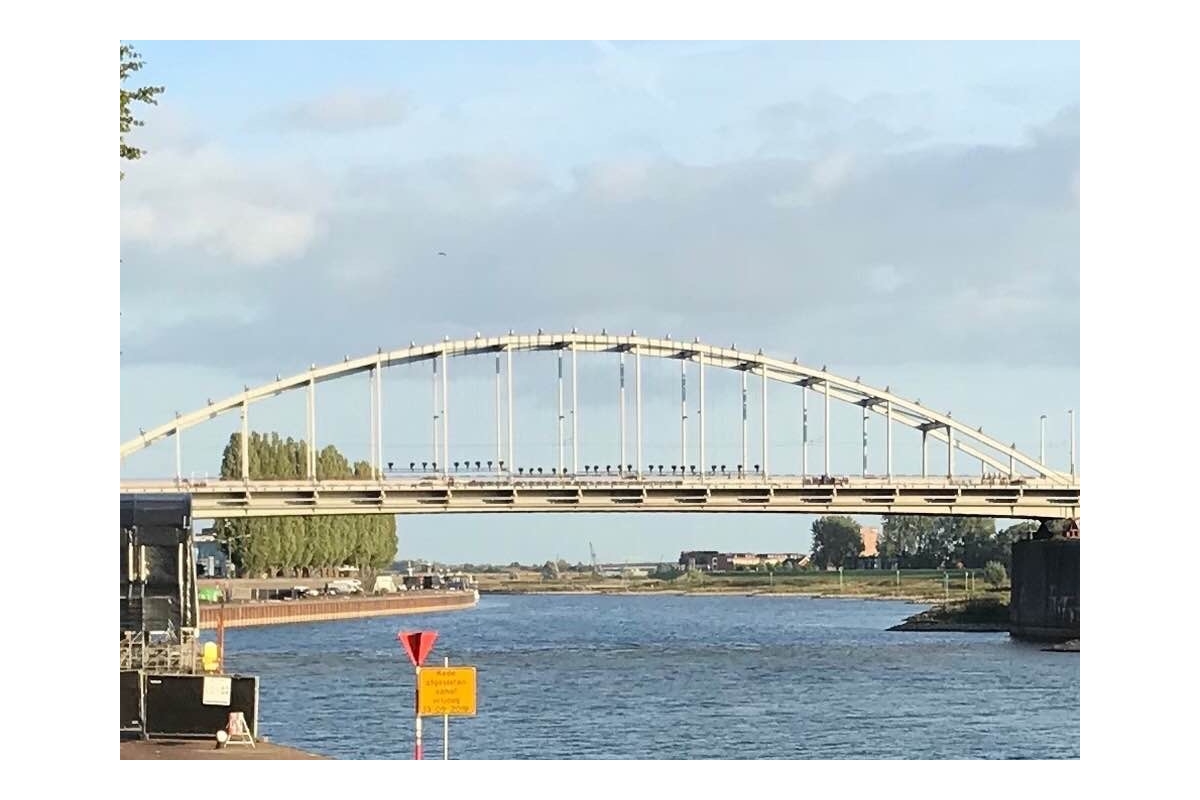 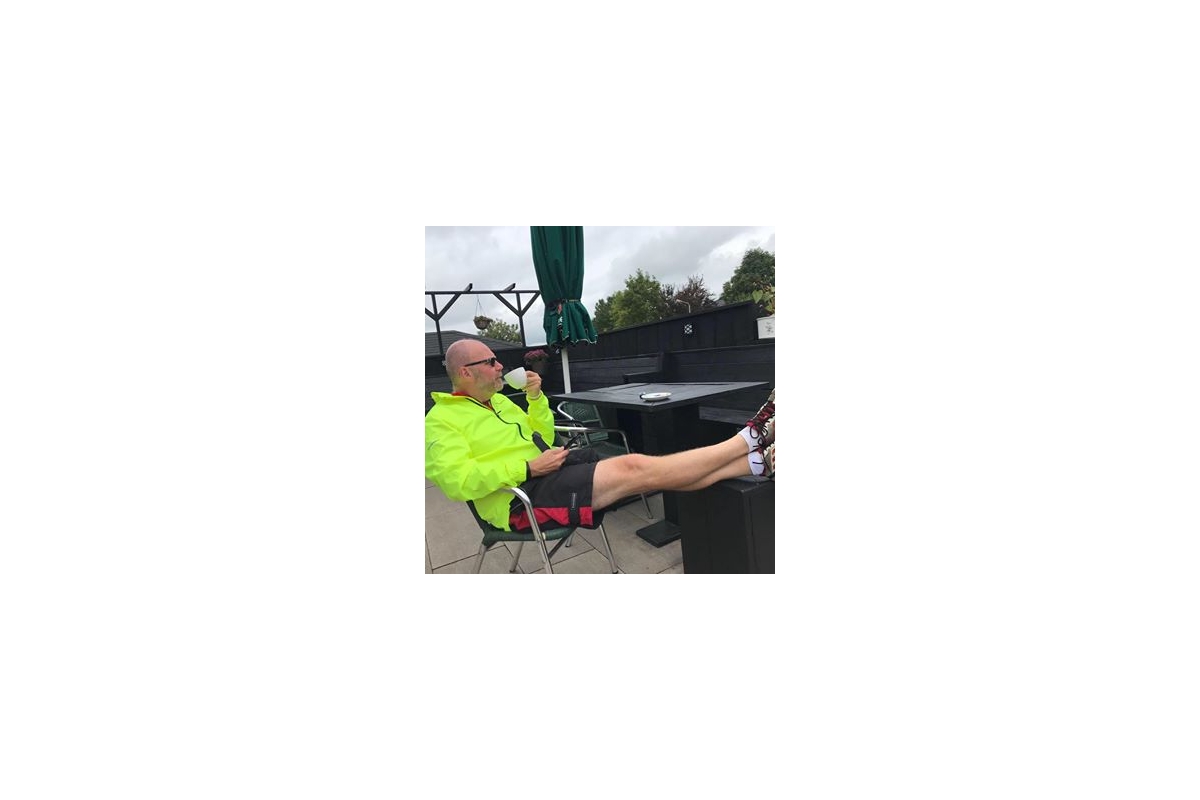 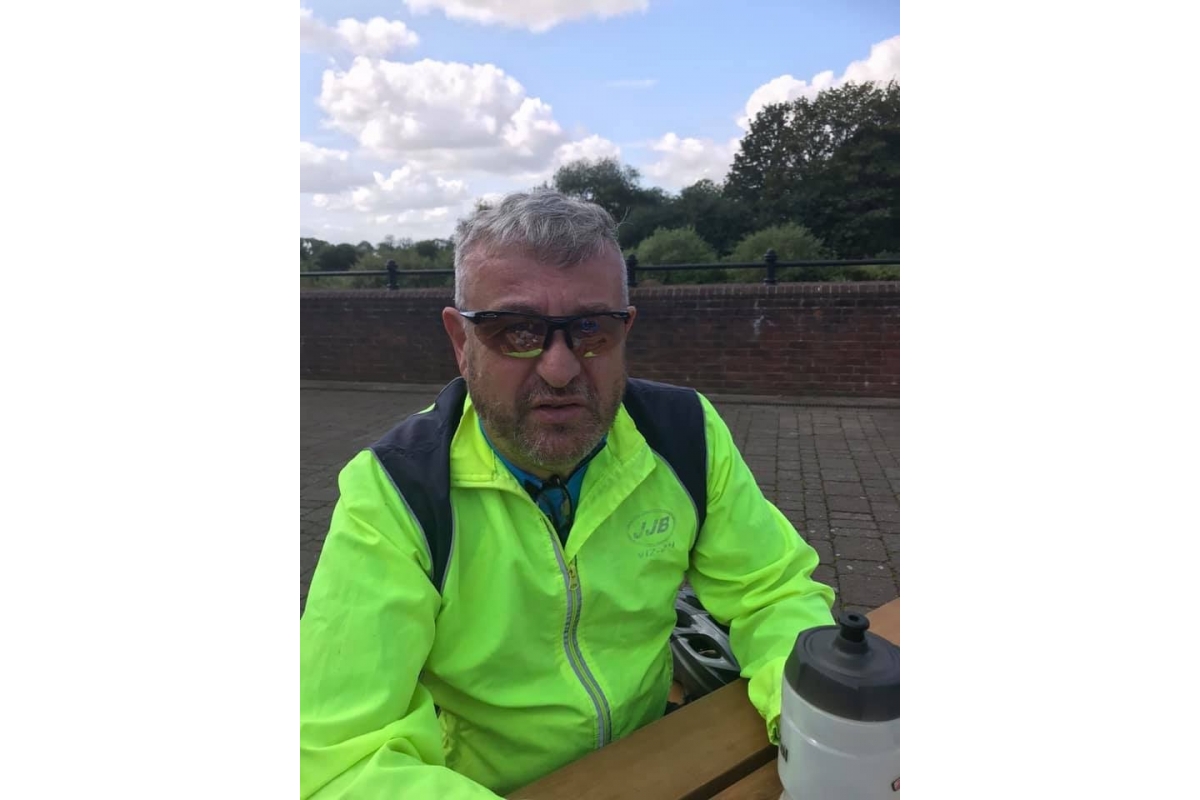 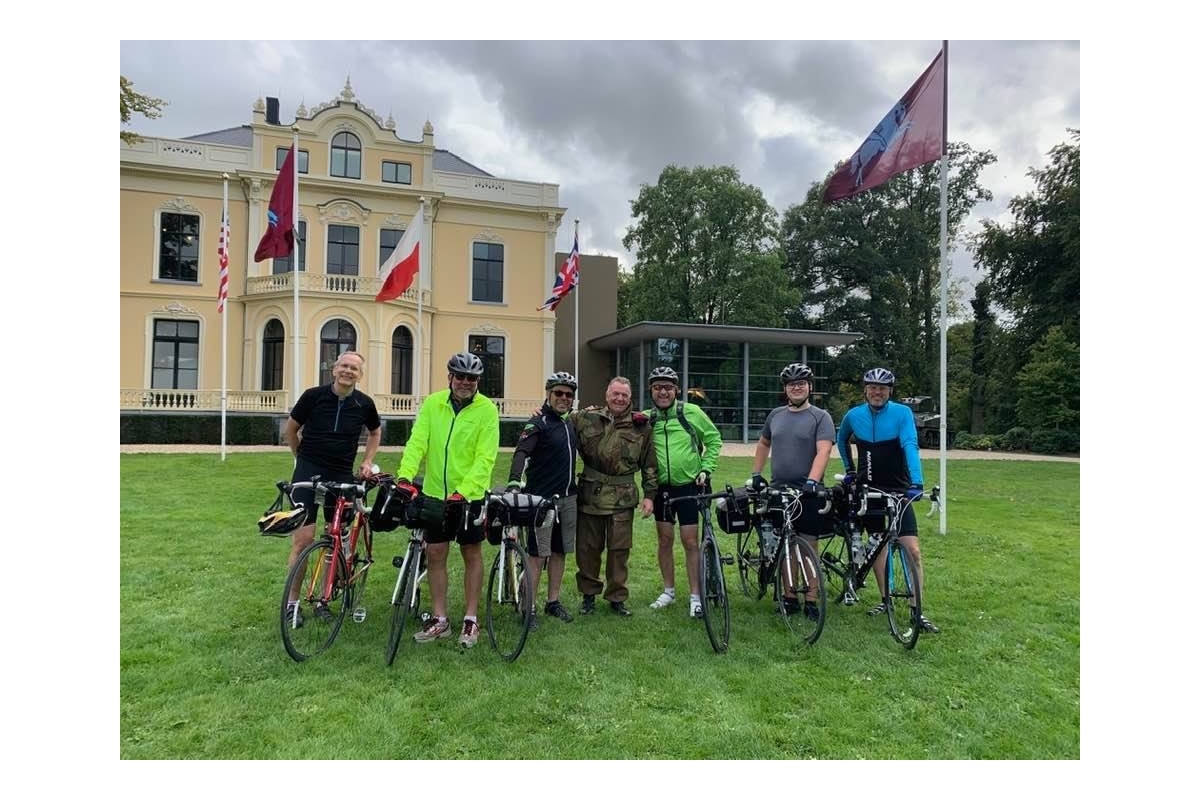 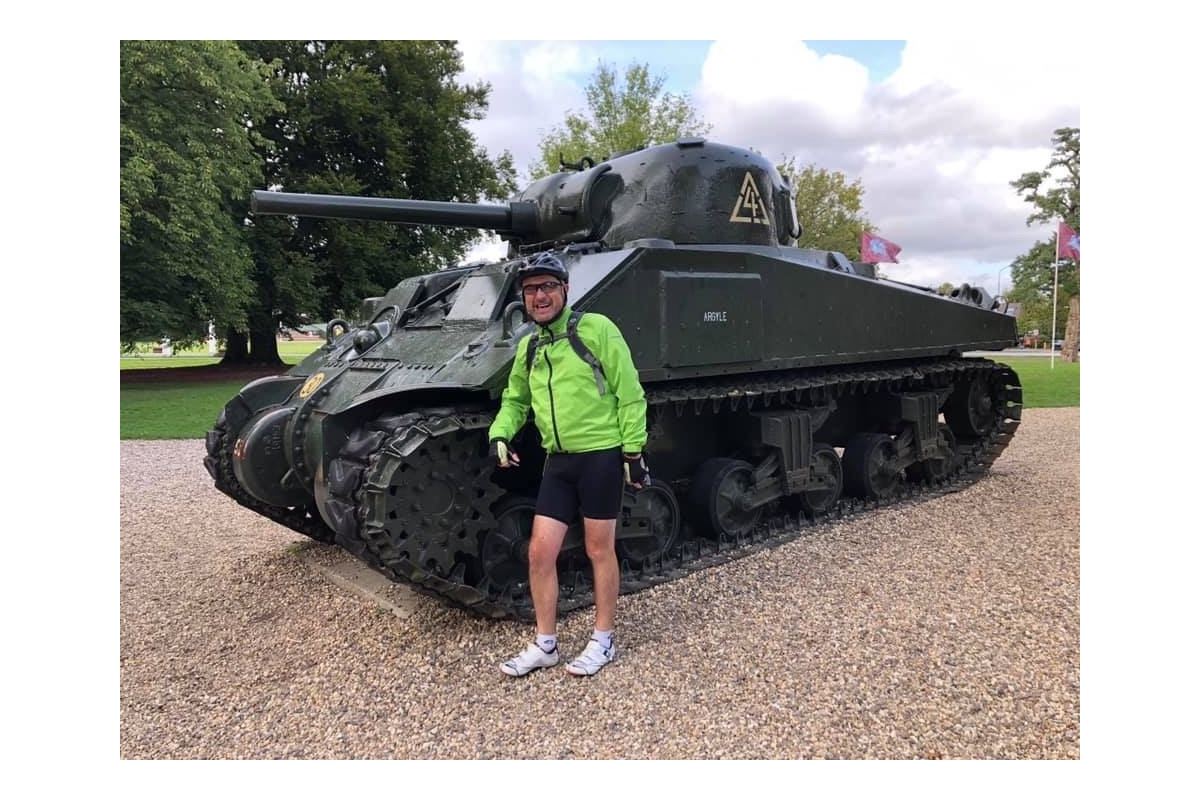 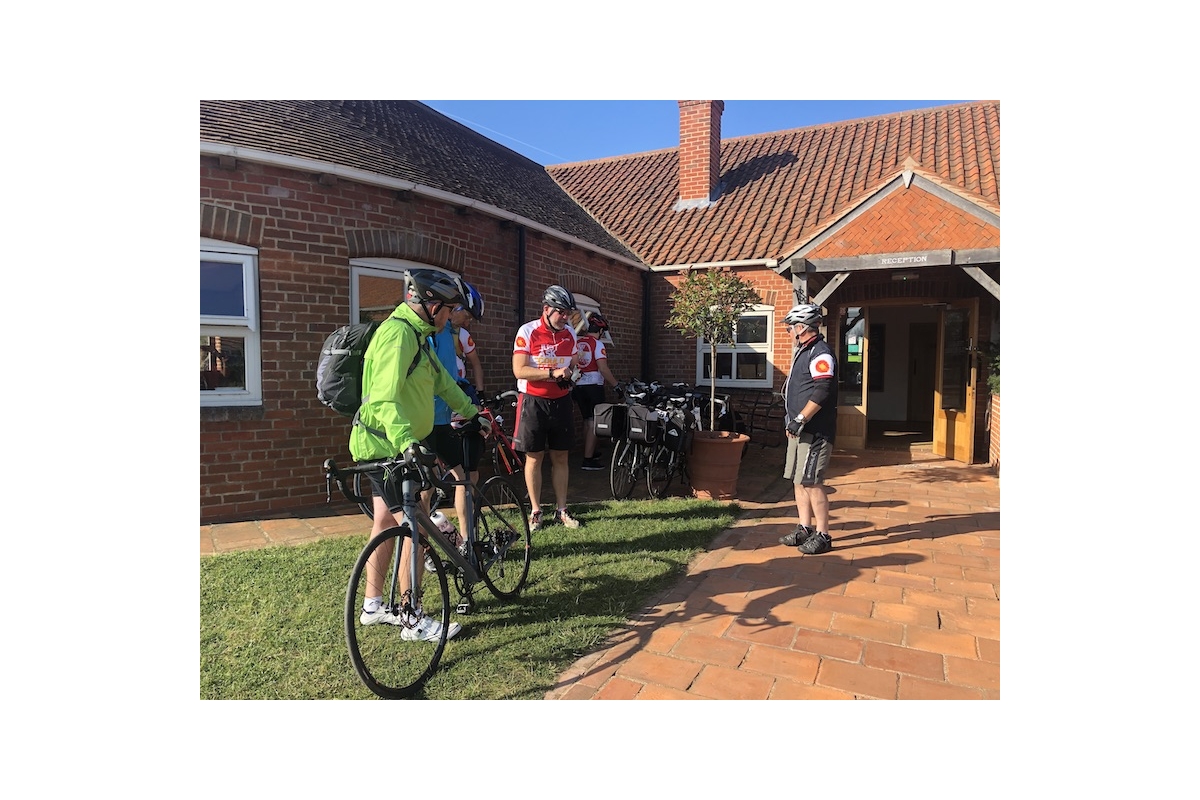 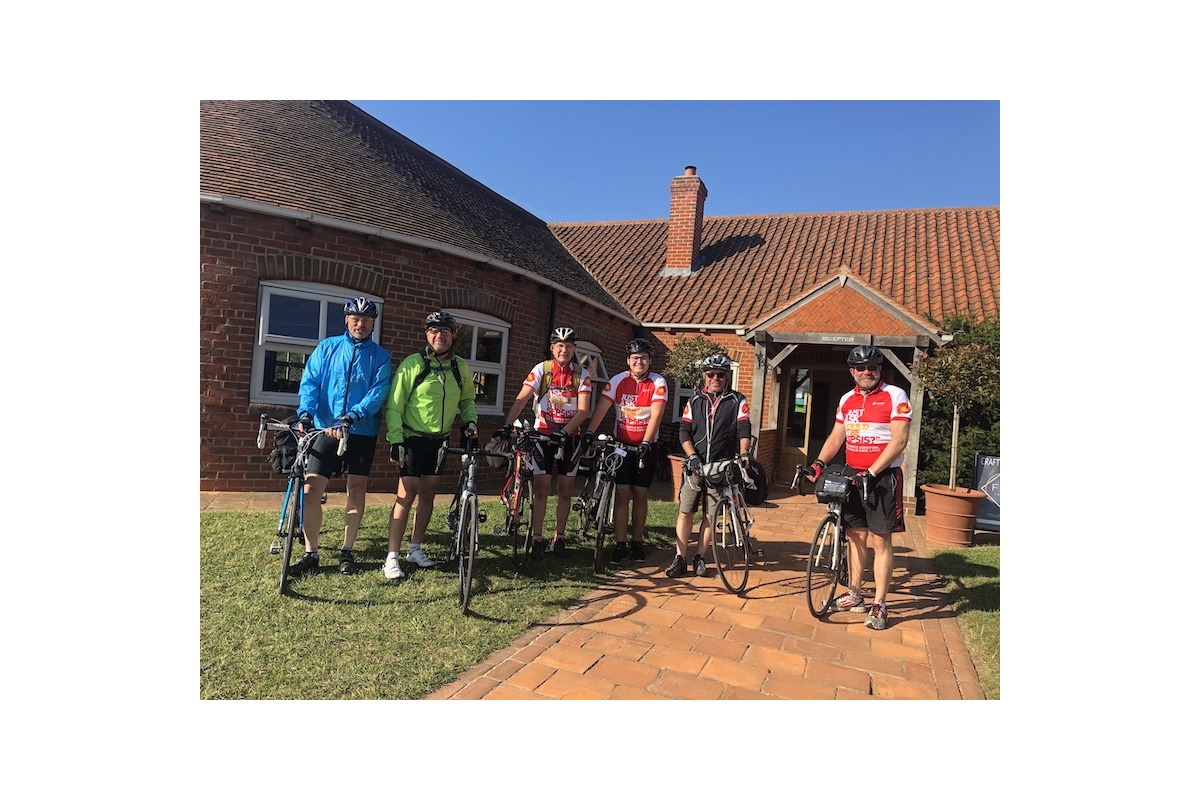 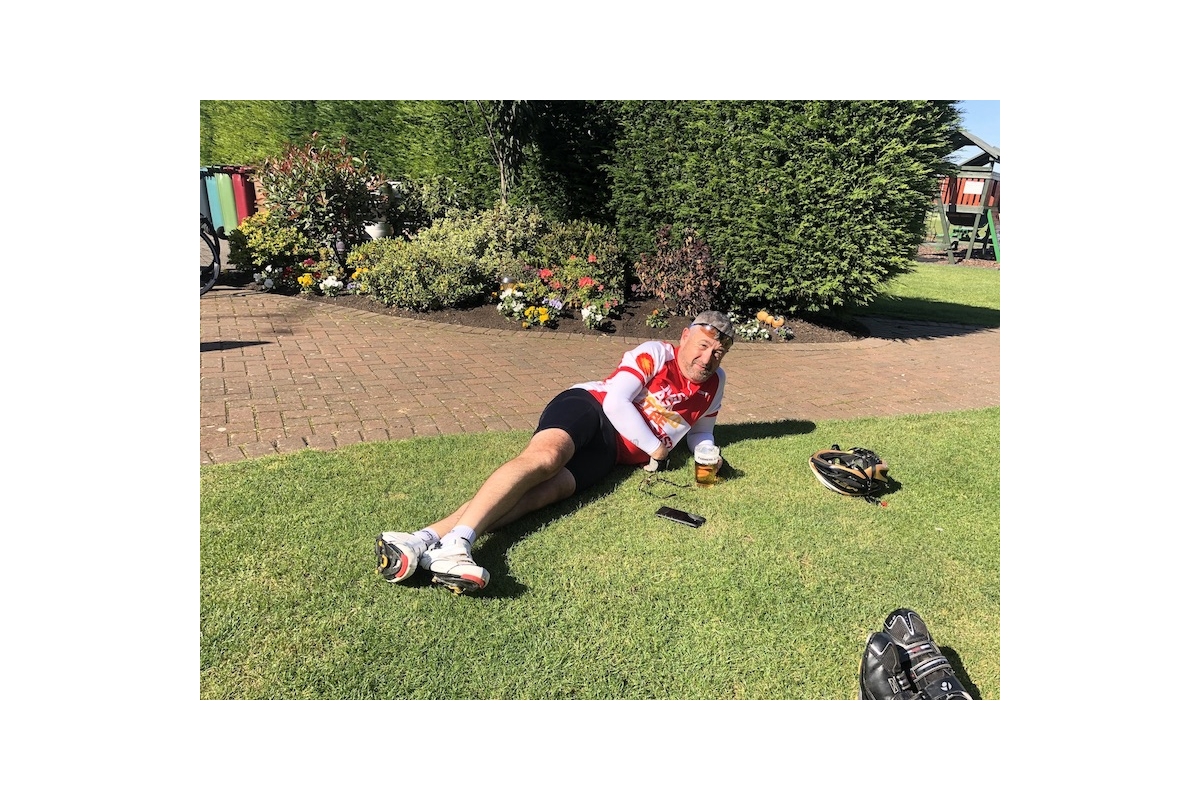 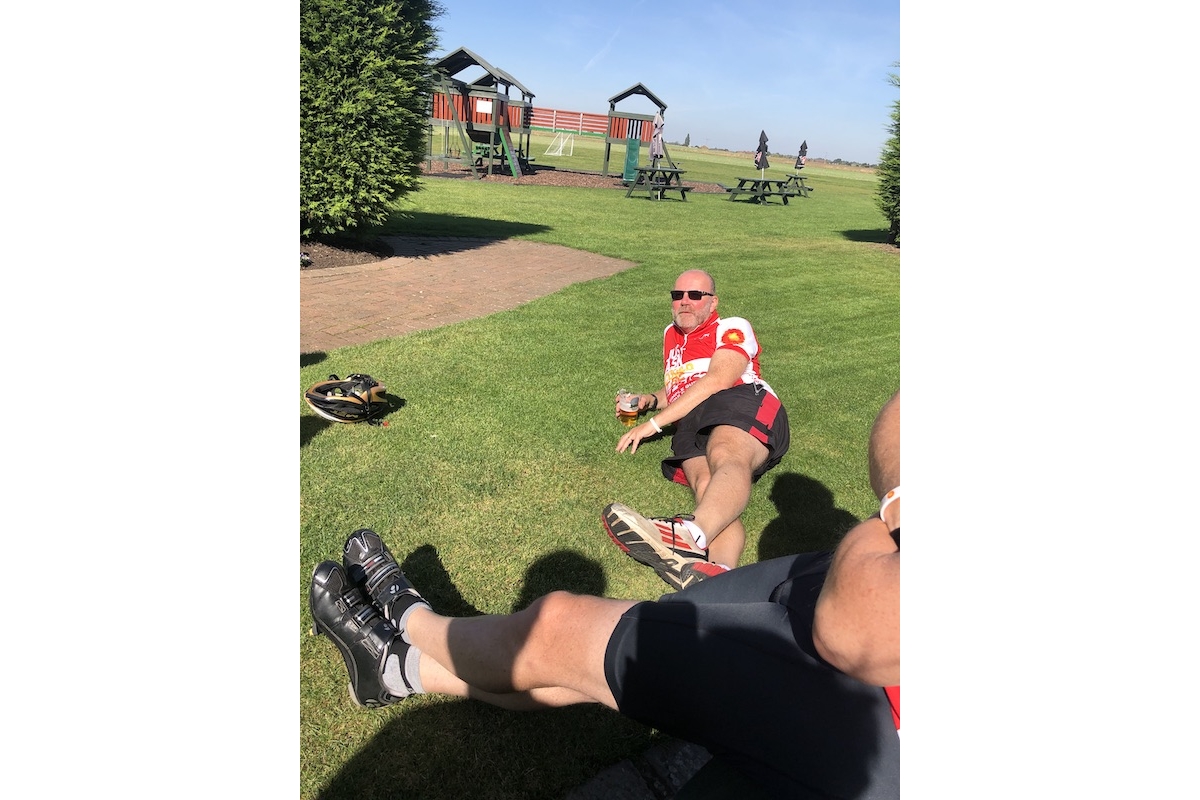 We all want to prove ourselves. Somehow. As someone with no discernible practical skills whatsoever I remember the sense of absurd pride I took in assembling a greenhouse some years ago. On its completion you’d think I was Isambard Kingdom Brunel surveying the Great Western Railway. 11 years ago, some members of our Rotary club completed our first Coast to Coast cycle ride to raise money for Bluebell Wood Children’s Hospice. We were all at varying degrees of middle age and pretty unfit, so for most of us, it was the biggest physical challenge of our lives. It was hardly Mount Everest, or even ‘The Three Peaks’ but it felt tough. Some 11 years later at somewhat less varying degrees of middle age we’re still trying to prove ourselves – but maybe not quite so punishingly. This time we opted for the flat and decided to cycle to Arnhem in The Netherlands. Obviously, a ferry was involved for part of the way.

The decision to cycle to Arnhem was, in part, influenced by a desire some of us have had for a while to visit the

bridges at Arnhem and Nijmegen. We hadn’t appreciated that our visit would coincide almost exactly with the 75th anniversary ‘celebrations’ of Operation Market Garden – the ill fated attempt by the 1st Airborne Division and 30 Corps to secure the bridges at Nijmegen and Arnhem push on into Germany and so end the war before the end of 1944.

Now I know what you’re thinking. There’s nothing particularly difficult about cycling in the flattest country on earth where everyone else rides a bike too. This much is true but the challenge was the hours we were going to be spending in the saddle. Overall, we estimated that we were going to be cycling around 225 miles – the majority of them in The Netherlands - across 5 days. It being a Rotary event, it was a trip that was going to combine both fellowship and service. The fellowship would be inherent in the group’s support of each other (in truth we took the micky mercilessly out of each other, but that’s a kind of fellowship, right?) and the service would be our efforts to raise money for a charity. Sadly, a friend of mine, Paul Frankish – an astonishingly talented musician with a young family, had died suddenly of Sepsis in March. I was fortunate that my good friends in Rotary supported me in my request that we use the trip to raise money for the Sepsis Trust (Uk). The said charity was supportive in supplying us with sponsor forms and highly fetching cycling shirts which were, admittedly, something of a snug fit.

It's important to tell you that each of us embarked on a rigorous and uncompromising regime of physical and mental preparation  - important because I’m desperate for you to believe it. However, truth will out and the café stops sometimes outnumbered the miles cycled. Our fondness for liquid refreshment ensured that the local pub – “The Crown Inn” in Belton supported the ride wonderfully. Around £500 was gathered from the punters – the landlord wisely sending the contributions jar round at the end of an evening, when customers’ resistance was down and their perceptions dulled just a little.

Our journey started at 1pm on Sunday 15th September from the aforementioned Crown Inn. A small but discerning crowd of well-wishers and family members gathered to see us off, relieved that they’d seen the back of us for five days. We hadn’t gone 100 yards before my I lost my pump and Luke’s chain came off.Fortunately, these small setbacks did not portend further mishap and we continued without incident to our first café stop of the day at The Old Tileworks near Barton on Humber just by the Humber Bridge – some 2 hours cycling away. To be honest, the few hills we did encounter on the trip were mostly on this leg of the journey. The sharp climb out of South Ferriby was particularly challenging so it was just as well that tea and cake awaited us a couple of miles further on.

Cycling through Hull on Sunday was not too difficult as traffic was at a minimum. I did wonder how it was going to be on our return journey when we would be alighting from the ferry at rush-hour the following Thursday morning. I banished such thoughts from my mind as I contemplated the more appealing aspects of the trip – one of which was having a pint once we got on the ferry.   I will spare you, dear reader, the grislier elements of three grown men sharing a tiny cabin on board a ferry but, instead, leave it to your imagination. Notwithstanding, the alarm call at what seemed an unfeasibly early hour the following morning heralded our release from the cabin into the rain of a Rotterdam Monday.

Cycling in Holland is an experience all its own. On the one hand you’re incredibly grateful to a system which ensures that there are cycle lanes on just about every public road in the country. On the other hand I still haven’t worked out why all of the cyclists in Holland seem to want to kill me. The cycle lanes are shared with scooters, so you have anything on two wheels coming at you from all directions and at frightening speeds. For the Dutch, cycling isn’t a pastime it’s a mode of transport. So whilst we were clad in lycra and riding our carbon fibre engineering miracles, we were being overtaken by school children hurtling along on their pre-war boneshakers built from what looked like tungsten. And none of them wore cycle helmets. If you stop because you’re unsure of the way then you’re taking your life in your hands because all of them know exactly where they’re going and want to get there as quickly as possible and YOU’RE IN THEIR BLOODY WAY!!

Actually most of the people we met were lovely, wanted to know what our trip was about, where we were from and where we were going. And the road users who weren’t trying to mow uis down were very helpful. The first day was an unhurried ride to Asperen where we stopped for the night, although it took most of the day to ride through the enormity of sprawling Rotterdam. By fortuitous coincidence we arrived at our hotel within minutes of members of the Rotary Club of Leerdam. This was an opportunity too good to miss. We made  an alarming sight as we wandered into their meeting room dressed in our cycling gear with the sweat and the grime of a day’s cycling still upon us (we probably smelt a bit wiffy too) bringing ‘greetings from the Rotary Club of Epworth and Isle of Axholme’! After several minutes very cordial chat I said to their President “Well if you’ll excuse us we’re going to shower and change” to which he replied, charmingly “Yes, you need to”. It was impossible to take offence as the accuracy of his comment couldn’t be faulted. The owner of the hotel later came to see us in the restaurant, telling us how happy he was to see us there and added gently that we’d probably taken the Rotarians ‘a little by surprise’.

The next day we headed off for Arnhem - again an unhurried and enjoyable ride with plenty of time to stop and take photos. This time we cycled for more than 60 miles which is quite a long stretch in the saddle. When we were within a few miles of Arnhem we picked up signs for the ‘Airborne Museum’ and so took a brief diversion. The museum itself is actually in Oosterbeek, a few miles outside of the city centre. The Hartenstein Hotel was Roy Urquhart’s HQ as he tried desperately to get his forces to the bridge in Arnhem and so assist Colonel John Frost who was holding the bridge with 700 men against a Panzer division. After the war the hotel was converted into a museum. By the time we arrived in the late afternoon it was on the verge of closing but we were still able to see some of the outside exhibitions and meet some fabulous people. Some retired paras had gathered for the anniversary events and we even met one lady whose father had been a glider pilot. A real live retired para (from Mablethorpe!) had his photo taken with us and everyone was keen to hear about our journey and its purpose. Of the many moving exhibitions there, I was deeply moved by the memorial which had been erected 25 years before on the 50th anniversary of Market Garden (see photo). The dedication was so touching and emotive.

That evening, after we’d checked into our hotel, we walked to the John Frost Bridge (named after the company commander who held it for three days before running out of supplies and ammunition and was forced to surrender). Although the bridge was blown up in 1945 this is an exact replica of the infamous ‘bridge too far’. It was difficult to imagine the carnage of 75 years previously but what struck all of us profoundly was the sense of occasion and importance that the citizens of Arnhem were placing on this anniversary. Everywhere we went, businesses, shops restaurants and even private houses were flying the colours of the paras. A concert was being planned for two nights later at which the 23 remaining survivors of the 1st Airborne Division would be guests of house as well as the King and Queen of the Netherlands and Prince Charles. I dearly wish that more had been made of this important historical anniversary in the UK.

The following day having cycled to Nijmegen and looked around the city centre and church, we boarded the train for Rotterdam. During our ride we passed a primary school just as the children were going home for lunch. All of them were either walking with parents or cycling. One woman had a front compartment on her bike in which three small children sat and behind her a small child rode pillion; a family bike! This is in huge contrast to our own schools where the family 4x4 is far more prevalent.

There was, perhaps inevitably, a slightly anticlimactic feeling as we cycled back over the Humber bridge and home on the Thursday morning. It had been a long ride but hugely enjoyable. We had made friends with some wonderful people in Arnhem, had shocked the members of a Rotary club in Leerdam, annoyed a train guard in Utrecht and raised £2400 for Sepsis UK.  I’d like to thank all of our generous sponsors as well as my very good friends on the ride: Simon Cliff, Andrew Gatecliff, Luke Gatecliff, Dave Parslow and Simon Walsh.