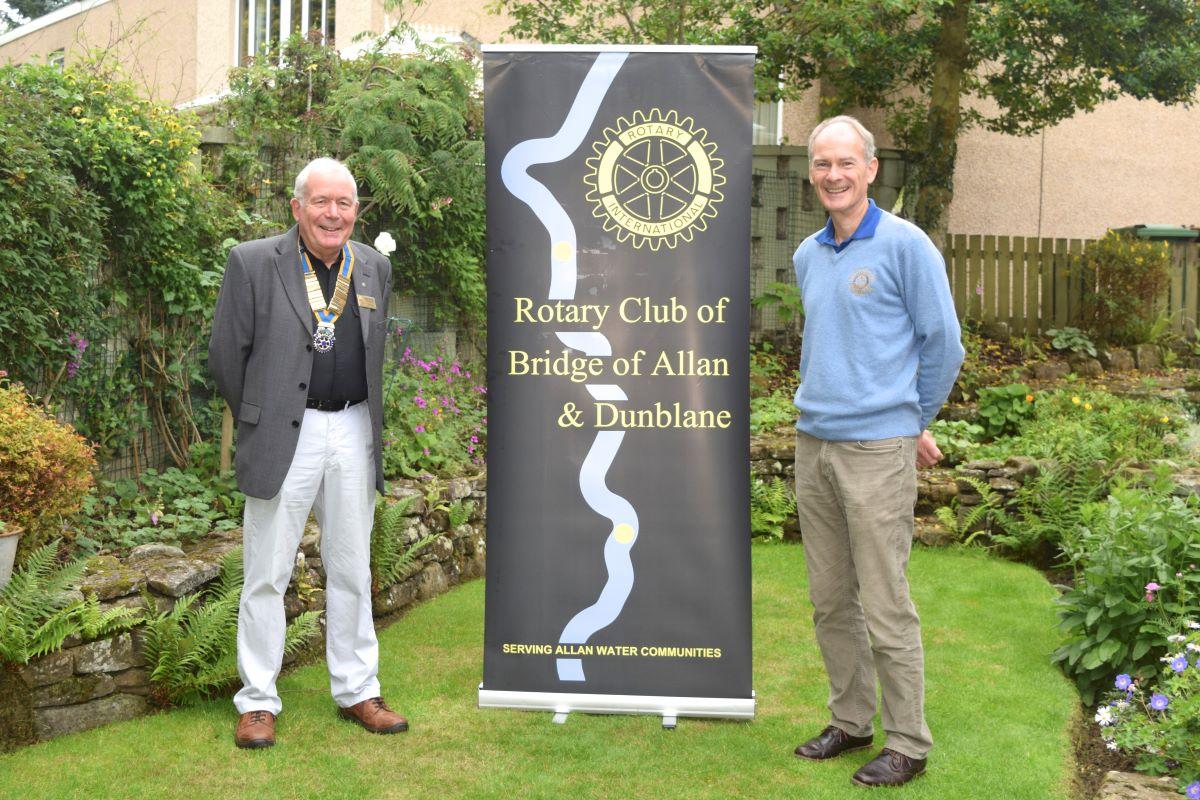 HANDOVER
As is the established annual pattern, there was a formal (virtual) handover of Presidency by President Andrew Hilley to his successor David Chisholm.  In turn, Russell Wheater and Craig Mair took up their appointments as, respectively, President-Elect and President-Nominee.  There were no changes in other responsibilities with Stuart Brown continuing to act as Secretary, and Steve Bassett retaining the duties of Treasurer.
In welcoming his successor, President Andrew reflected on what had been an extraordinary, eventful year:  no-one, he said, could have foreseen how different life would be as a result of the onset of the coronavirus pandemic.  Until March, the Club had had a successful and busy year.  Members had given of their time to various projects that had contributed to the local community and more widely.  And, as usual, there had been a variety of fun activities, with involvement of the Interactors from Queen Victoria School as welcome participants. Following the lockdown in March, the Club had shown its adaptability and flexibility, with weekly Zoom meetings well attended.  But of particular note had been the camaraderie and compassion shown by members, with a major donation by members to CHAS, and a Club initiative leading to the award of a £20,000 Rotary Foundation Grant to Strathcarron Hospice for the purchase of much-needed PPE. These efforts, he said, were a reflection of the willingness of members to go the extra mile. He was confident that the Club he was handing over to David was in good heart.
As his last action as President, Andrew was delighted to announce the award of Paul Harris Fellowships to two Club members: Colin Strachan and Stuart Brown.  The Paul Harris Fellowship is awarded in appreciation of tangible and significant assistance given for the furtherance of better understanding and friendly relations among peoples of the world.  Andrew outlined the significant contributions Colin and Stuart had made to the Club over a considerable period, giving of their time and energy in totally selfless ways.  Members gave a “Zoom clap” to show their approval of the awards and their congratulations.
Following the handover, President David was warmly welcomed by members. He congratulated Andrew on an excellent year’s activity, and said that, despite the most unusual circumstances, he was looking forward to the incoming year.