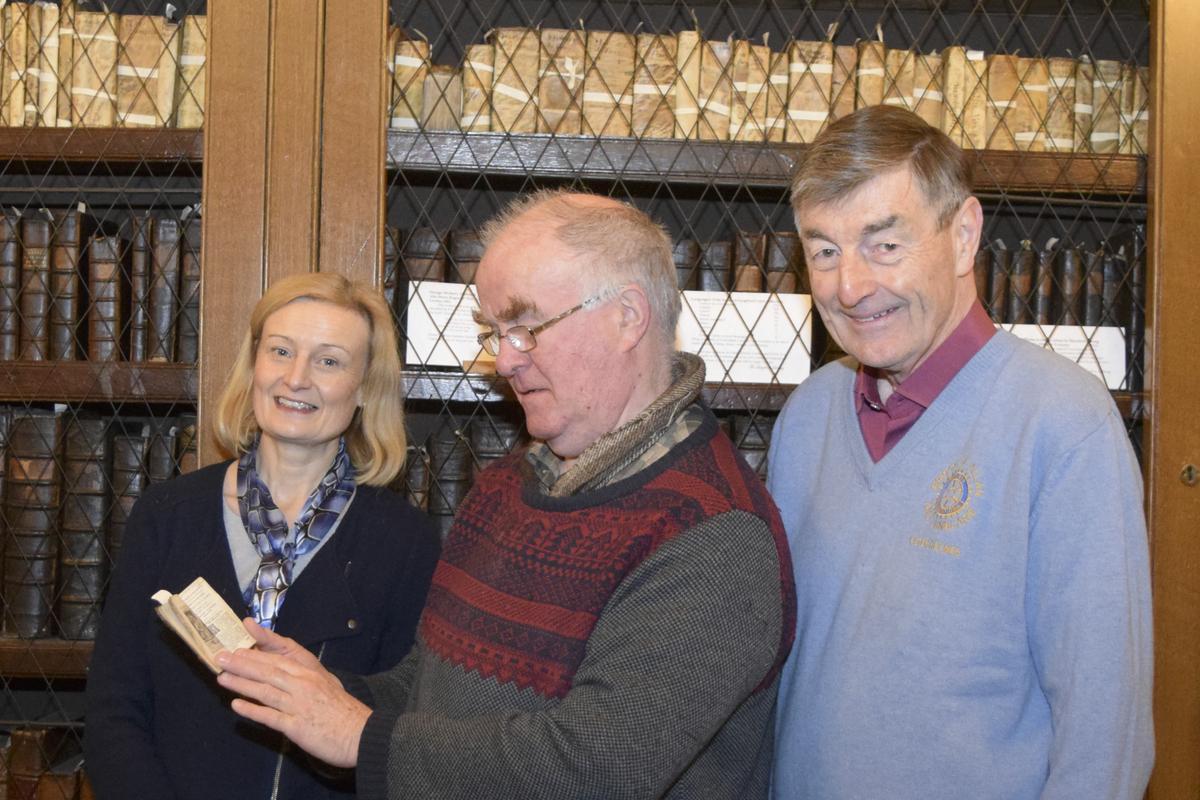 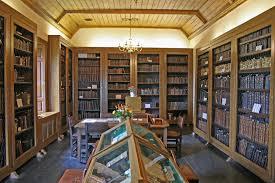 Michael Osborne, Honorary Custodian of the Leighton Library, gave a fascinating insight into the history of the Library, the oldest purpose-built private library in Scotland. He also outlined the ambitious steps the Trustees are planning to ensure that the building and its contents are given appropriate protection and their potential fully developed.

Michael reminded the Club that the cost of building the Library in 1687/8 - some £162 - and his collection of 1400 books were gifted to Dunblane in the will of Robert Leighton, Bishop of Dunblane from 1661 to 1670. The two-storey building houses the books on the first floor that is accessed by the original external staircase. The lower floor, or undercroft, originally provided the living quarters for the first librarian.  Michael reflected that, given the often-troubled century following its inception, it was surprising that the Library building, and its valuable contents, survived unscathed.  Overseen by Trustees, the stock of books subsequently grew to 4500, including a number of particularly significant and valuable volumes.

However, in 1860, financial circumstances forced the Trustees to close the Library, leaving the books in the unheated building.  It was not until 120 years later, in 1980, that the Library’s extraordinary historical value encouraged the Trustees to re-open the Library.  Michael said that it was almost inconceivable that the books could have survived without significant deterioration, but, thankfully, that was the case.

Now, Michael said, it was important to give further recognition to the importance of Leighton’s legacy, particularly given its close relationship with the Dunblane’s Cathedral and Museum. Plans are now under consideration to re-open the undercroft, to restore aspects of the building to their original form, and to provide an environmentally friendly form of heating and ventilation. The cost of these plans could amount to some £200,000, a sum that it was hoped could be raised from a variety of sources.

Colin Smith thanked Michael for giving such an illuminating account of the Libraries history, and for his encouraging report on the plans for its development.