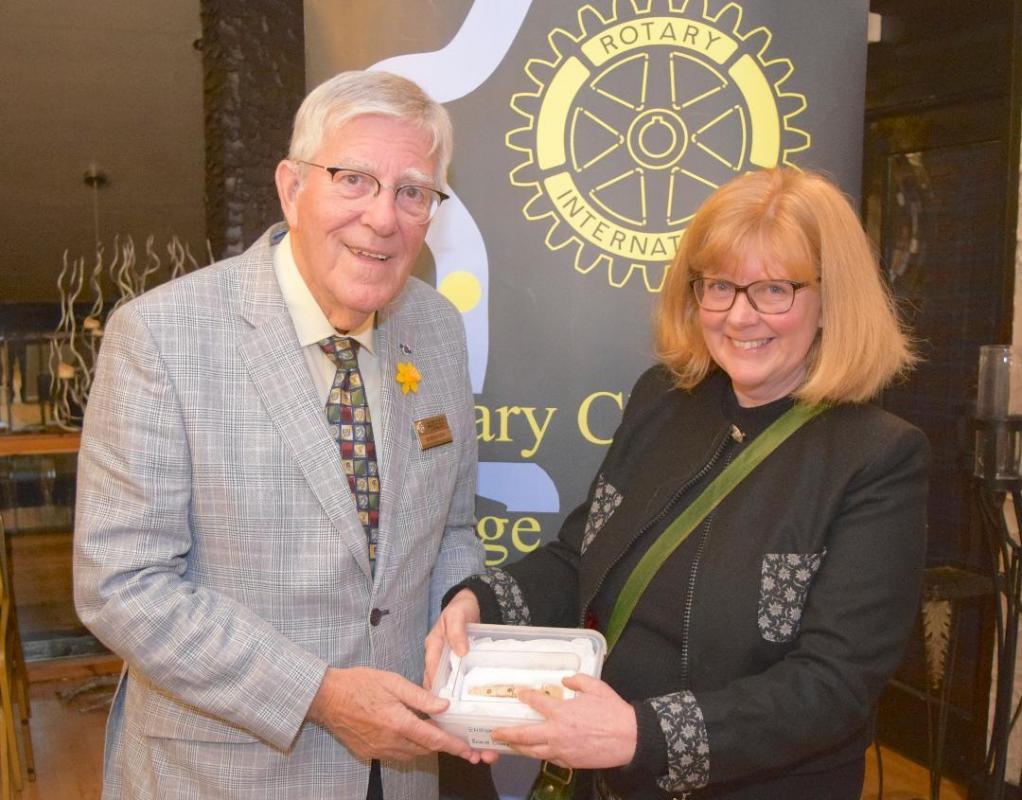 The title of Caroline Paterson’s Talk – Rotary and the Vikings – aroused considerable interest and speculation among members as to how the two elements of the title could be reconciled.

Caroline studied history at Durham University, with a particular interest in the early medieval period and in Viking Age archaeology.  Following a serious illness that forestalled her plans, she undertook two short-term jobs, one in Iceland that revived her interest in the Viking period.  It was at this stage in her talk that she revealed the link with Rotary: Caroline applied for, and was awarded, a Rotary International Scholarship to Uppsala University in Sweden, an important centre for the study of Viking remains.

It was here that Caroline was drawn to specialise in Viking art, an interest she has maintained throughout her career.  These artefacts, she explained, can tell a great deal about the artistic influences on the Vikings and give insight into various aspects of their life.  In Shetland, for example, the discovery of a bone stylus indicated that the Vikings who had settled there had converted to writing rather than using runic inscriptions, with an implication that they had also embraced Christianity.  So much can be learnt from so little.  In East Anglia, objects undoubtedly associated with women’s dress demonstrated that there had been integration with the local communities.  Similarly, in an investigation in Carlisle cathedral, clothing accessories were discovered in graves, indicating that those there were on the cusp of embracing Christianity.  This was in contrast to Viking graves discovered at Cumwhitton that included spears and other weaponry, indicating that they still held to pagan in belief.

In a closing challenge, members were asked to guess the purpose of a delicately carved object discovered in a grave in Orkney.  Not surprisingly no-one guessed: it was an ironing board made of whalebone, a treasured object used for ironing delicate cloth.

Bob Watson thanked Caroline for a fascinating and illuminating talk that had obviously engaged members’ interest.