The construction by NET 2 of two new tram lines from the centre of Nottingham to Toton and Clifton has created the opportunity for some of the largest archaeological interventions in Nottingham for many years. 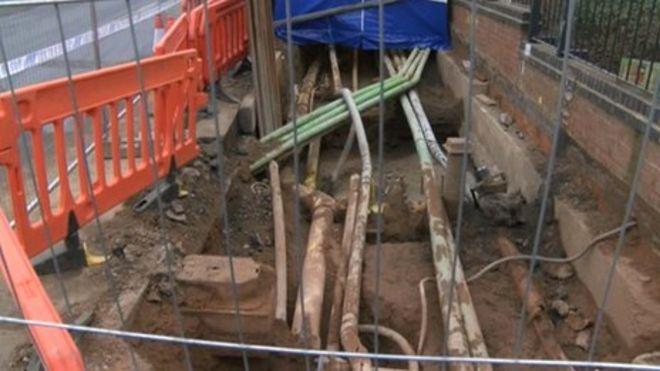 When I was asked to act as Visitor's Steward for this meeting and I looked at the title, my mind immediately went back to before the war when I was living in between Plumtree and Keyworth and with my mum we would catch the bus into Nottingham and get off at The Town Arms at Trent Bridge where we could catch a tram into the town via Arkwright Street to the Fountain where the shops started. On the outbreak of war the tram rails were taken up to use the metal for armaments and the trams were replaced with trolley buses

How ever when I met the speaker I quickly found that the subject was concerned with the archaeology which was found during the excavations to construct the new tram lines from the city centre to Toton and Clifton. She described the routes which the trams were to take and highlighted the areas where archaeology was found.  The most important site was found at Lenton Abbey where the route follows Abbey Bridge on its way to Queens Medical Hospital. Most of the Abbey has been lost but evidence of a thriving market was found nearby with areas which were devoted to the various products like foods,textiles etc which could be identified. She gave a detailed report on the history of this ancient site and the events which have taken place and which have resulted in the loss of the abbey which is now  only a fairly recenlyt built church.

It appeared that very little was found over the rest of the site although there was some suggestion that the contractors were reluctant to report any finds which could result in delays and costs. However it was fairly obvious that little history before the Norman Conquest was found

Nevertheless Laura gave one of the most confident and competent talks which we have had and I would hope that she will be invited back at a future date on other investigations which she has been involved. The current works at the Nottingham Castle should provide an interesting subject