We collected 620 shoe-boxes filled with toys, mostly from schoolchildren, for the Honeypot appeal. These will be donated to young carers looking after parents in need. 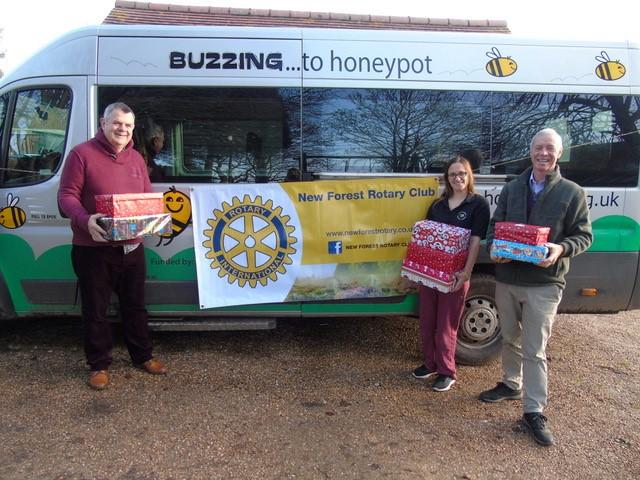 The Final Handover at Honeypot. 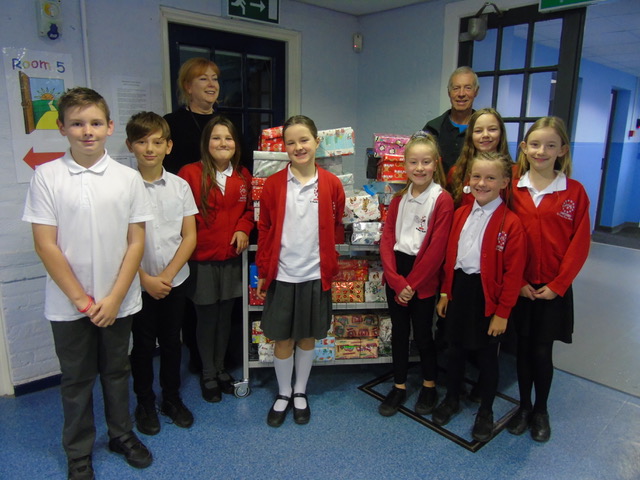 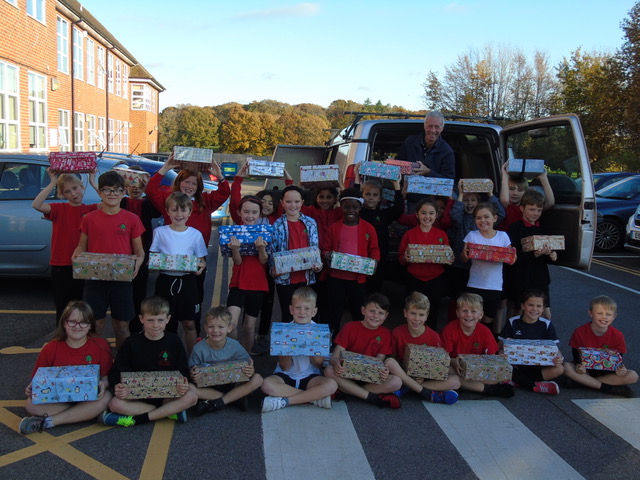 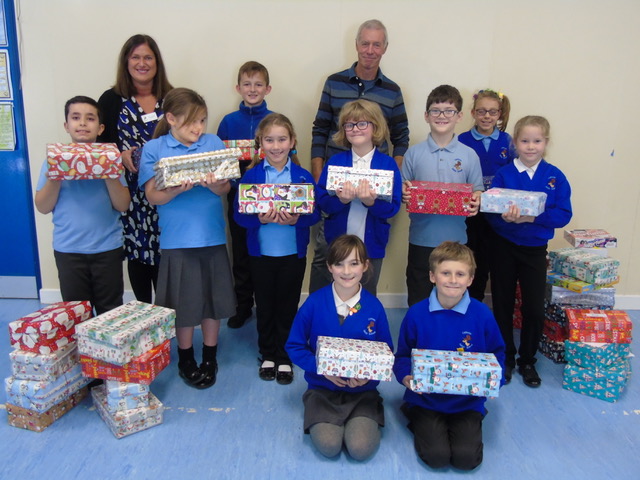 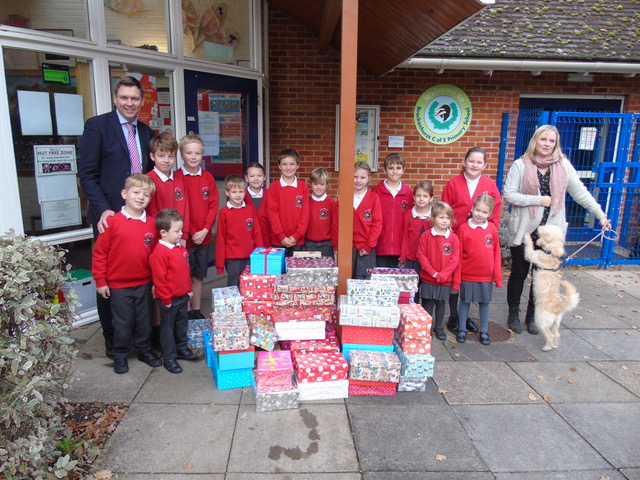 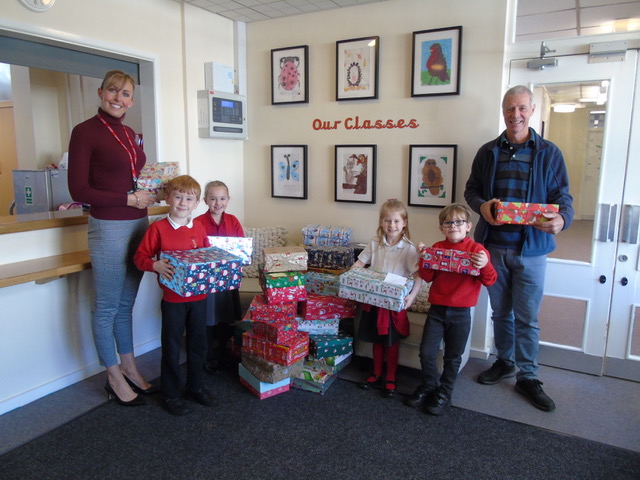 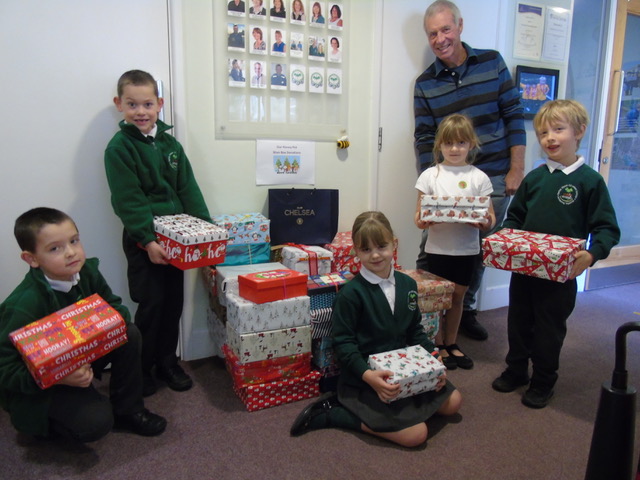 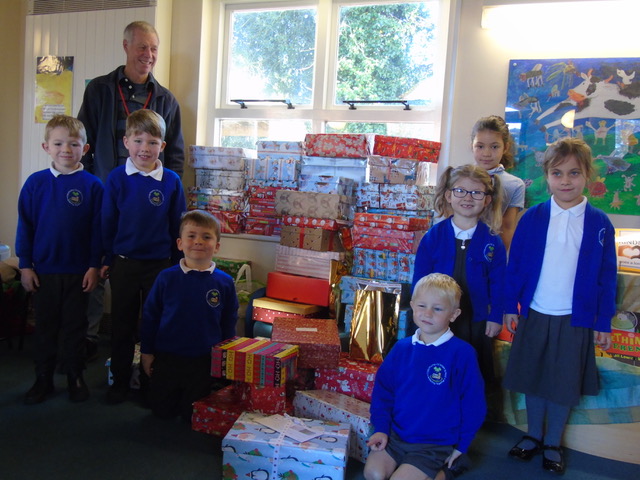 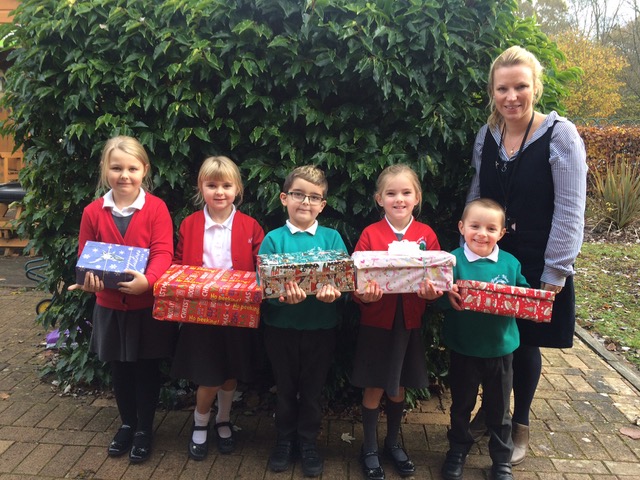 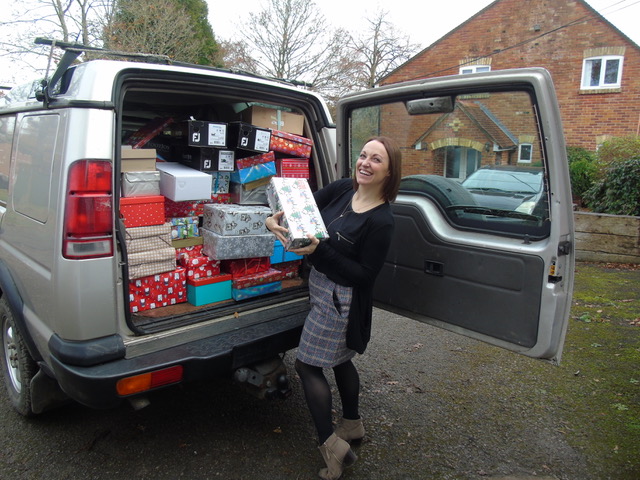 One of the Deliveries to Honeypot 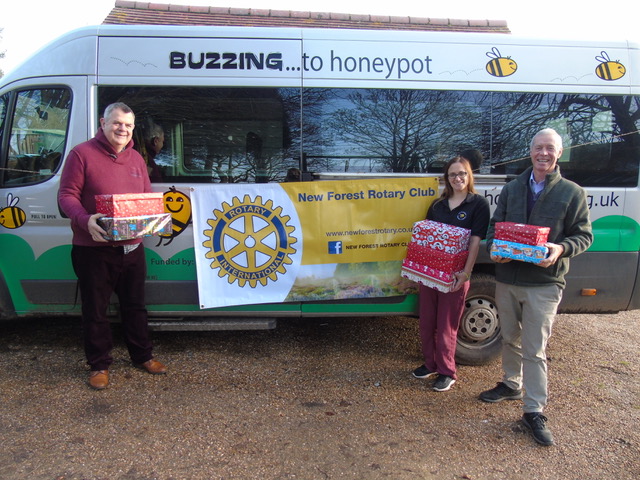 Acting President Tim did the handover, with George.

"All shoeboxes have now been collected and delivered to Honeypot House in Exbury. It has been another successful year and we have collected 620 boxes from 13 schools and one college, which Honeypot were delighted to receive.The number is slightly down on last year mainly because one school was unable to support the scheme due to the number of demands placed on parents.Rotarians have donated 57 boxes, with 20 from Ann Eyers and 10 collected by Alan Blair."       George Stephens.

A  fulsome letter of thanks from Honeypot was received from Honeypot which showed a number of photos which made clear the delight and appreciation of Honeypot children. Click on the following link to view.
Thank_you_letter_New_Forest_Rotary_Shoeboxes.pdf (February 2020)