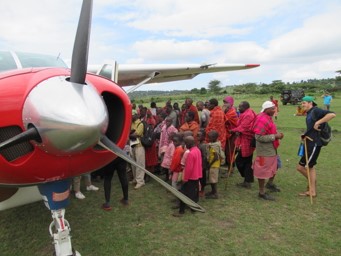 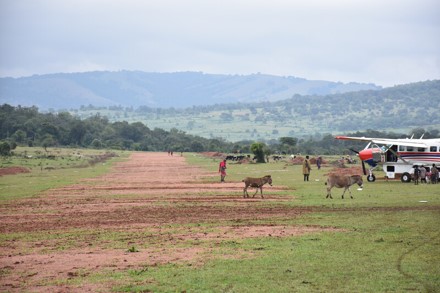 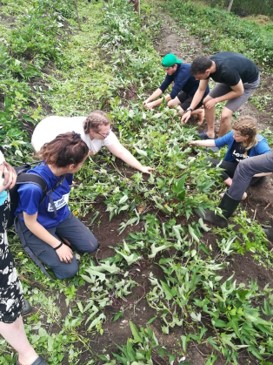 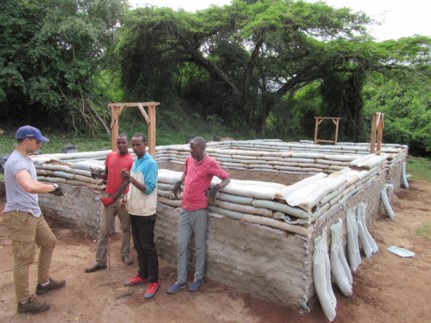 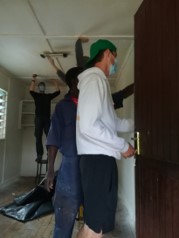 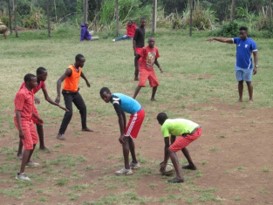 Earlier this year, Rotary E-Club of Aviation gave towards the upgrade that was needed on the airstrip in Enairebuk in south-western Kenya.

We are extremely pleased to report that the work on the airstrip has now been carried out and flights from MAF can now continue to meet the needs of isolated people living in the remote communities in this part of Kenya.

As a result of your investment in this project RedTribe, one of MAF Kenya’s most frequent fliers were able to use the new airstrip this year. RedTribe work in partnership with a remote and traditional Maasai community to bring hope for a better future by improving health, education, and alleviating poverty.

Forests and fields form a carpet of faded green that coats the hills 11 hours by truck from Nairobi. Huts of mud, wood and dung speckle the surroundings. Barefoot children in second-hand clothes and women draped in traditional Maasai colours rush to the blood-red mud runway. Cries of delight echo through the remote location as 9 members of St Paul’s Ealing Church alight the MAF plane and begin their week’s work of putting love into action

Although it may not be up to Heathrow specification, this essential lifeline is more important.

The existing runway had reached the end of its life, and without investment the caravan aircraft would have to cease operating.

Hopefully now it can service the remote area for the foreseeable future.

What is all means for the villagers.

The local school, Maasai Academy, has grown from one classroom and a teacher to a 10-classroom school with a sports field and hopes to provide more,” Karen, the team leader explained. The team from England brought letters from a partner school in London to which the children were able to reply to. Precious bonds were formed between the team and the children, especially when it came to rugby.  With little connection to the world beyond the village other than through MAF, the locals had no idea what rugby was.  But by the end of the week, they had organised a whole rugby tournament with the ball that only days before was nothing more than an oddly shaped “egg”.

Colour in the clinic

Nurse Florence, the only employee of the health clinic in the village, is skilled in a variety of medical procedures including treating wounds, dentistry and midwifery. Yet despite this, the clinic itself was so dark Florence often had to treat her patients out in the open, visible to all.  Now thanks to the team, a quick wash with white paint has brightened up the brown room, and patients can now be seen and treated with dignity inside the clinic.

Most homes in rural areas are composed of a wooden frame cemented in any form of material that can be found, may it be pungent cattle dung or sloppy mud, and the temperatures inside rocket during the day to heights of almost 30°C. In most cases the whole “house” is barely the size of one bedroom, yet this one room serves as a working space (especially for the women), kitchen and sleeping area for adults, children and cattle. Small cracks are the only escape root for smoke from the fire which the women constantly crane over as they cook food for the family. Fires like these are known as the “killer in the kitchen” across Kenya because of the respiratory problems they cause.

Simple building skills make all the difference and some of the team were able to help start a new building made of sandbags and cement providing a more solid and secure building, and with Red Tribe’s help, many villagers are doing the same. The visitors were introduced to Musa, a Maasai who is building a house for his mother and siblings and another for his own future family. These houses have separate rooms instead of one, wooden beds instead of sleeping on the floor and a corrugated iron roof instead of straw. It is people like Musa who are an inspiration to their fellow Maasai, so others are encouraged to transform their mud huts to safe, stable houses.

Water for the women

Women worldwide are often associated with doing several household jobs to sustain family life including cooking food, cleaning the house, looking after the children as well as earning money. Women in rural areas however, have yet another burden.  Every day, they must waste precious hours hiking across the steep slopes to collect water from often dirty and unreliable rivers and springs before balancing their backbreaking cartons back to the village on their heads. Now, with RedTribe and St Paul’s Ealing to help, a three mile pipe has been erected that can transfer water from the spring in Loita Hills to the Maasai village, saving time, preventing evaporation and eliminating excruciating back problems in later life.

Without having to waste time walking, the Maasai women can work much more.  Many produce intricate bead work, earning money for their children to have an extended education.

Even a small act of hospitality during the team’s visit created a lifelong change for one family.  Maasai member Pelua was invited for dinner by one of the members of RedTribe and he requested to take some seeds of the butternut squash they were eating home with him. That one hospitable meal turned into a vegetable patch that would feed Pelua’s family for months!  Butternut squash contains many more nutrients than the traditional food, ugali, a type of porridge made from maize and therefore the family would also enjoy a considerably healthier diet.

The upgraded airstrip is making a difference

Through food, through water and through houses, the needs deserved by every human being were delivered to this remote and isolated community. When the week was over, MAF flew the team from St Paul’s Ealing out of the village, below them a colourful crowd crying goodbye. The team’s bags may have been a lot lighter, but their minds were full of memories of the development they aided, and the joy they’d never forget.

If you would like any further information about this project, or any other aspect of MAF’s work please telephone 01303 851946 or email paul.dunning@maf-uk.org 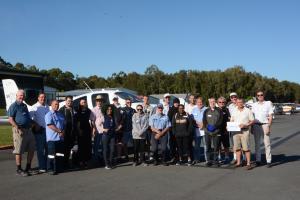 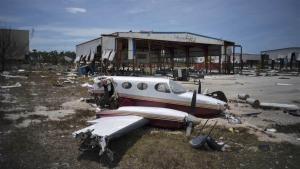 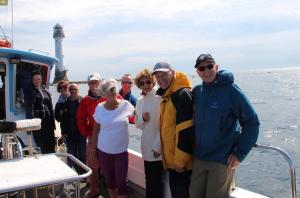 Past President Ian, hosted President Lance and Darcy Weller to a boat trip to the world renowned Bellrock Light house 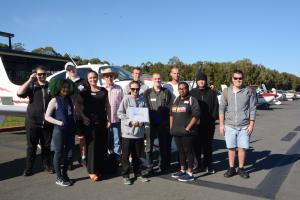 Although our club members live in all parts of the world, we have found some interesting ways of fulfilling our Rotary commitment.

Reflection on our last six months 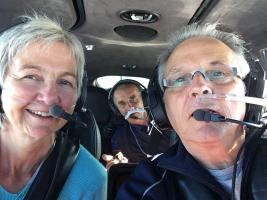 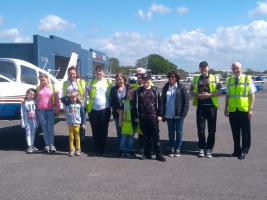 e-club of aviation has members in many countries. We meet on line twice a month. 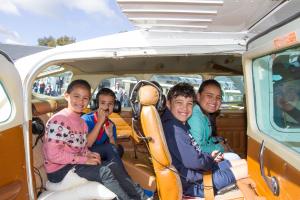 Our Mission Statement. The Rotary e-club of Aviation, District 1010, aims to follow the ethos of Rotary International whilst enjoying online communication with fellow members on all topics but with focus on Aviation. 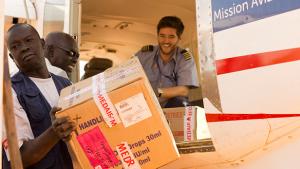