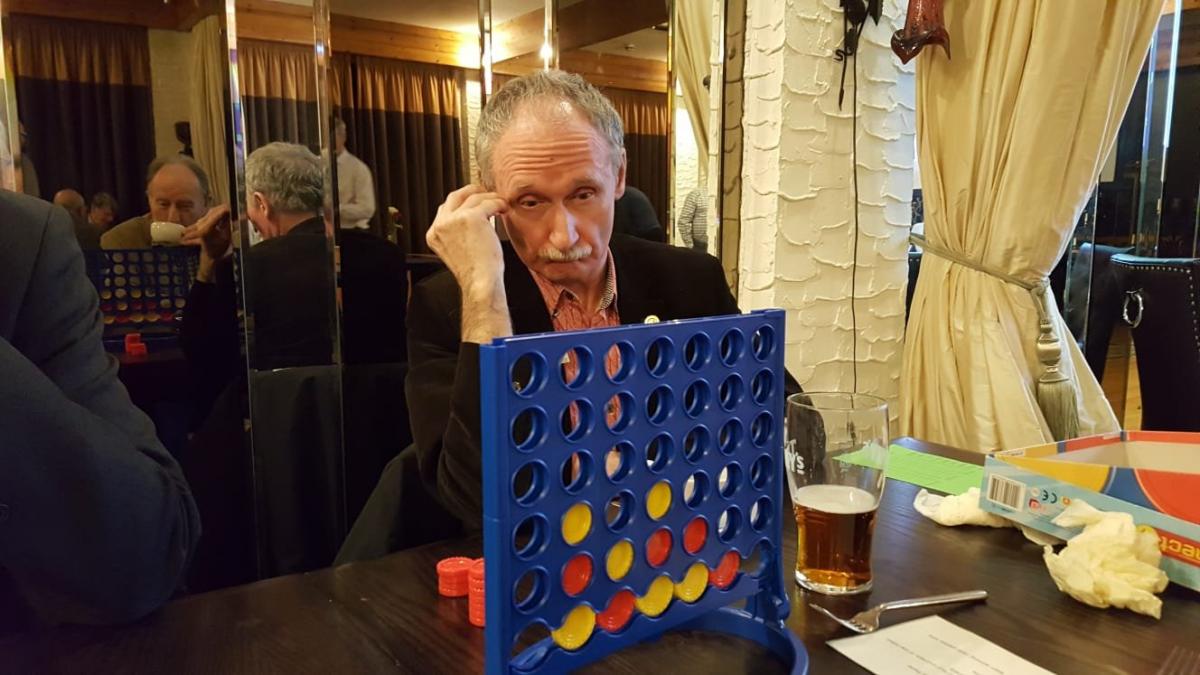 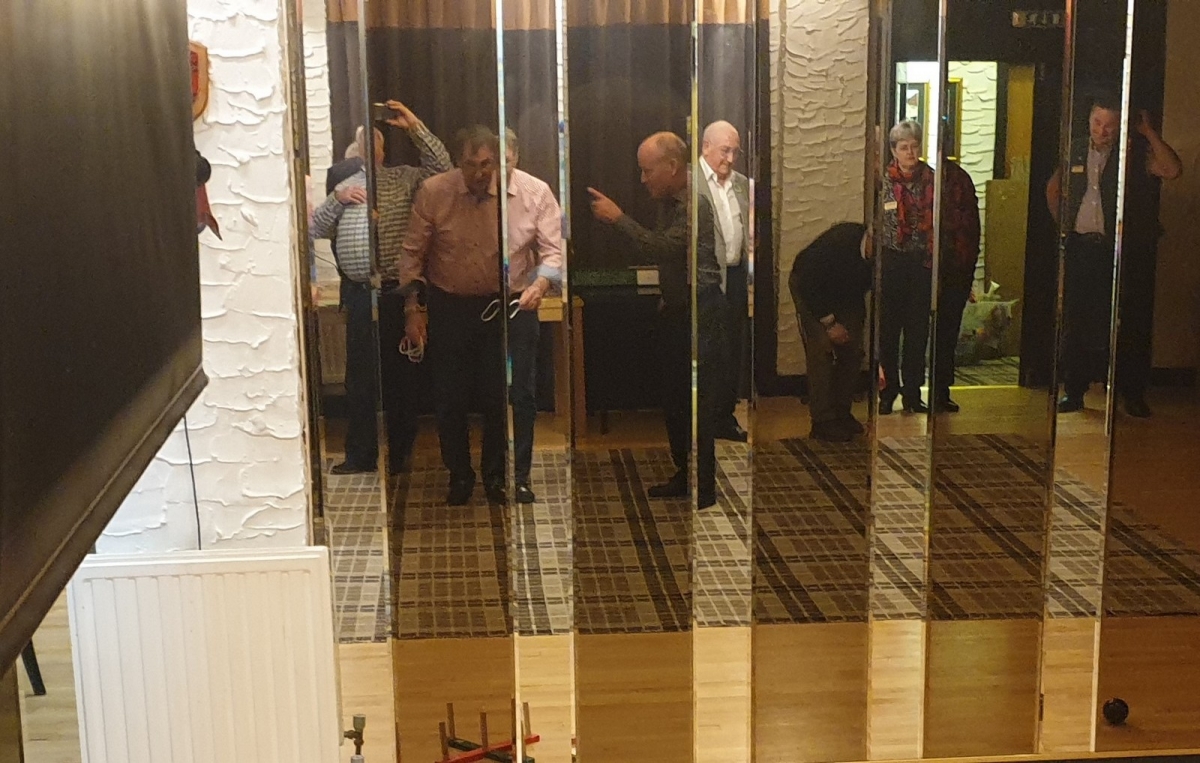 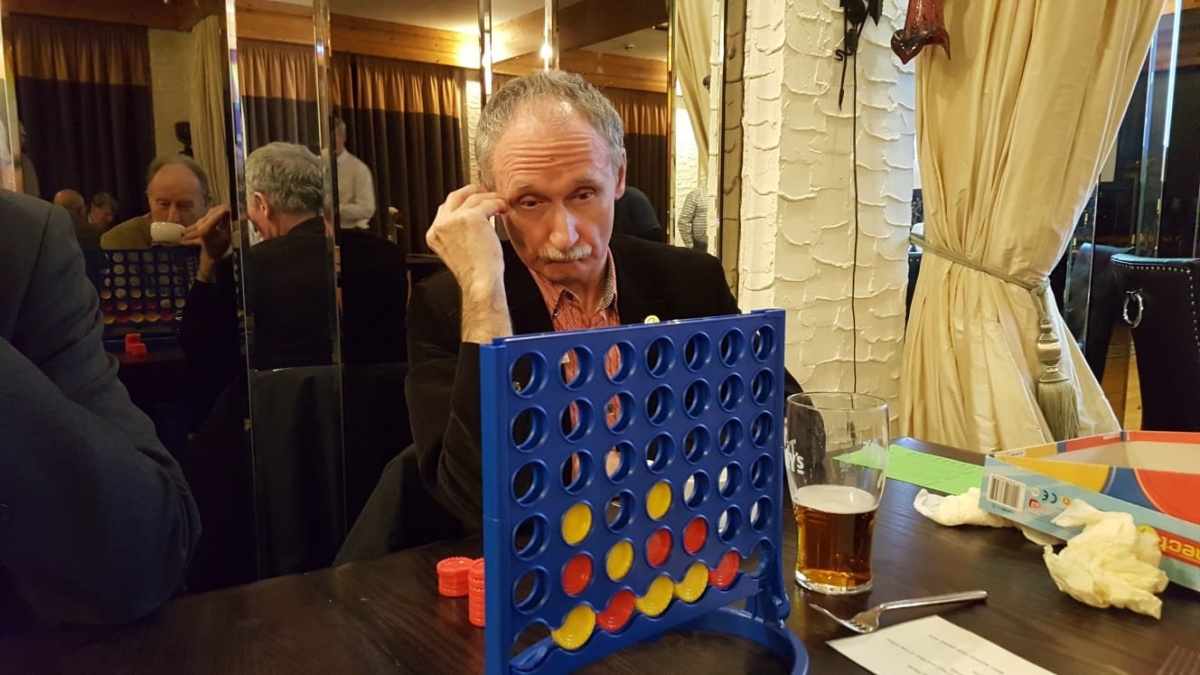 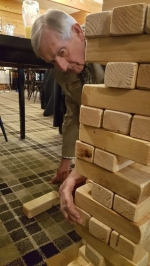 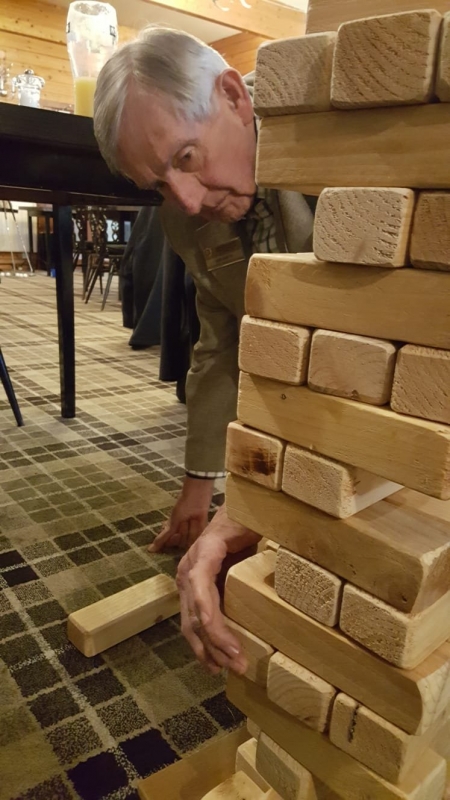 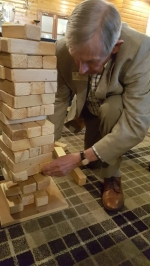 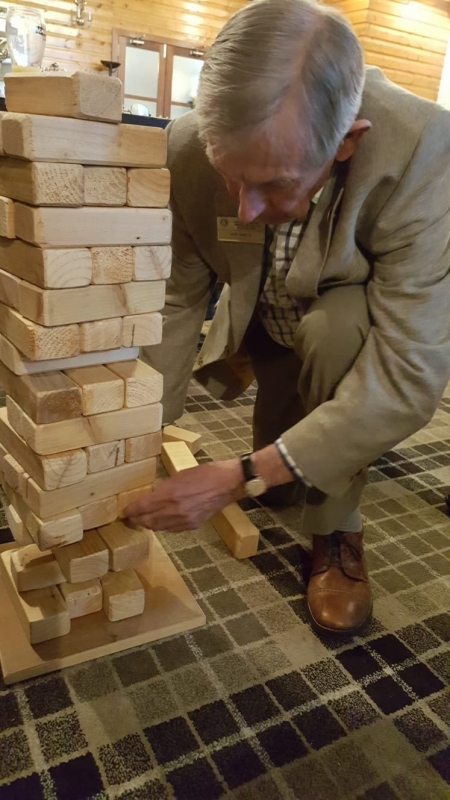 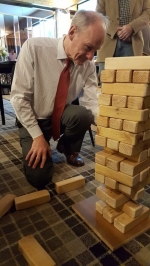 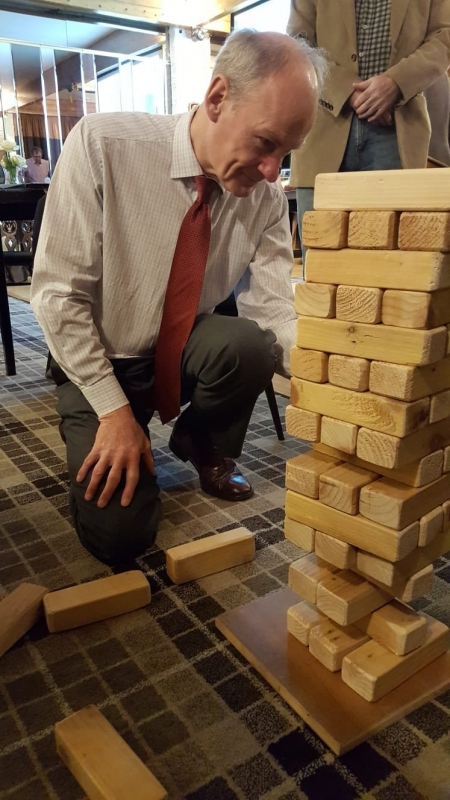 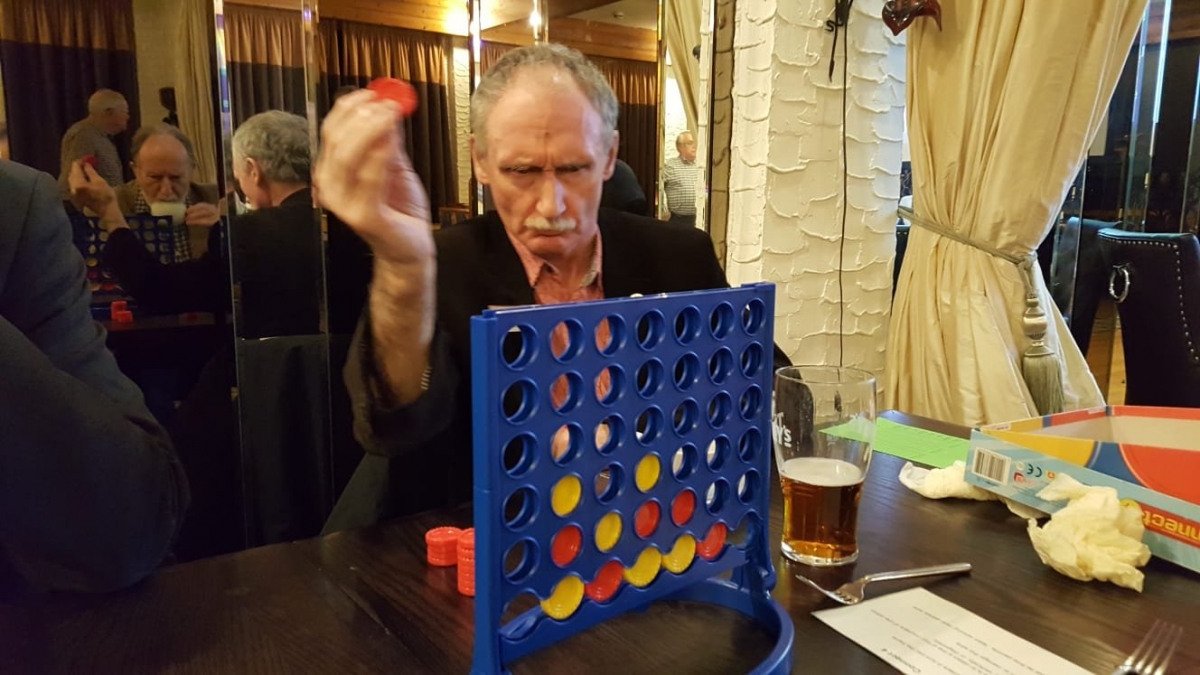 President Nominee Russell Wheater organised an indoor games night for the Members split into two teams - President versus President Elect.  Despite additional systematic difficulties introduced during the night, typically teams moving around the games in clockwise or anti clockwise depending whether in the Presidents or President Elects team - most Members played competitively.  At one stage to gain advantage on the skittle alley, George Morrison was seen rolling up the carpet to get a faster roll of the balls to the skittles.

The teams were selected well and the scores were particularly tight at the end of the evening with the Presidents team winning by only half a point.

All present thanked Russel for organising a good fun night.