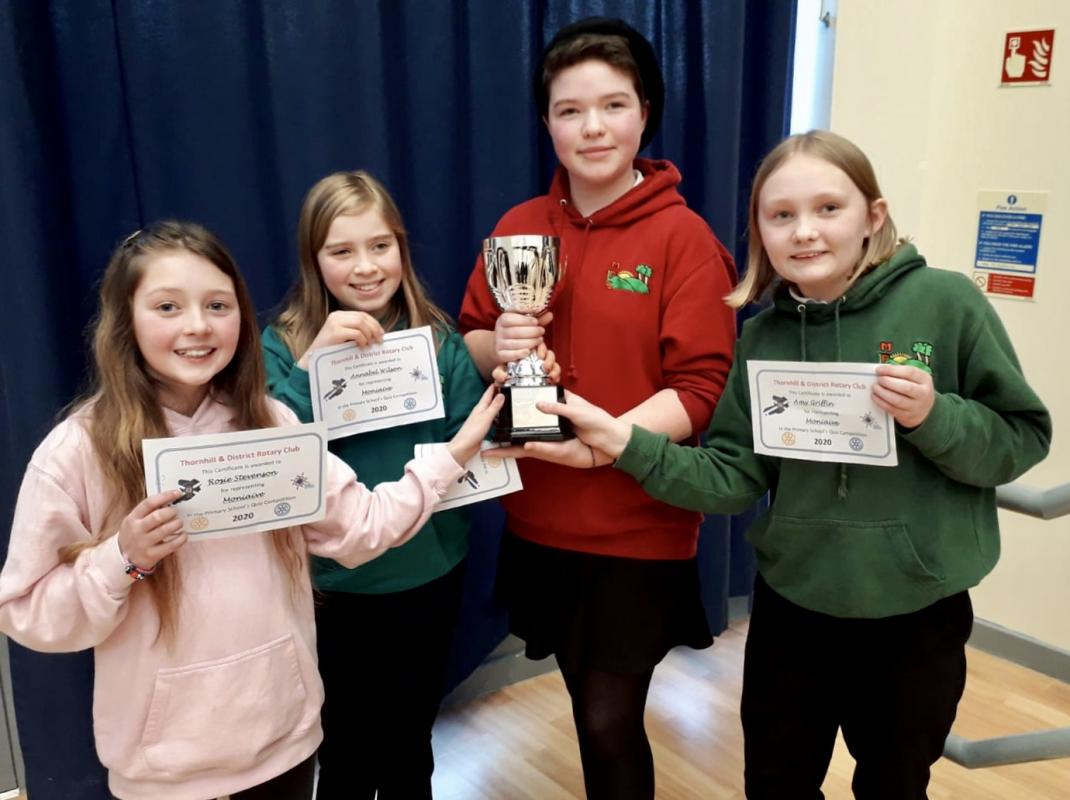 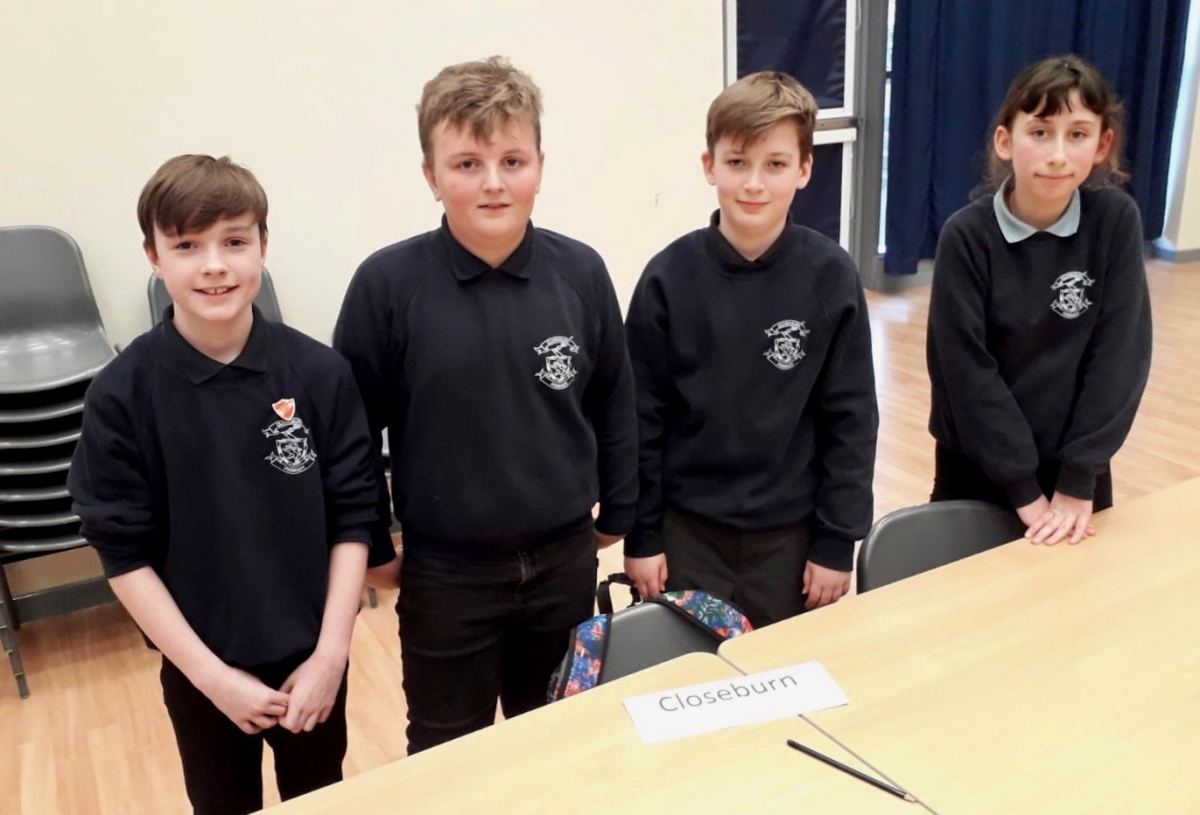 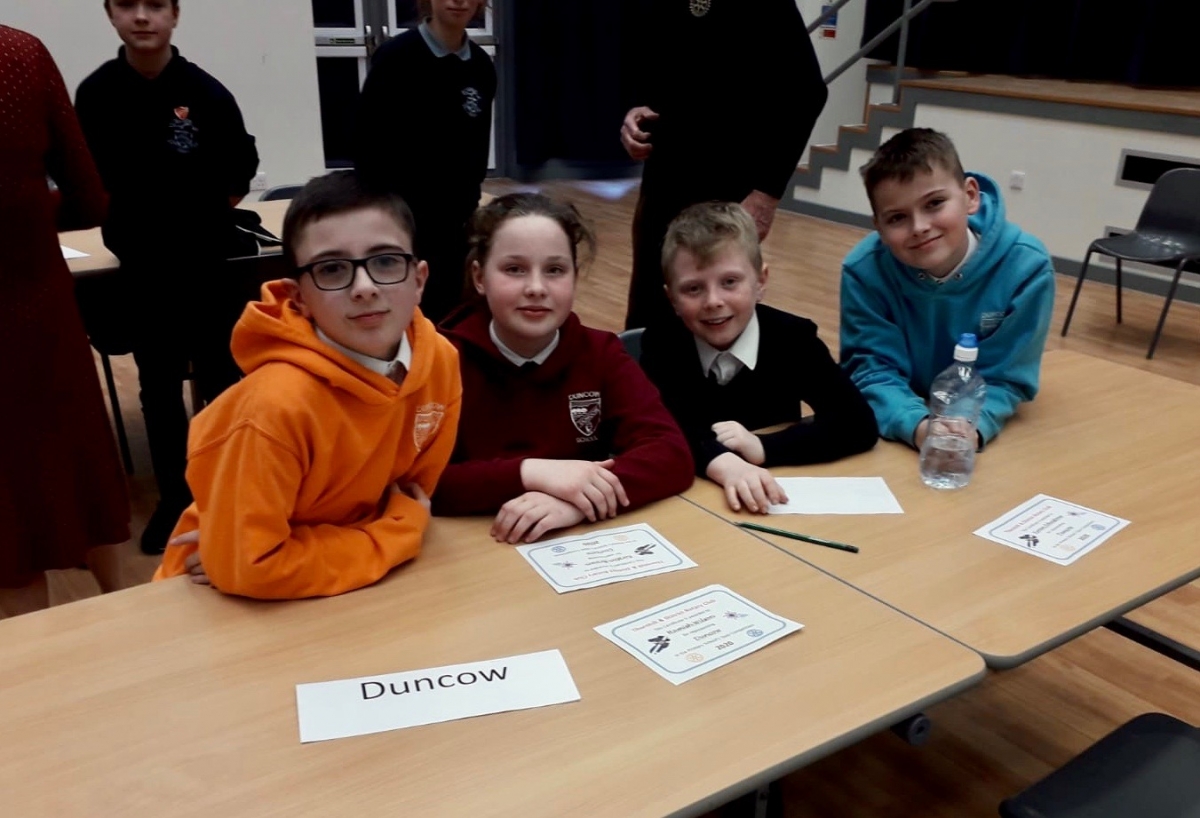 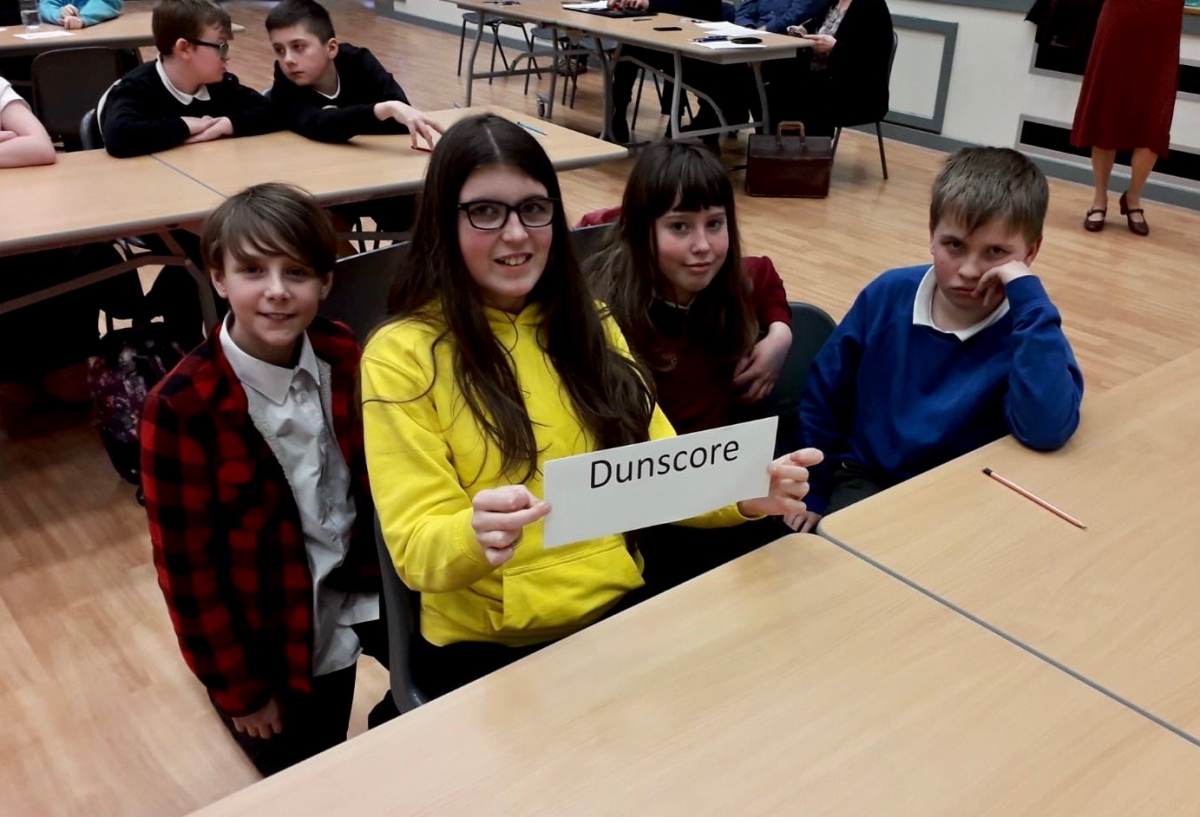 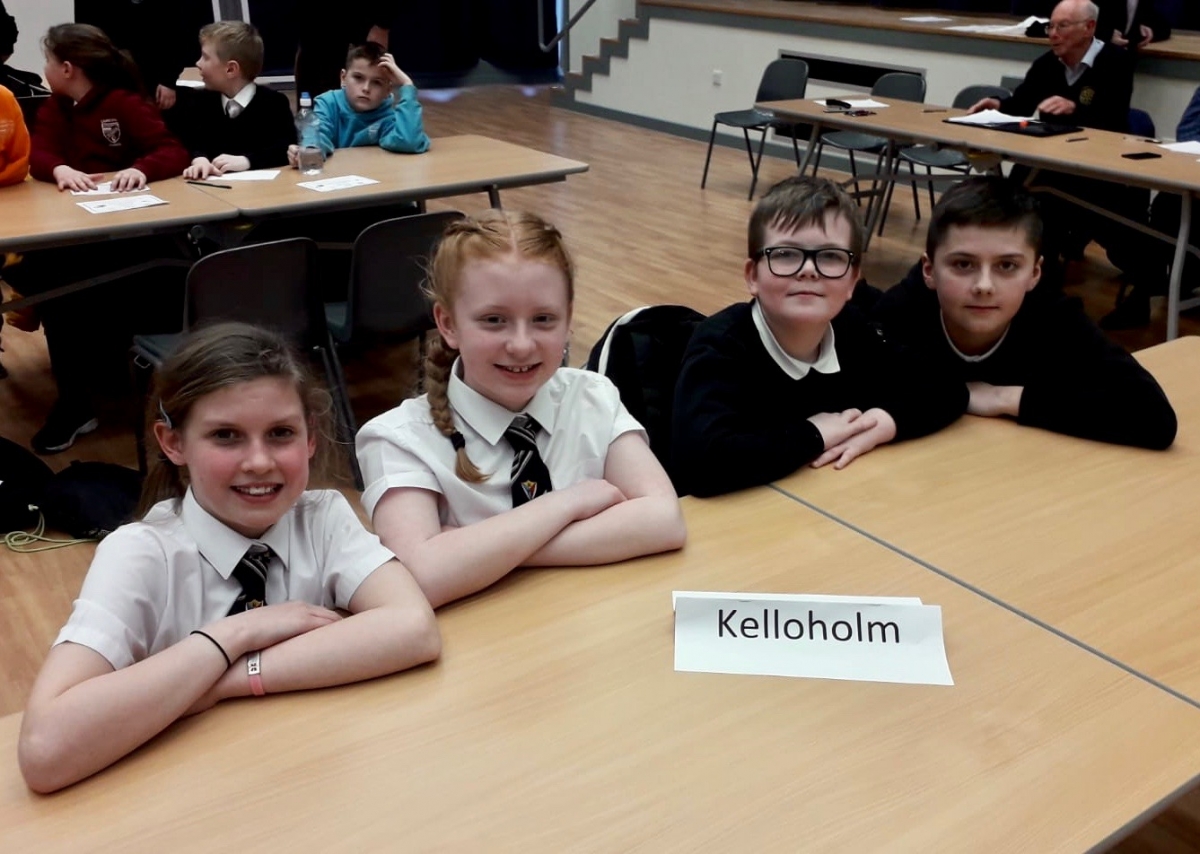 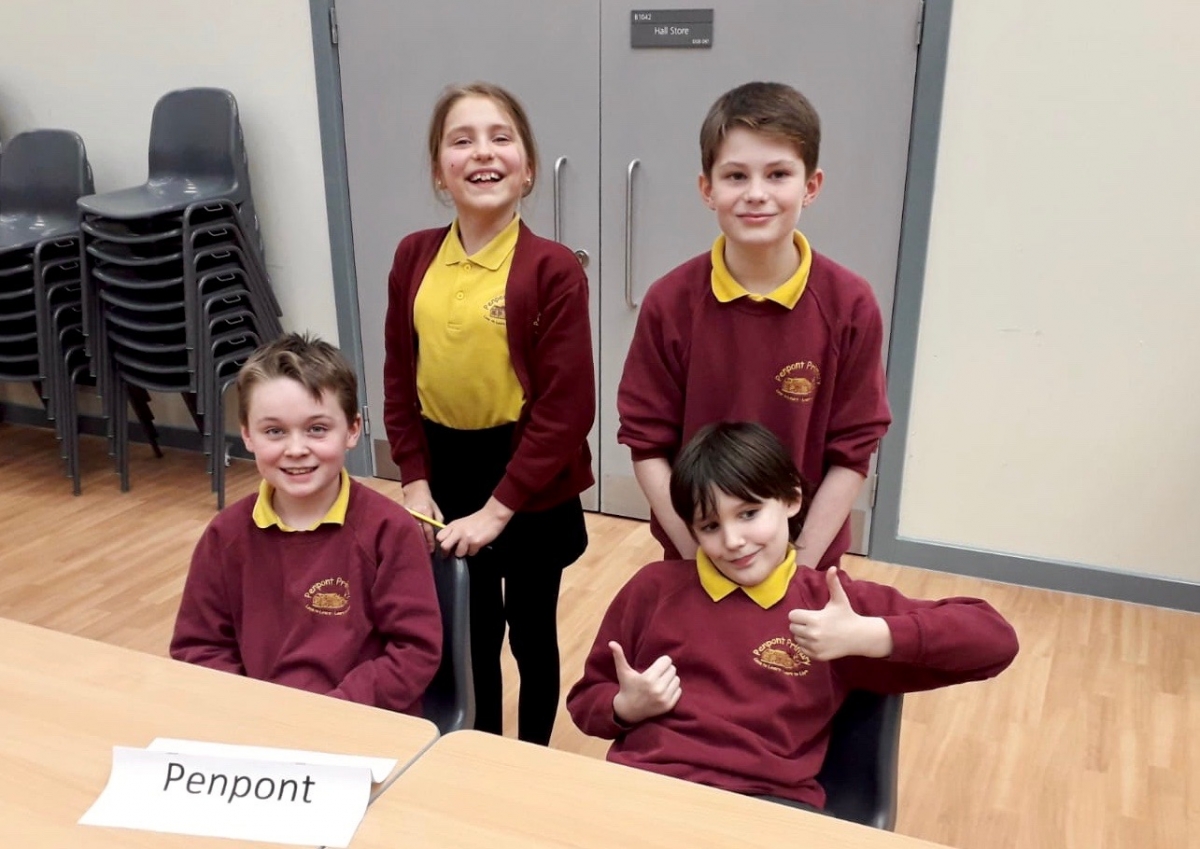 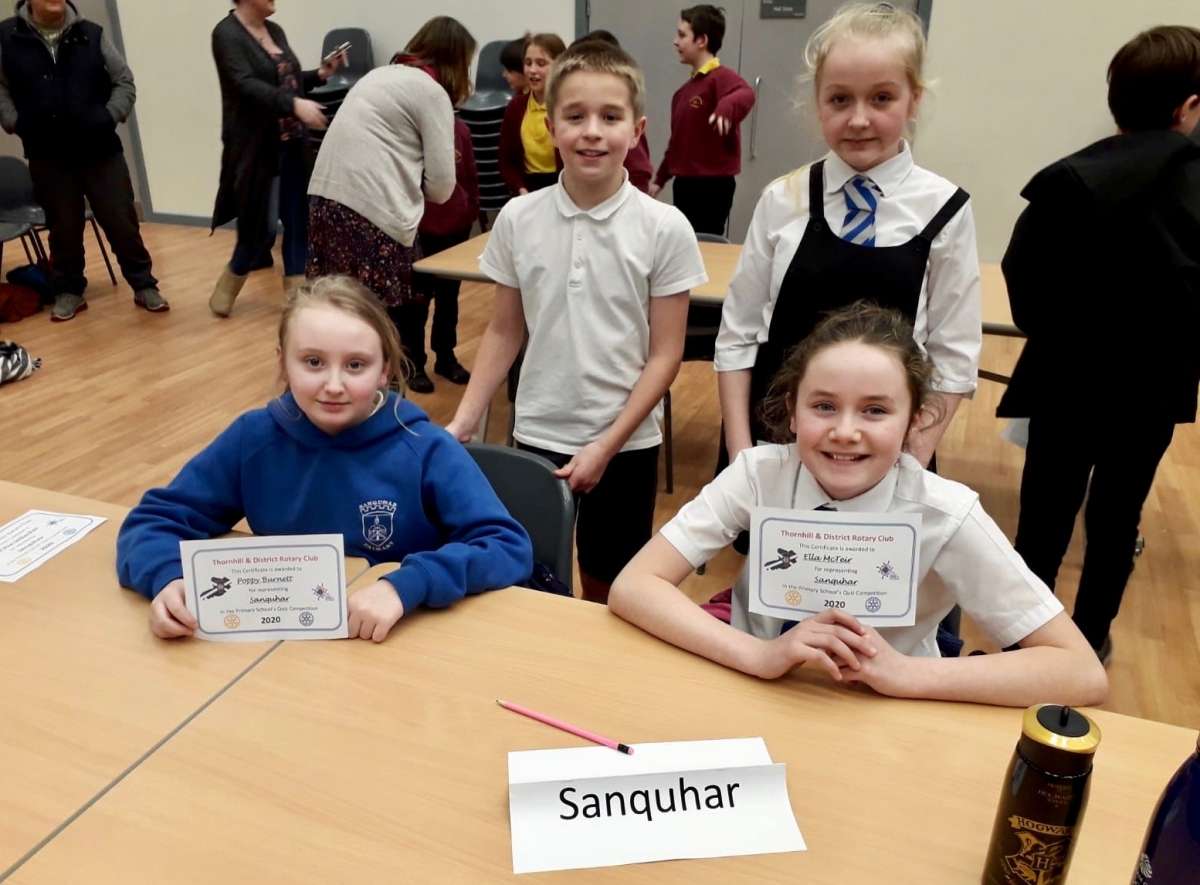 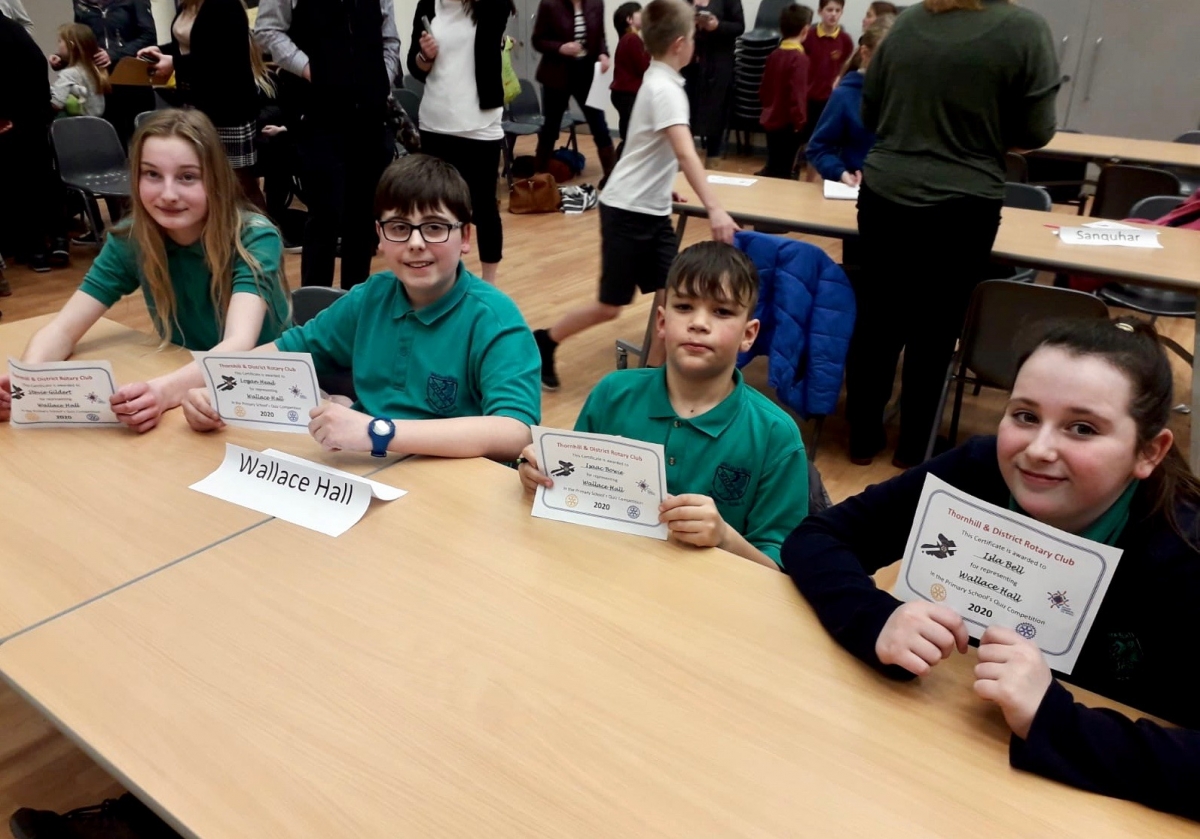 The Rotary Primary School Quiz has become one of our most popular events, where pupils, teachers and Rotarians always enjoy this competition, initially organised by clubs for schools within their area, with the winners progressing to the District final.

Recently, Tuesday 3rd March The Rotary Club of Thornhill and District held their annual Quiz, this year local area 2019 winners Wallace Hall Primary School hosted the competition on home ground in Thornhill. The competition was open to teams of four from all eight Primary Schools within the Upper Nithsdale area.

On the day teams from Closeburn, Duncow, Dunscore, Kelloholm, Moniaive, Penpont, Sanquhar and Wallace Hall Primary Schools, went head to head and after a close competition and only following a tie break between Closeburn and Moniaive teams, Moniaive Primary School was announced as the winner of the local area round.

The team, comprising of Rosie Stevenson, Annabel Wilson, Esther Thomson and Amy Griffith will now go forward to the next round, the South West Area Final, dates to be announced in the near future, also as local area winners they will provide the venue for next year's Primary School Quiz for the local area schools.

The event was well supported on the day, where everyone took in the atmosphere of the competition and had an informative and interesting day.

Hundreds of youngsters in our District take part every year in our youth competitions which in most cases start at club level and go on to a District final. Many go on from there to regional heats followed by a national final. The majority are categorised into junior, intermediate and advanced age groups.