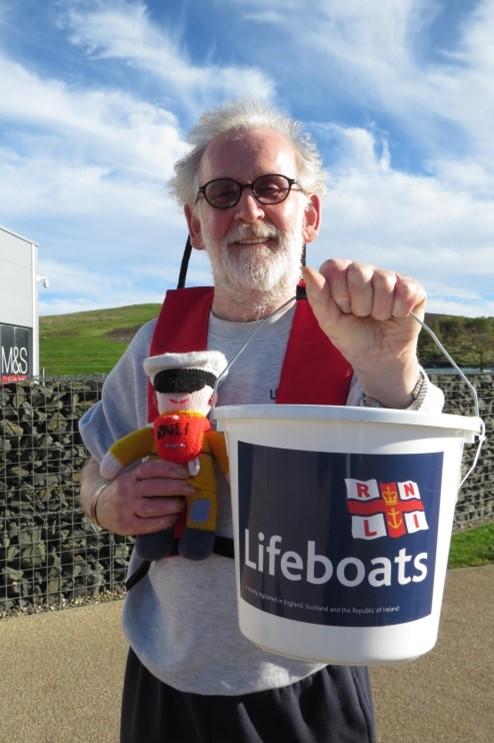 The Royal National Lifeboat Institution provides a 24-hour search and rescue service around the United Kingdom and Republic of Ireland coasts.  It operates over 238 lifeboat stations and more than 240 lifeguard units on beaches.  It’s completely independent of the coastguard service and government and depends entirely on voluntary income.

Our speaker at this meeting was David Hastings who is the Hon. Secretary of the Durham Branch of the RNLI, an award-winning inland fundraising Branch based in the City of Durham.   In the last 17 years the Durham Branch has organised over 350 fundraising events which have grossed more than £275,000 income for the RNLI.

David called his talk “Wooden Boats And Iron Men.”  He said, “from 1790 to the present day, RNLI volunteers have braved all weathers and shown immense courage to save over 142,000 lives.”

Early lifeboats date from 1785 and in 1786 Henry Greathead made the first purpose built lifeboat.  Called "The Original" it was stationed in South Shields and used for 40 years.   The oldest surviving lifeboat in the world is the Zetland.  It was built in 1802 and remained in service until 1880.  It can be seen In Redcar museum and a visit is highly recommended.

On 4th March 1824 the Royal National Institution for the Preservation of Life from Shipwreck was founded as a charity funded on a voluntary basis by Sir William Hillary.

In 1851, following several disasters at sea, the Duke of Northumberland organised a competition to design a self-righting lifeboat.  The competition was won by James Beeching.  In 1891 the first ever charity street collection and parade was held by the RNLI in Manchester.  In 2014 the Shannon class lifeboat was introduced.  It is the first operational all-weather lifeboat without any propellers.  Powered by twin water jets it has a top speed of 27 knots and a fibre-reinforced composite hull.

Tragedy, bravery and generosity have shaped the RNLI to what it is today.  Grace Darling and her father became national celebrities in 1838 when they rescued survivors from the SS Forfarshire off the Farne Islands.  The most decorated lifeboatman is Cromer Coxswain Henry Blogg.  In 1941 he was awarded his 3rd gold medal. In all he has received the George Cross, the British Empire Medal, 3 gold medals and 4 silver medals.  In 53 years of service he rescued 873 lives.

The biggest rescue in history was in 1907.  Lifeboats from Coverack, The Lizard, Cadgwith and Porthleven rescued 456 people from the stricken liner Suevic. This record still exists.  Just before Christmas 1981 eight crew of the Penlee lifeboat, the Solomon Browne, lost their lives as they attempted to save those on the Union Star.

Since 1824 when the RNLI was founded the lives of more than 142,700 seafarers and sea passengers have been saved.   Sadly, over 800 lifeboat men and women have lost theirs.  In 2009 a Lifeboat Memorial was unveiled at Poole in Dorset. 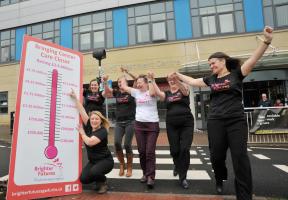