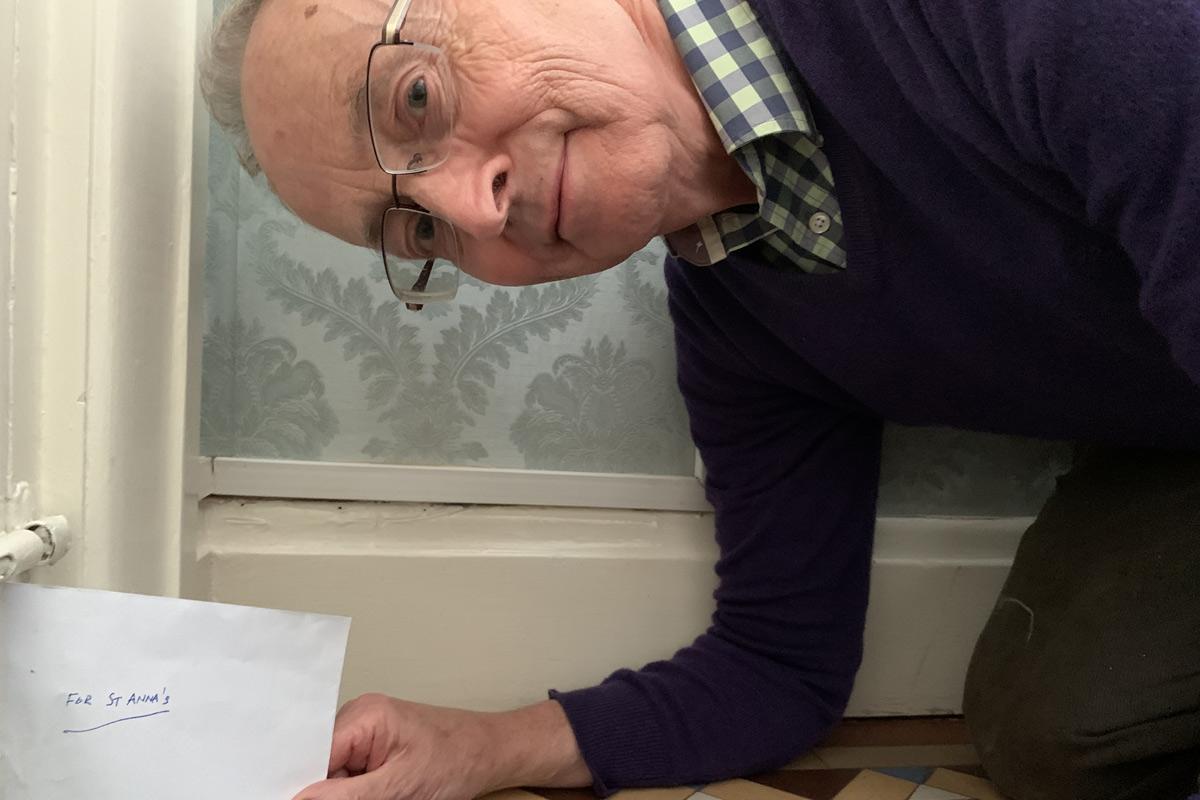 Members and friends of Oswestry Rotary Club have responded to an urgent appeal for funds from St Anna’s Family Home in Winneba, Ghana created by the COVID-19 pandemic.  Since the appeal started last weekend, the fantastic amount of £1,193 (incl Gift Aid) has been raised in response.

When, in 2004, Oswestry's Gabby Haigh and university friend Lara de Klee spent 3 months living in Winneba on Ghana's coast they became aware of the large number of homeless children living on the streets.  Children from poor families were also missing out on an education because they could not afford school fees.

With the full support and guidance of the Ghanain authorities Gabby and Lara formed the idea of building a house where some of the homeless children could live which could also be a school for the poorer children from the surrounding area.  For 10 years, since the first children took up residence, the project has gone from strength to strength and now provides a home for around 20 children and a primary school for over 220 children.  St Anna's operation is supported by a UK Charity set up by the pair so that 65% of the home's running costs are funded by the income from the school with capital costs being provided by fundraising from Gabby, Lara and their friends and family.

When Ghana went into lockdown in March in response to the COVID-19 pandemic, all schools were closed causing a devastating effect on St Anna's finances which was compounded by an almost doubling of numbers of the children to be accommodated in the home.

In her appeal Gabby says: "Thankfully all of our children and staff in St Anna’s Home have remained in good health since the start of the pandemic but with the school closed this leaves us with a rather significant deficit.  The uncertainty of when the school will be able to open fully again, and exactly how many pupils will return, also makes it very difficult to plan for the future.  We have 32 children living with us in the Home at present, and at a minimum we need £700 per month to cover costs of food, clothes and staff salaries."

Gabby's father Ian, Secretary of Oswestry Rotary Club, asked club members for their help and they responded as quickly as they could. “We do have a letterbox, but an anonymous donor managed to squeeze an envelope containing £100 in cash through our fully draught proofed door jamb!” said Ian. " We also accept cheques in the traditional way (details on our website www.rotarycluboswestry.co.uk) where we can collect Gift Aid if the donor completes a Gift Aid form.  Donors may also give through St Anna's Virgin Money Giving account whose details are also on our website.  I am sure that Gabby will be very relieved by this prompt reaction. Thanks to members and friends for their generosity."

Ian went on to add: "Throughout Gabby's involvement with St Anna's, she has qualified as a doctor from the University of Liverpool in 2009, found the time to marry and raise two pre-school children and is currently is on rotation as a paediatric Senior Registrar at Wrexham Maelor Hospital."