Early Spring each year sees a beautiful purple carpet of crocus blooming in many communities across Great Britain and Ireland . They have been planted by local Rotary Clubs like Otter Valley . WHY? 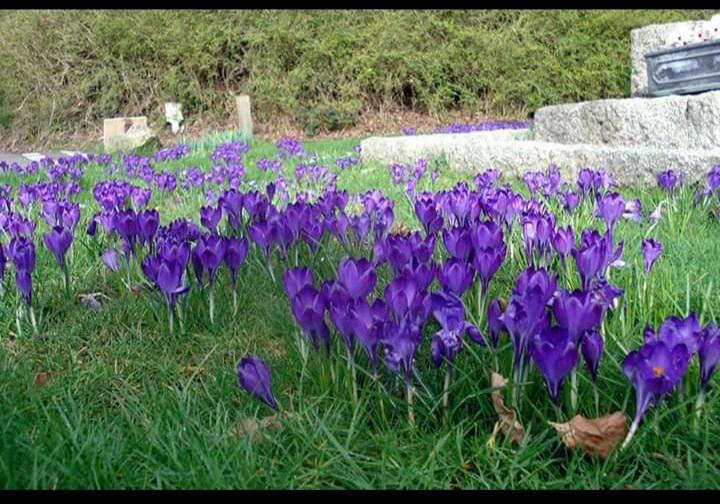 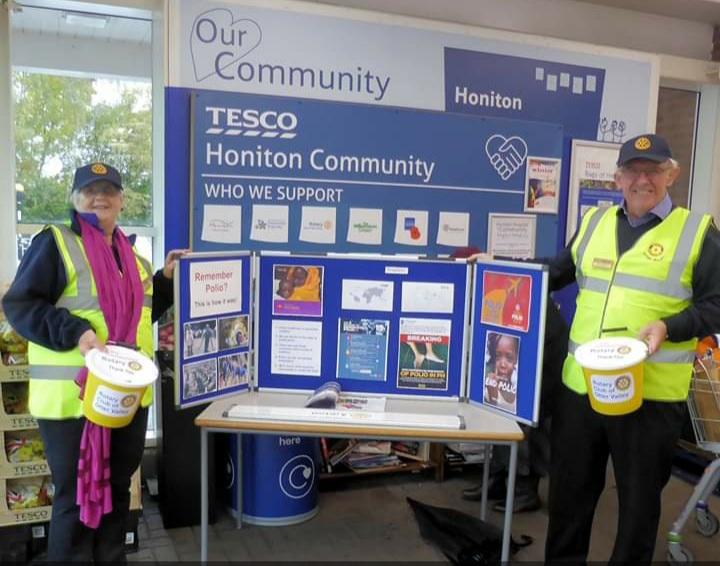 Jim and Linda Collecting for Polio 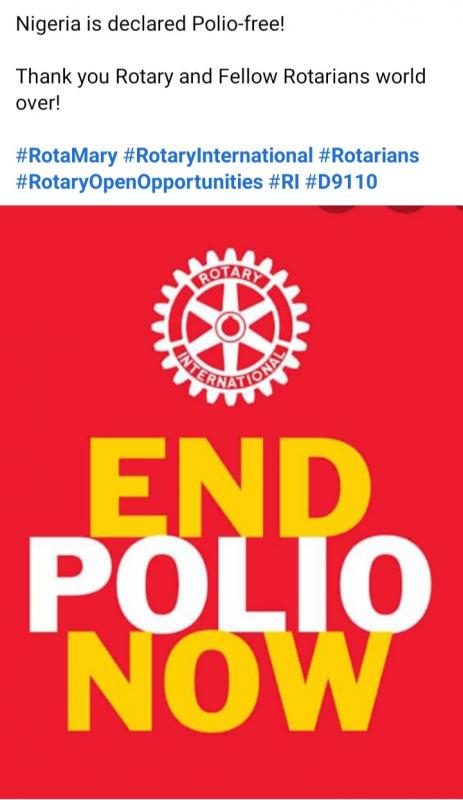 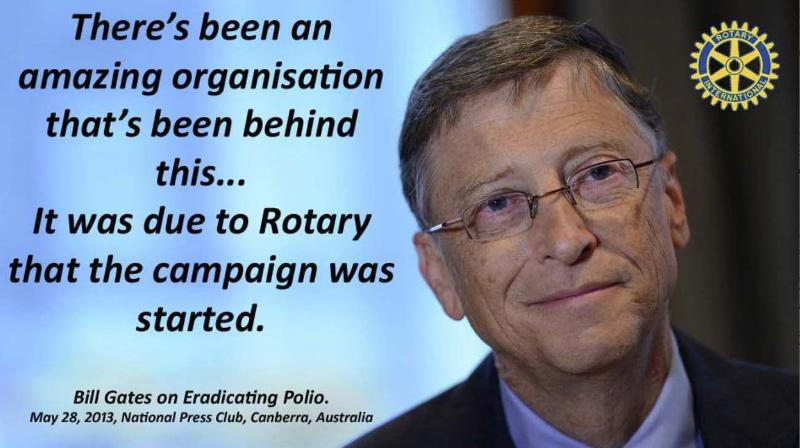 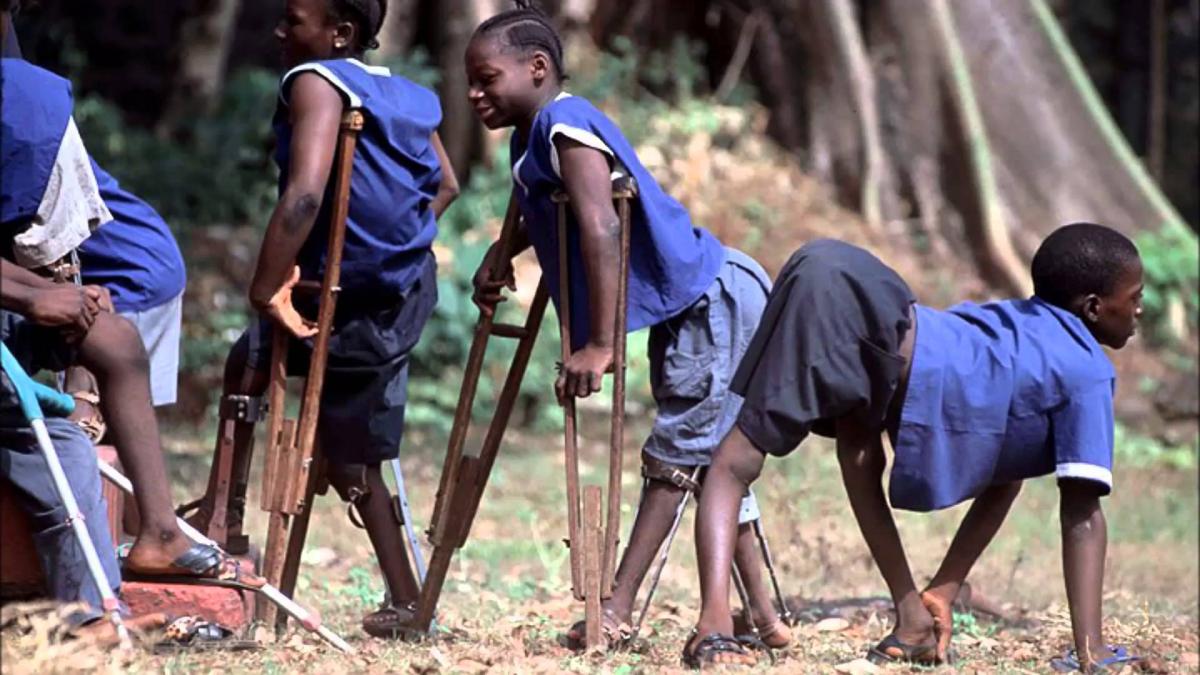 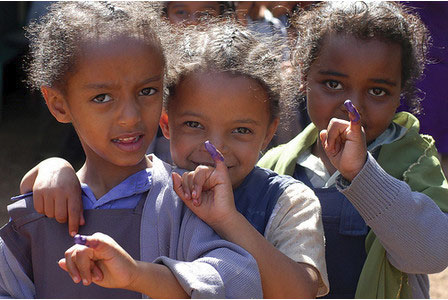 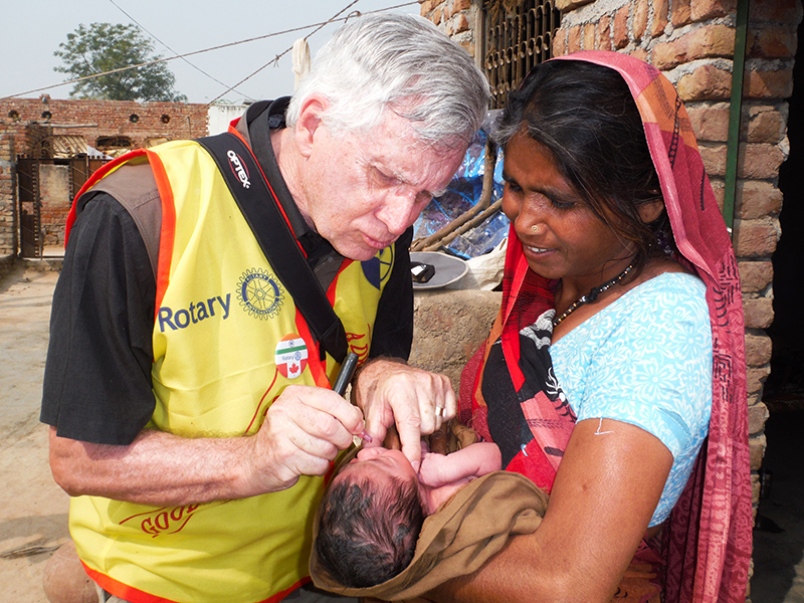 Polio ( Poliomyelitus) is an extremely  dangerous virus that can paralyse for life and sometimes kill. Children in Britain have been immunised against Polio since the 1950's , but even in 1985 Polio was endemic in over 130 countries across the world and over 350,000 people were infected each year, mostly children.

In 1979 Rotary started work with the Ministry of Health in The Philippines to rid the country of Polio.  5 years and $760,000 later 6 million children had been immunised and polio had been eradicated from the country.

In 1985 Rotary International joined forces with The World Health Organisation and UNESCO and started END POLIO NOW. This was a massive undertaking to rid the world of polio, and later the Bill and Melinda Gates Foundation would join the battle making huge funding contributions to the project.

Over the years,over $1.5 billion has been spent on National Immunisation Days in countries across the world. Over 2 1/2 billion children have been immunised.

The battle is so very nearly won. After several national immunisation days involving some 60 million children,  India was finally declared polio free by the World Health Organisation in 2014 . And from over 130 countries only two ( Afghanistan and Pakistan)  remain to be cleared of the virus The number of polio cases arising is now below 200 annually , from over 350,000 per year at the start.

To show that children had been immunised their little finger was dipped in a harmless purple dye. To promote the work of this world project Rotary Clubs across Britain have purchased and planted millions of crocus corms in public areas, providing carpets of purple flowers in early spring. A fitting tribute to the success.

We have come a long, long way but Polio has not yet been eradicated. And the challenge has just got a lot more complicated with COVID 19.

If you would like to know more about END POLIO NOW, or help in some way, do contact us at OTTER VALLEY ROTARY, your local Rotary Club. One of over 30,000 Rotary clubs around the world taking on the fight to rid the world of Polio. 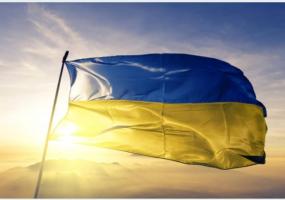 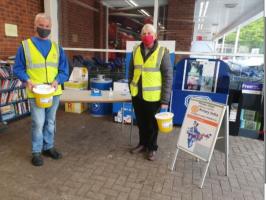 more Members collected outside of Tesco Honiton, raising money to help the people in India affected by Coronavirus. 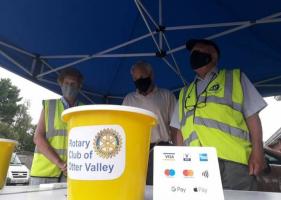 more Following the bombings in Beiruit, Rotarians were only too willing to restart their primary function of raising money to help others. 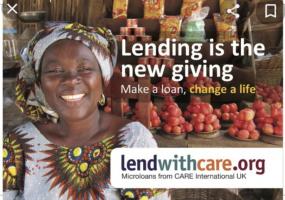 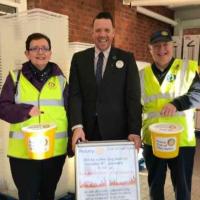 more Through the generosity of the public a total of £1.341.17 was raised at Honiton Tesco and McColls , Ottery St Mary 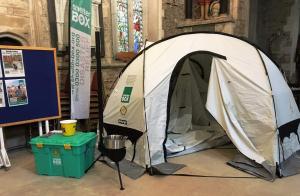 back There are over 30,000 Rotary Clubs in over 130 countries across the globe. The Rotary Foundation is our own global charity undertaking humanitarian projects around the world. Our International team plans and co-ordinates our involvement in that work.