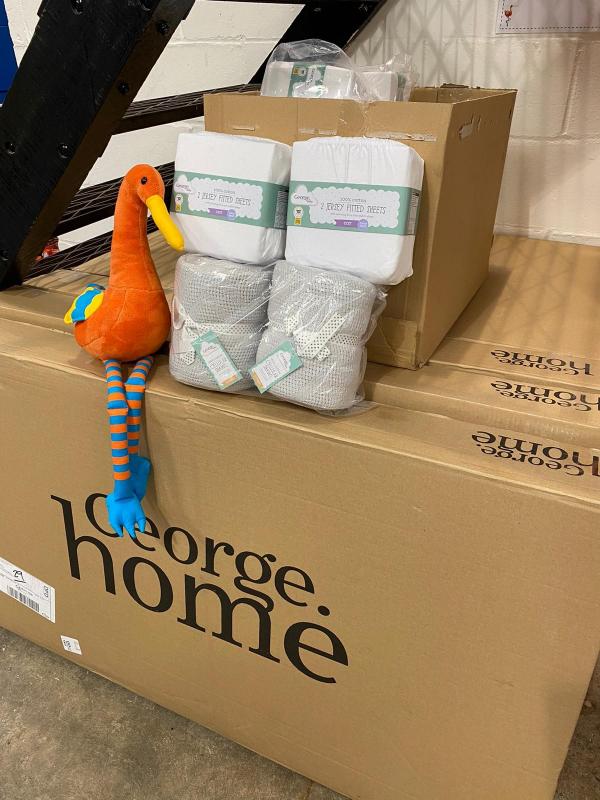 Our partners Stripey Stork have provided this case study to illustrate how the RI Foundation Grant is being used to meet critical needs of new mothers in the Covid 19 crisis:

“She was forced to work as a prostitute until she became pregnant, then discarded.  Having been brought here illegally, she has no recourse to public funds and a new baby to support.  Fear, shame and lack of money means that she is unable to return to her family”.

This week we caught up with Darren Peters, a Modern Slavery Advocate to find out how lockdown is impacting the families he supports, and how Stripey Stork has been able to help.

Darren is employed by Hestia https://www.hestia.org/modernslaveryresponsein partnership with the Salvation Army https://www.salvationarmy.org.uk/, and his role is to support people who have been rescued from modern slavery and trafficking to rebuild their lives.

Modern slavery is where people are coerced or deceived into a situation and exploited for profit. It takes many forms including trafficking for sexual exploitation, domestic servitude and forced labour in work such as nail bars and car washes.  It is a criminal offence under the 2015 Modern Slavery Act but sadly remains a widespread and hidden problem.

Hestia is currently supporting 1,500 people across the UK who have been rescued from modern slavery and Darren has 17 clients on his caseload at present.  Darren told us: “every one of my clients is very vulnerable, they are in crisis.”

Darren contacted Stripey Stork to request a cot on behalf of a Mum he is supporting.  Now 23, she had been held as a slave since she was 14.  Darren explained that hers was a scenario they see all too often: “She was forced to work as a prostitute until she became pregnant, then discarded.  Having been brought here illegally, she has no recourse to public funds and a new baby to support.  Fear, shame and lack of money means that she is unable to return to her family”.

Now living in a hostel in Croydon, she has to survive on £35 a week, so even essentials for the baby are out of her reach.  The baby was sleeping on a mat on the floor so one of Darren’s first priorities was to organise a safe place for the baby to sleep.

Darren contacted Stripey Stork and we were able to quickly help.

In May, we were fortunate to receive a donation from the Rotary Club of Croydon Whitgift.

The club asked our Community Ambassador to dial into their virtual meeting and update them about how Stripey Stork was continuing to help the community during the pandemic.  They heard how we were experiencing an unprecedented increase in referrals as a result of Covid-19 and how, with lockdown restrictions in place, we were unable to accept donations of pre-loved items from the public.  One of the items we were running particularly low on was cots.   Cots are an expensive item for those who are already struggling to make ends meet and as such are one of the items regularly requested so their dwindling numbers were a concern for the team.

The club kindly donated £500 and successfully applied for match funding from Rotary District’s Covid-19 Fund, bringing the total donation to £1,000.  This donation funded the purchase of 12 infant sleep packages comprising of a cot, two sheets and a blanket, giving 12 babies a safe place to sleep during lockdown.

Within a week of the delivery, five infant sleep packages had been given to families in need via our referral partners.  The Mum mentioned above received one, and we were also able to include some clothes for the baby and other essential items too.  Darren commented on how easy the whole process was – he contacted us and was able to collect the items the following day.  He told us how grateful Mum was, and  how this kindness will go some way to restoring her faith in humanity as she begins to build a new life for her and her baby.

We’d like to thank the Rotary Club of Croydon Whitgift and the District for enabling us to help families like this at this difficult time.