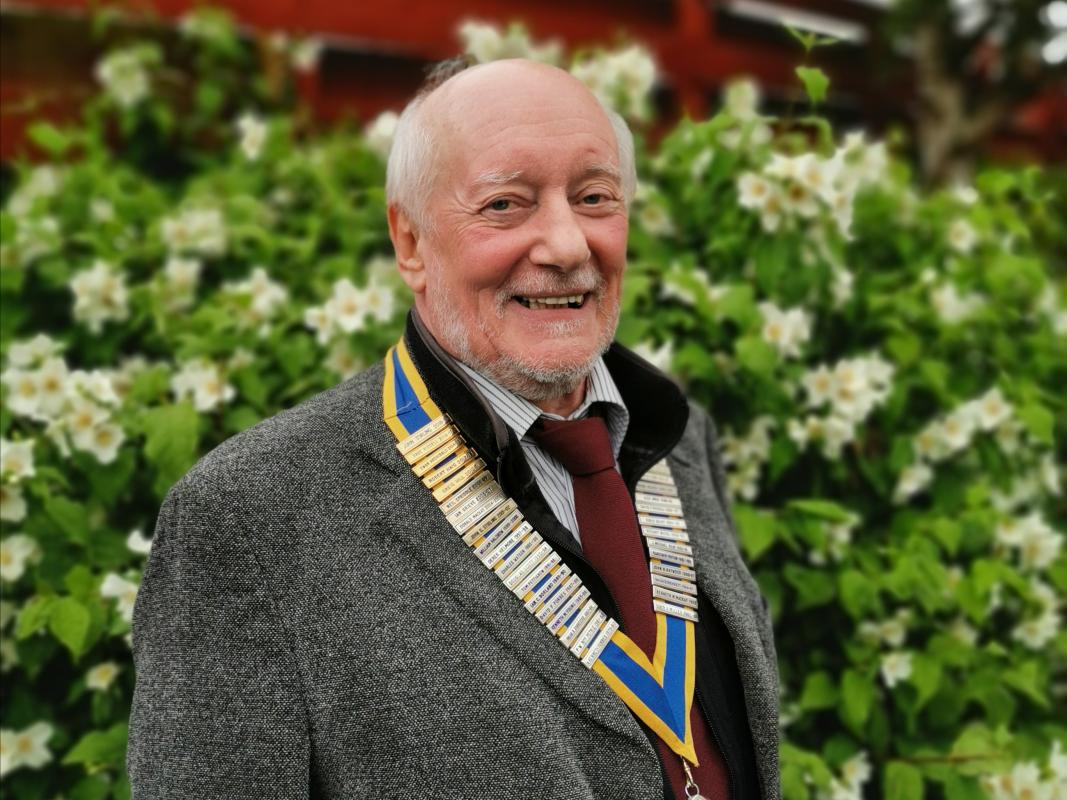 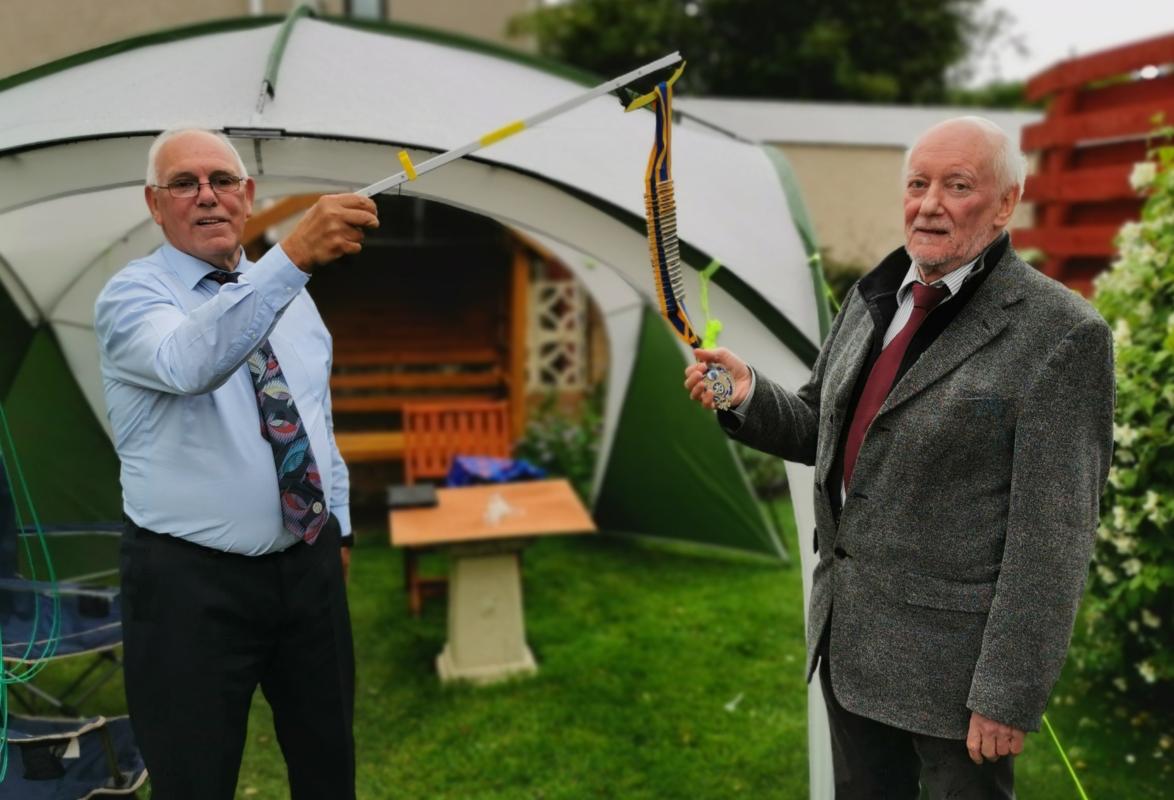 The Rotary Club of West Fife met on Zoom including incoming President Roger Hall watching in the garden of outgoing President Brian Mitchell.

The official handover of the sanitized President's chain of office was a strange physically distance event at the end of the meeting.

Roger Hall (74)  moved to Dunfermline in 2006 having spent most of his early life in Kettering, Northamptonshire.  He attended the town's Grammar School, before graduating to Leicester College of Art and Design (now de Montford University) to study Architecture.

He qualified from there in 1971, going on to work for a number of private Architectural practices in the London area. A nine year spell with London Transport's Architects' Department from 1978, involved in the refurbishment of a number of central London Underground stations, was followed by setting up his own practice with an Architect friend. "

He continued to work within the transport sector, as well as on more diverse projects. The practice was amicably dissolved in 2006, after which Roger became a sole practitioner, prior to semi retirement in 2017. His last three years were spent doing consultancy work for Transport for London.

When Roger moved to Dunfermline he maintained a presence in St Albans commuting to the town where he had lived since 1981.  Two years later the Luton born architect married a young lady from Glenrothes, hence the Scottish connection. They have two daughters, both now in their 20s. He joined the Rotary Club of West Fife around five years after the family moved to Scotland, where he now lives full time.