This page lists our Press Releases in descending date order.

The Henley Rotary Clubs broke their lock down embargo with their annual Putting Competition at Badgemore Park Golf Club with the necessary Risk Assessment, social distancing and hand sanitisation.   The Putting Competition between the Rotary club of Henley Bridge  and the Rotary Club of Henley took place on a lovely summer evening on 26 August.  There were  3 parts to the competition:  Target Putting up and down hill and crazy golf with bunkers, trees and water.

The Golf Professionals at Badgemore Park Golf Club  kindly arranged the event, ensuring that staff  were on hand to coach the teams through the secrets of good golf!  Martin Woodbridge: Head Professional & Qualified PGA Coach and Jamie Palmer: Assistant Professional and Junior Organiser certainly had their work cut out to keep everyone on the green.

The Henley Rotary Clubs are now working towards their next sporting event the Ice House Hill Challenge a 5.4k distance, which takes place between 1 September and 11 October. Ice House Lane is the biggest challenge to those who usually take part in the Henley Half Marathon. which has had to be cancelled due to the Corona Virus. The Ice House Hill Challenge can be run at anytime between 1 September and 11 October. To obtain information and enter  the Challenge just enter icehousehillchallenge into your search engine and it will take you straight to the site. The names of those with the best times will be published in the Henley Standard. 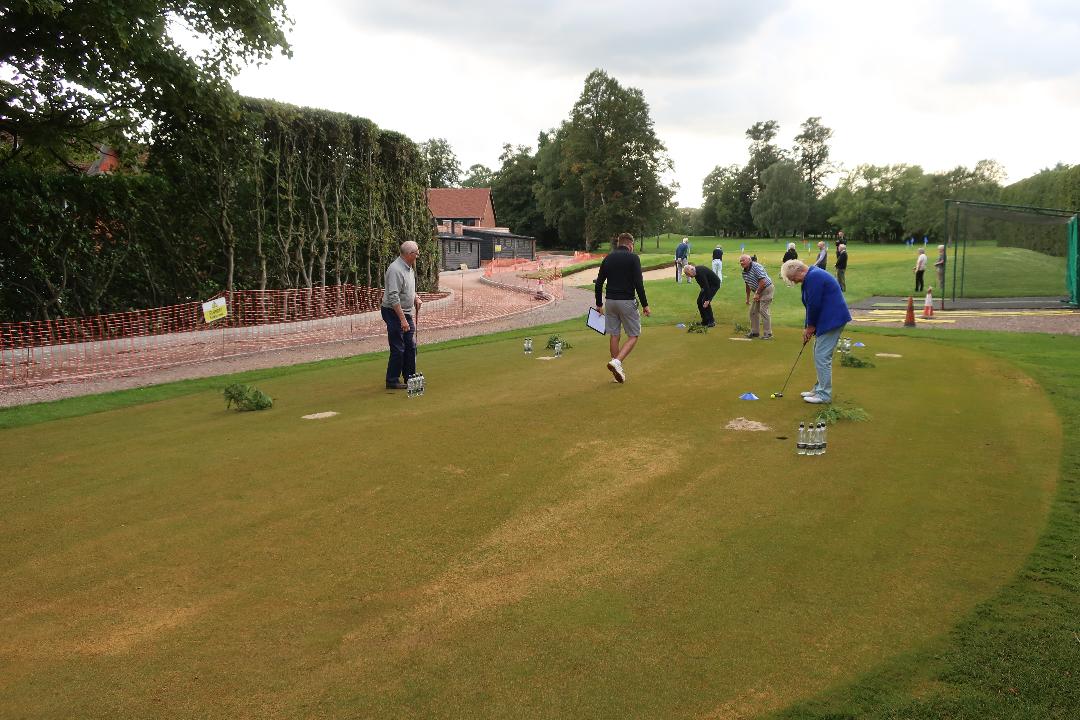 Press Release:  Henley Bridge Rotary Club welcomes Sue Prior from NOMAD to talk about the work of the Foodbank

Sue told the Club that between March to June 2020, NOMAD Foodbank has made deliveries to 125 households containing between 1 and 8 people, this equated to 674 parcels or 1570 bags of food. In the comparable period last year the Foodbank delivered 85 parcels, a substantial increase. There have been monetary donations during this period which has allowed food vouchers to be distributed to needy families. Food vouchers can be a very important addition to a households income, allowing them to buy fresh fruit and vegetables and giving access to specialist foods which some households require for a special diet.

Sue said that delivering food parcels allowed NOMAD to keep in touch with people even if only a doorstep conversation. This is Important because for some people the Foodbank delivery was their only face to face contact during lock down. As everyone is aware loneliness and the lack of contact with others can have a very serious effect on mental health and well being. At the beginning of lock down there was a marked increase in the number of single older people who contacted the Foodbank because they were suddenly unable to go out and had no one close to help with shopping.

The local community has been very generous during this difficult time. On occasions there has been a glut of staple food products, for example, cornflakes and porridge. These goods were put together with chocolate or other ingredients which had been sent out with recipes, which led to a boost in family cooking and lots of photo’s have been posted to the NOMAD site of these delicious cakes. At Easter a lot of Easter Eggs were donated which made a difference to the younger recipients, but also to an older man who said it was the first time in 10 years he had received an egg!

Sue made two final comments; NOMAD is alive and well and has worked extremely hard over the lockdown period and have felt extremely privileged to serve the local community, particularly through the Foodbank. And finally thanks to the Pirate Pizza boat for providing 24 pizza’s each week for people using the Foodbank.

The Rotary Club of Henley Bridge celebrated its Handover meeting on Wednesday, 17 June with a Zoom Cocktail Party. The Current President, Malcolm Leonard handed over to the incoming President, Annie Lathaen. The Cocktail Party was a lively affair with an almost incredible sleight of hand, when Malcolm handed over the chain of office to Annie.  A short resume of the highlights of Malcolm’s Presidency took place.

Elected in July 2019 one of Malcolm’s first duties was to take part in a competition bowls match with the other Henley Club, at the Henley Bowls Club on Mill Meadows.  The Henley Club won but it was a close thing! This was followed in August with a Putting Competition held at Badgemore Golf Club, when it was the turn of the Rotary Club of Henley Bridge to win.

The Half Marathon and 10k races were held on 13 October when the races were jointly managed by both Henley Rotary Clubs. The weather was awful, it rained overnight and during the race making it the wettest weather the races have ever been run in.  However, the day was a great success making enough surplus to buy a motor bike for  a charity which provides a life saving service by delivering blood supplies, milk for premature babies and any patient related item required between hospitals. The Charity known as Blood Bikes has recently won The Queen's Award for Voluntary Service which is the highest award given to local volunteer groups across the UK, to recognise outstanding work done in their communities.

In December the Club held its annual Carol’s Night with the Henley Carol singers giving a rousing performance of carol’s old and new.  The Henley Carol Singers chosen charity was See Saw, who provide grief support for children and young people in Oxfordshire. We presented a cheque to Tony Hobbs for The RNLI for £1,000.00, this donation also came from the surpluses of the Half Marathon and 10k.

We had several very interesting and diverse speakers throughout the year including; Phil Stride the Strategic Director of Thames Tideway, a  little known billion pound project which will end in a 25km tunnel under the tidal Thames, which will collect rainwater and sewage saving it from being pumped into the Thames. Mike Baker gave an interesting insight into Cyber Crime,  John Dunsterville talked about and played rock and roll music and Malcolm Nelson described some of the strange and interesting things seen in the life of a front line Custom’s Officer.

It was the the Rotary Club of Henley Bridge which hosted the Founder’s Night celebrations commemorating the start of the Rotary movement in 1905 . The formal dinner was held at Badgemore Golf Club with guest speaker Michael Kimber, a former Master of The Worshipful Company of Coachmakers. The Company who now support the automative and aerospace industries award apprenticeships and offer support to a range of interesting engineering projects.

Unfortunately, Malcolm’s year was interrupted by the corona virus, however, this has led to a rethinking of how meetings are held and offered more opportunities for giving. The Rotary Club of Henley Bridge now hold their meetings on Zoom and have perfected the art of listening and not interrupting  speakers. The Club has now donated part of its monthly dinner money to the local food bank run by NOMAD Youth and Community Project. The Club have donated £1540.00 plus £308.00 gift aid, making a total of £1,848.00.

The final act of Malcolm’s Presidency was hosting the Handover meeting. The Rotary Club of Henley Bridge member’s were delighted to welcome Judith Diment, MBE to speak at their Handover Cocktail meeting. Judith is the UK national advocacy advisor for Rotary International’s Polio Committee. Judith talked about the affect the Corona Virus is having on the Polio eradication programme. With social distancing it is impossible to keep the immunisation programme going as the immunisation process requires personal contact, however, the minute that the ban on personal contact is lifted, Rotary teams will be ready to renew the immunisation programme. The Club was delighted to learn that Nigeria has been certified Polio free and with that, the whole of the African continent. Peter Wilkinson, Chair of the International Committee thanked Judith for her short, but very interesting talk.

Annie Lathaen then took up the chain of office and thanked the Club for electing her President for the year 2020/21. Annie said that she thought her year would be a challenge from the beginning given the Corona Virus, but she was looking forward to supporting the Club with all of their endeavours.

If anyone would like to come to any of the Club’s zoom talks, please feel welcome to contact Annie on 0776 9687326. The first speaker meeting of the new year will be Sue Prior talking about the work of the Foodbank on Wednesday, 22 July - 7.30pm.

This page lists our Press Releases in descending date order.

What we do internationally...

We support international projects including the 'Eradication of Polio' workdwide - a Rotary International initiative part funded by the Bill & Melinda Gates Foundation.

Our Club.... come along and see 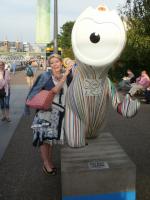 We meet each week for fun and fellowship. We organise the Henley Half Marathon and 10K and each year and we support local, national and international charities. The Rotary motto is "Service Above Self".