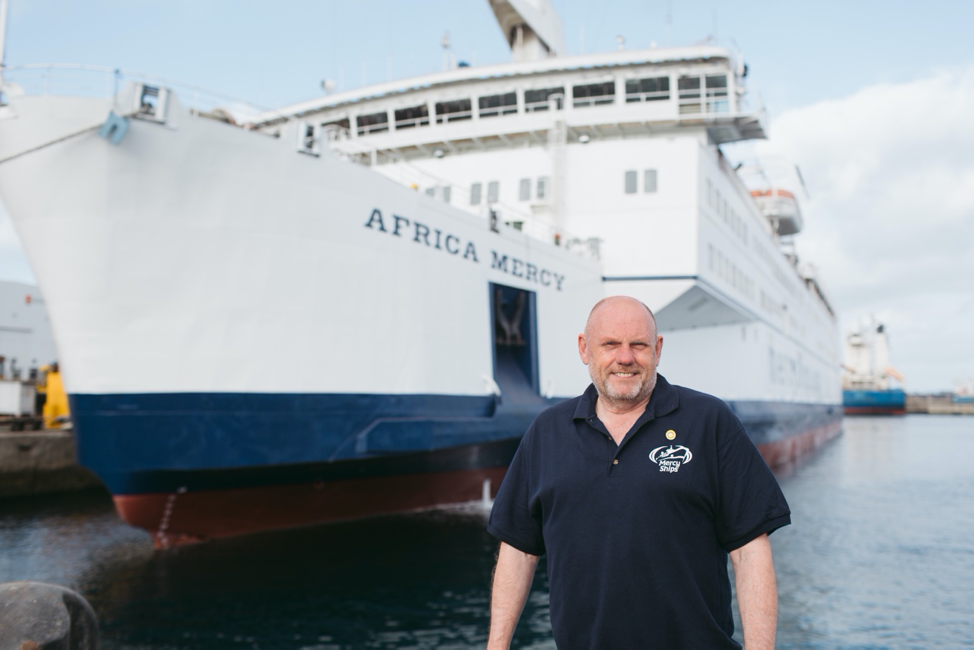 Having Been a member of The Danetre Daventry Rotary club in Northamptonshire Peter recently moved to Yorkshire and is a current member of the Rotary club of Weighton Wold in Market Weighton in the East Ridings of Yorkshire.

Peter has been involved with Mercy Ships since 2011 when he was inspired by a talk at his Rotary club. He was so motivated by the talk that he encouraged his wife Lorraine to volunteer as a nurse. Lorraine has served three times on the Africa Mercy and hopes to serve again next year, Peter has also visited the ship which has increased his passion to spread the Mercy Ships story and encourage people to get involved and transform lives in West Africa.

Both Peter and Lorraine are Paul Harris Fellows, Lorraine getting recognised for her service with Mercy Ships and Peter for service to fundraising and the work he has done for Mercy Ships.