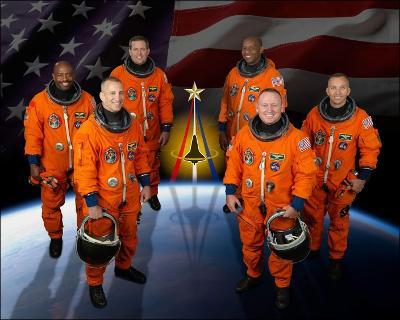 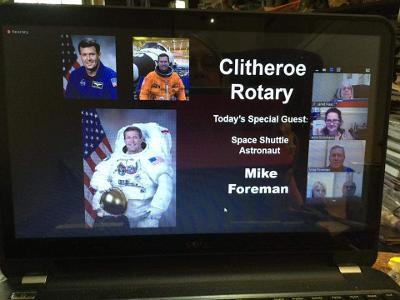 This week's Zoom meeting was "out of this world" as President Jenni introduced guest speaker NASA Astronaut and member of Friendswood Rotary Club, Houston, Texas USA Mike Foreman. Mike told us about his background as a test pilot, which included flying out of Boscombe Down in Hampshire, England. He then made 8 attempts to join NASA's elite band of Astronaunts before being accepted. Mike made 2 flights on the Space Shuttle to the International Space Station.
He, like several Clitheroe Rotarians, has been Mayor of his local town.

Mike Foreman - friends, guests and visitors from 14 clubs in 4 countries joined the meeting with over 75 attendees altogther - an amazing evening!