It is with great sadness that we mark the passing of our member Mike Lakey a fitting service was held at All Saints Brixham and a wake was held with RAF helicopter flypast at Berry Head on Friday 17th July. 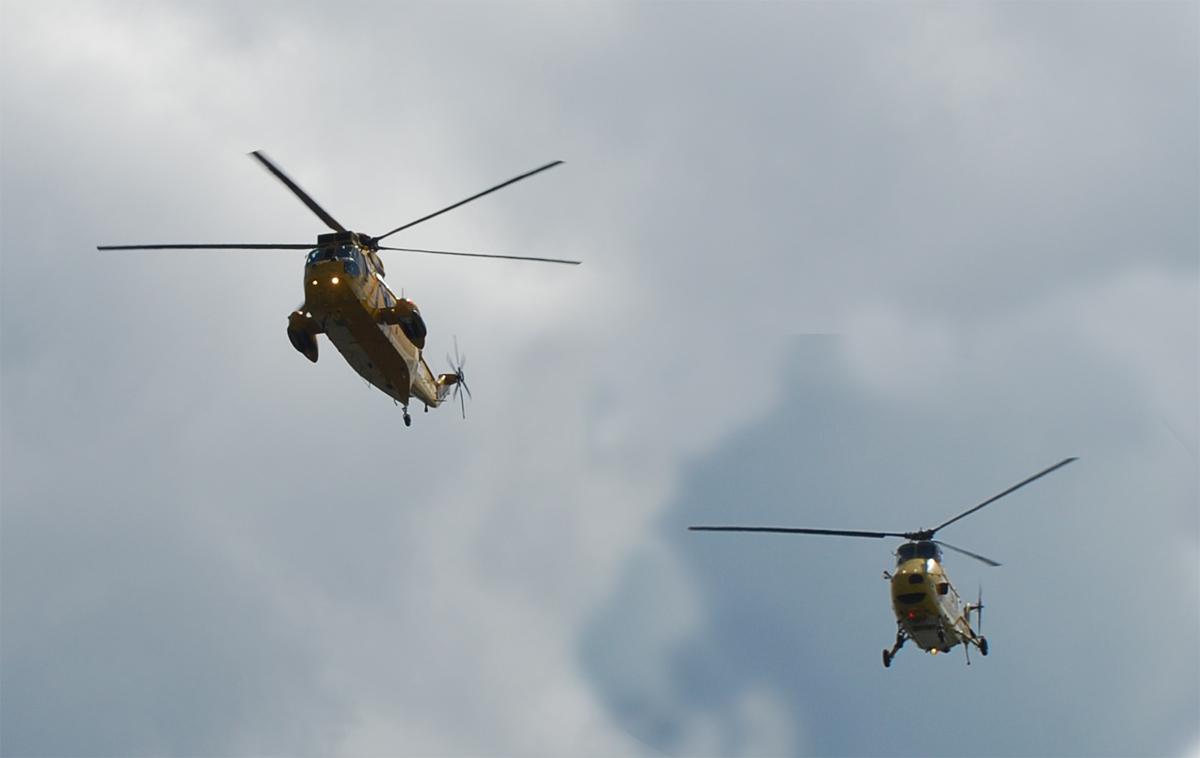 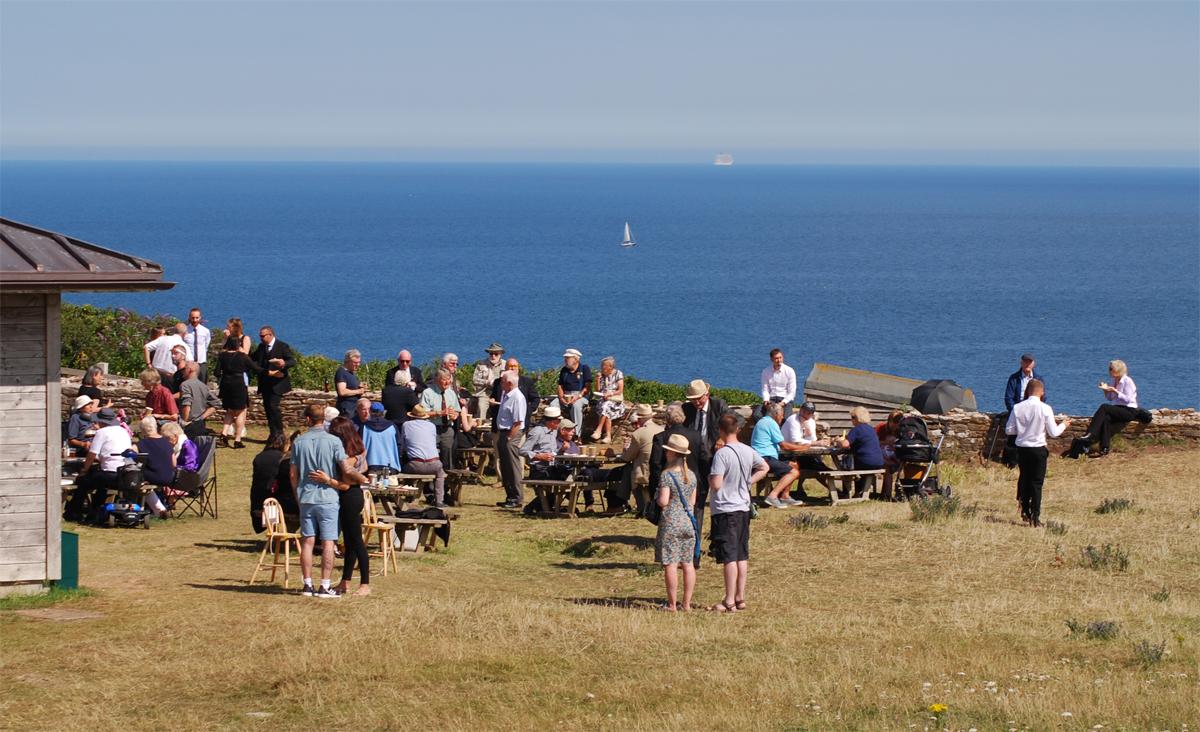 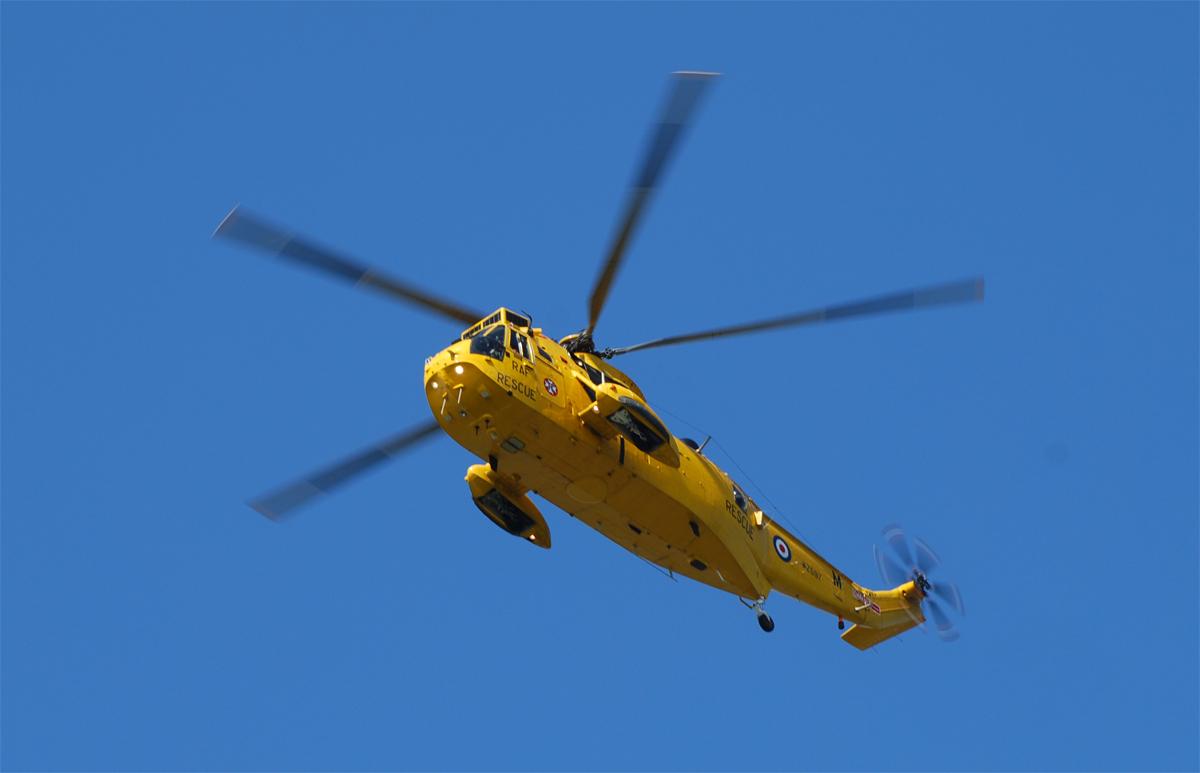 It is with great sadness that we mark the passing of our member Mike Lakey a fitting service was held at All Saints Brixham broadcast via ZOOM video conference to which 30 online subscribers took a part.

A wake celebration of Mike's life, heroic acts and adventures was held at Berry Head Guardhouse cafe on Friday 17th July to which 15 Rotarians attended.

The event was completed by an RAF helicopter flypast of search and rescue aircraft Mike had flown during his career.

Mike took a part in many rescue missions, the most noteworthy of which was the rescue of 24 men women and children from the Swedish Chemical cargo carrier Finneagle which was exploding, burning and sinking in Gale force winds and high winter seas off the hebrides in October 1980.

All 5 were awarded the Silver Medal of the Swedish Society for the Rescue of Shipwrecked Seamen.

The crew were the first recipients of the Edward & Maisie Lewis Award from the Shipwrecked Fishermen and Mariners Royal Benevolent Society.

Mike Lakey was awarded the International Helicopter Heroism Award from the Aviation & Spacewriters Guild of the USA, the Order of the Golden Lions of Sweden, and was also voted '1980 Scot of the Year' by Radio Scotland listeners.

Several of the awards were accompanied by generous cheques to the RAF Benevolent Fund.

The Johannson Group, owners of Finneagle, presented the crew with a replica ship's bell with an engraved plaque which reads:

"The crew members, their families and the owners of Finneagle express their gratitude for the most courageous rescue of all on board the vessel when she was burning and in a gale and had to be abandoned at 3.10 on October 2, 1980. The bravery and endurance of the crew are beyond all praise.