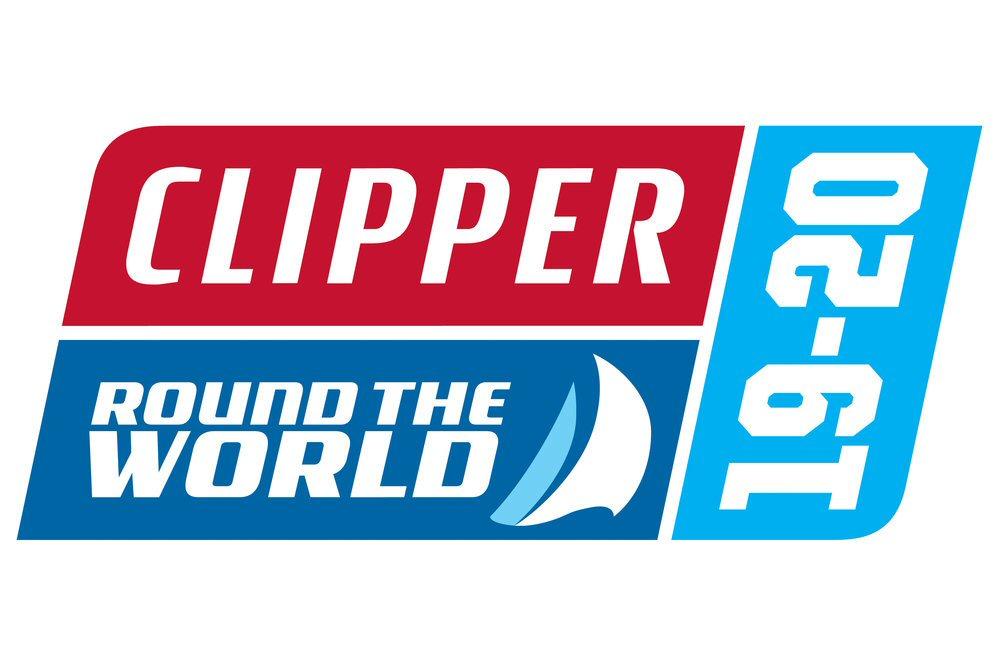 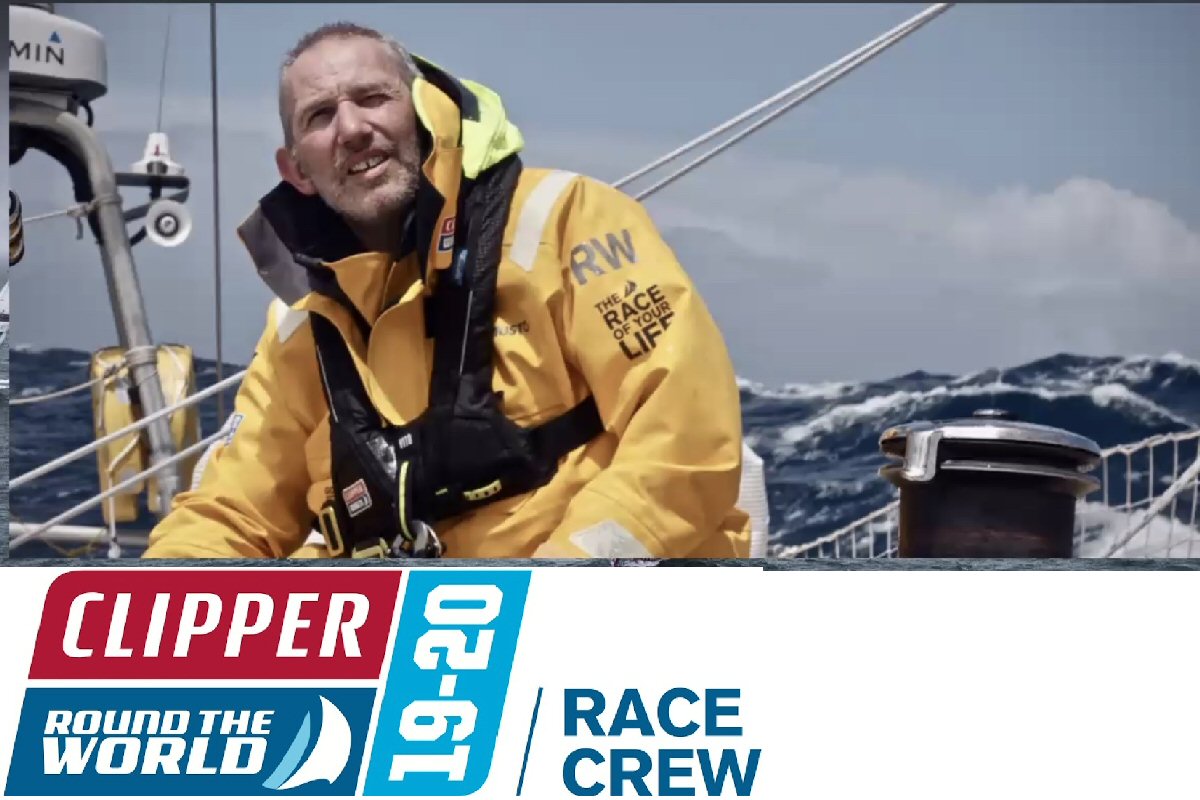 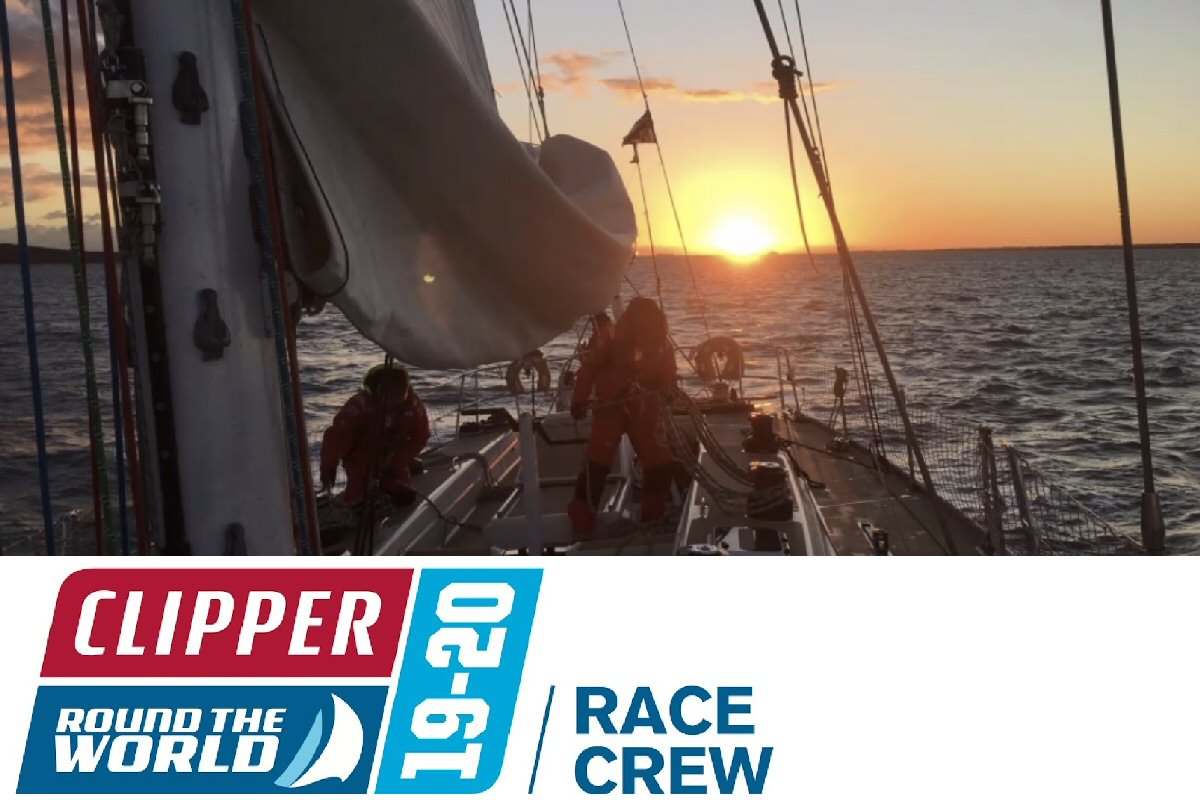 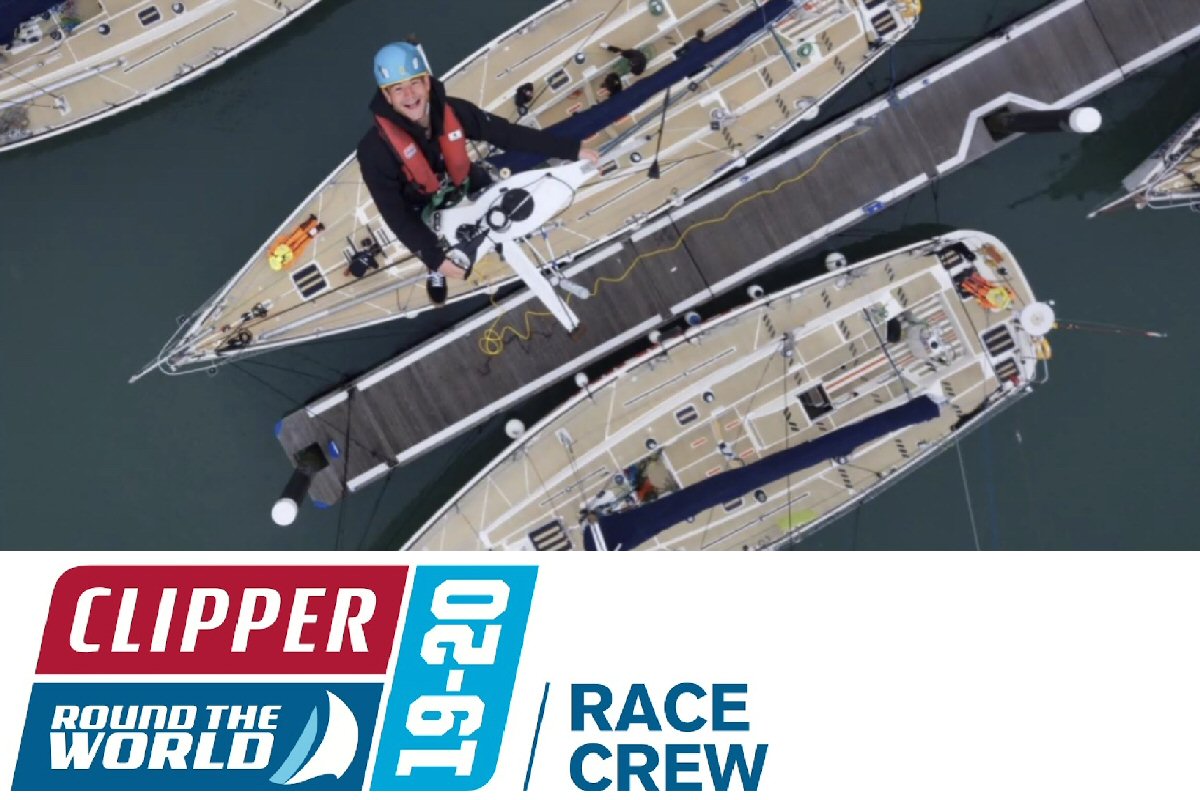 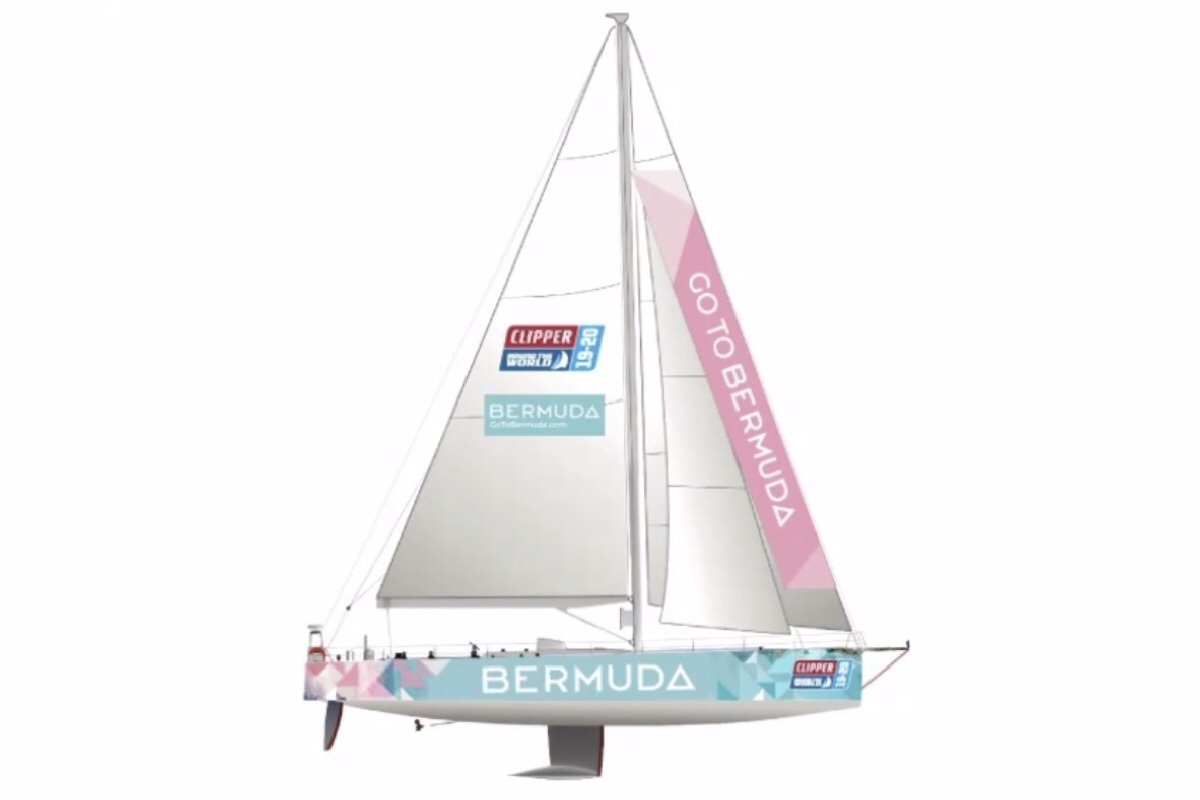 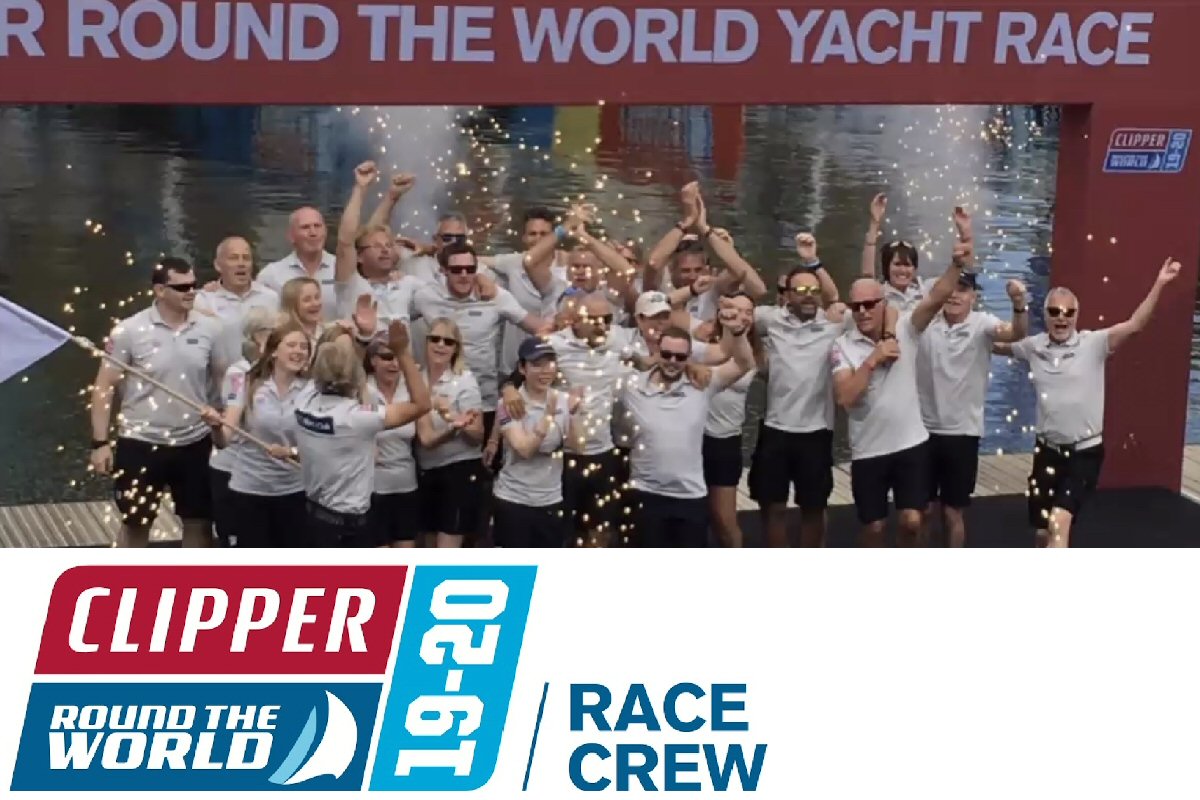 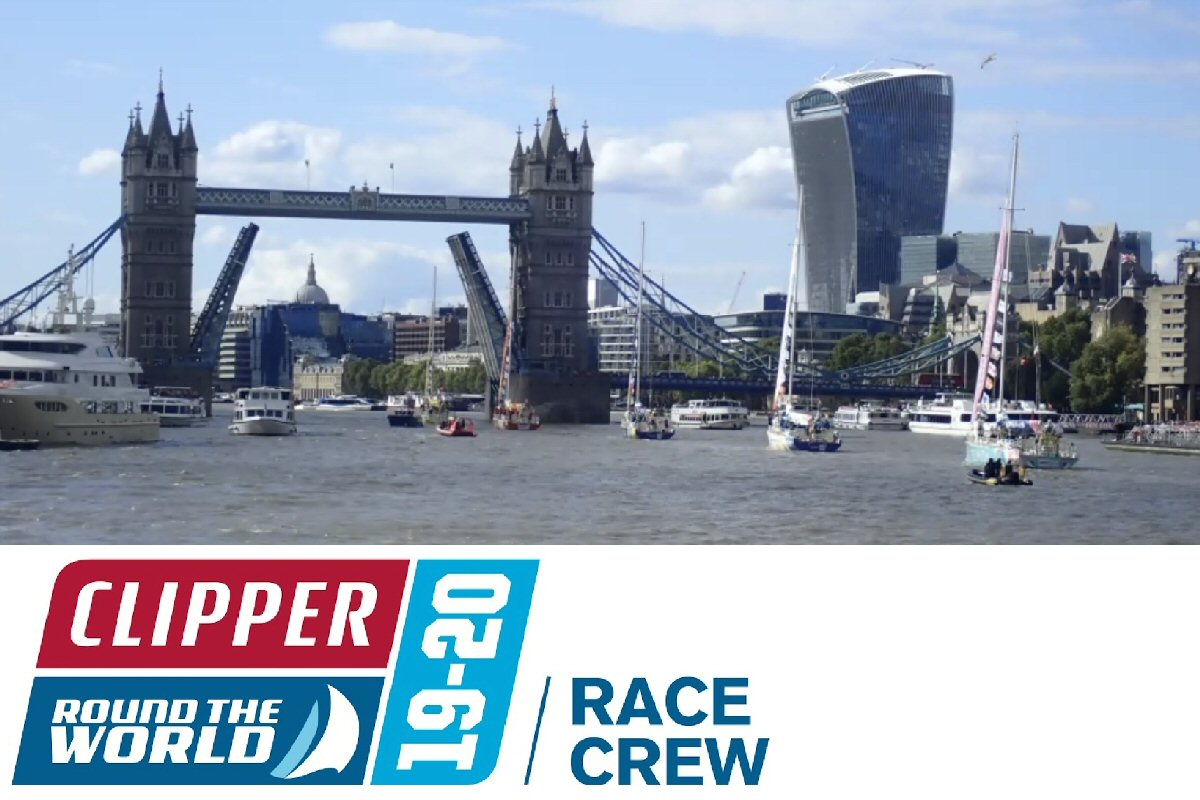 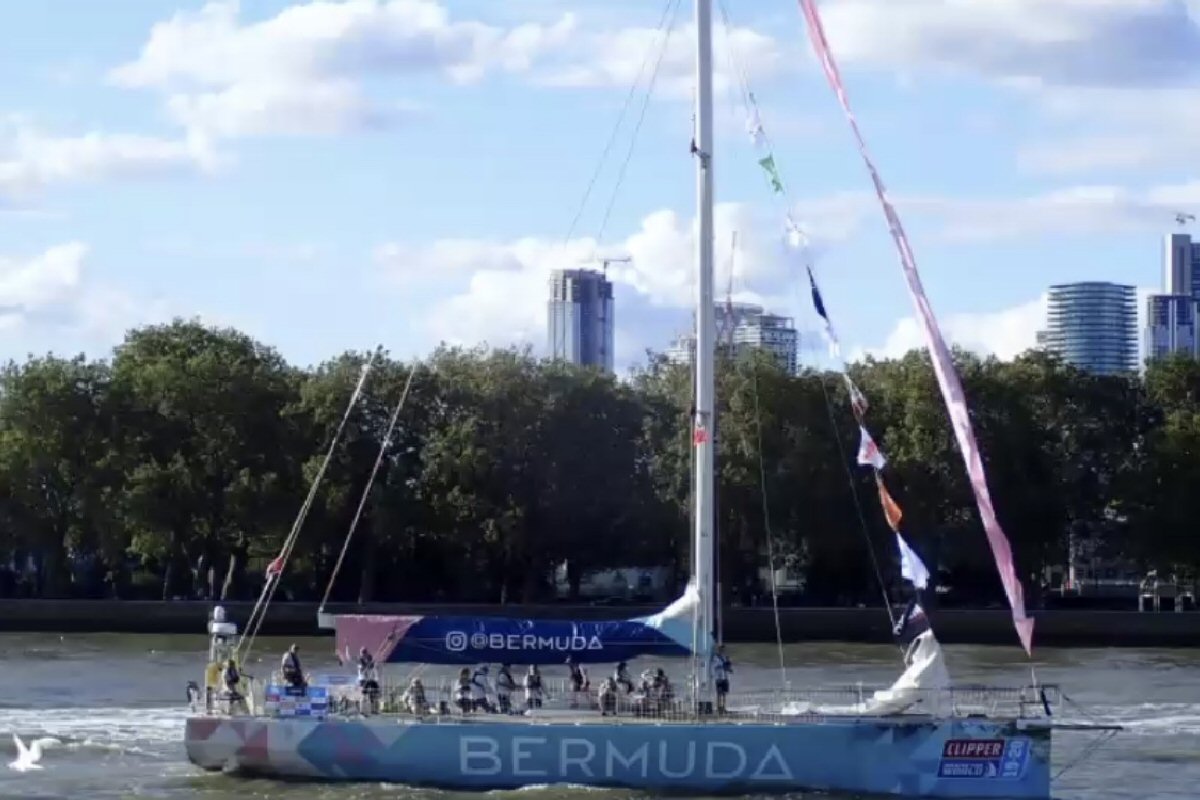 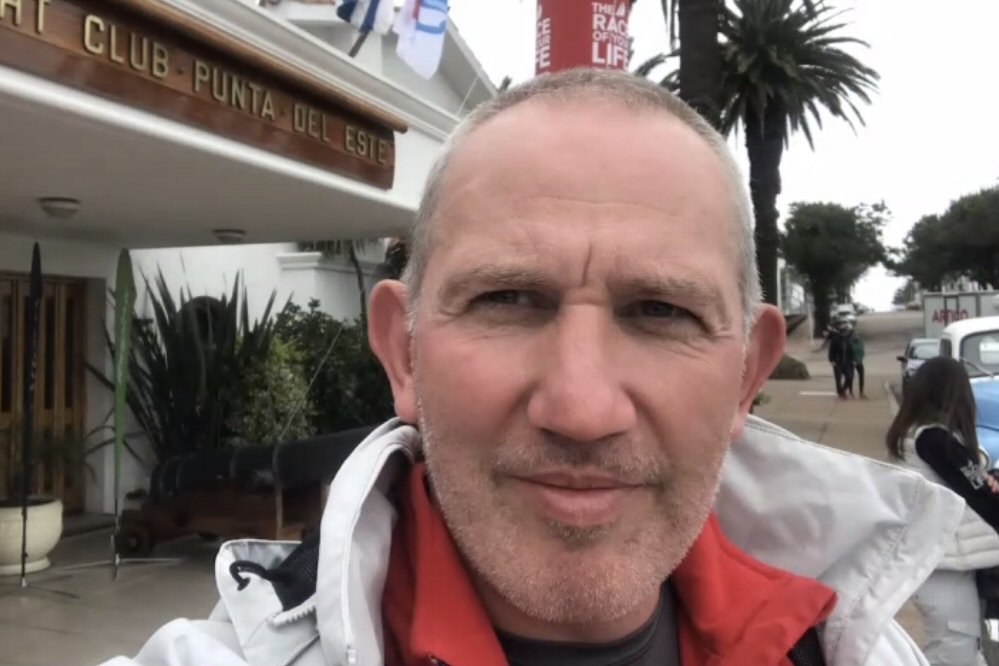 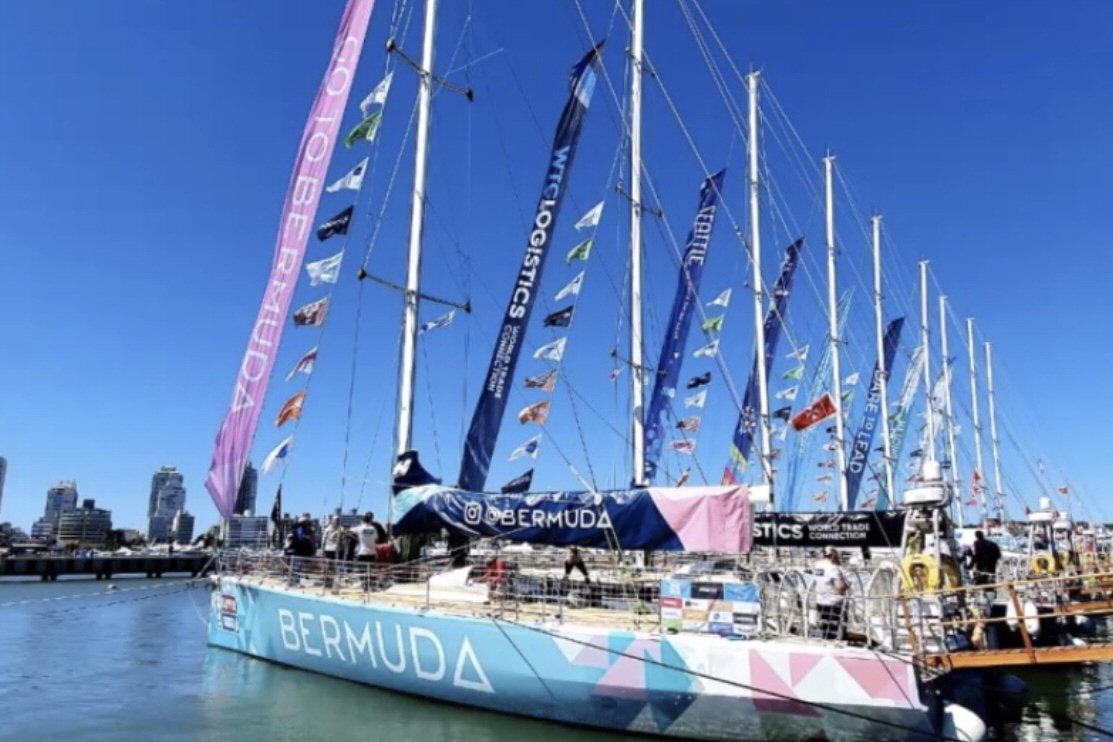 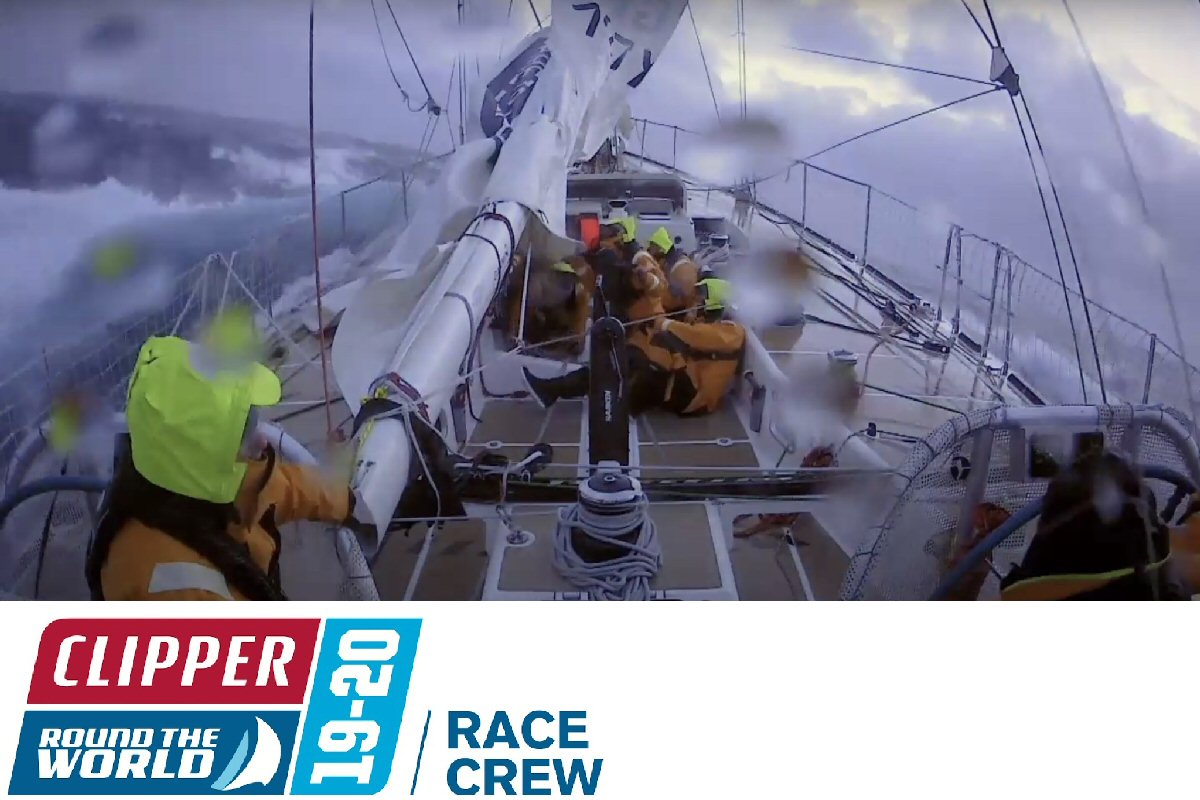 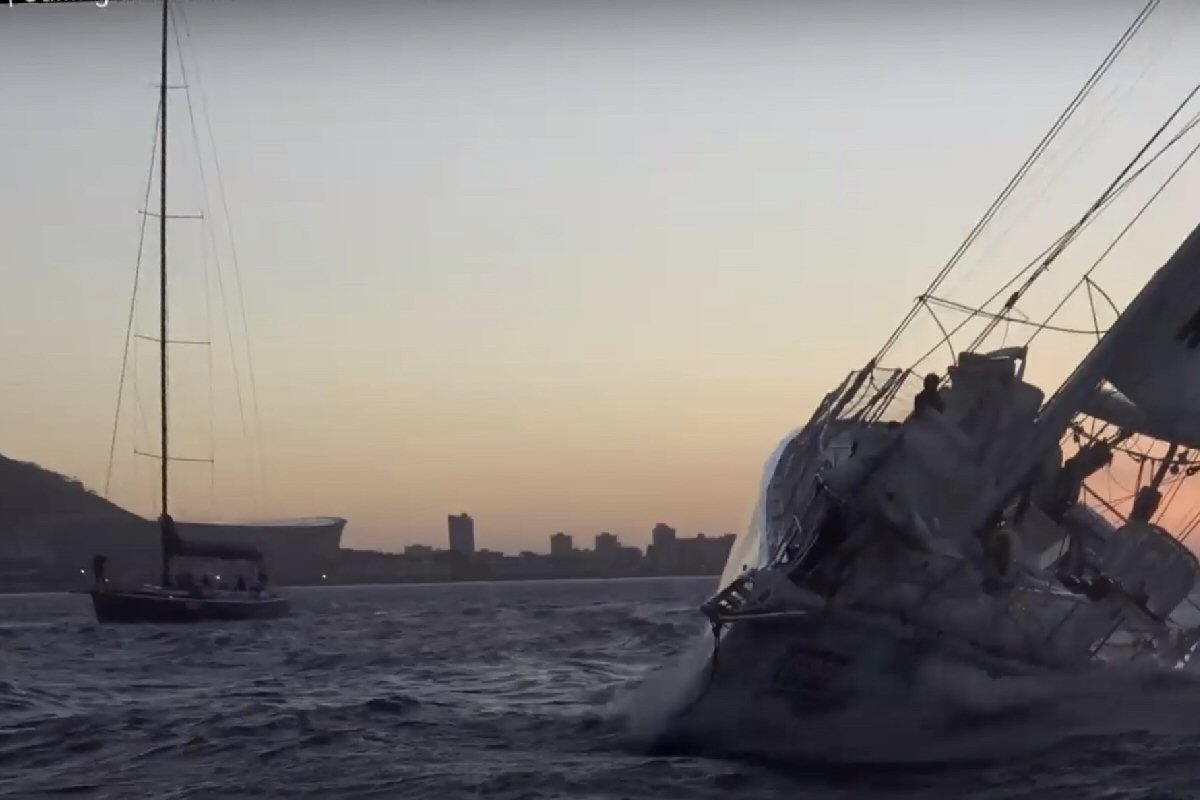 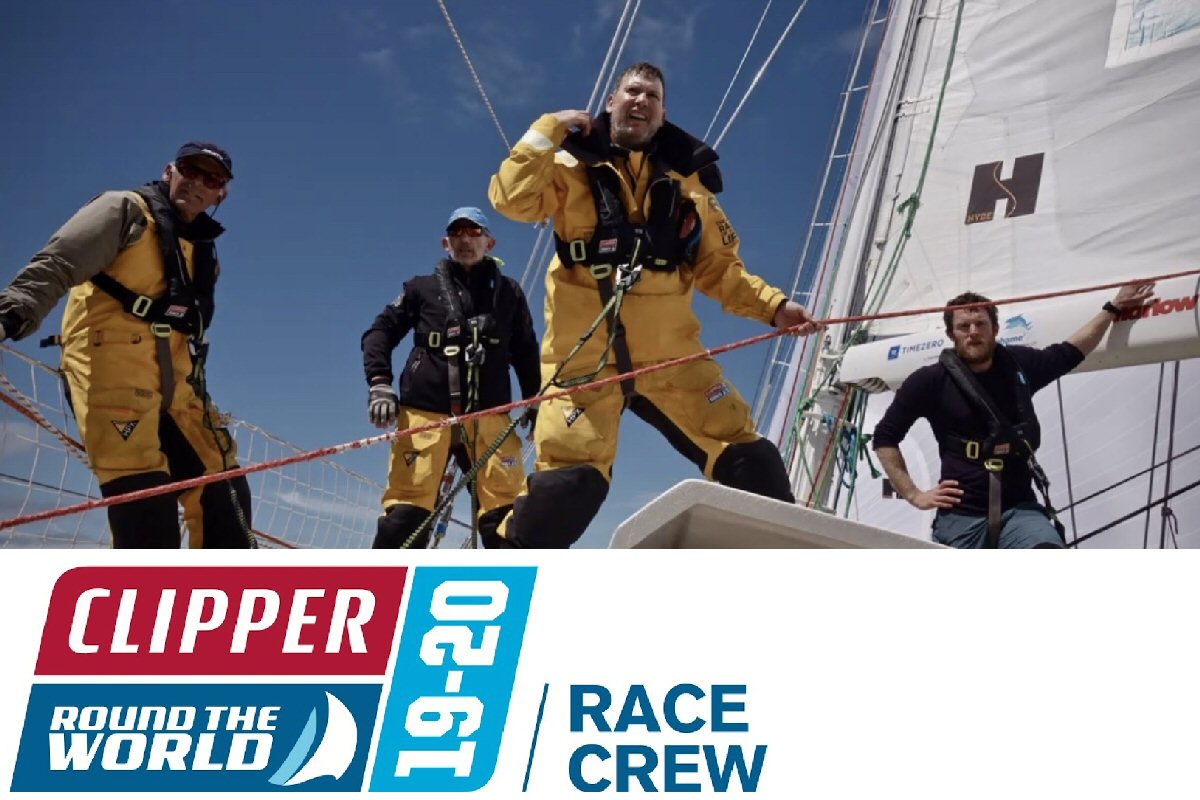 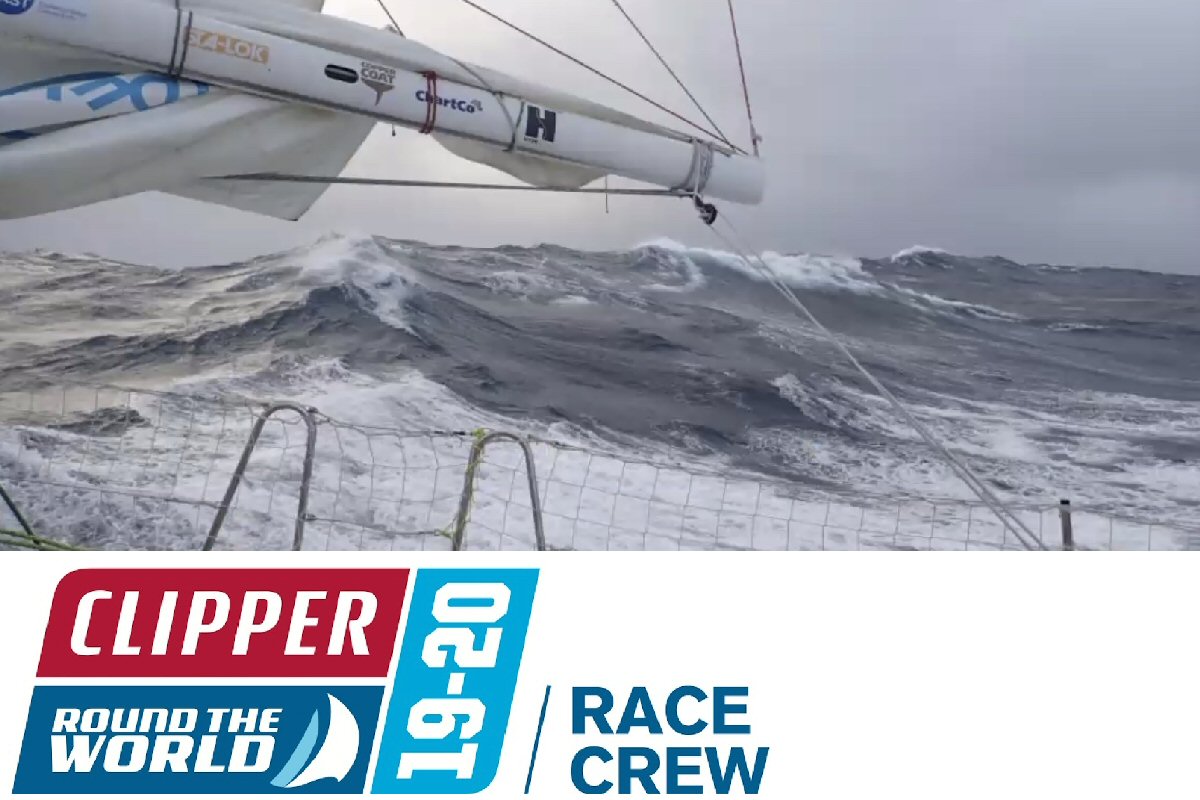 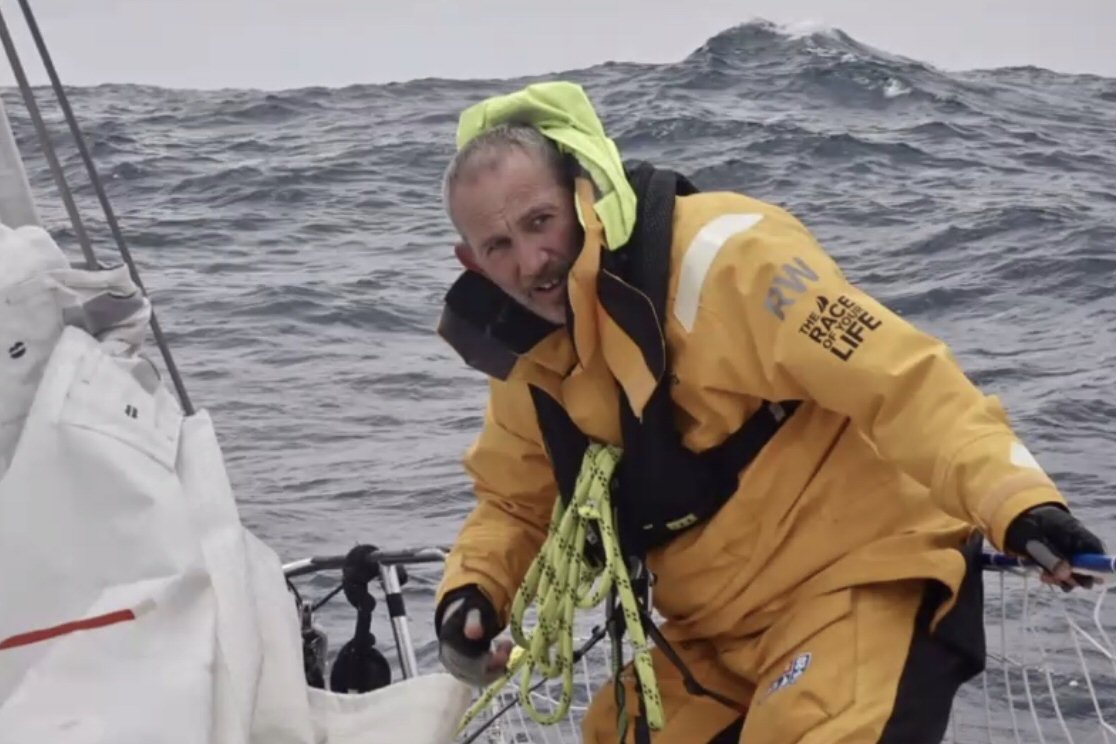 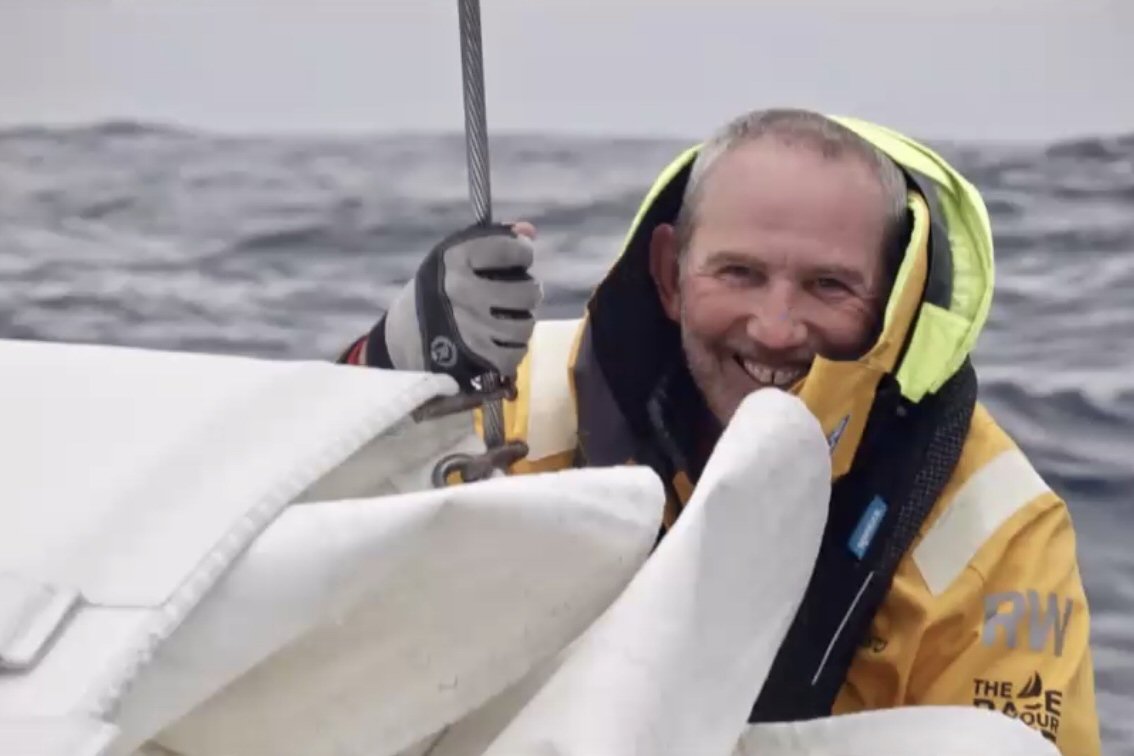 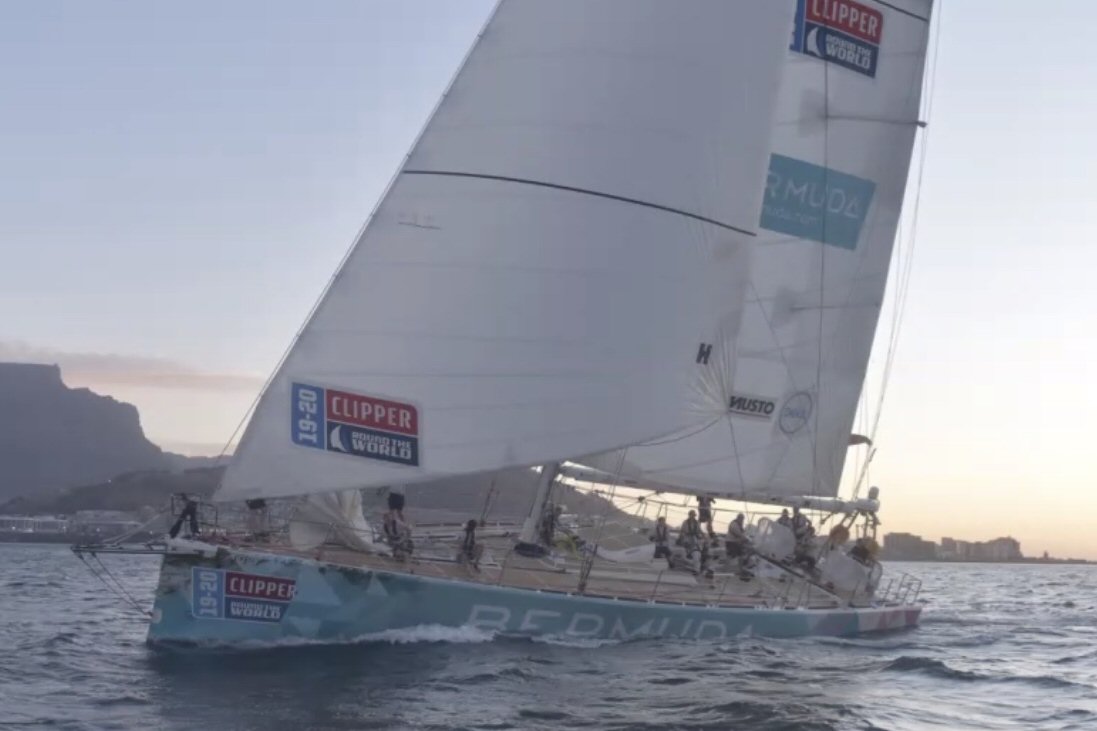 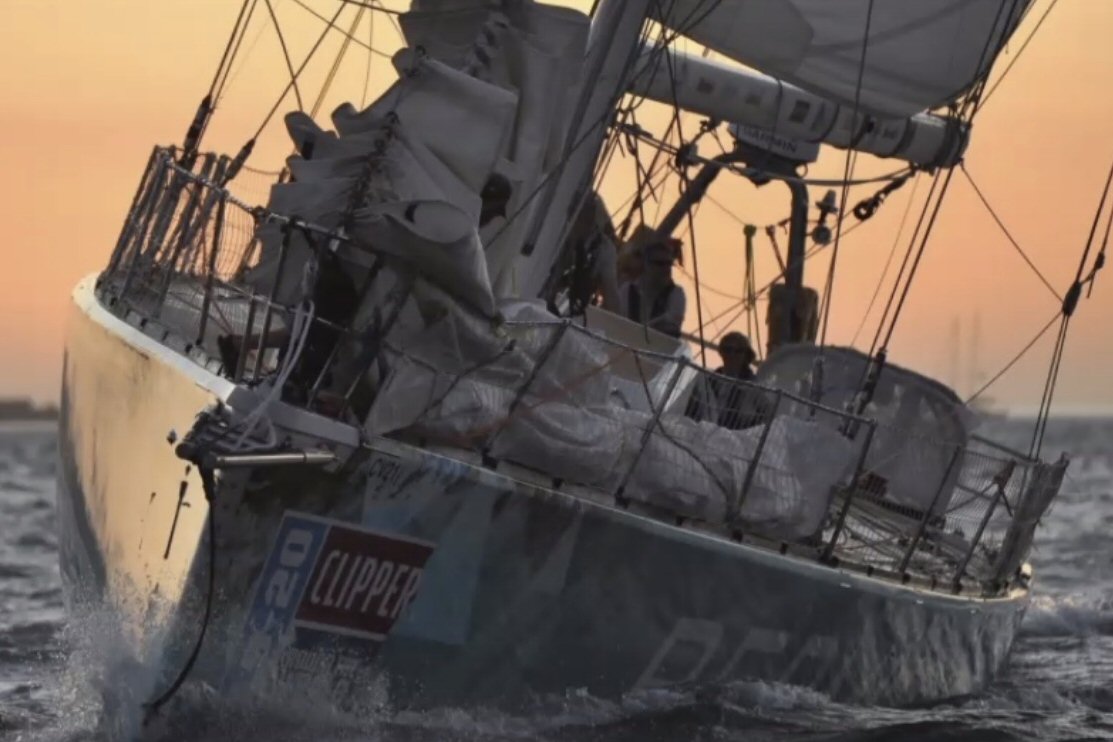 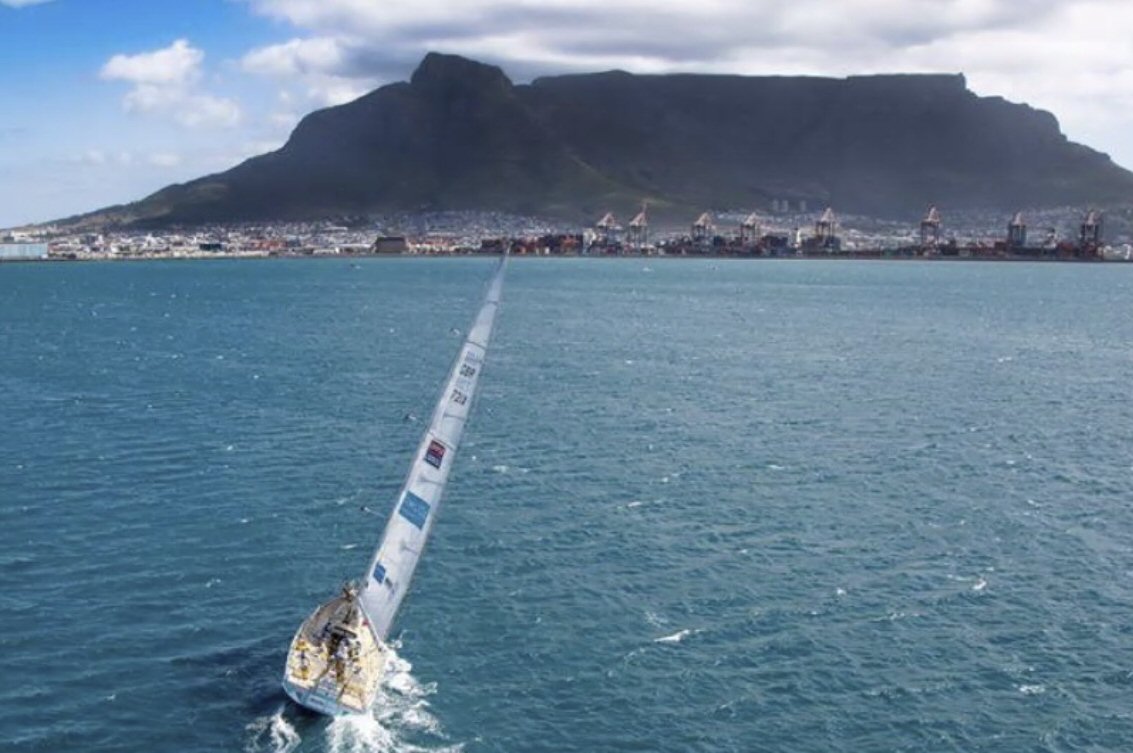 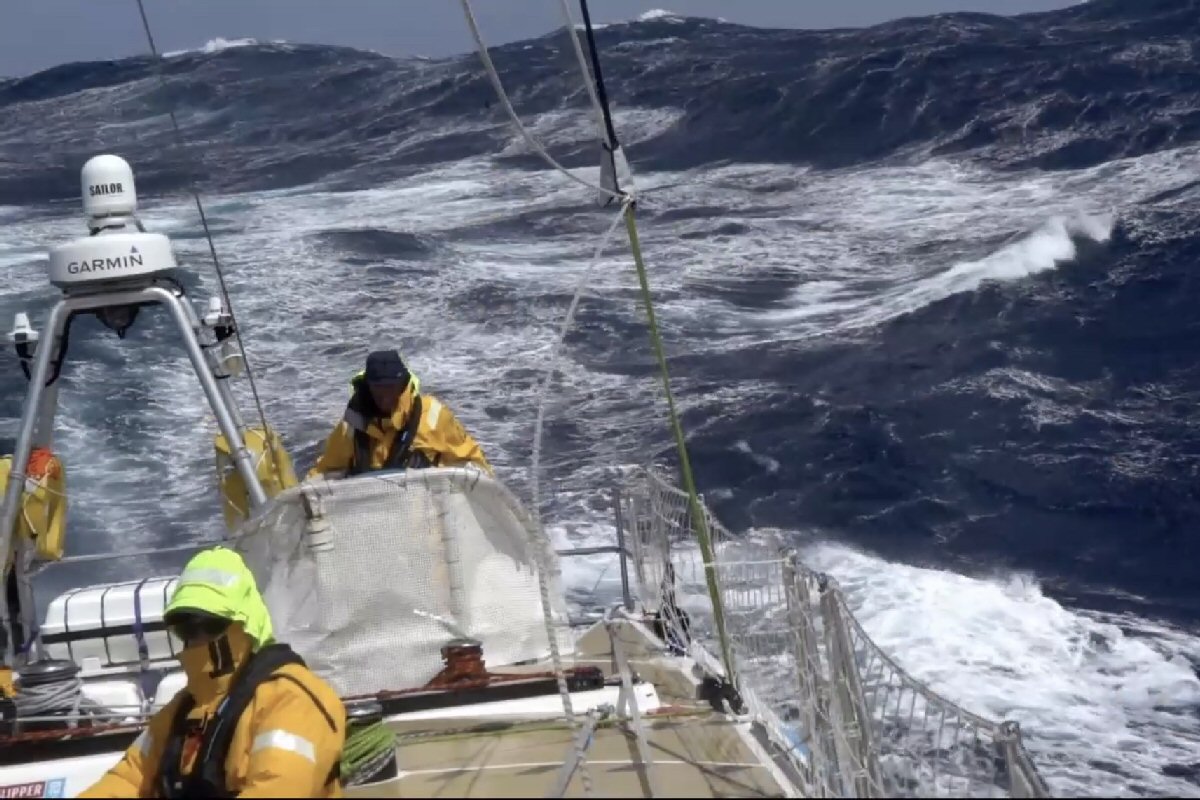 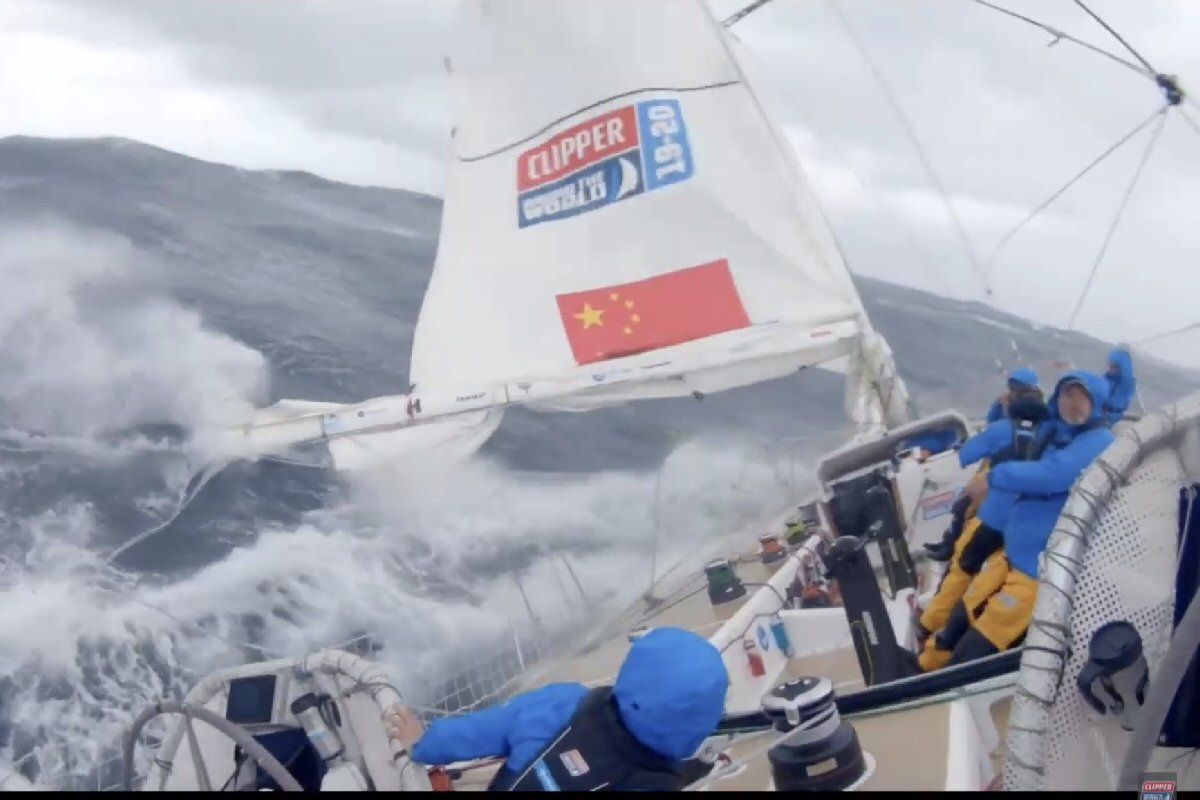 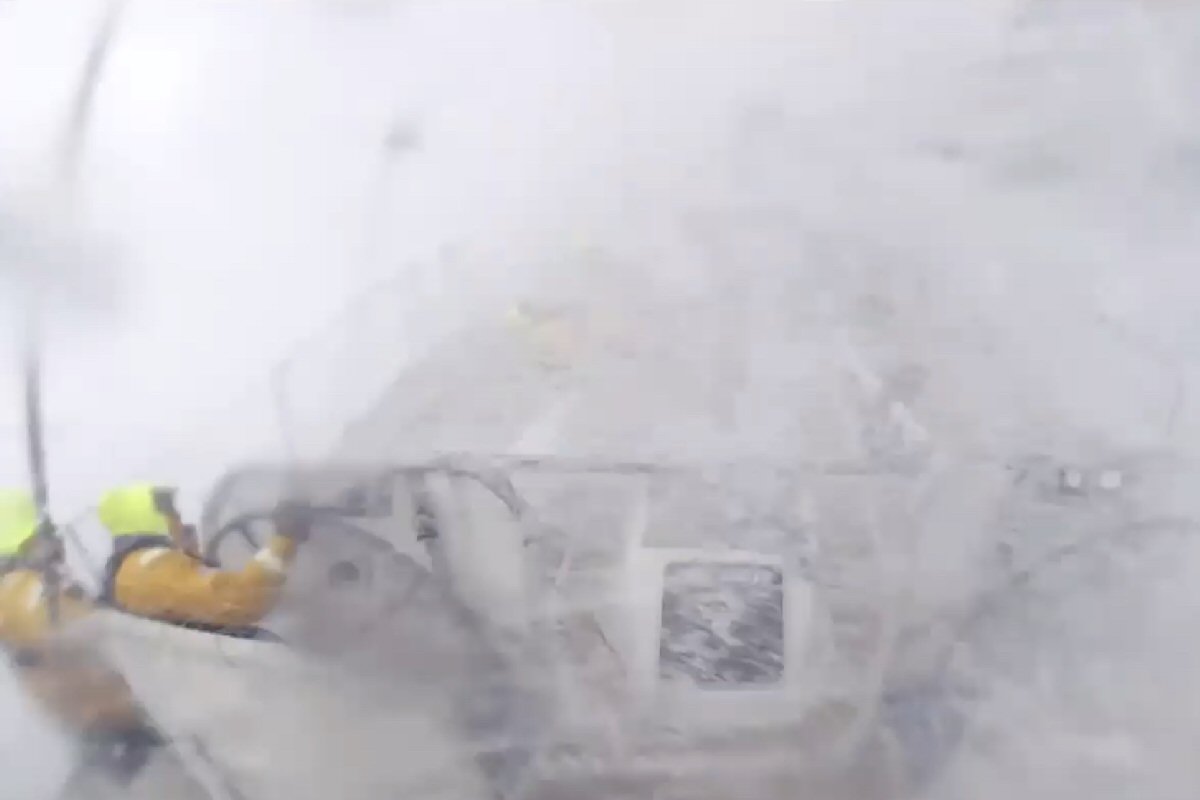 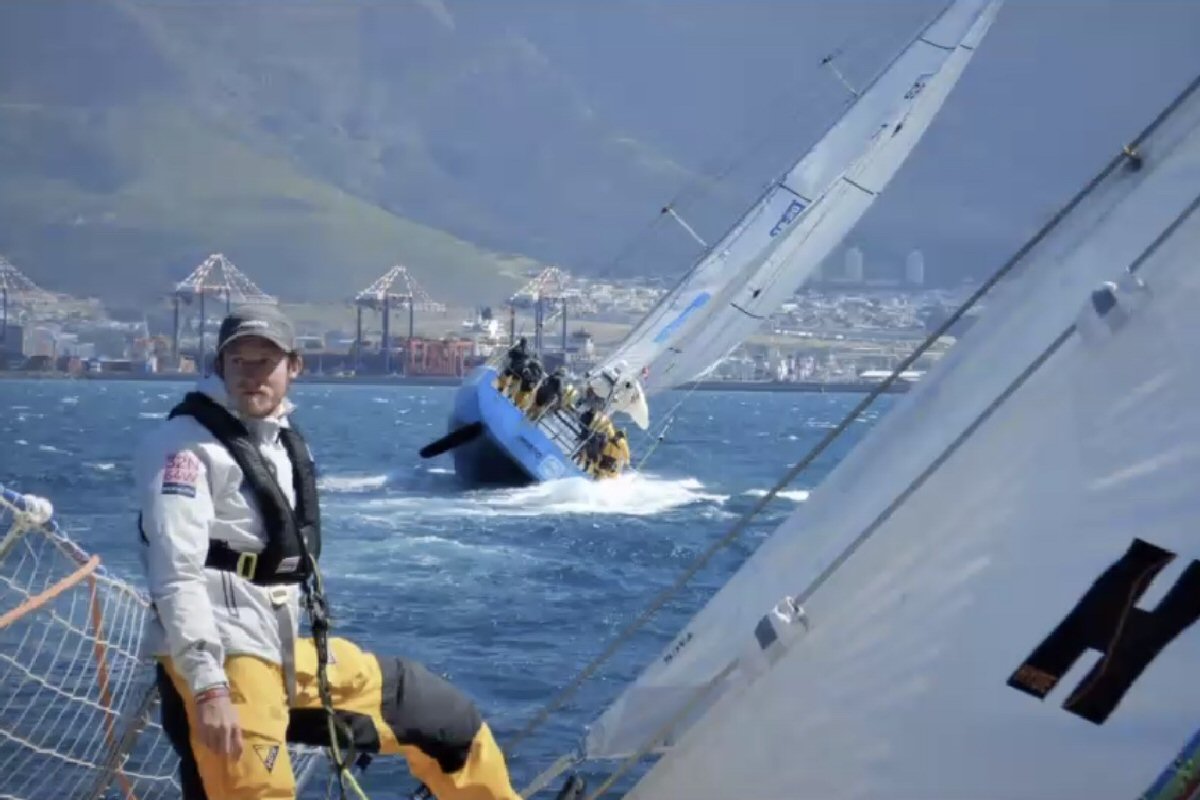 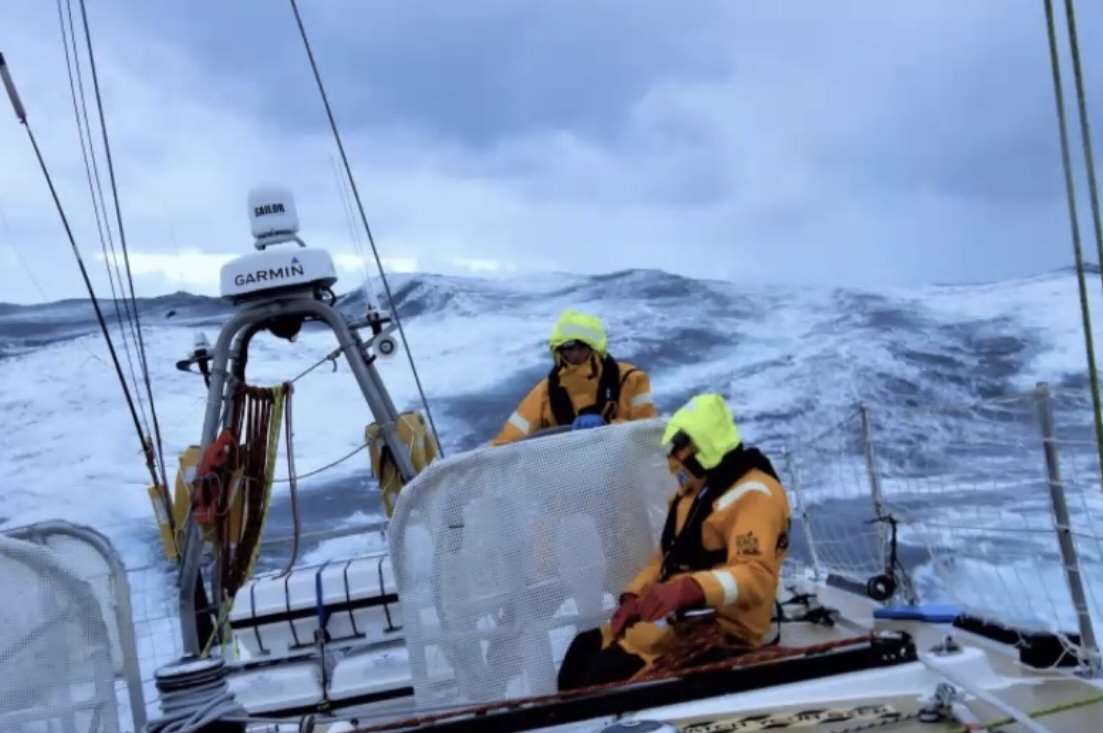 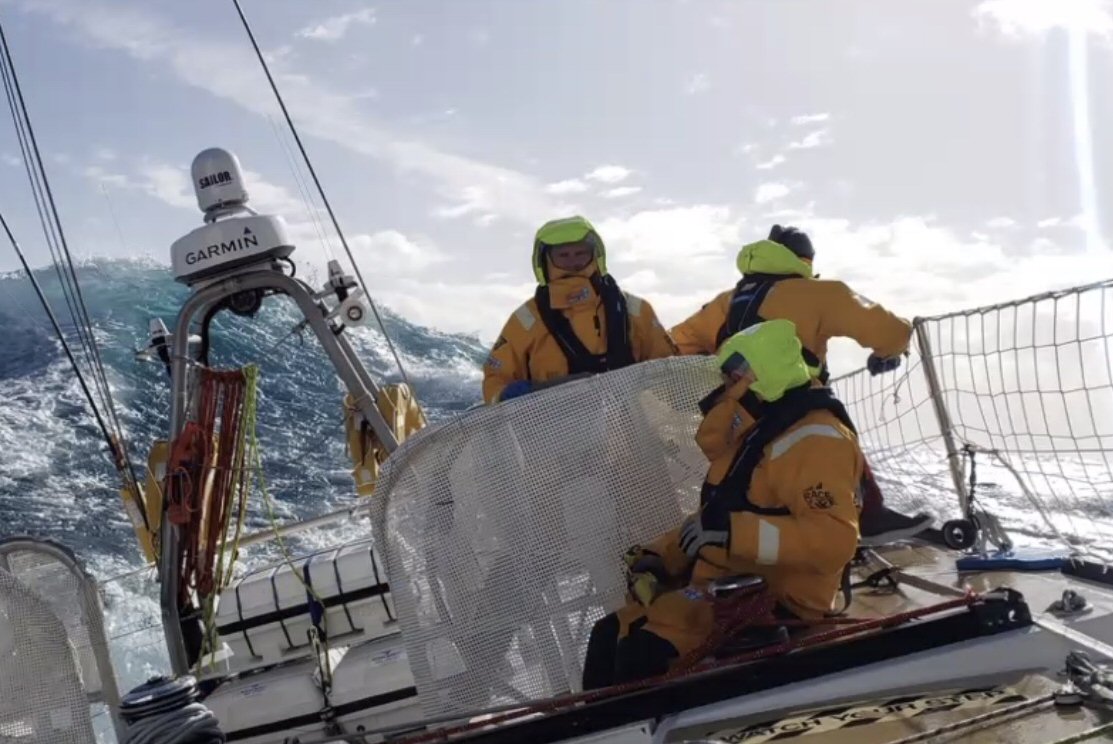 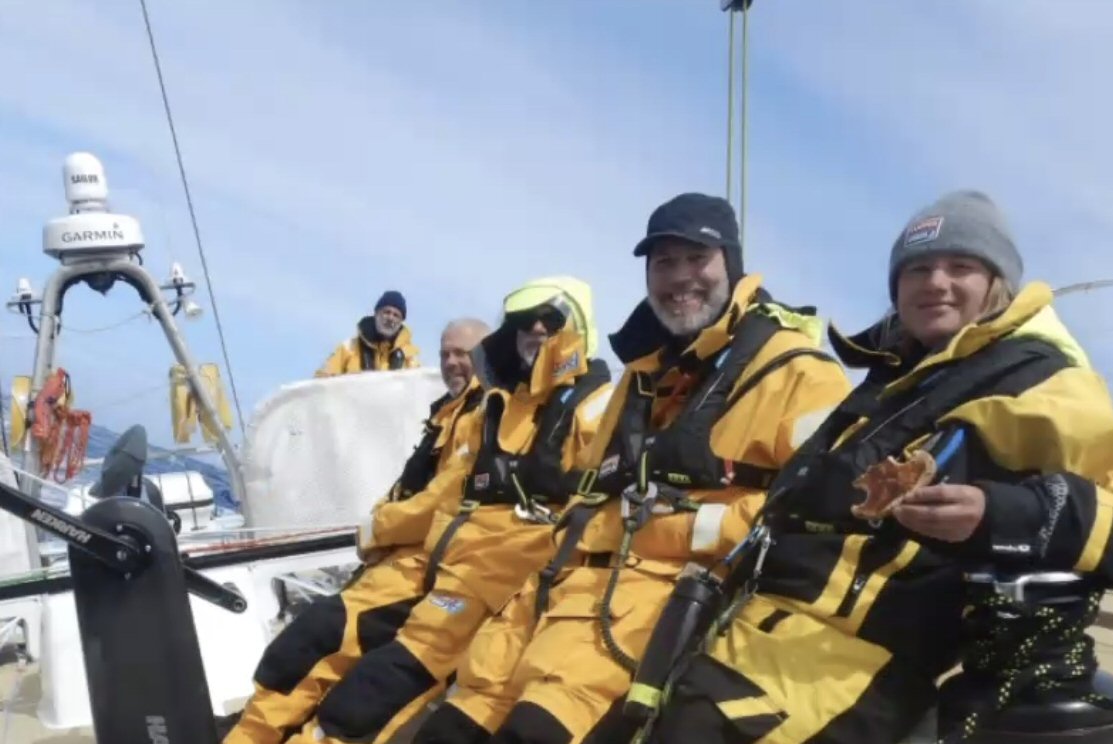 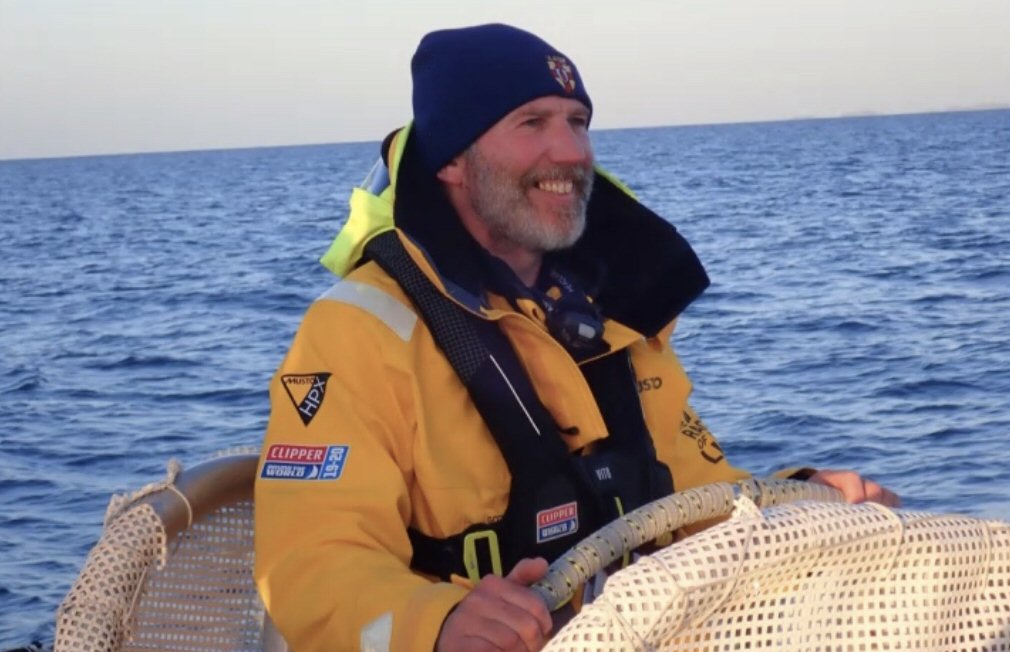 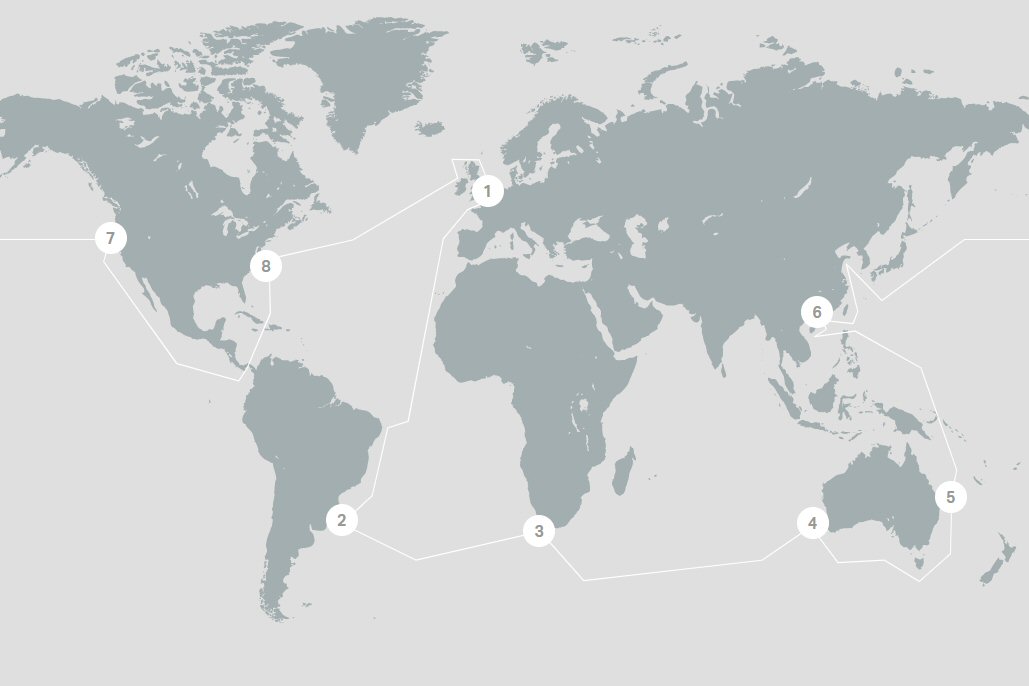 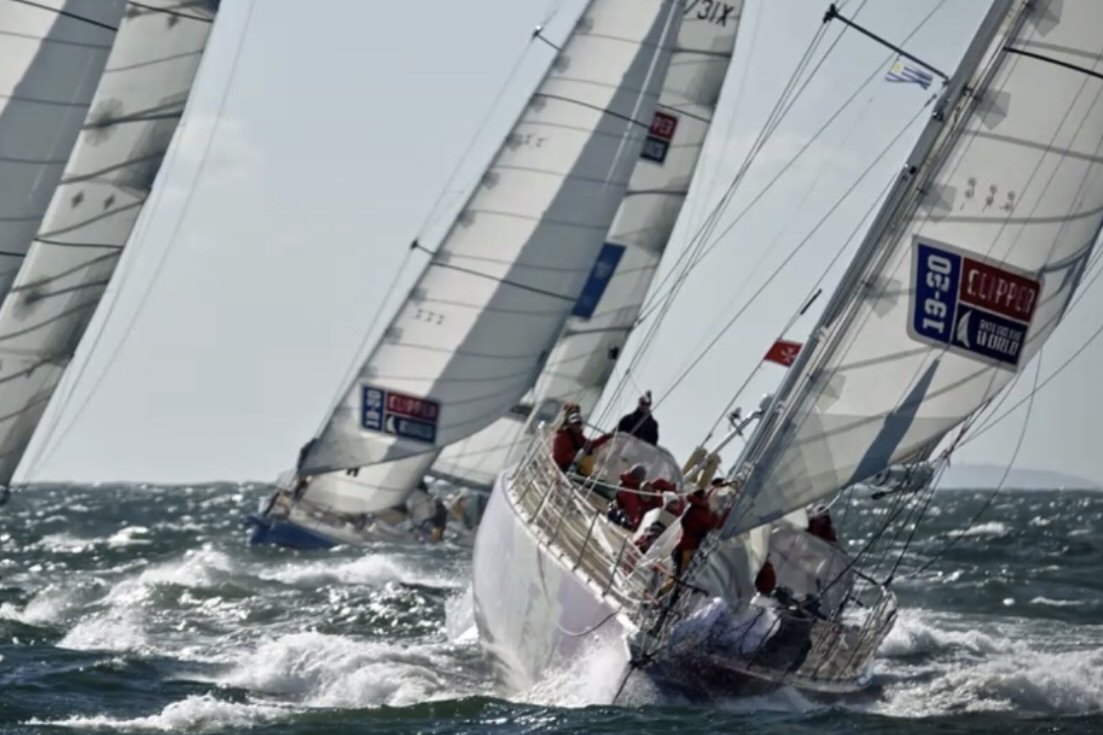 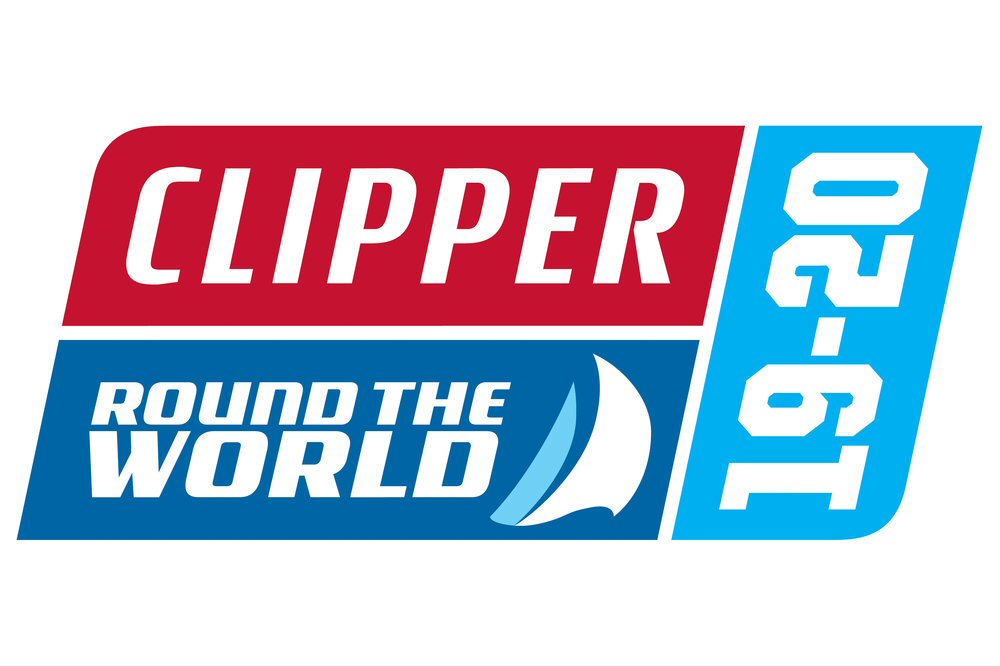 The Clipper Round the World Race is one of the biggest challenges of the natural world and an endurance test like no other.  The challenge of taking part in a 40,000 nautical mile race around the world on a 70-foot ocean racing yacht was taken up by a former coach at Dunfermline Rugby Club.  My Clipper Experience was the subject of Richard Wilson, the guest speaker in this week's Rotary Club of West Fife meeting.  Richard lived here for 20 years before moving to Somerset so he gave his fascinating presentation on zoom.

Richard took part in the 2019-2020 Round the World Clipper Race.  It took place over 8 legs including between 13 and 16 individual races during 11 months starting from St Catherine’s Dock, London on 1st September 2019.

The eleven identical racing yachts have between 13 and 22 crew, aged 17 to 72 and 33% female.  This supreme challenge is taken on by ordinary, everyday people.  Having completed a rigorous training course at Gosport, participants are suited and booted in the latest extreme protection gear to commence the race of their lives - an unparalleled challenge.

Participants only take part on selected legs of the race and Richard took part from Punta Del Este in Uruguay to South Africa, then into roaring forties to finish in Western Australia.  Richard was assigned to the Team Go to Bermuda and set off on 16th October for 40 memorable days at sea, making it to Cape Town on 9th November and culminating in Fremantle on 19th December.

Because of the time required and the cost of completing the entire voyage, only a small number of the crew do the whole race.

Richard’s motivation for this challenge was to see if he was fit enough at age of 50 to do it.  He wanted to experience sailing in a racing yacht capable of speed of 30 knots, ride 60 and 70 foot waves, visit three continents and three new countries, and make new friends from all over the world.

The brainchild of Sir Robin Knox-Johnston, the first person to sail solo non-stop around the world, the race was a dangerous and testing race in challenging, but beautiful, conditions claimed Richard. "Sailing in night light dolphins looked like torpedoes. It was cold very wet but an experience I will never forget”.

As for the success in the race, Team Go To Bermuda finished 4th on the 4th stage from Cape Town to Freemantle and won that stage’s ocean sprint.