Via Zoom, Alastair Brodie was our guest speaker and his talk was about The Cattle Drovers and how the wealth of Scotland was in cattle. 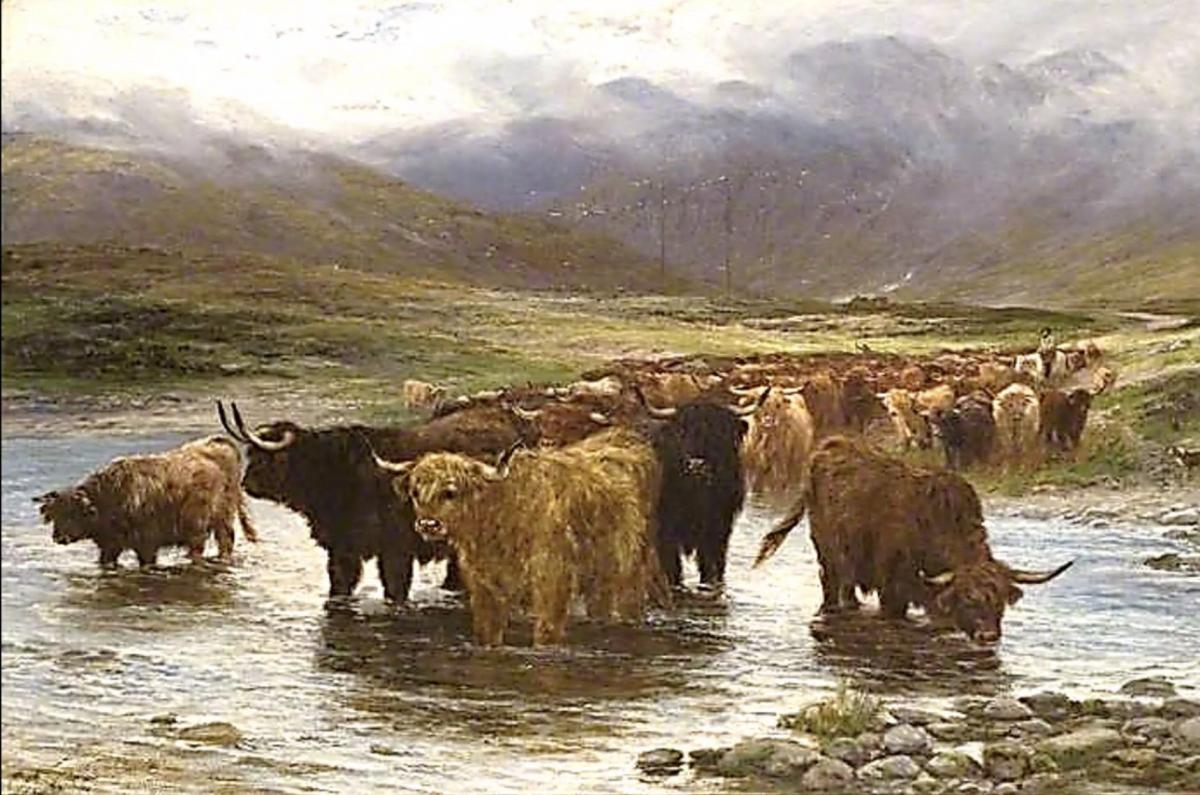 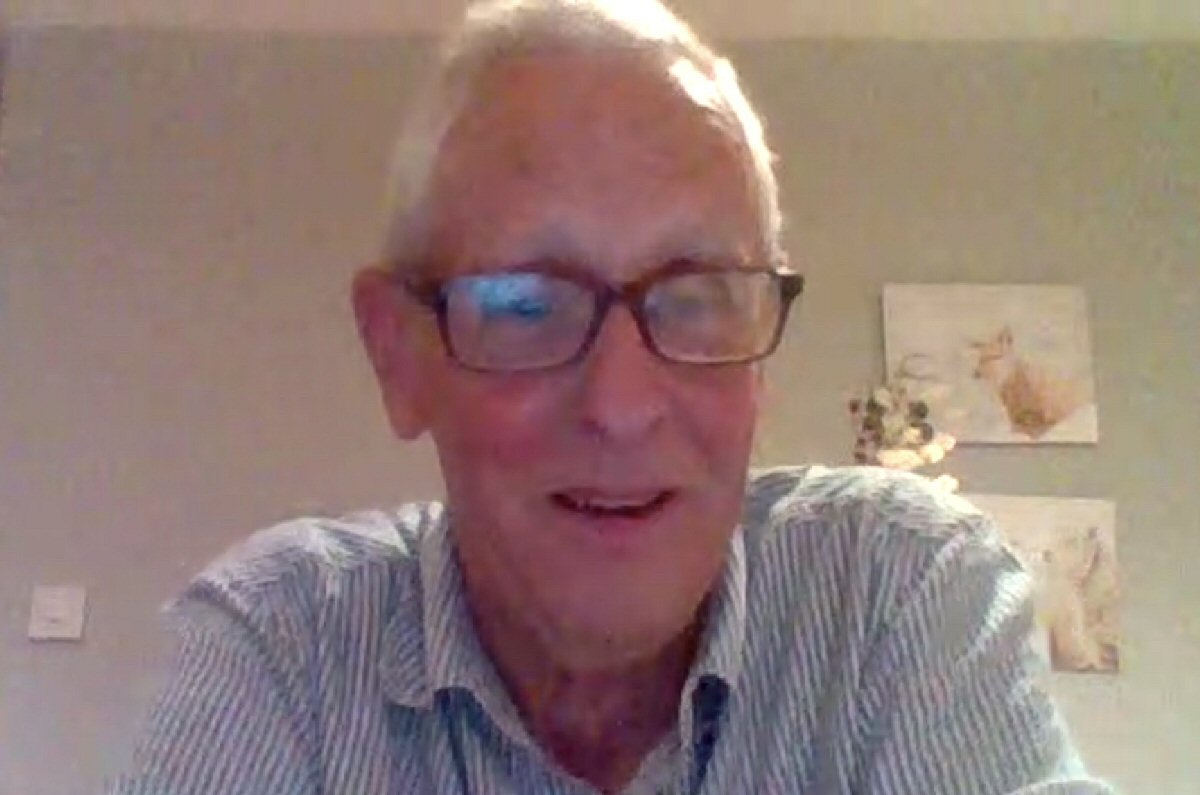 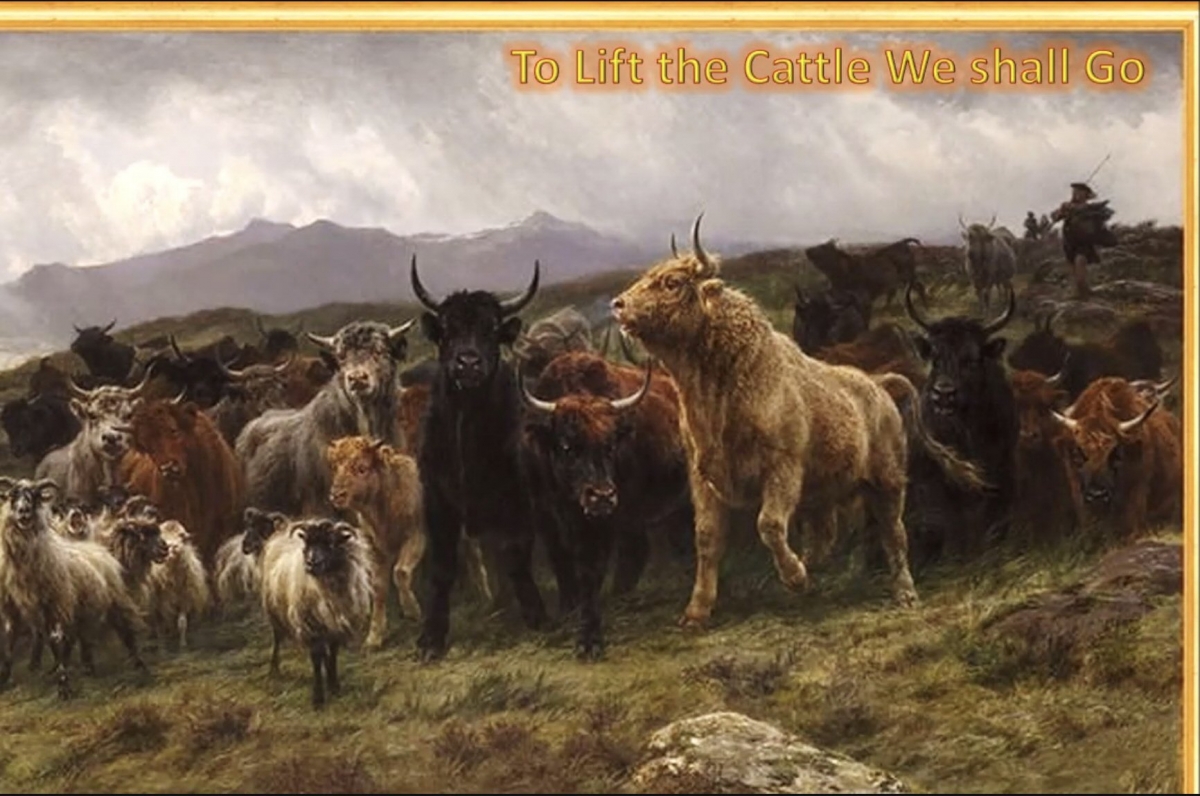 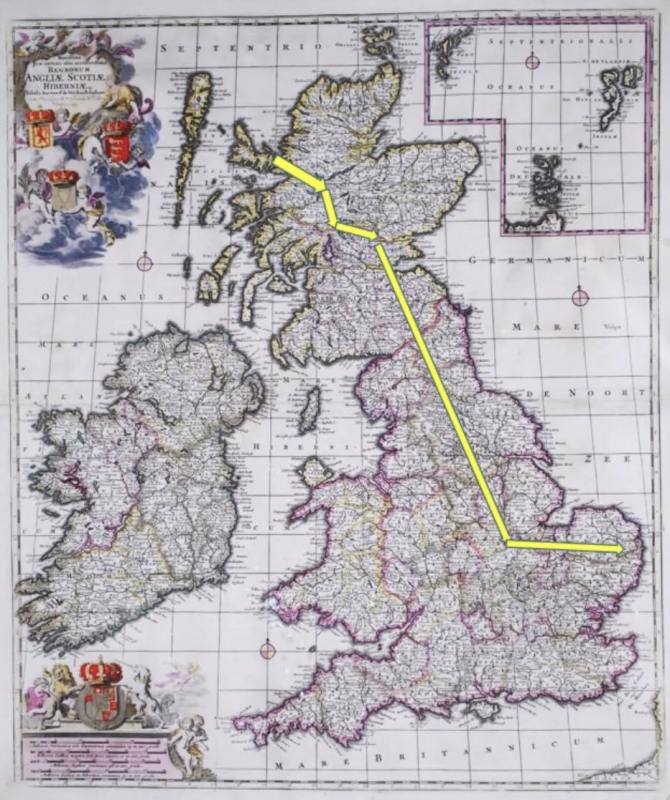 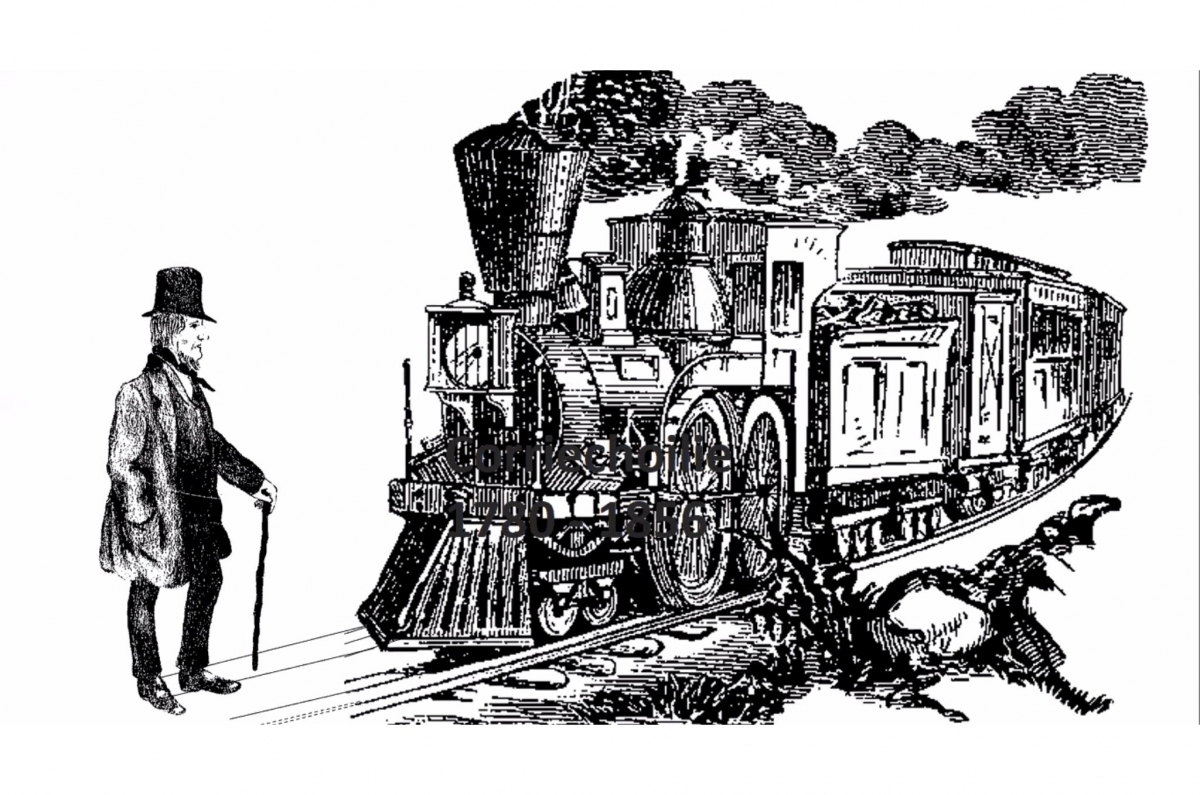 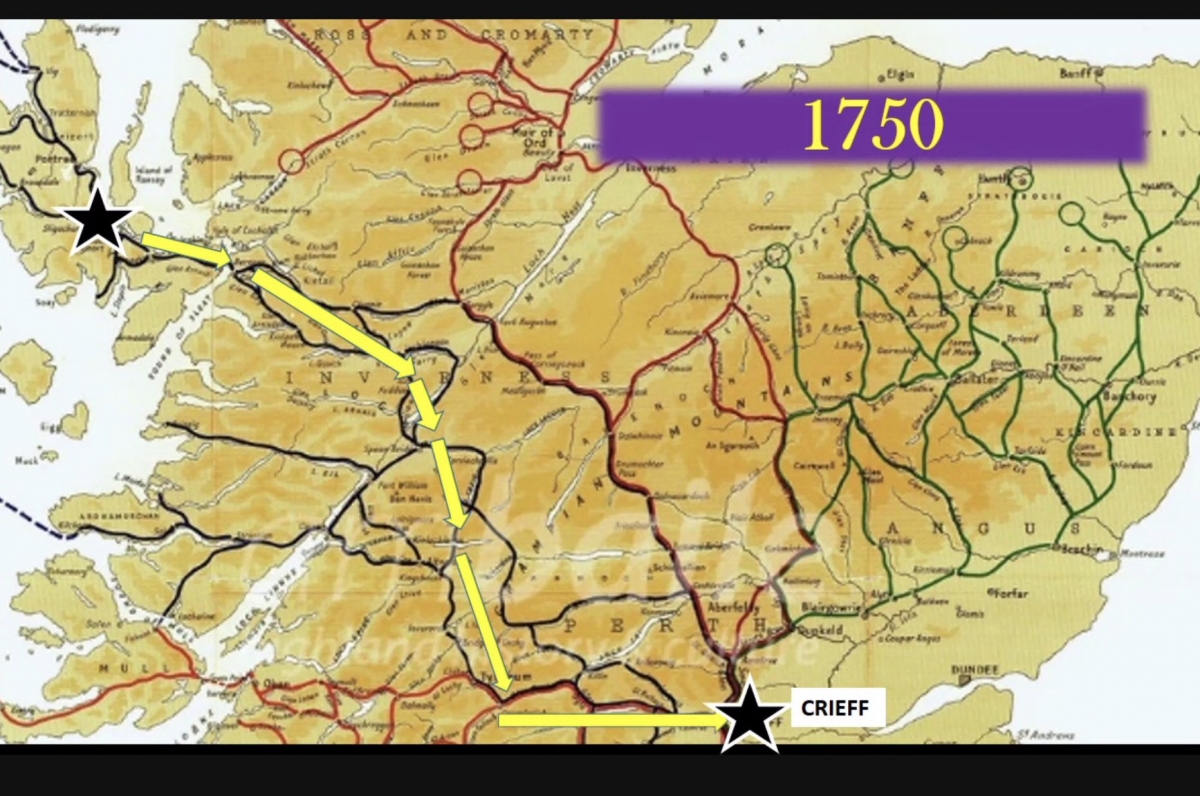 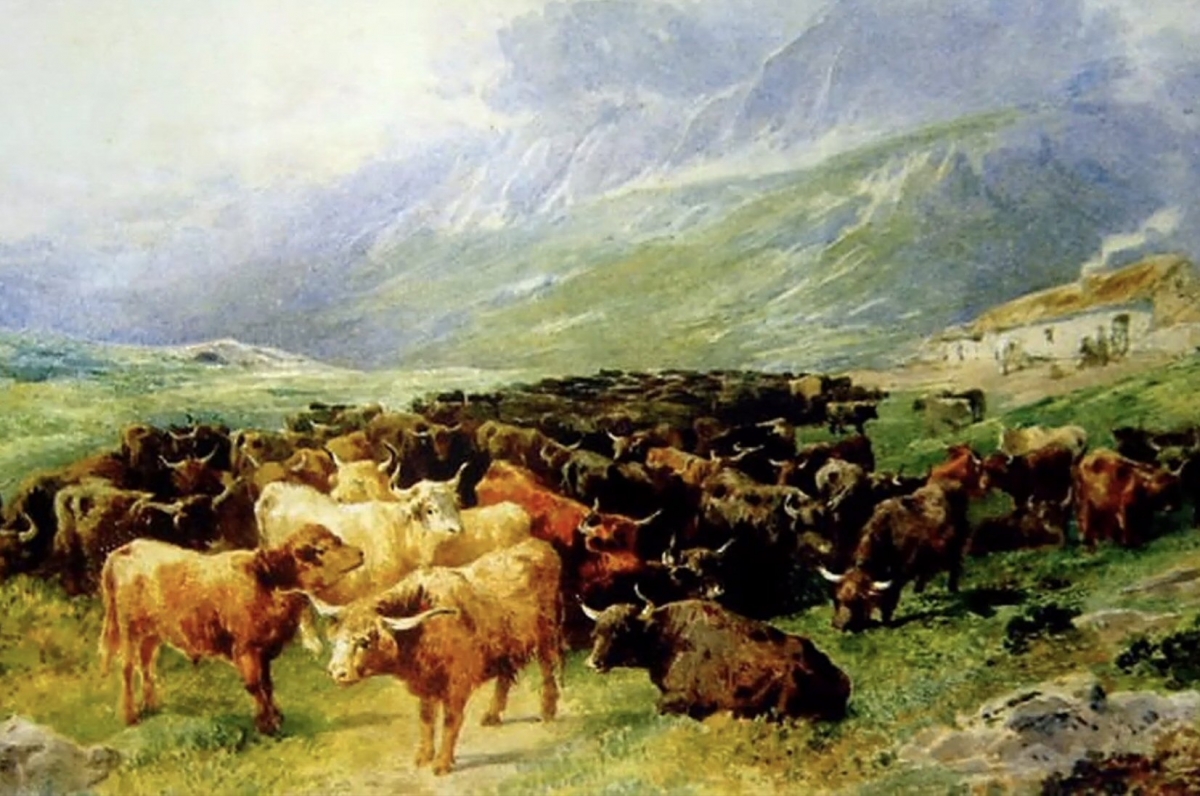 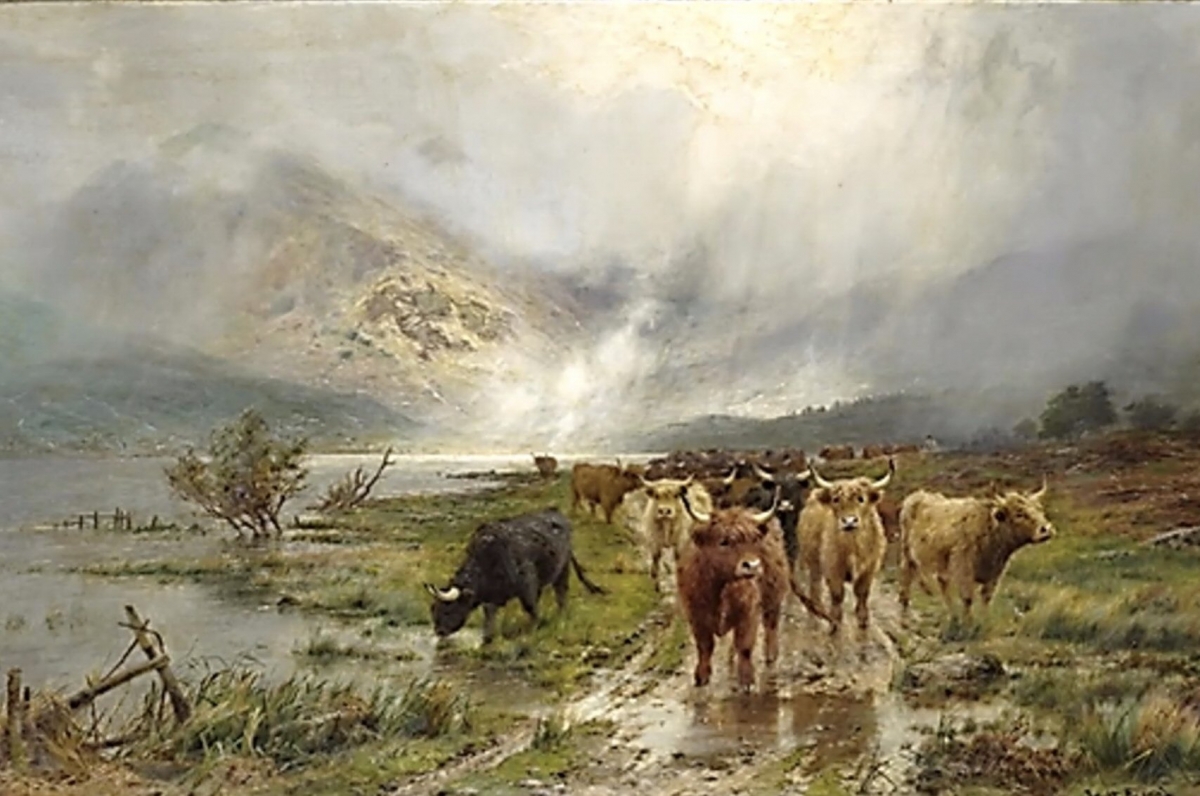 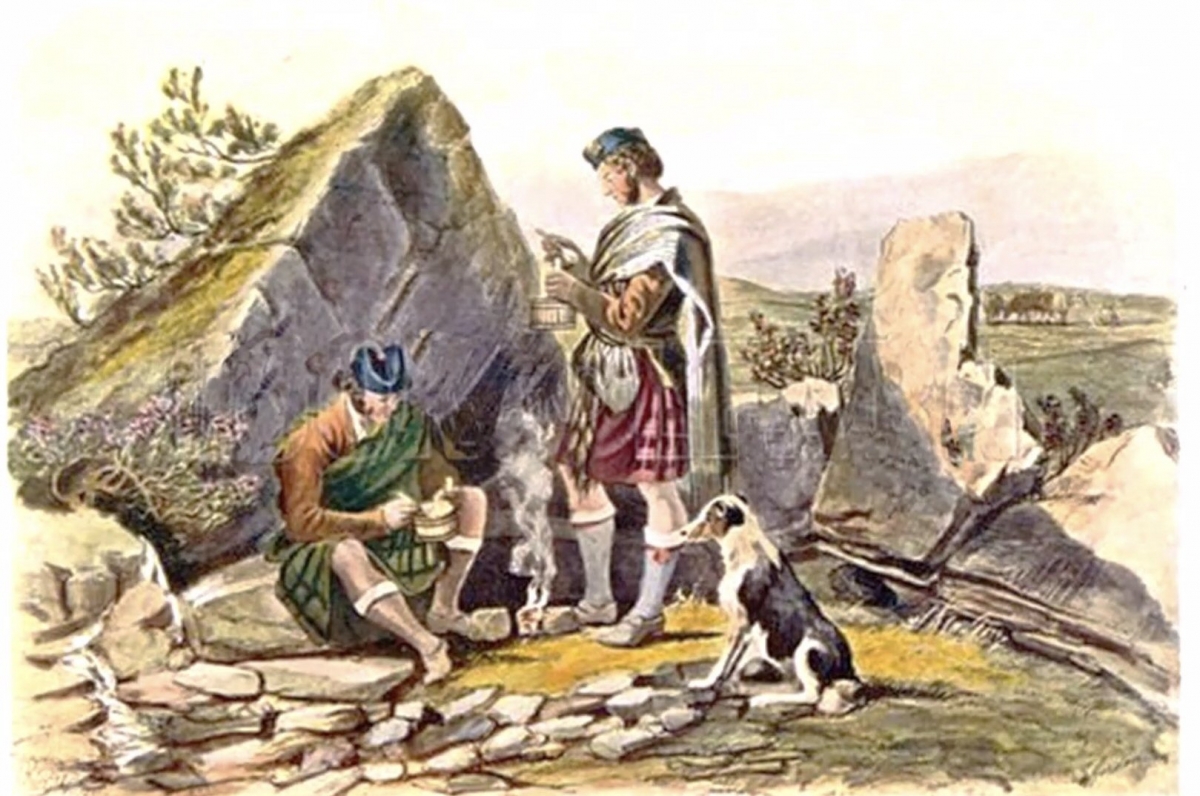 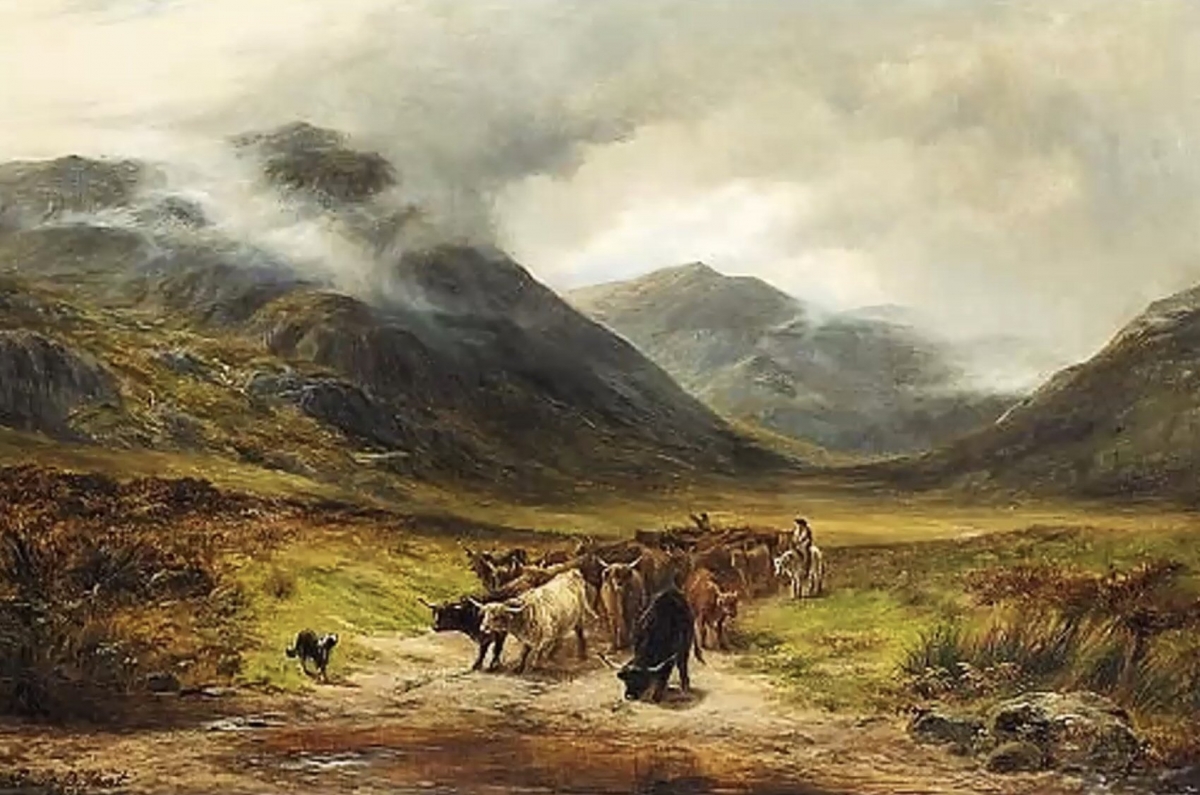 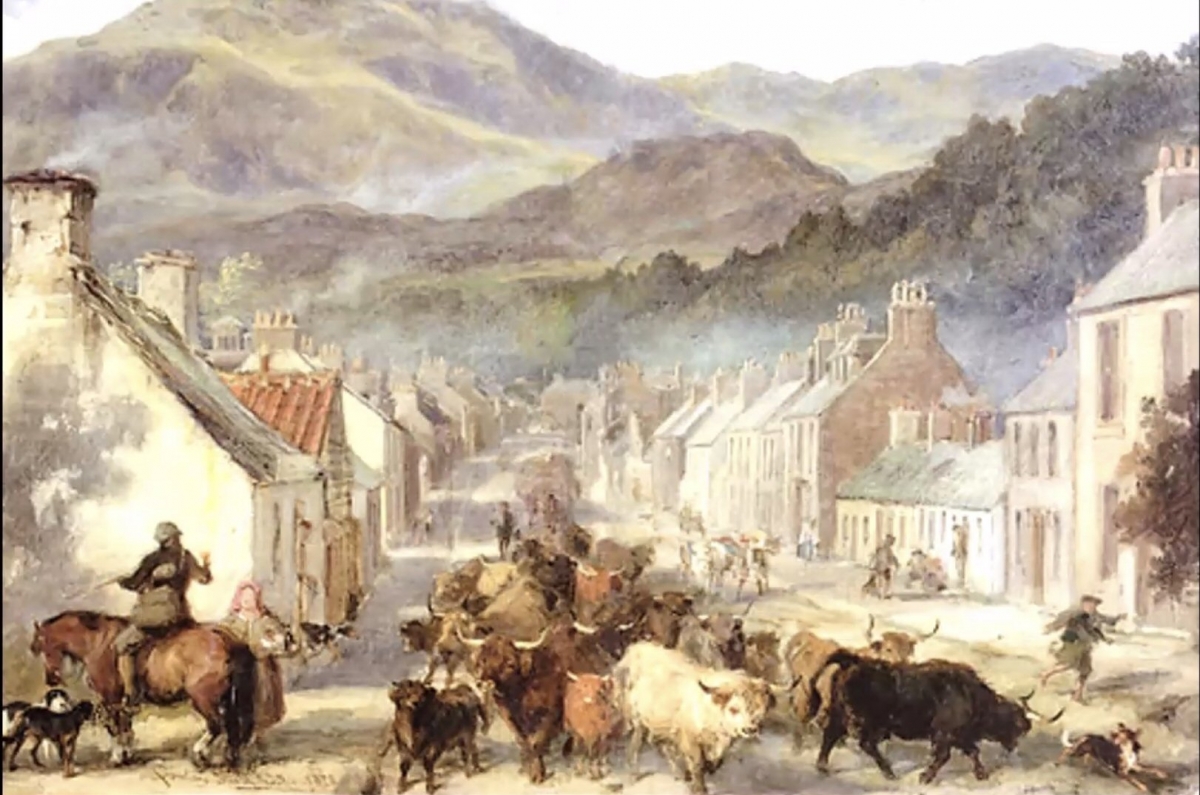 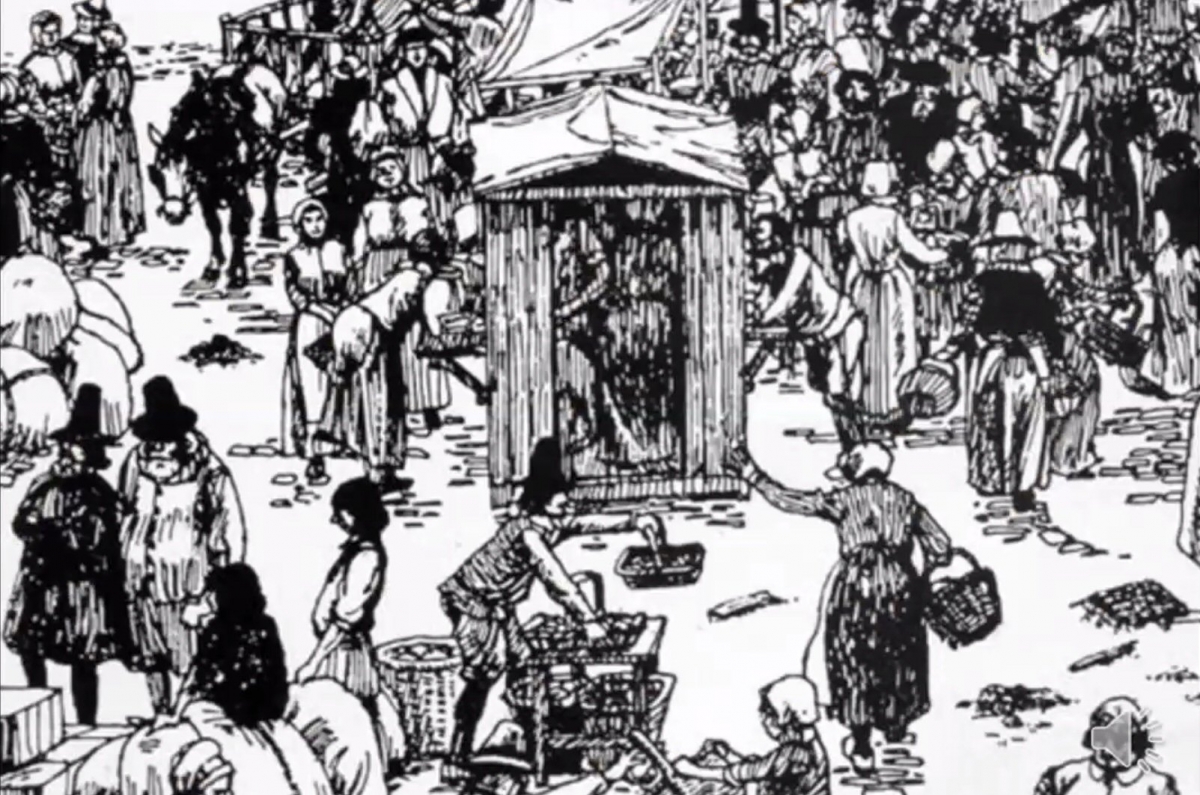 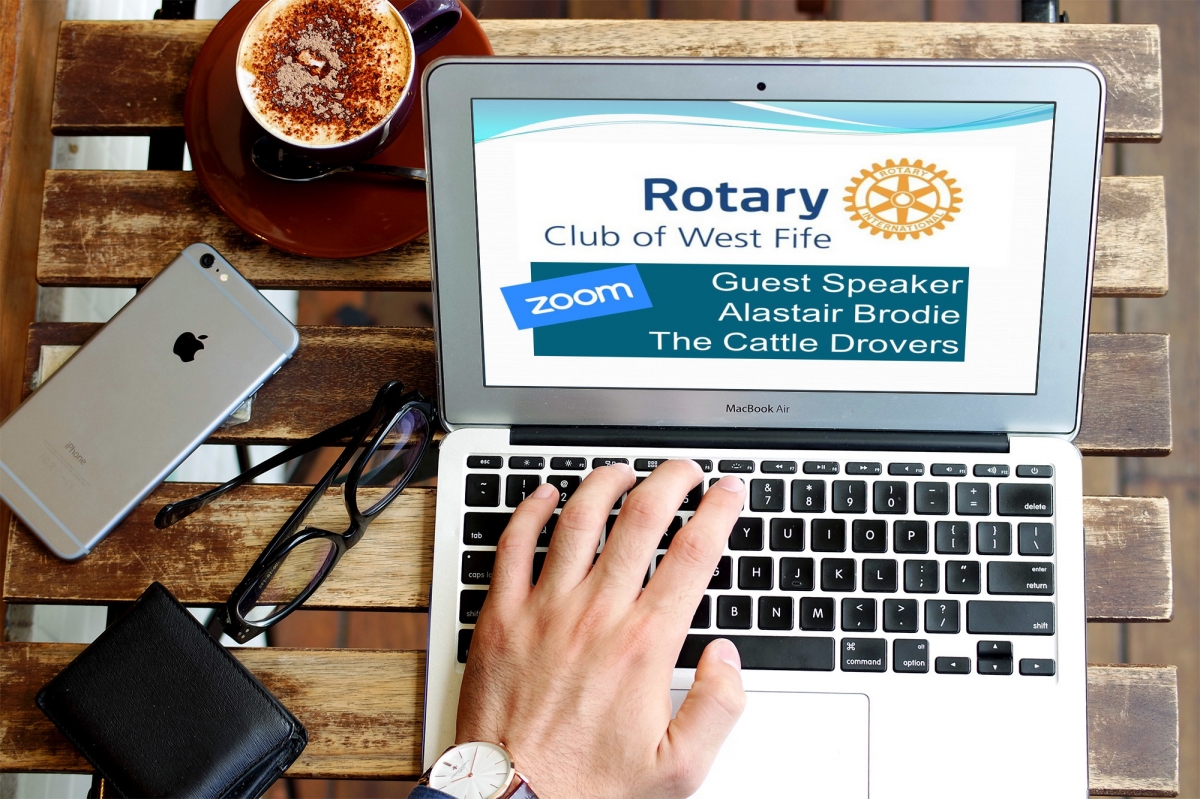 
Guest speaker via Zoom was Alastair Brodie who gave a very interesting presentation on the Cattle Drovers of Scotland. Alastair took us back to 1750 and a cattle drove from the Isle of Skye, across to the mainland, through Glen Garry by way of Tyndrum to Crieff.

Black highland cows that could thrive on poorer grazing ground, covered the landscape of Scotland in the sixteenth and seventeenth century and Skye was the centre of cattle breeding.

Cattle drover routes were created by the movement of cattle including those used by raiders. Routes took cattle from the west of Scotland to markets in the likes of Alyth and Brechin. Until in 1672 the Earl of Perth established in Crieff the prime market for cattle.

He explained how crofters entrusted drovers to take their cattle to market. Typically 300 cattle would be gathered for the drove. First obstacle was the strait between Kylerhea on Skye and Gleneagles on the mainland. Cattle were tied together in a ‘daisy chain’ to swim the crossing.

The cattle would travel a maximum of ten miles per day so that the cattle were well fed and didn’t lose weight on the journey.  There were no roads just routes created by cattle feet, no bridges and that journey would traverse Glencoe pass and through towns until they arrived on Crieff.

It took around 3 weeks to reach Crieff where the market in would sell 30000 to 40000 cattle per day. Buyers would march their cattle south for finishing in Norfolk and in time to their ultimate destination Smithfield market in a London.

The trade in cattle was vastly important to the economy accounting for 40% of exports from Scotland, only surpassed by linen.

By 1760 the market focus had moved from Crieff to Falkirk. James Cameron of Corriechoilie near Spean Bridge became a cattle baron coordinating the droves but by 1890 the railways had taken over the transportation.

Alastair closed by saying that he is hoping to recreate a present day cattle drove once current restrictions allow.