Signing up with a sister Club, coming up with online fund-raising ideas and wishing a fond farewell 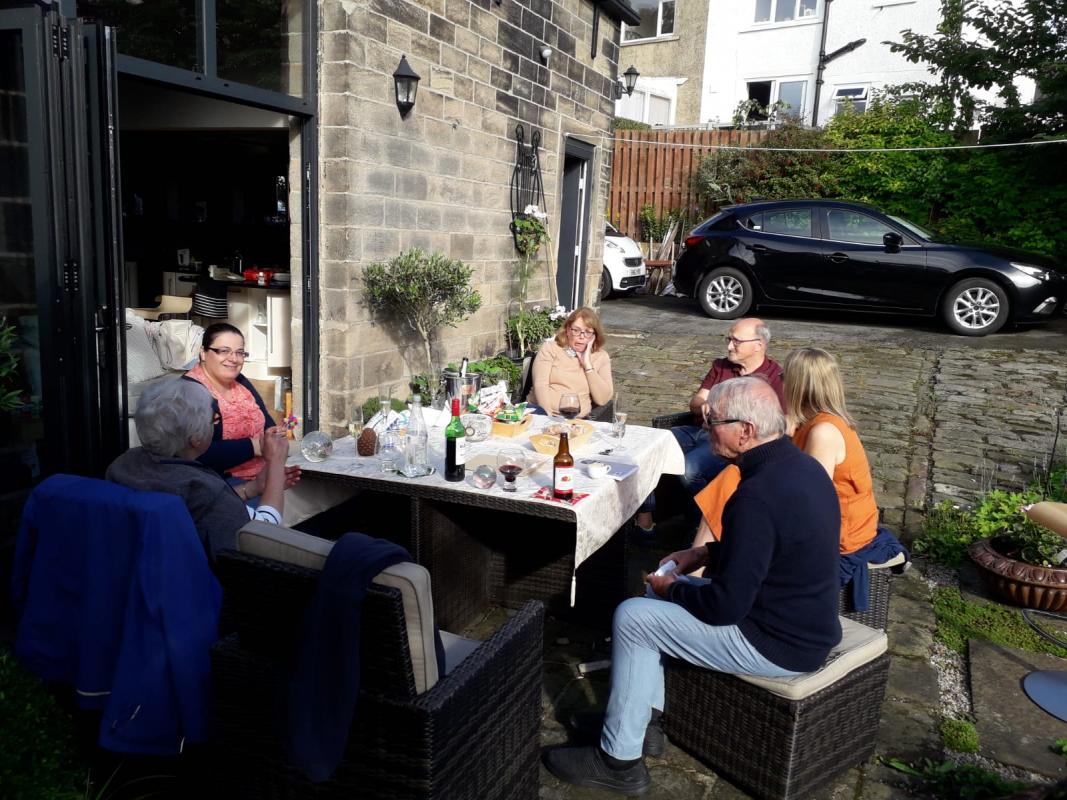 There have been several recent events showing that Aireborough Rotary is certainly keeping ticking over under lockdown. First came the Joint Zoom meeting with our new sister Club Madras Chenna Patna widening our vision and offering new opportunities. The meeting was recorded and is now available on YouTube under Aireborough Rotary. Then came the first  Thursday Group meeting under lockdown brainstorming  possible online fundraising ideas. A lively, fruitful discussion followed enabling Thursday Leader Janet Appleton to begin putting together a resultant programme for the next few months. Finally Janet and Bill Kerr hosted a carefully phased, socially distanced fond leaving farewell for Sofia Prassa and Petros Tsitnidis spaced over a five hour period. We are all aware of how much they have helped, supported and led in areas like the Technology Tournament, finance, social media, technology of phones and computers and Days for Girls projects. But alongside those efforts during their five years in Yorkshire, both have worked energetically on qualifications at Leeds Beckett University. Sofia has completed her M.B.A. (Master of Business Administration) and worked at the Kirkstall Cancer Research Charity Shop. Petros is close to finishing his Ph.D. on Social Housing (Doctor of Architecture) whilst lecturing at both Leeds Beckett University and Wakefield College. The challenge to all attending the goodbye was to source a memorable gift ‘typical of Yorkshire’ with splendid results. On their return to Athens they will be project managing a Construction Project for a family company.