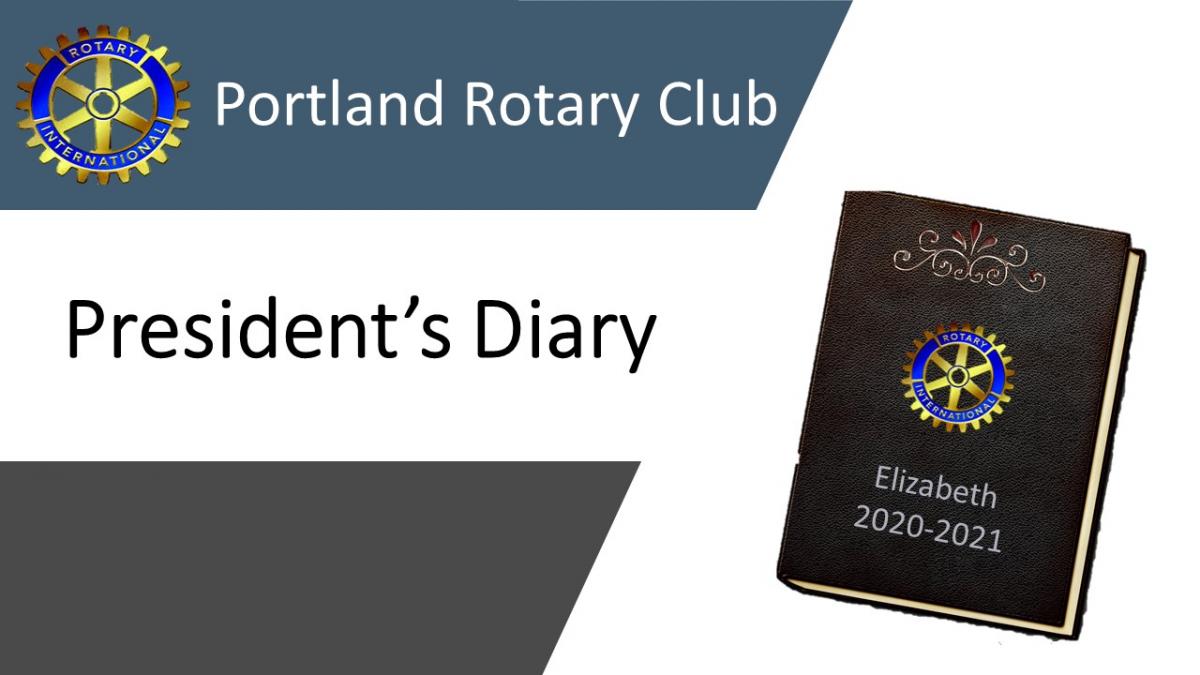 At the end of June we gave another donation to the Portland Food Bank: £500. Earlier during the Covid-19 Crisis we gave a first donation to the Church’s for Portland Food Bank, so this marked the second donation. This month we have given a donation of £500 to Life Education, targeting both St Georges’ Primary School and Atlantic Academy in their work teaching Portland children about their health, drug avoidance, well-being and mental health.

We had a fantastic talk from Rotarian Richard Jones about being an expat and Rotarian in Thailand, and I had a midnight Rotary and Rotaract Zoom meeting with the Clubs of Ica South in Peru, it was their Zoom handover. Today Peru is celebrating Independence Day – independence from Spain on 28th July 1821.  A special request came from the Ica Rotaract Club asking for a video message from Portland RC to congratulate them on Independence Day, so I have sent that.

A reminder about the Portland Community Award presentation on 27 October.  Nominations are needed to Sue Gaunt.

Celia and I met for an outdoor coffee with two new potential members, Shaun and Caroline.

And I have to say I look forward to a gradual return to normal face to face meetings over the next few months: first I am asking you to think about once a month Committee Meetings in each other’s gardens actually getting together with social distancing and hand sanitisers. So next week how about a committee meeting in a garden?

The Rotary Club of the Island and Royal Manor of Portland