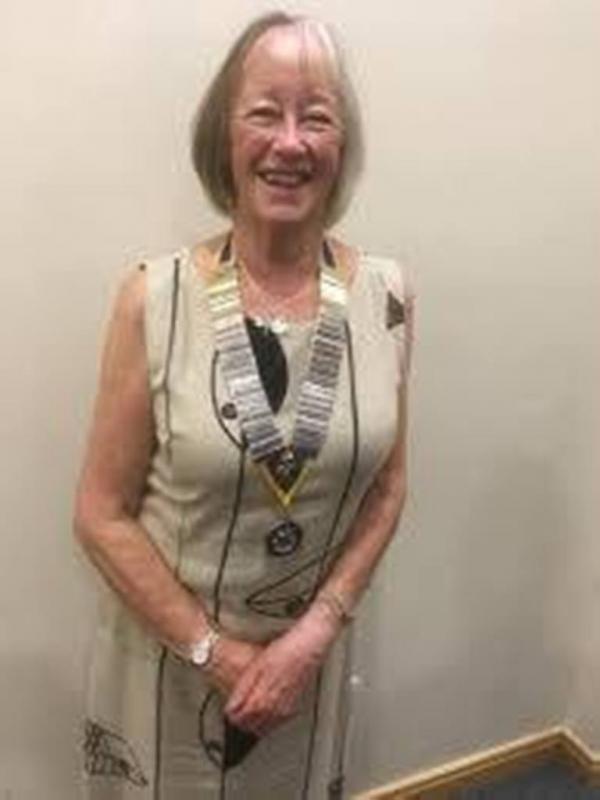 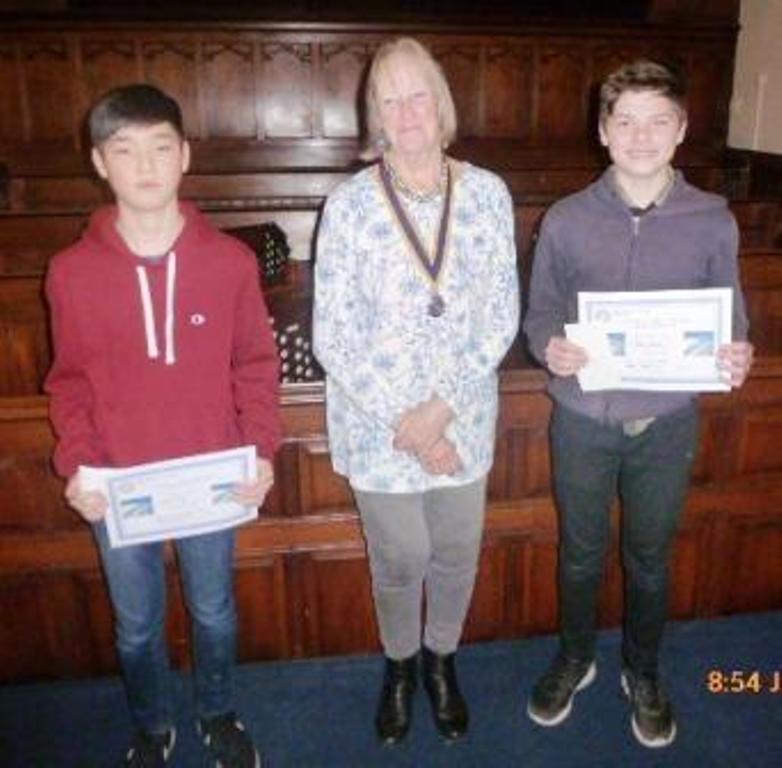 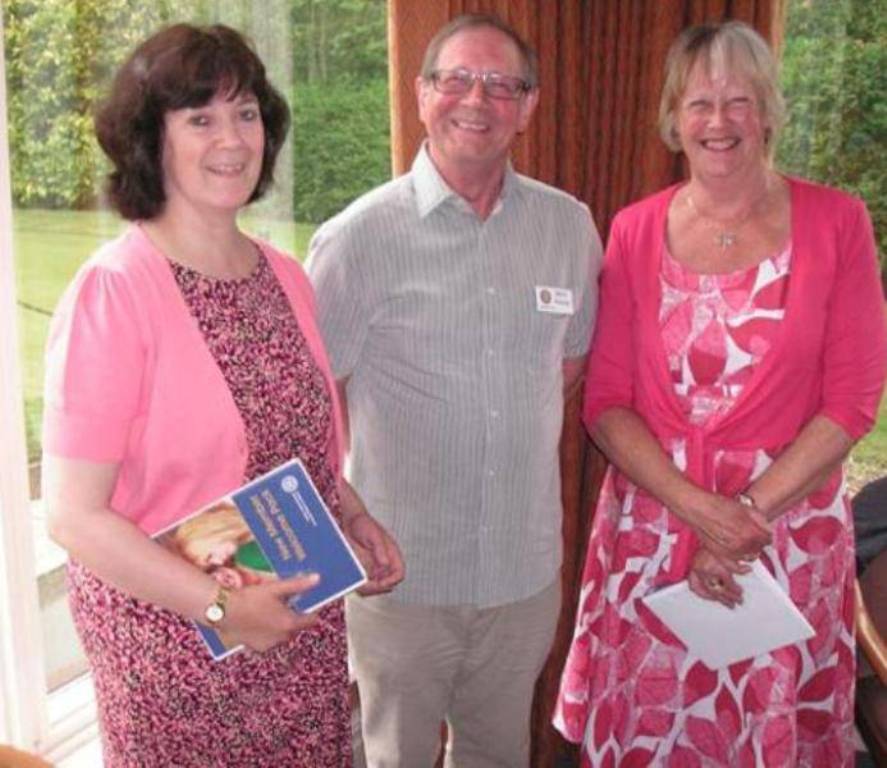 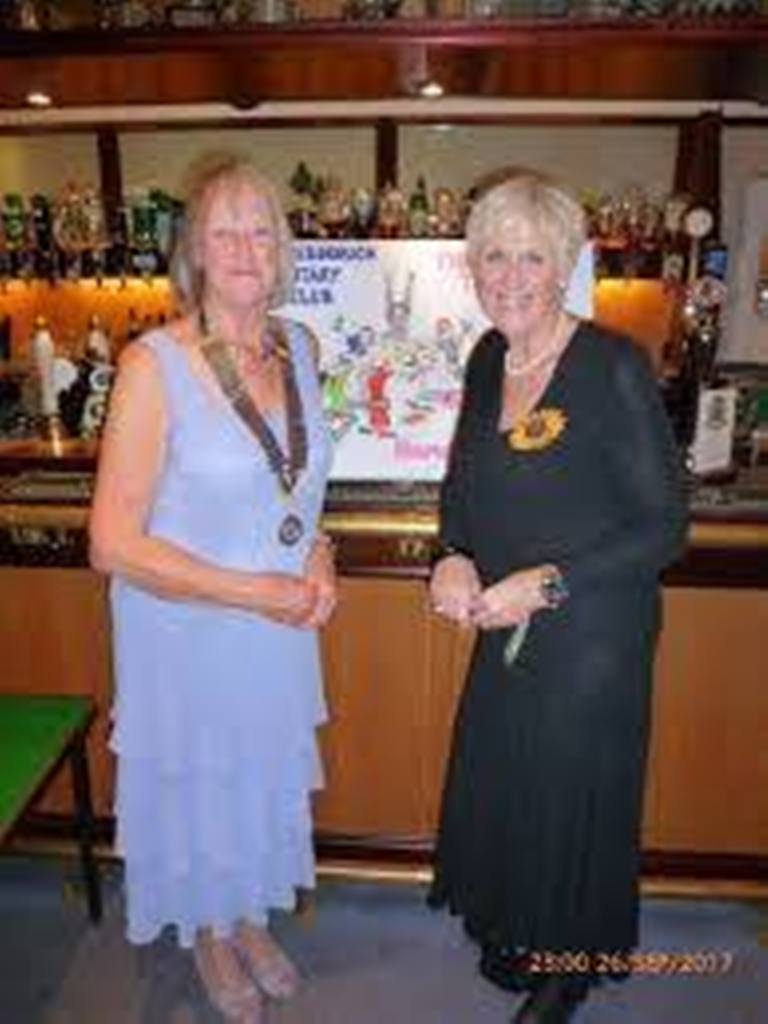 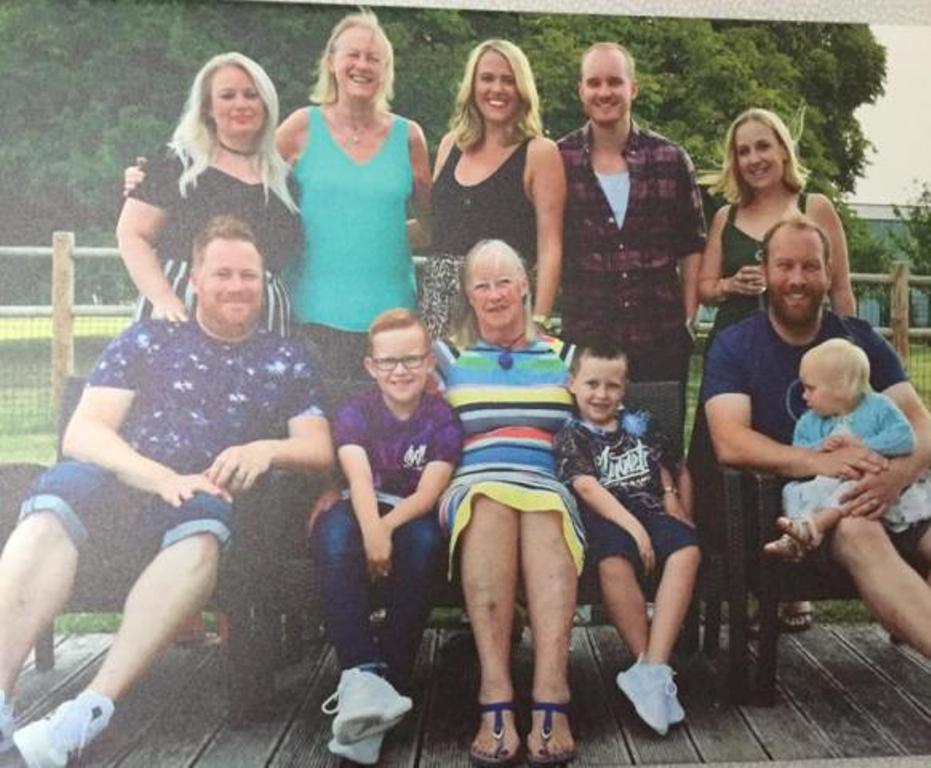 Heather surrounded by her family

Where she was happiest 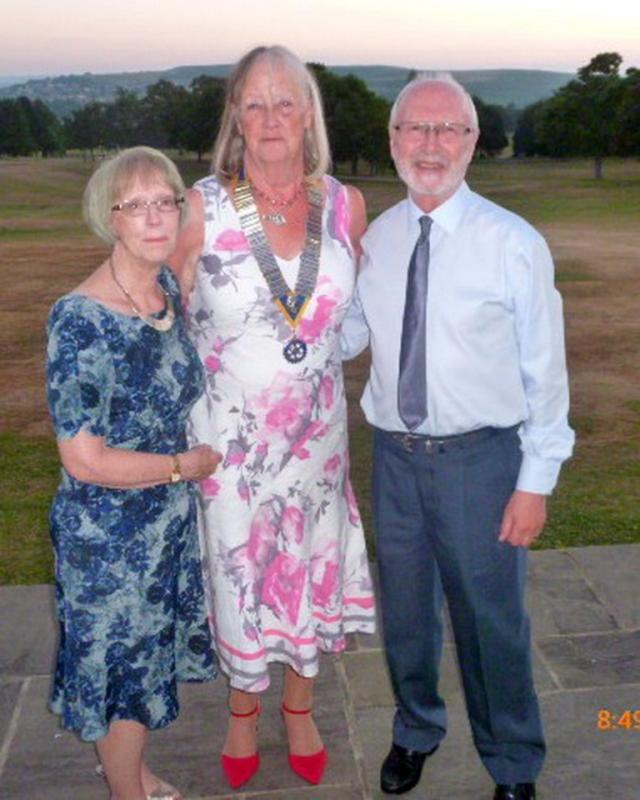 A wonderful, highly respected Rotarian and friend Heather Read, Aireborough Rotary’s first Lady President in 2017 passed away recently after a short illness. She was introduced into the Club by Bill Kerr in 2013 whilst she was volunteering in the Martin House, Yeadon shop, one of several charity organisations he knew she regularly supported. ‘She was always helping others.’

She soon brought that community spirit into Rotary becoming an active and integral member of the burgeoning Thursday Evening Group. One of six female members joining the Group early she helped change the face of the Club making it more responsive and inclusive. But she was soon also actively participating in Tuesday lunchtime meetings. It was not long before she found a niche for herself setting up a productive sewing group within the Club producing sanitary kits for girls unable to attend school during their periods. She was delighted to receive a picture of smiling Mnyakanya, Kwa Zulu Natal pupils, not now having to miss school, brought back by the Bambisanani team from St. Mary’s, Menston. The team’s developing work was also featured in a Rotary video now on YouTube. The Group’s social events were just as important, part of their identity, time to celebrate another successful year helping others.

Heather was quickly nominated to take on the Presidency and her year as President saw her leading a successful cycle of events including both a Proms and a Forties evening as well as welcoming new members and having a prime role in fundraising, leading from the front. Her choice of speaker for the Club’s Charter Birthday Celebration was Calendar Girl Tricia Stewart, another female groundbreaker, ensuring a full house with Martin House Hospice, Caring for Life and Myasthenia gravis as her charities for the year. The award of Rotary's highest honour, a Paul Harris Fellowship was brought forward from its planned Charter evening presentation date in late September so Heather was aware of the fact.

She was also full of enthusiasm for events involving young people - Young Musician, Youth Speaks and the Rotary Youth Leadership Award/Bambisanani team evening. Current President Raj Mani admired her easy effectiveness in meetings ‘always in control and retaining a sense of humour. I will always remember the ease with which she calmed a few ruffled feathers. Was it her experience as a Deputy Head in Special Schools? No she was a natural’. She had been Assistant Head at Braithwaite Special School, Keighley.

Praise has followed from many members – ‘she was an amazing lady and will be forever remembered and loved’. ‘Beautiful flowers arrived today for my birthday, typical Heather still thinking of others during her illness, I can only aspire to her kindness and generosity of spirit’. ‘She was an inspiration, a wonderful woman and I was in awe of how much she gave to the community'. 'All her energy and dedication will be sorely missed and unsurpassed’.

Behind all this were her strong faith and her enthusiastic work and support for Rawdon St.  Peter’s Parish Church where she served as Churchwarden. She was part of the ‘Open the Book’ team delivering assemblies at Rawdon St. Peter’s Primary School where she was also a Governor.

But she was happiest when surrounded by her loving family – her favourite place to be - a loving sister, mother, mother-in-law, aunt and grandmother. Her husband, Geoffrey predeceased her and she is survived by her children Sam and Tim.

Because of current arrangements Church members, Rotarians, Inner Wheel members and friends will be lining the streets as the funeral cortege passes dressed in her favourite bright colours. They will also be watching a recording of the funeral service later the same evening.