Leader’s advantage narrows in a market that was described as directionless. 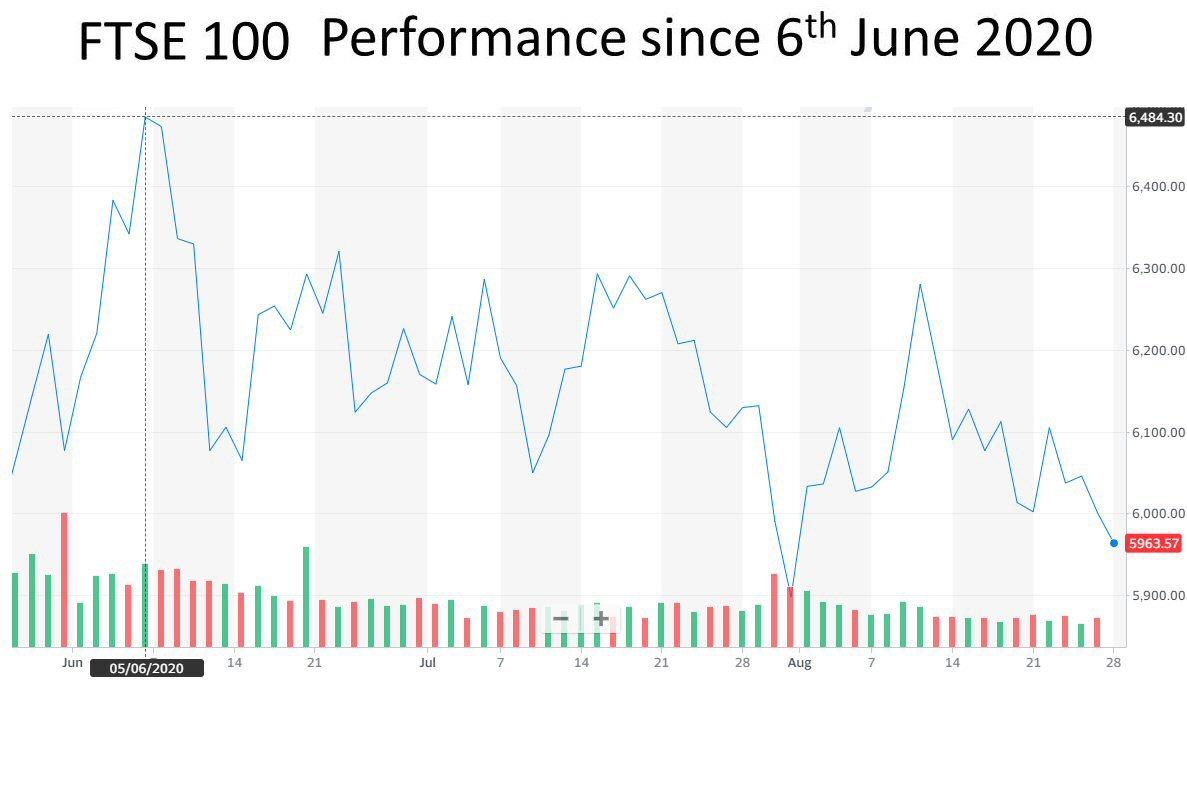 Traders headed off for the Bank Holiday weekend worried about the post-pandemic economy. News of Japan's Prime Minister Shinzo Abe resignation after eight years as leader due to ill-health, prompted concerns from investors about Japanese monetary programmes but in reality had little effect on the FTSE 100.  Analysts described trading on London markets as “directionless” and the strength of sterling against the dollar was also blamed for lack of gains.

Best performing shares of the week were shares that have not been good news in previous weeks:-
AVEVA Group +19.1%
Carnival plc +14.1%
International Consolidated Airlines +12.0%
easyJet +10.4%

In our competition the week’s trading made no difference to our leaders, the top eight remaining the same. Hansen Low, Stewart Morgan and the Pigman’s Dad still standout at the top but the difference between first and third narrowed to just £381.  At the foot Beer’s Drunk and Robin Grant still trail with a bit of jostling for placings just above them.

AVEVA’s strong performance gave Mulberry Lodge the highest gain this week and Lindsay W the mover of the week - up 58 places.

Tail ender Beers Drunk was the loser of the week down 3.3% due to a dependency on oil shares. Ross Grieve’s portfolio suffered and as a consequence fell by the largest margin - 24 places.

64 of our 152 entrants are currently ahead with their investments and that has to be impressive since our starting prices are based on a date when the FTSE 100 was at its highest value since early March. (see chart above)

32 days until the conclusion of this competition, who knows what that might bring?