The Whernside Expedition Day One of One 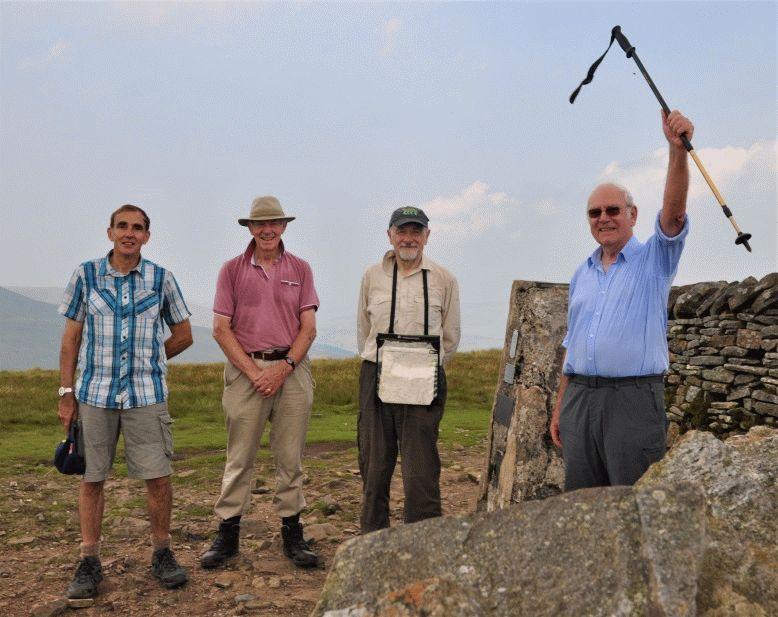 Four Men on a Hill.

12th August 2020 will surely go down in history as the day when an elite force from Harrogate Brigantes took on the might of Yorkshire’s tallest peak - and won! Such was the planning precision of this mission that both cars arrived 18 and 15 minutes ahead of schedule, ready to commence this intimidating challenge.

Despite Meteorologist Office advice to avoid non-essential forays on one of the hottest days of the year, we were there, psyched up and raring to go. Full equipment check : Phone? Keys? Wallet? Oh, and a map might be handy. Despite the presence of twenty or so cars we headed towards the viaduct with no one in sight - the hill was ours! A formation soon emerged, Guy setting the pace followed by David Crowther in support whilst Manuel and I adopted the vital position that would enable us to fend off attackers from the rear - absolutely crucial in these social distancing times. Golf etiquette proved invaluable in “letting people come through” as we soon discovered that many others were undertaking this mighty ascent.

Despite our blistering pace with over 1800 feet climbed and a gnat’s whisker under ten miles walked in just over five hours, there were several budding Olympians who managed to overtake the Brigantes party. Admittedly most of this occurred on the several enforced ‘rests’ when we were obliged to cease climbing for a minute or two merely to observe the magnificent views and seize photo opportunities. Battling against oxygen deprivation, altitude sickness and sunstroke, we made the tactical decision to consume half of our lunch at 11.20 in an exposed location which afforded us a little breeze. Having decided at the outset that we should abort the mission and turn back should the conditions become too harsh, we were at the point of no return. Sufficiently nourished and hydrated, bravado and tenacity prevailed with the unanimous decision to continue against all the odds. The final ascent was aided by a significant drop in temperature due in part to the extreme altitude and increased breeze and as we reached the trig point the collapsed bodies of the overtaking Olympians were much in evidence.

We consumed the second half of our lunch and after photographic evidence had been gathered, the steep descent began. Although considerably shorter than the ascent, the path downhill was much steeper and though multiple stone steps were in evidence, great care needed to be exercised to avoid ankle injuries. It also proved hard on the knees and back due to the jarring movements when stepping down. The final couple of miles were thankfully on mainly level ground which was welcome but the temperature was significantly raised again , ensuring that everyone’s water supply was exhausted by the end. The sight of the Red Cross Field Hospital (Dales Ice Cream van) spurred us on for the last two hundred yards and after three ice creams and one lolly the intrepid team clambered into their vehicles for the trip home.

Following upon the great achievements of the town’s football club, I am reminded of the Saturday afternoon’s Final Score league results: Harrogate Brigantes FOUR. —- Whernside NIL 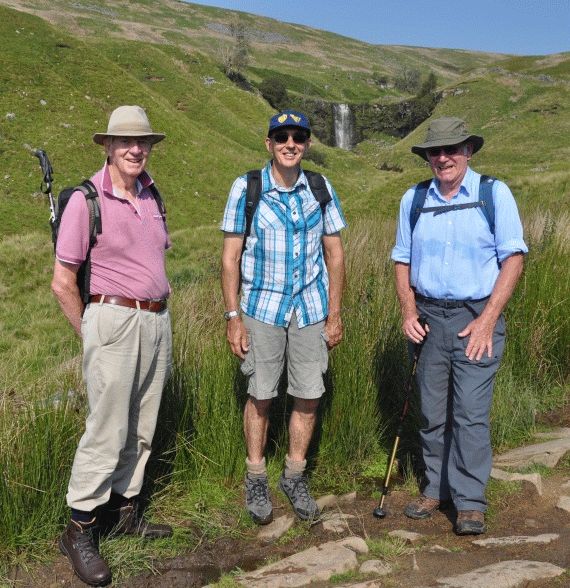 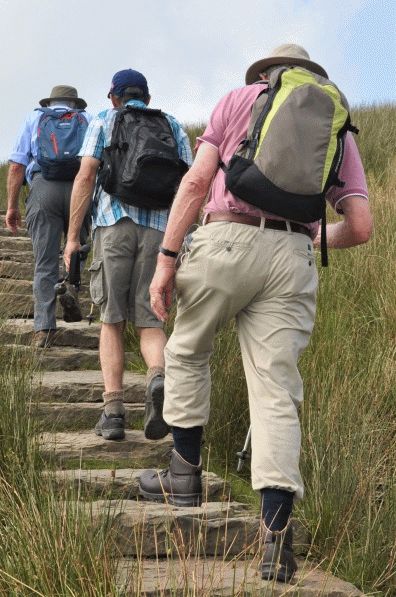 Nor the Hillary Step

This "fun" outing was part of our efforts to raise funds for charities blighted by the pandemic.

You could help by donating below

more Brigantes in a nutshell 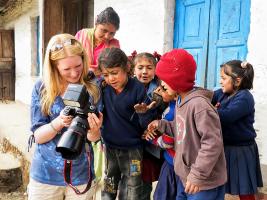 back Rtn Charlotte Gale demonstrating her skills as a professional photographer.