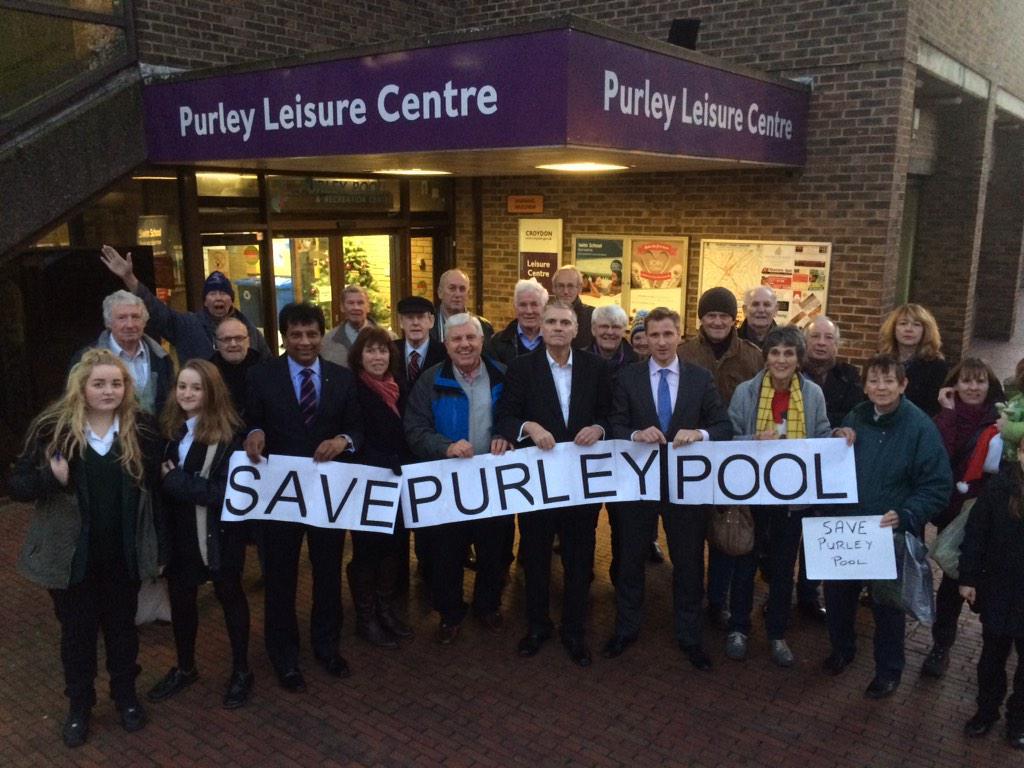 Croydon council is currently refusing to re-open Purley Pool – despite several other council-run pools being re-opened already. They are giving no time frame to re-open it. Pools have been re-opened elsewhere in the Borough, but as usual with the council's Labour-run administration, we are being ignored. There are fears that this is a precursor to the council’s plans to close the pool permanently, as they tried to do a few years ago. Local residents, councillors and I successfully stopped the closure plans then, and we must re-start the campaign now.

The council says its decision to keep the pool closed is based on cost – but the cost of re-opening the pool would be small compared to what the council has wasted money on. They have wasted £30m of public money on a hotel that then went bust. They spent £53m of public money on the Colonnades shopping centre, whose value has since crashed. It has just been revealed that the council spent £440,000 paying off their CEO with a golden farewell – far more than the cost of re-opening the pool.  Plus they have ploughed tens of millions into their loss-making and destructive 100% owned developer Brick by Brick. This all underlines the need for a Directly Elected Executive Mayor who will be accountable to residents.

Residents and families across the borough in Kenley, Sanderstead, Purley, Waddon, South Croydon, Selsdon, Coulsdon and beyond rely on the pool. Losing it will deprive residents – including hundreds of school children who use the facility – of an important place for exercise and healthcare.

I have joined the Purley and Riddlesdown councillors' campaign to make the council re-open the pool. I have set up a petition here - https://www.surveymonkey.co.uk/r/SavePurleyPool

Please do fill in the petition, and also please share/forward this to your friends and neighbours in the area, either by email or on social media. If we get enough signatures it will trigger a formal debate at a Council meeting.