Nine young people from across the District made pre-recordings of their performance pieces which were shown to an on-line audience and adjudicators on 24th April 2021.  The standard was exceptional.

The 2021 Rotary District Young Musician competition was kept alive by an on-line event.

Nine young people from across the District made pre-recordings of their performance pieces which were shown to an on-line audience and adjudicators on 24th April 2021.  The standard was exceptional and entrants were supported by Clubs in Mendip, Taunton and Shepton Mallet.

Our experienced adjudicators Barry Rose and David Cheetham gave full feedback to competitors and with some difficult decisions to make, finally agreed the Runner-up and Winner in the two categories of Instrumentalist and Vocal performer.

The winner in the Instrumentalist category was Daisy Hickson who played two pieces on the clarinet which included 'Solo de Concours' by Andre Messager and 'Viktor's Tale' by John Williams. The runner-up, Yuying Fan, playing piano, delighted the audience with, a Sonata by Scarlatti, 'Liebestraum' by Liszt and a lively rendition of 'I got Rhythm' by George Gershwin.

The winner in the Vocalist category was a Queen's College student from Taunton, Amelie Lloyd who sang a selection of pieces including two from musical theatre,'A Trip to the Country' by Bock and Harrick and 'Everything I Know' by Lin Manuel Miranda. The runner up Ellen Steward is no stranger to the competition having performed for a number of years as she has developed her musical career. Ellen from Wells Cathedral School, sang 'O Quante Volte' by Bellini and 'Take, O take those lips away' by Roger Quilter.

A selection of the pieces from all performers can be found HERE.

The Rotary Club of Taunton was delighted that our two sponsored young musicians, Amelie and Ellen were amongst the winners and will, with the others go on to compete in the Regional competition. 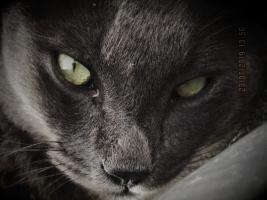 more The achievements of eight remarkable young people have been recognised in the 2021 Pride of Somerset Youth Awards. In an online ceremony released on Somerset Day, 11 May, BBC Radio Somerset’s presenter Claire Carter congratulated the winners.