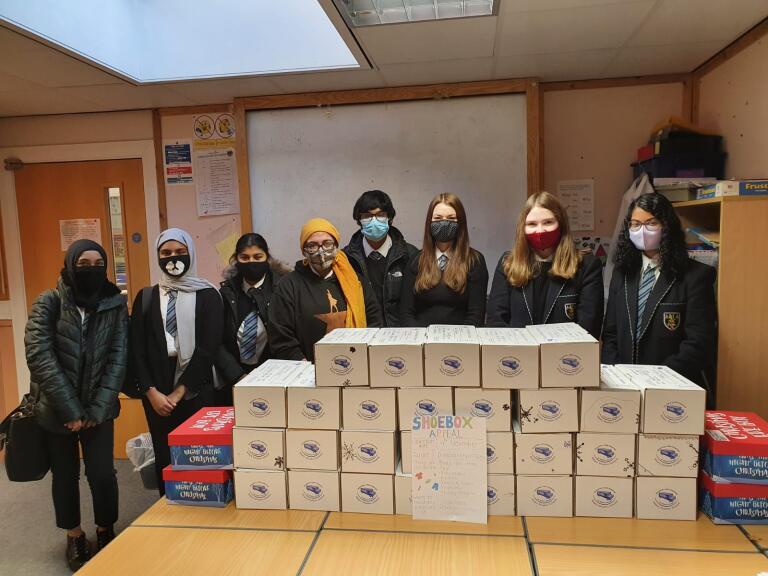 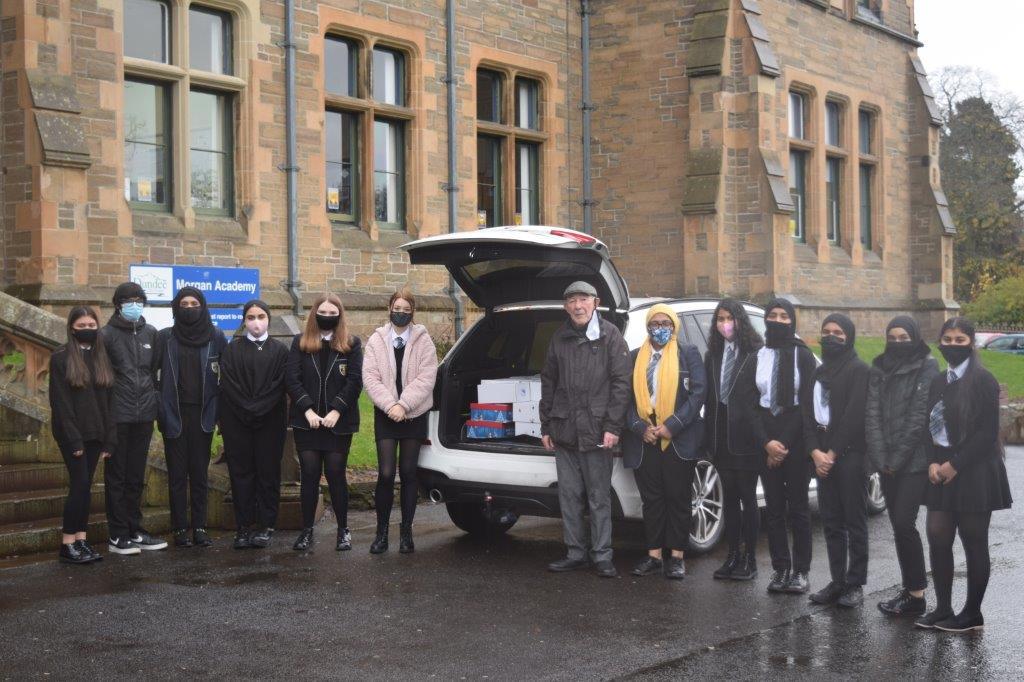 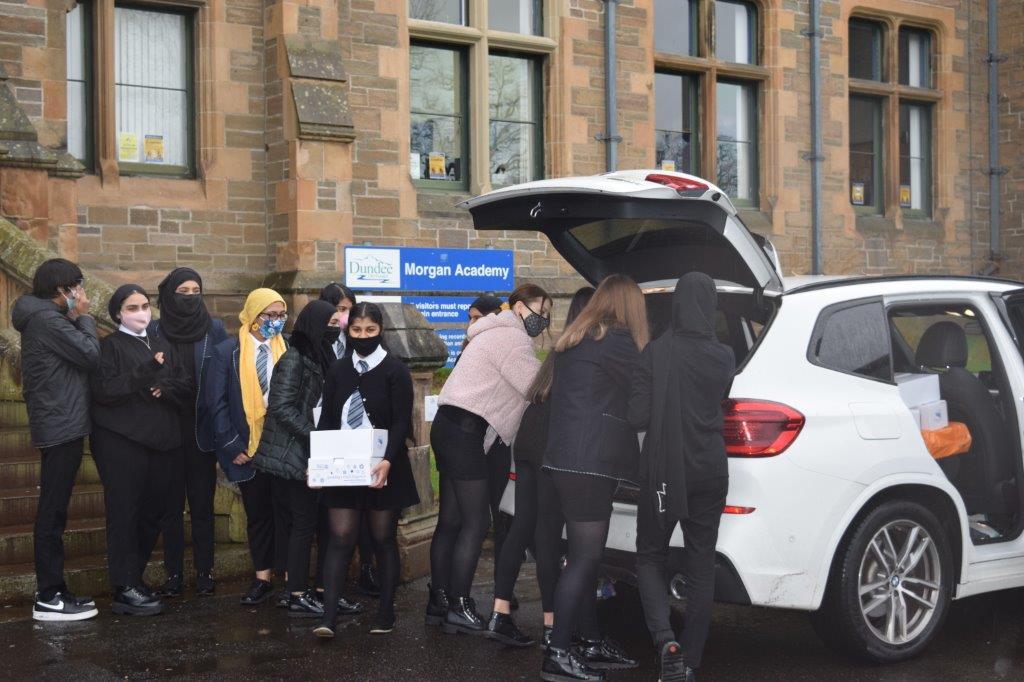 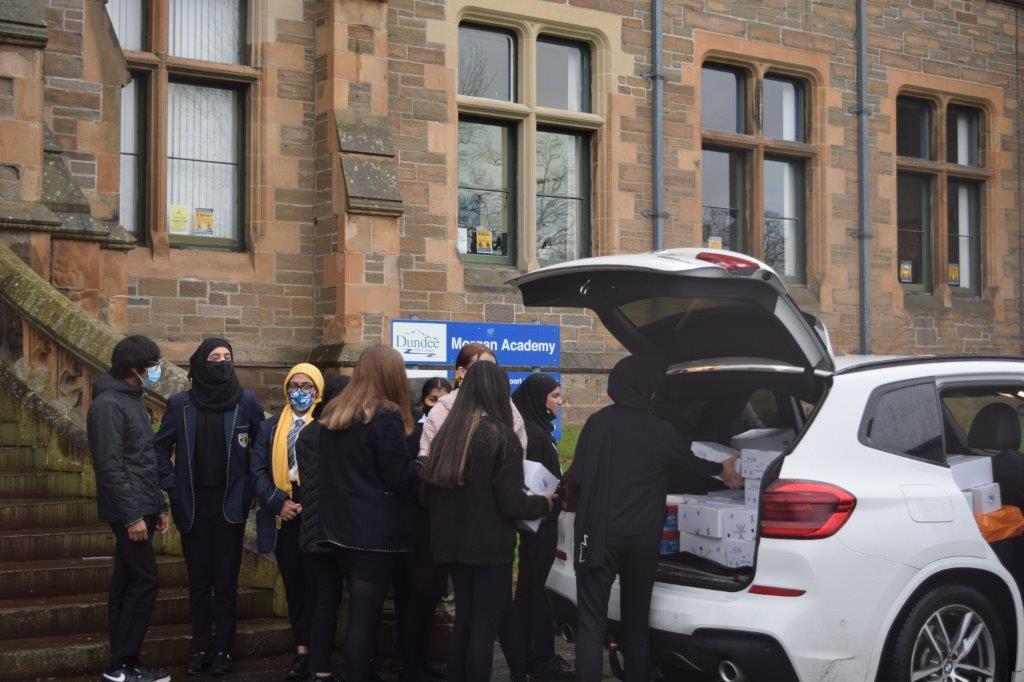 Despite the restrictions imposed by the pandemic, the Rotary Club of Claverhouse coupled up with Morgan Academy Junior Interact to assemble and collect 79 shoeboxes of goodies, destined to head off to destinations in Eastern Europe in late November.

While Morgan Interactors were approaching their nearest and dearest for contributions, Bill Barr’s 6 Rotarian collectors – Bill Barr, Robert Burns, David Herbert, David Logan, Iain.A.Ross and Ian Sturrock, distributed the empties and picked up the full boxes from all around the Club.

Organiser and coordinator, Rotarian Rhona Duncan, was absolutely delighted with the Club response and the valiant efforts of the brilliant Morgan Interactors, coordinated by Rotarian Iain.W.Ross.  She said “In these difficult times, the Claverhouse-Morgan team did a fantastic job, bringing so much joy to so many people in Eastern Europe who otherwise would receive nothing at all at this festive time. Everyone should be proud of what they have achieved so quickly”.

Riyana Tasnim, a Morgan Interactor said” In Junior Interact, we have been going around collecting donations and money for the Shoebox Appeal. We have been making up the shoeboxes, filled with goodies catering to teenagers. The boxes are gender specific so that we know that the children won’t be disappointed when they get them. In total, we made 37 shoeboxes at Morgan Academy and the Junior Interact team has been working hard to complete the job.”

Rotarian Joe Dagen collected the combined total of 79 boxes from Rhona and the Morgan Academy to transport the consignment to the Perth Redistribution Centre where they will be trucked down to national hubs before final distribution to Eastern Europe.

Well done to everyone for such magnificent teamwork!

P.S. If partners or family members profer the usual complaint that they are missing shoeboxes from their wardrobe, shout “Non mea culpa!” as we used our own. So there! 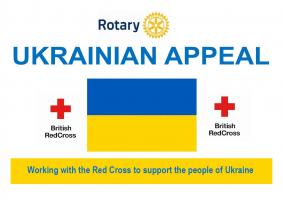 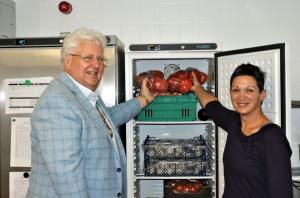 more A fun afternoon out for some local elderly people 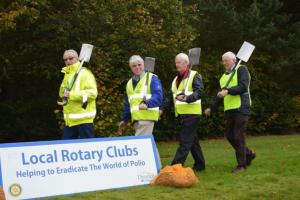 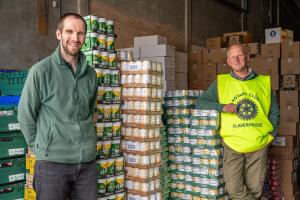