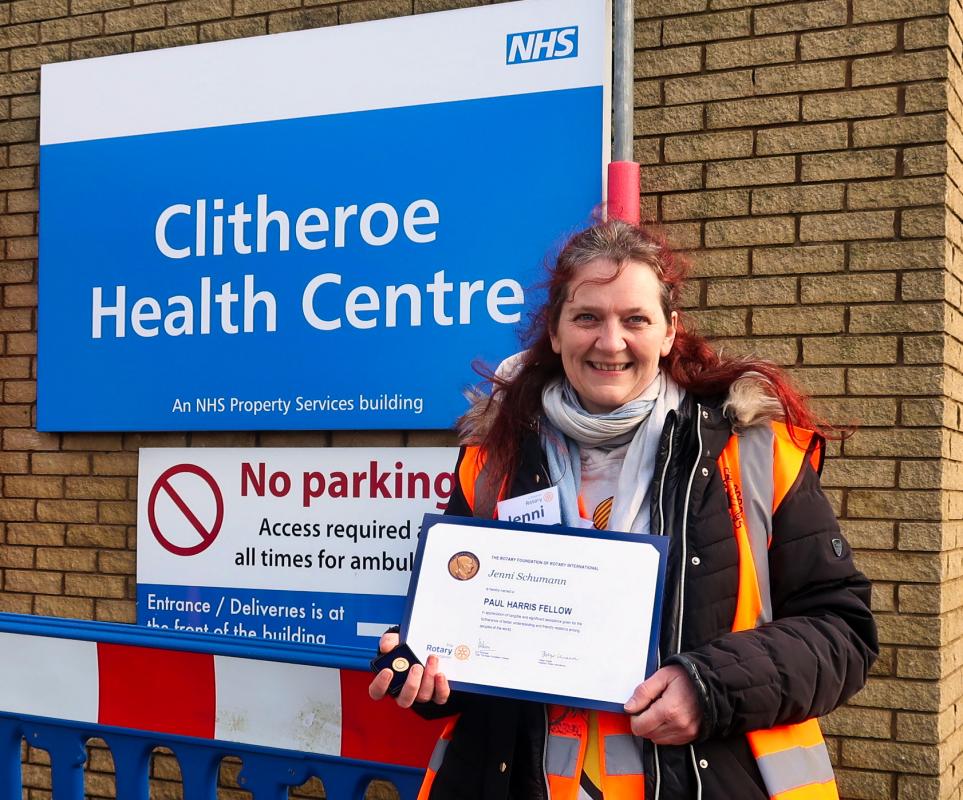 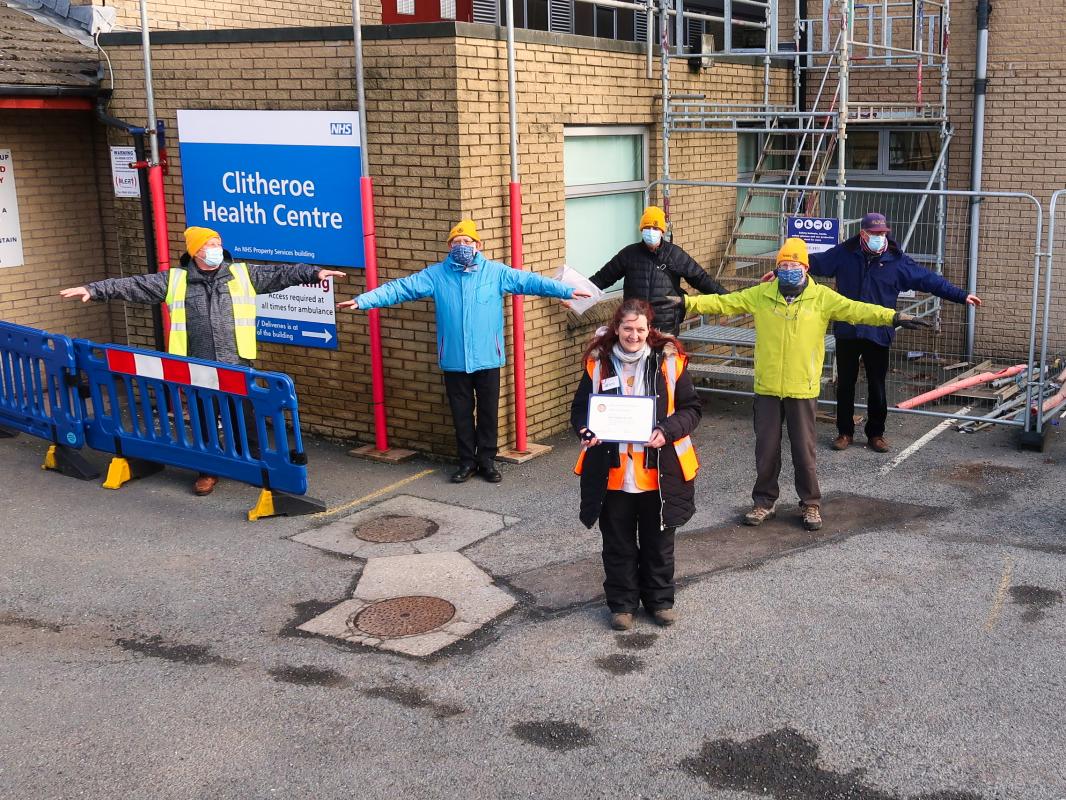 Clitheroe Rotary President Jenni Schumann has so far been ‘on duty’ at Clitheroe Health Centre for every single hour of at least twelve days of vaccination so far - and shows no sign of slowing down! Her hard work was rewarded by her fellow Rotary members this week when she was presented with the prestigious Paul Harris Fellowship award immediately after Monday morning’s shift. Presenting the award, fellow Rotarian Bill Honeywell praised Jenni not only for her exhausting work schedule but for the inspired way in which she has kept the club’s meetings going via ‘Zoom’, ‘visited’ far-flung clubs across the globe, and even persuaded NASA astronaut Mike Foreman to be the Club’s speaker at a recent meeting.  Describing Jenni as the ‘wonderful adhesive keeping the club together’,  Bill said he was privileged to be able to present the award. Jenni, meanwhile, was taken completely by surprise: almost lost for words, she said she was honoured - and further inspired - to accept the award, before getting down to planning another three days shifts for the volunteer marshals.