The world renowned mountaineer Alan Hinkes, who last year joined Penrith Rotary as an honorary member, has now been selected as the new Patron of Mountain Rescue Search Dogs England. 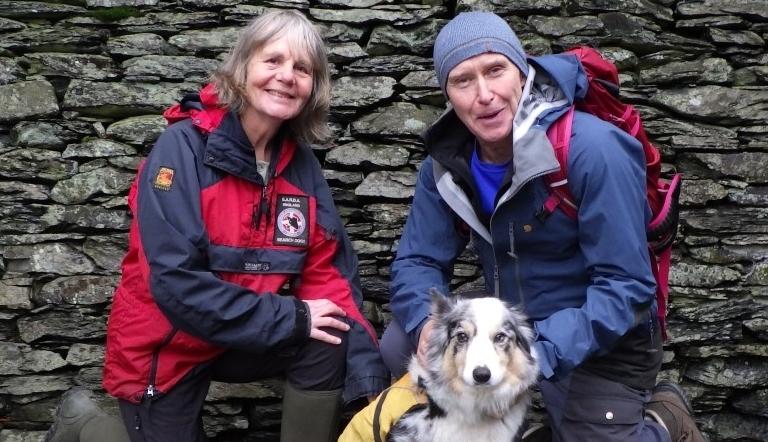 The world renowned mountaineer Alan Hinkes, who last year joined Penrith Rotary as an honorary member, has now been selected as the new Patron of MRSDE. His appointment follows the sad death of their previous Patron and founder of MRSDE Hamish MacInnes.

Alan was absolutely delighted to accept this prestigious appointment and commented that “I'm flattered and honoured to have been asked to take on this role especially as I will be following on from Hamish MacInnes who was a real legend”.

The Search and Rescue Dog Association was formed in Scotland in 1965 by Hamish MacInnes, team leader of the Glencoe Mountain Rescue team at the time. He had attended an International Red Cross Search Dog course in Switzerland where they were training and assessing avalanche search dogs.

Hamish saw the potential for using dogs to search for lost walkers and climbers within the UK and on his return to the UK He started training his two German Shepherd dogs for this role.

These very special dogs are a valuable part of search & rescue, they are very important for finding casualties in any type of terrain, especially in remote locations. These dogs are highly trained to efficiently and quickly locate missing people or casualties, which can mean saving a life.

Alan has been working with MRSDE for several years both as an ambassador, from 2017, and as a “dogsbody”. “Dogsbodies” help to train the dogs to search by hiding in the Fells, or other remote areas such as forests. The dogs are then allowed to search and find them just as they would with a real casualty. When the dog makes the “find” the “dogsbody” will have it’s favourite toy which is the reward for the find.

Alan is an accomplished Himalayan mountaineer. Based largely in Cumbria he still enjoys rock climbing and walking in the Lakeland fells and also in his native Yorkshire. He was the first Briton to climb all fourteen 8000 metre peaks including Everest & K2.