True Heroes of the Sea - David Hastings - Thursday 1 April 2021 @ 19.45 for chat 19.00 meeting Uplifting stories of RNLI lifeboat people, lifeboats and rescues at sea over the past 200 years 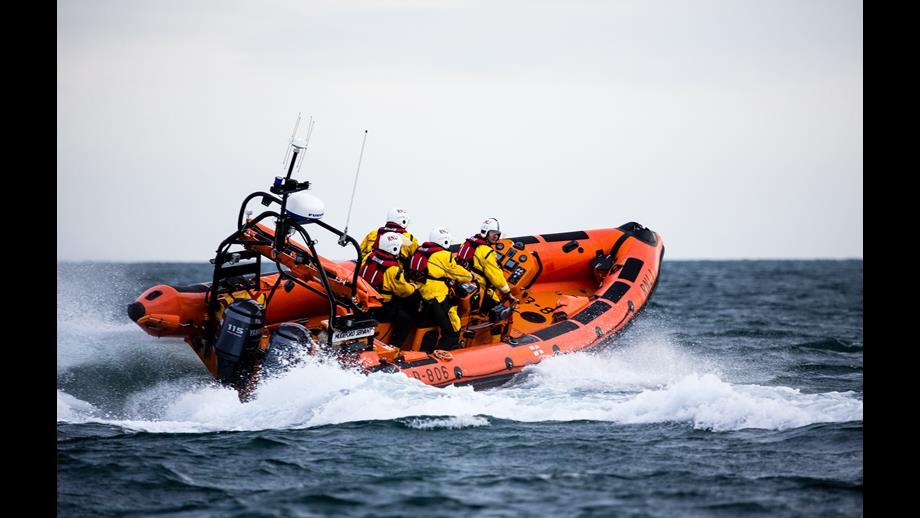 TRUE HEROES OF THE SEA

An advantage of a Zoom meeting is the ability to have a speaker who lives at a distance. On Thursday, Club members were very pleased to welcome David Hastings, Honorary Secretary of the Durham Branch of the Royal National Lifeboat Association (RNLI).  David has been a long-term fundraiser for the RNLI (possibly influenced by having been rescued twice in the course of his nautical career).  In the last 19 years David has organized 500 activities, raising some £360,000.  David’s talk, titled ‘True Heroes of the Sea’, traced the origin and development of lifeboats, and included information on a selection of rescues undertaken by lifeboat crews.

It was, he said, the tragic loss of life from a ship wrecked in the Tyne in 1789 that led to the commissioning of a design for a lifeboat able to undertake rescues in extreme weather. The resulting design took its inspiration from the first unsinkable boat created by Lionel Lukin in 1785.   The outcome was the first purpose-built lifeboat that became known as ‘the Original’.  It was this design that became the standard pattern of lifeboats for the next 40 years. Of these, the Zetland is the sole survivor, now preserved in Redcar.

Following the establishment in 1824 of a national service dedicated to saving life at sea (to become the RNLI), the rescue of survivors from a shipwreck near the Longstone lighthouse by Grace Darling and her father in 1838 established them as national celebrities, and focused public attention on the need for a rescue service.  David related a number of stories of amazing endeavour and courage by lifeboat crews.  Few were more extraordinary than the efforts of the Whitby lifeboat crew in 1881. When its usual launching place proved unsuitable, 200 men with 18 horses dragged the lifeboat for six miles through seven foot snowdrifts to a suitable launching point at Robin Hood’s Bay.  In terms of sheer numbers rescued, David reported that the rescue in 1907 by four lifeboats of 456 passengers and crew from the liner SS Suevic aground near Lizard Point remains a record to this day.

Of individual lifeboatmen, David highlighted the remarkable career of Cromer coxswain Henry Blogg who, after 53 years as a lifeboatman retired in 1947, having saved 873 lives.  He was awarded numerous medals for bravery, becoming the most decorated lifeboatman in the RNLI’s history.

However, as David reminded us, the dangers encountered by lifeboatmen in gale force winds and mountainous seas have unfortunately led to deaths.  For example, in 1962 nine lives were lost when the Seaham lifeboat capsized. Many will also remember the eight crew of the Penlee lifeboat who lost their lives just before Christmas 1981 as they attempted a rescue.  These incidents serve to emphasise the courage of those in the RNLI who regularly risk their lives to save others.

Gordon Robb thanked David for such a wide-ranging, interesting and informative talk.