Optimism over the future direction of the UK economy helped push the FTSE higher to close 86 points up at 6,589.79 on Friday. 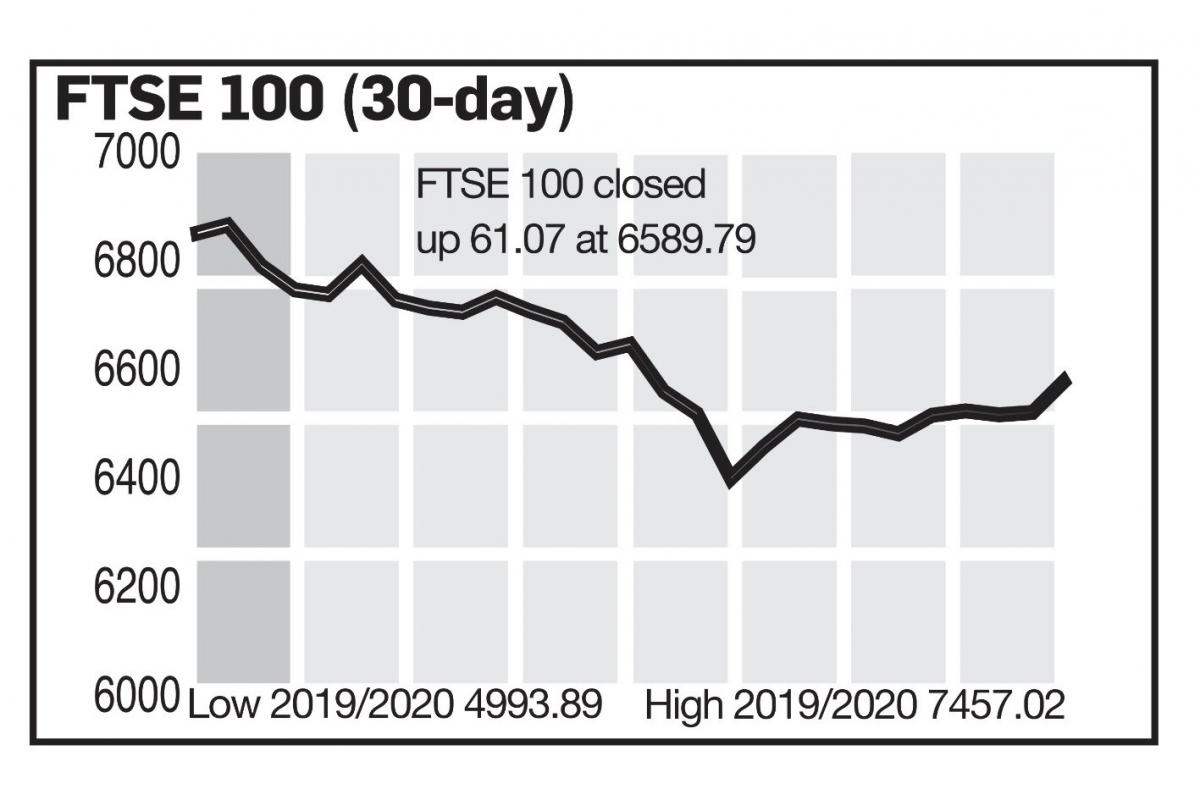 The markets are dominated by vaccine reports and the rollercoaster news that it brings. The UK’s R value dropped below one for the first time since last July, and the UK government confirming they will consider an easily of lockdown on February 22, the FTSE responded positively.

Other factors affecting prices were the value of the pound up against the US dollar and the Euro, and an increase in the price of Brent crude oil.

With most of our entrants having a stake in AstraZeneca news that it is focusing efforts on adapting its Covid-19 vaccine to new strains of the disease coupled with revealing annual profits more than doubled is a good sign for its future growth. The news caused the share’s value to rise 2.7% this week.

The market movements created a bit of a stir with our competitors placings but despite losing £250 on the week Ogg of Echt remains our leader up £3390 since 1st February. West Fife members occupy the next five places and then Chris Kelly whose portfolio rose almost £3000 in the last week to lift him into seventh place.

AnniBanani moved up a whopping 42 places, Zona Paton up 36 places and Jennifer Grieve up 30. In contrast Jennifer Riddell lost 56 places, Captain Slow 52 and Ian Grieve 47 places. Collette Campbell registered the greatest loss of the week at £1471 down.

Dougal the Cockapoo moved off the foot of our table with a £2285 gain on the week leaving McTart holding everyone up and Calum Todd in second bottom place.

It remains a very difficult market to predict but well done to the 90 of our 115 entrants who are currently ahead.