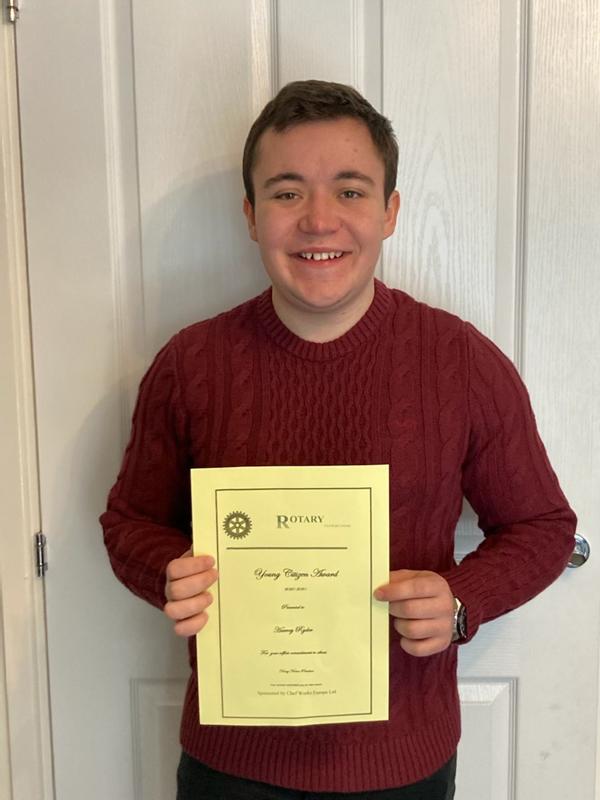 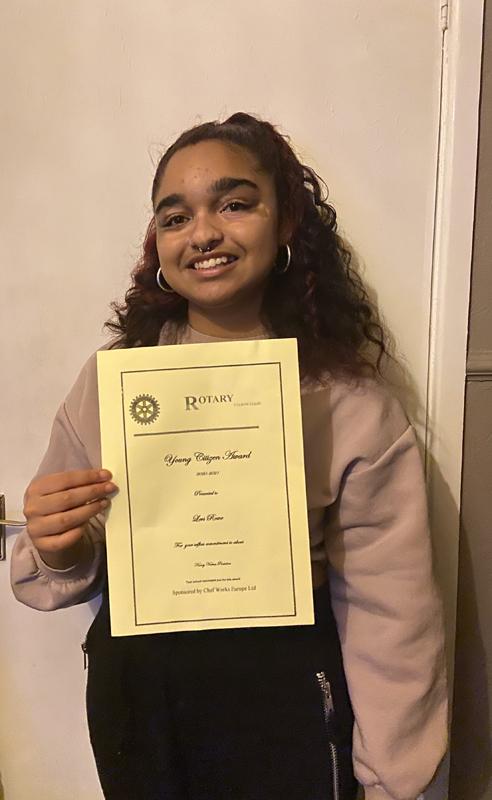 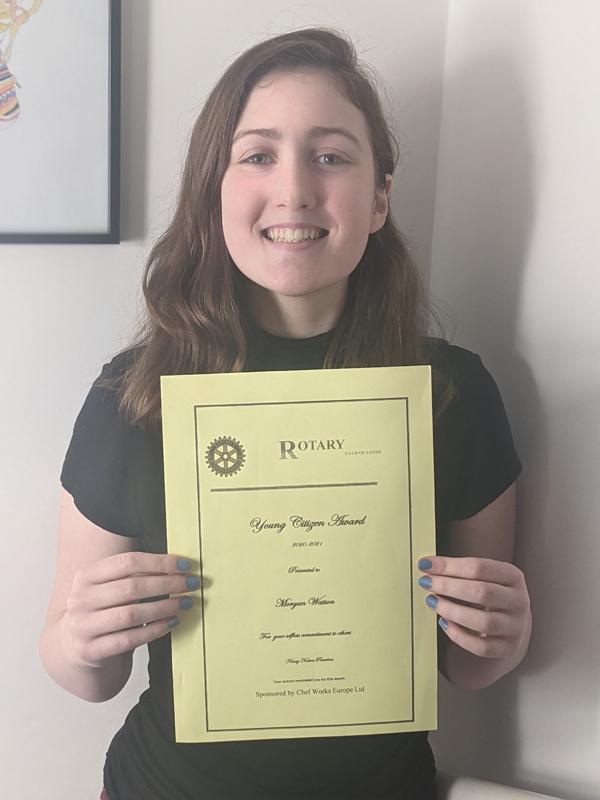 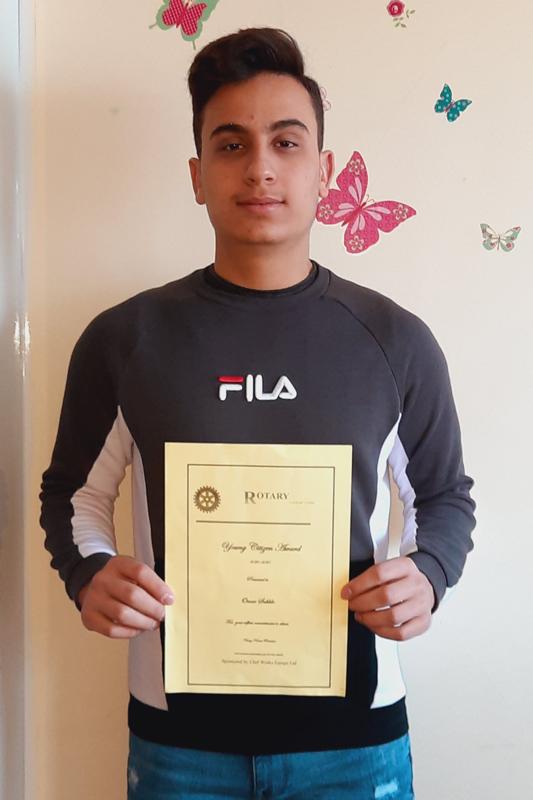 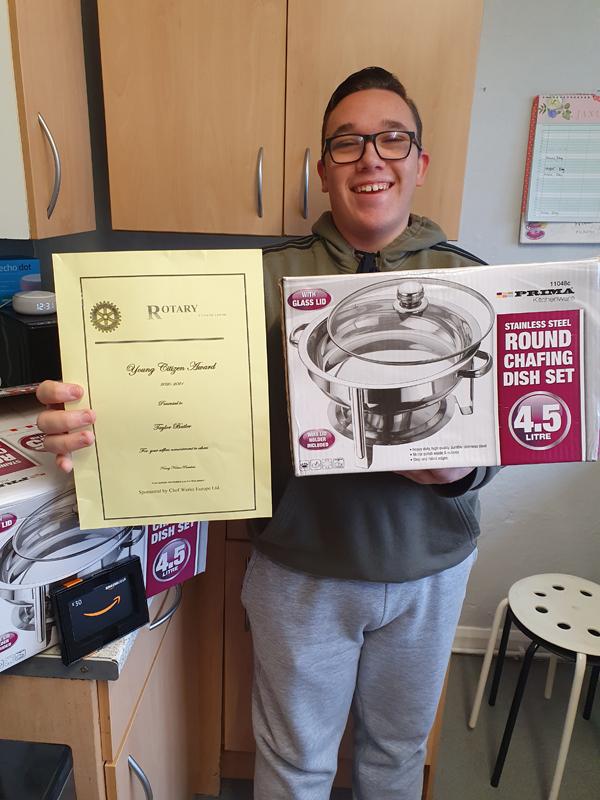 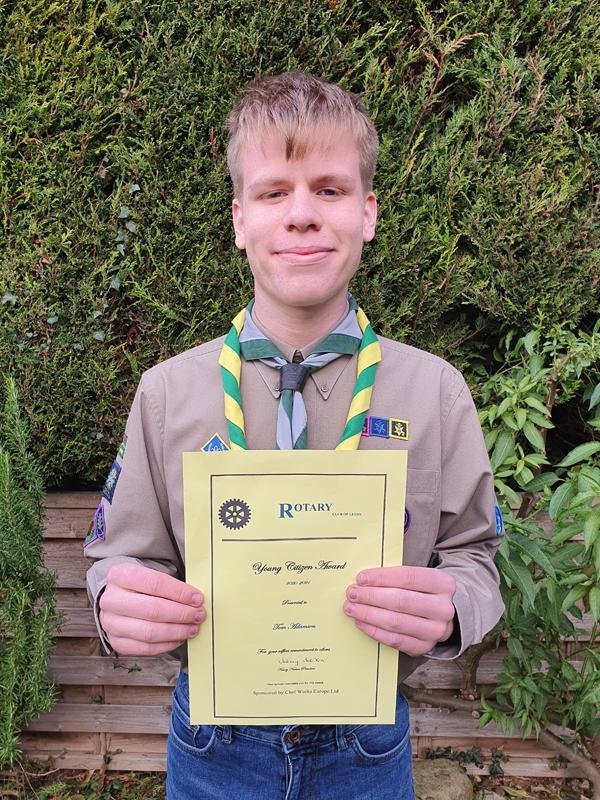 The Lord Mayor of Leeds, Cllr  Eileen Taylor, gave her thanks and congratulations on  Monday, 22nd February on Zoom, to 14 young people ranging in age from 13 – 20 from schools, colleges, academies  and youth organisations, who had all been shining examples of how young people can help and support their families, schools, and communities.

The Leeds Rotary Club presented Young Citizen Awards on Zoom this year and the awardees were posted their certificates and Amazon vouchers of £30 donated by our sponsor, Chef Works Europe Ltd. In previous years they would have been presented by the Lord Mayor in the Civic Hall.

It was wonderful to see the videos the awardees had prepared. The audience were amazed by the array of activities in which the youngsters were involved, in addition to all their schoolwork and home learning.

Taylor Butler, 19, from Leeds City College, had overcome his autism disability and actively supported the homeless of Leeds with Christmas parcels and food, specially prepared on his Food Production course at college.

Levi Rowe, 17, from Leeds City College, was a Covid Ambassador working to dispel conspiracy myths about vaccination in BME communities.

Harvey Ryder of UTC (University Technical College) had led a group of 6 students to engineer face shields using the college printers and provided 2500 face shields to Leeds General Infirmary and other health centres, raising £3000 in donations to support this work.

Omar Saklhe from Leeds City Academy and a Syrian refugee had survived considerable hardship and shown himself to be a shining example of a resilient, grateful, hardworking, helpful and courageous young student, a wonderful role model for his peers.

Catherine Harrison, 13,  Levi Rowe, 17, from Leeds City College and Indie Stevenson, 15, from Abbey Grange Academy had all suffered close bereavements and been inspired to go on to help others.

Eva Davies, 16, from Leeds City College is passionate about promoting opportunities for young women in music and has run discussion panels and celebrations.

Catherine Harrison, 13, and Jemima Browning, 20, have always helped their younger siblings with Down’s syndrome, and Jemima went on to set up a swimming club for older teenagers with disabilities, who are now going on to compete in the Paralympics. Jemima and her brother are ambassadors for the Paralympics.

Thomas Goodall, 14, from Temple Moor High School, spends hours working for the Firefighters Charity and is an enthusiastic fundraiser in a range of charities. Last year Tom donated £650 towards a defibrillator for Temple Moor. Churches also benefit from the active support physically and online from Catherine Harrison, Dominic Edwards and Indie Stevenson.

Morgan Watson, 15, from Leeds West Academy worked with key staff at her school and set up homework and revision clubs to help her fellow students.

Patrik Hudi, 17, is an Activity Worker for CATCH (Community Action to Achieve Hope) and has given 430 hours of volunteering in the past two years alone to help young people in the community. 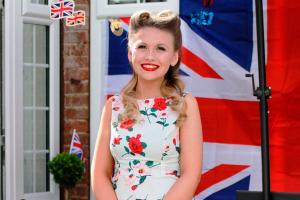 more Rotary Leeds makes awards to outstanding young people from schools and youth organisations in the district who give exceptional service to their community.

back We offer a number of schemes to develop and celebrate the achievements of young people.