Outdoor gym equipment is to be installed in Victoria park with support from Rotary and AC Lloyd Homes.

Alistair Clark, managing drector of AC Lloyd Homes, said he was happy to support the club's idea and agreed the company would pay the remaining £20,000 for the project. The outdoor gym equipment will be installed near the skate board park as soon as possible.

We believe that young people are our future and we offer a range of opportunities that will help them build on their strengths and gain self-confidence.

Sell your unwanted gifts or clutter on our Charity eBay site and help us raise money for our Rotary Charities. Open the page to find out how? 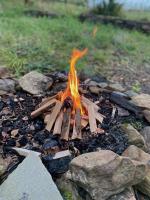 Joining Royal Leamington Spa Rotary will give you the platform to make a difference through volunteering. If you’ve got a cause you’re passionate about, or a project you want to get off the ground, Rotary is the place to turn your ideas into action.

Our Work with Rotary Foundation

Apart from all the local and international work that Rotary does, Rotary has set up its own charitable Foundation that has spent more than $4 billion on life-changing, sustainable projects since it was founded more than 100 years ago.

Outdoor gym equipment is to be installed in Victoria park with support from Rotary and AC Lloyd Homes.

We are holding Cars at the Spa on 26th September 2021. Please also plan for June 2022 with a commonwealth theme.

Our Work in the Community

Our work in the community