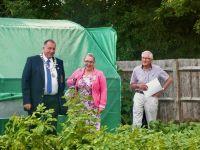 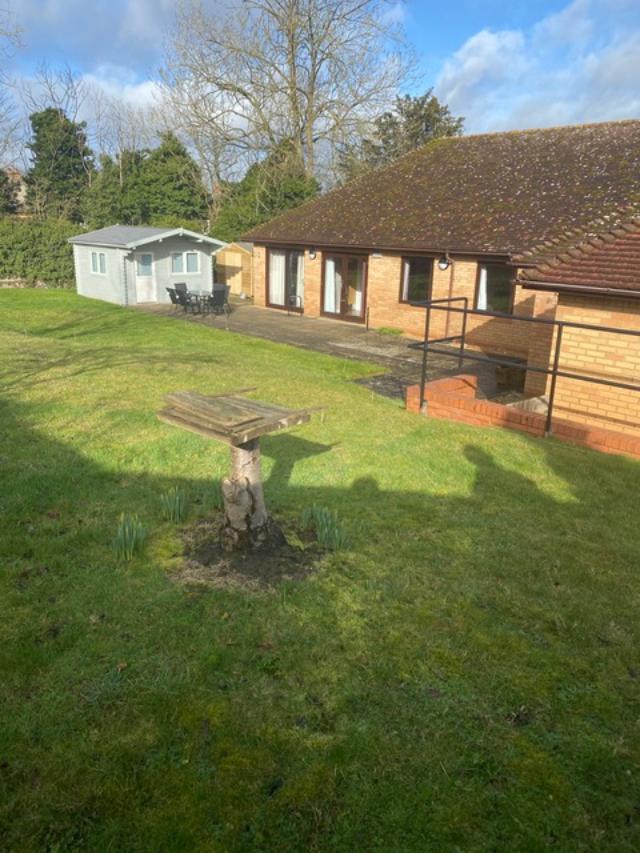 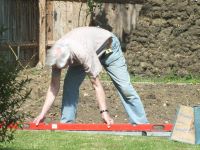 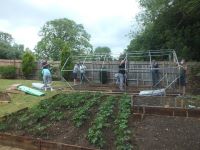 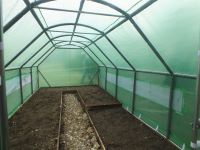 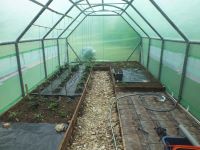 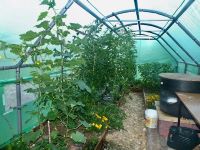 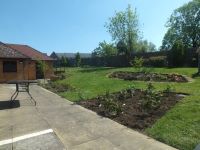 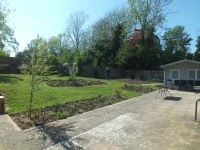 The Martins is a pleasant modern building which has been taken over by the Northamptonshire Health Foundation Trust as a respite home for adults suffering crisis situations which impacts on their mental health, or where they are in crisis as a result of deteriorating mental health

These countrywide resources provide a homely environment in a non-hospital setting staffed by support workers who adopt a collaborative and solution focused approach to supporting service users in the management of their current crisis.  The Martins in Rushden has six beds.

Our member, John Walker, is also a public governor for the nhft and when he first saw the building it had a very "basic" lawned back garden but John saw it has having the potential to become both a pleasant, relaxing place for the residents and also a practical area which could provide therapeutic advantages for them.

With funds provided by the club he undertook to provide raised beds for vegetables and flowers.  The icing on the cake came with the provision of a 20-foot polytunnel donated by local renewable energy business, Wykes Engineering, a corporate member of the Rotary Club.

The heavy work involved in the project was done by residents of the Recovery House in Rushden (men in recovery from addiction) who cleared the land, set up the raised beds and planted fruit trees.  Other helpers assisted with the erecting of the polytunnel, but the vast majority of the project was completed on his own by John Walker.

When the lockdown came, John continued to work solo and he does say that this project was the saving of his own sanity during this time.  The only help he accepted was from his wife and a socially distanced engineering friend who supervised him with the erection of the polytunnel in early June.  The completed project will provide fresh fruit and vegetables for the home in the autumn with an abundance of tomatoes from the polytunnel.

more We give our support.

more Headway East Northants is a charitable organisation based in Irthlingborough, providing support and services to survivors of brain injury, and also their family members and carers.

more Rotary has now partnered with Carers UK to raise awareness of the support available to unpaid carers from Carers UK.

back Rotary projects engage communities and make a difference