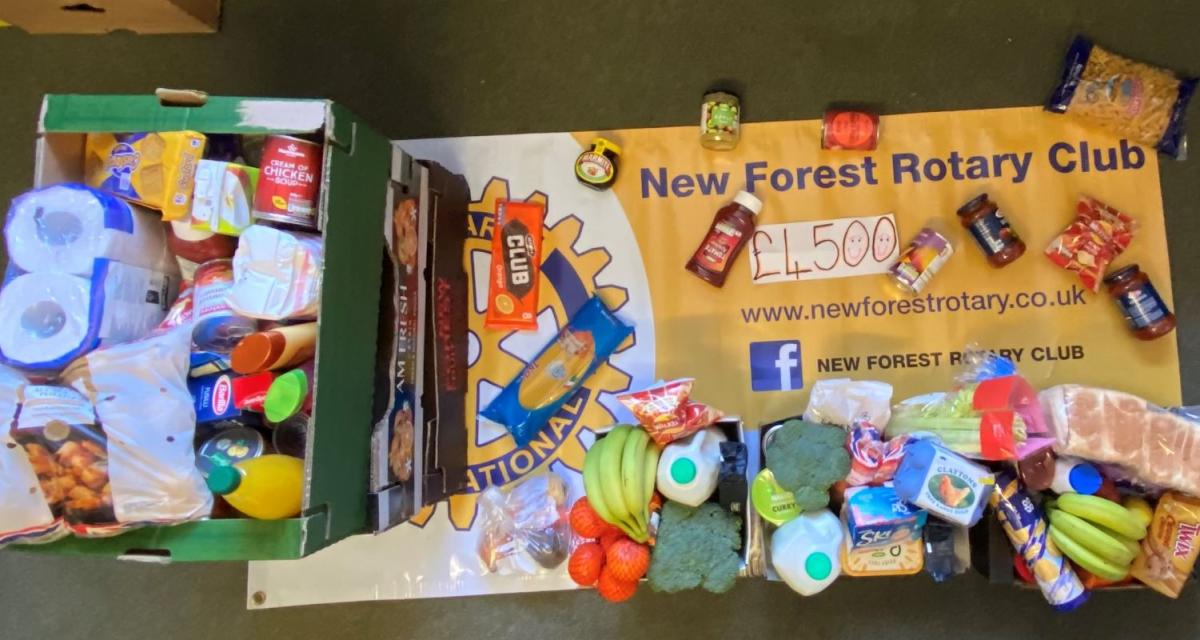 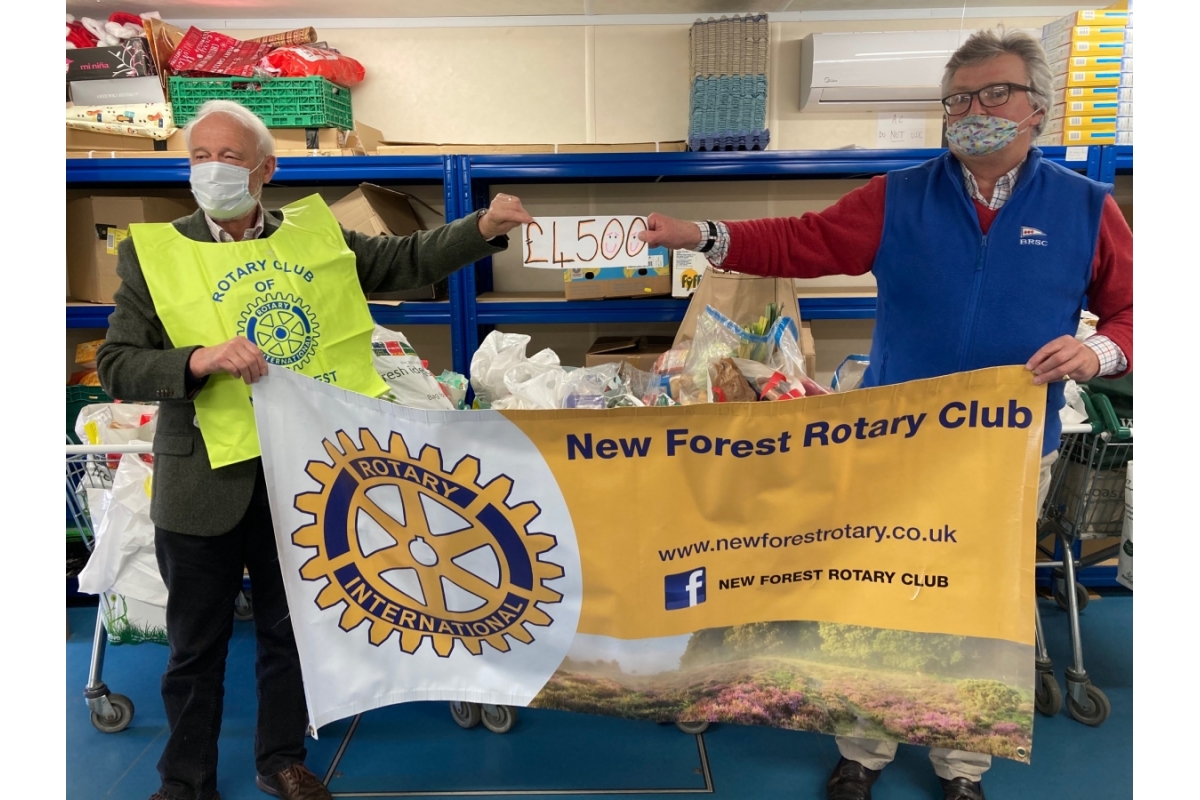 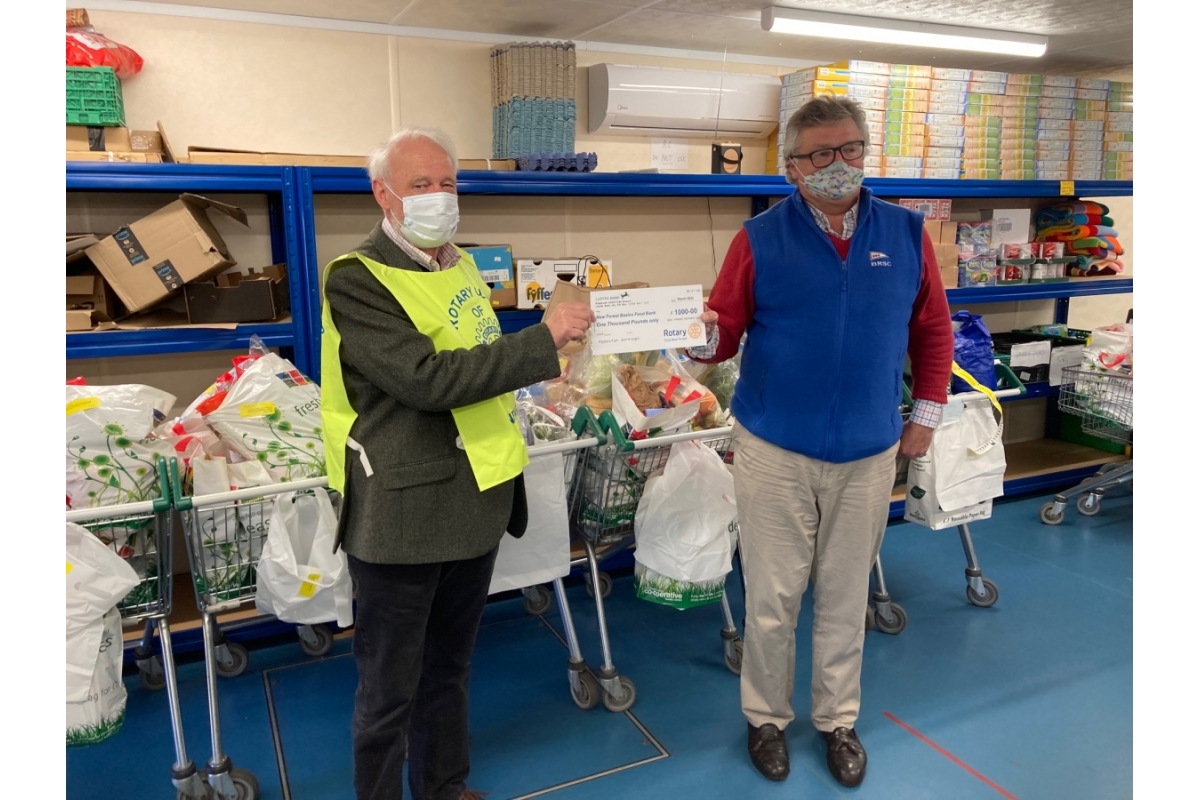 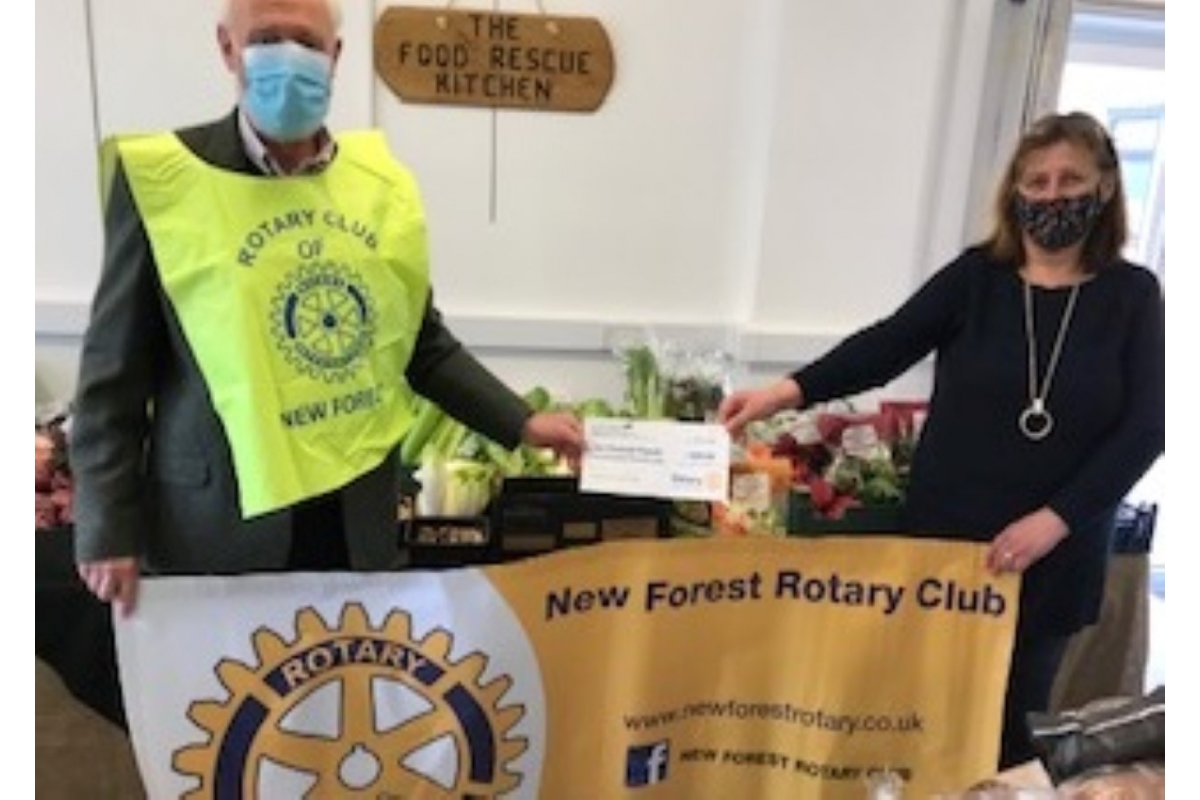 In Brockenhurst. Run by Jane Overall . 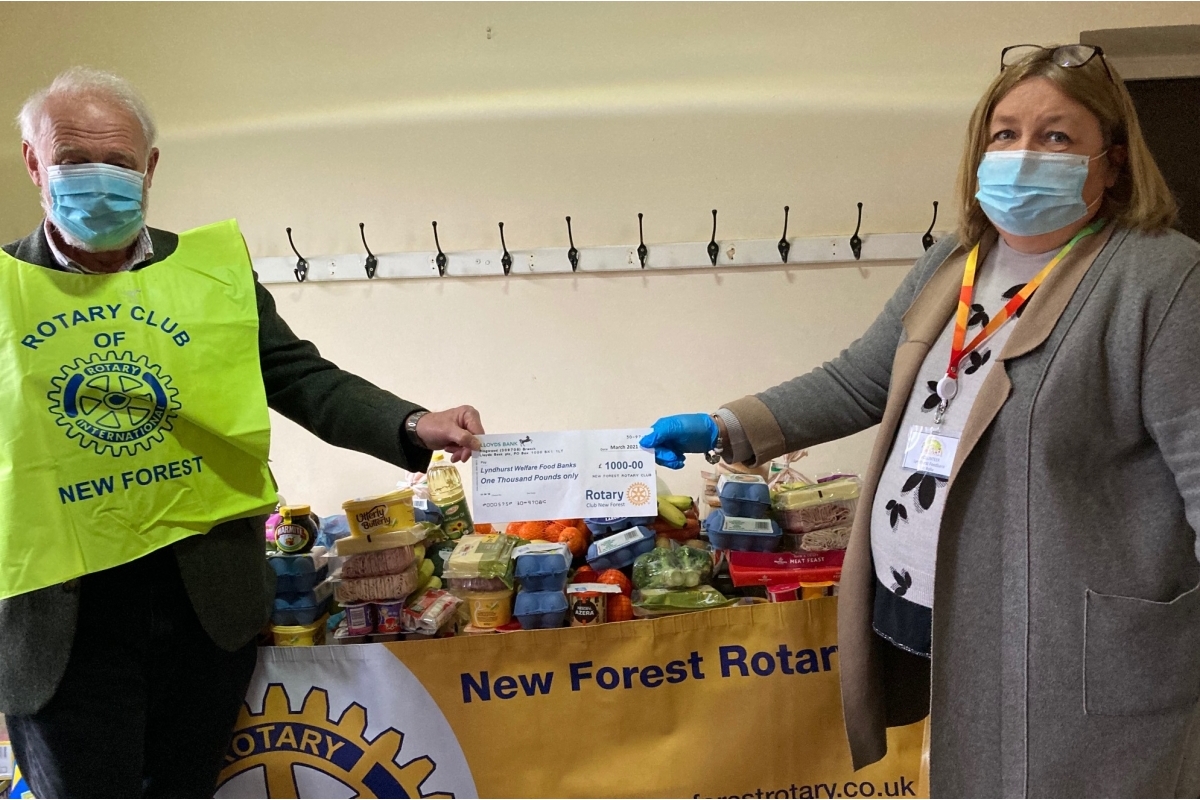 President Steve presents a cheque to Jo Rolle, Trustee and Manager of the Lyndhurst Welfare Charity. 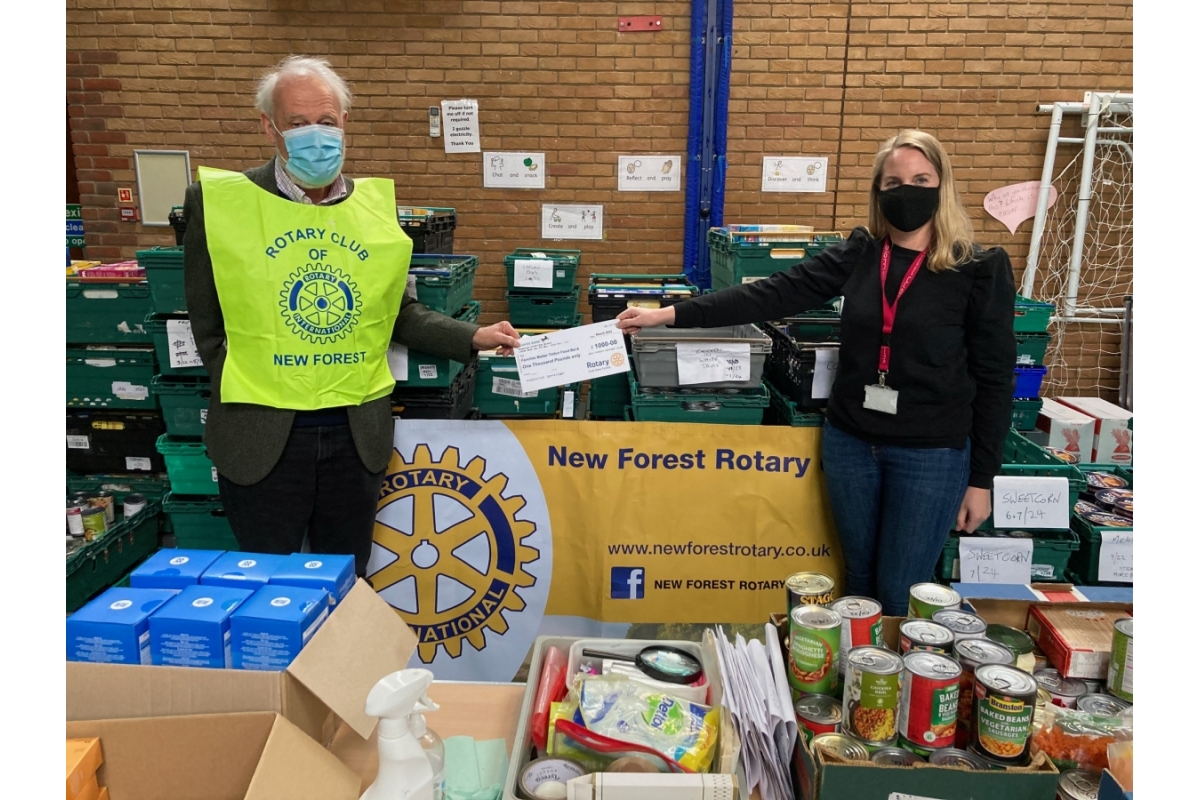 Cheque presentation by President Steve to Carolyn at Youth and Family Matters. 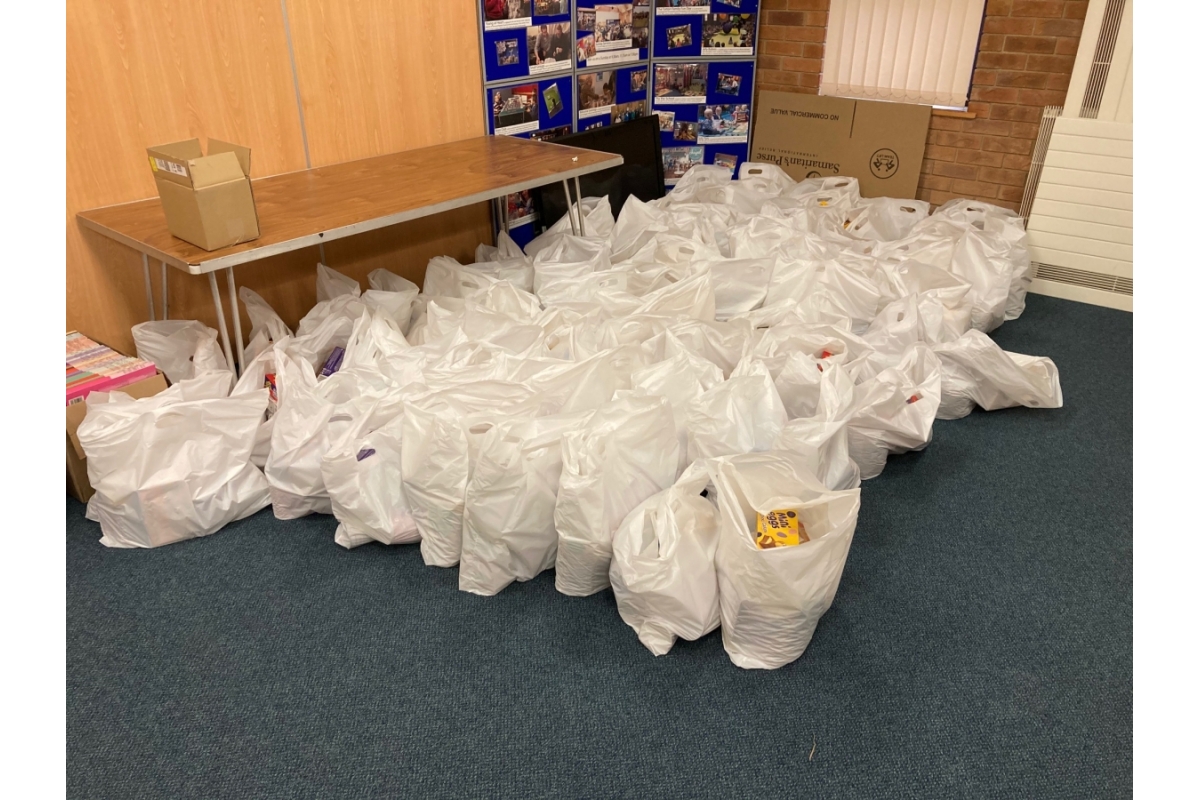 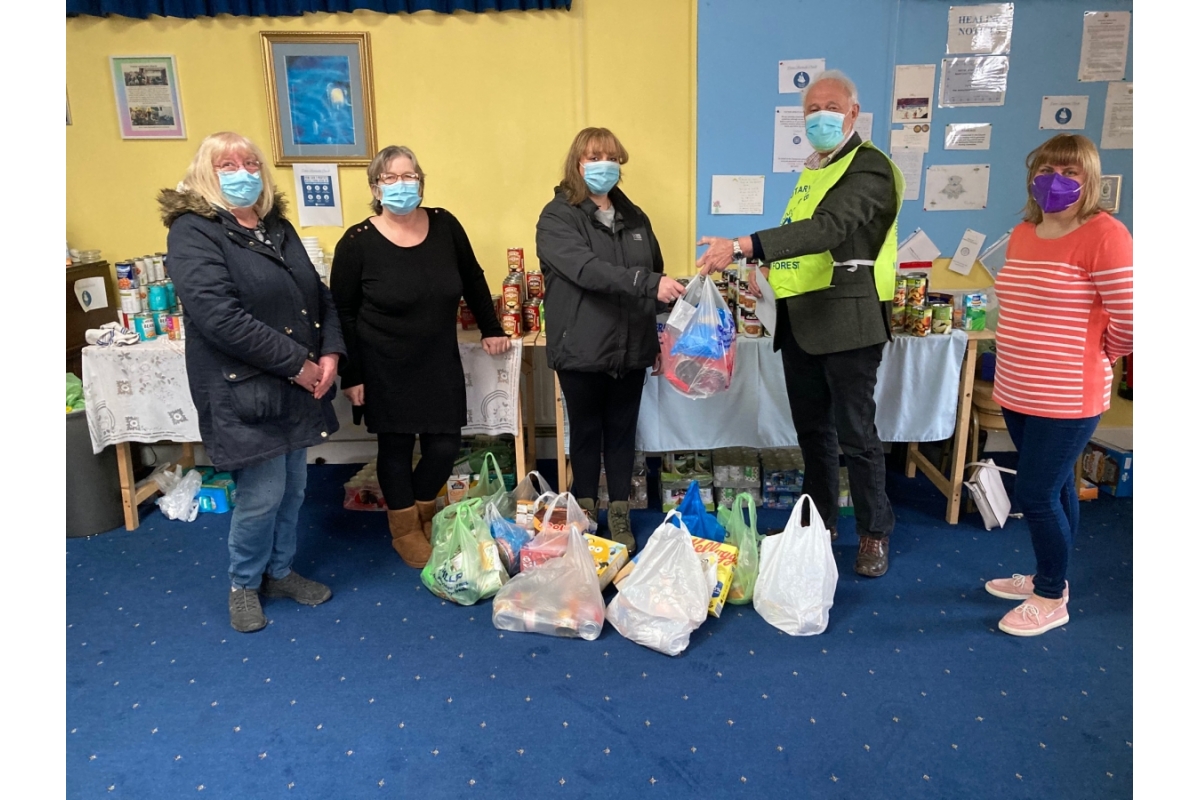 Handover with members of the Church

President Steve at the Spiritualist Church 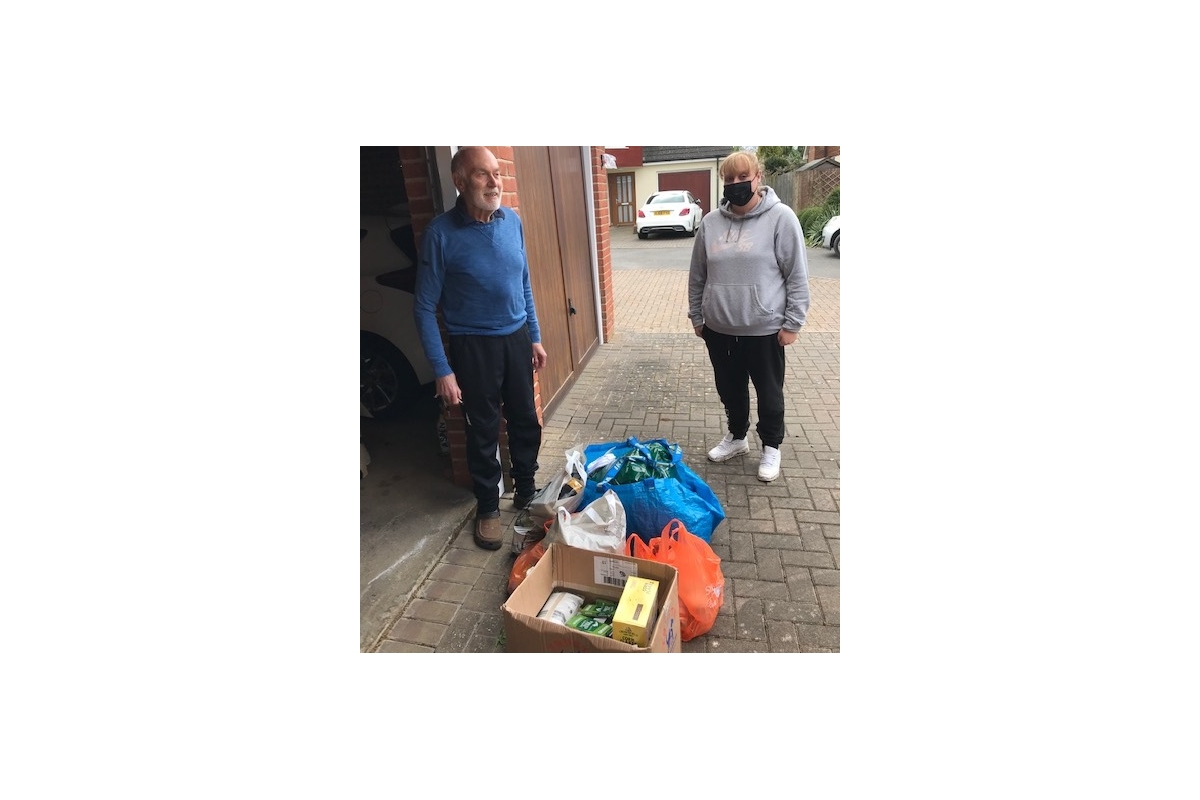 Clive handing over some extra supplies to the Spiritualist Church

Report by Tony Roe, Vice President.
ROTARY PUTS ON THE POUNDS AT THE FOOD BANKS WITH £4,500

New Forest Rotary Club has done it again! It has donated a further £4,500 to five local charity food banks taking the total so far to £9,750. The money recently raised came from a Zoom evening with Dan Snow and the Rosemary Timms Memorial Fund - Rosemary was the club President Steve’s wife who died just before Christmas - Mr Timms said “This was a cause close to her heart and she was fully involved with me visiting and encouraging the food banks”.

Commenting on their donation Oli Stanley, Chairman New Forest Basics, said he was overwhelmed by the club’s generosity and that the £1,000 they received would help 40 families.

They have since last May provided nearly 4000 parcels of basic foodstuffs each equivalent to a full supermarket trolley with an average retail value of £80. Two chiller vans cover two localities for those without transport- a third van is to be added shortly.

The Spiritualist Church in Totton has mounted an Easter egg appeal-they want to be able to give two each to the 86 children they are supporting - donations through Rotary will help this.

All the food banks run by volunteers are supported by generous donations of foodstuffs from supermarkets, shops, the public and Rotary. The rising need for food banks will continue throughout lockdown and beyond as people who have limited or no State support perhaps furloughed, lost their jobs or are self-employed start to pick up their lives-many will need this help for the foreseeable future.

The club will continue to raise funds despite being unable to organise events in the community until at least the end of June. A further Zoom evening is being planned with a headline speaker.

Donations can also be made at www.newforestrotary.co.ukjust scroll to the ‘donate’ button-mention either foodbanks or Easter eggs.