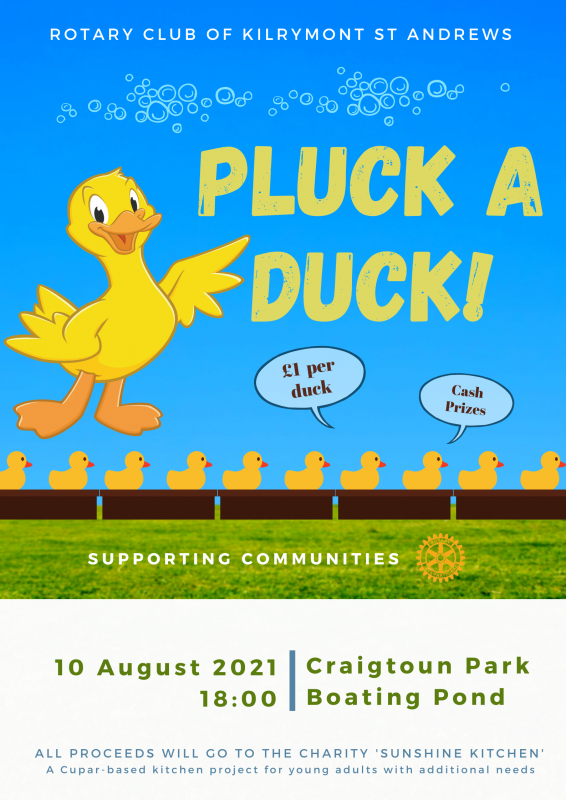 Ready to catch the winners 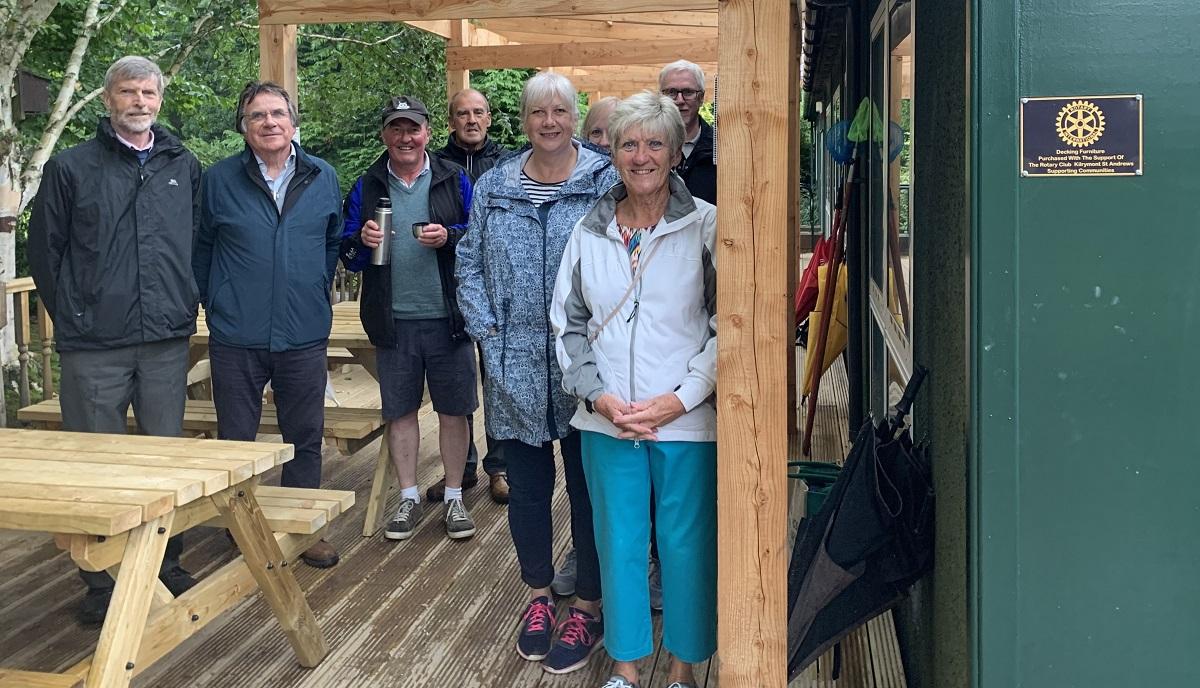 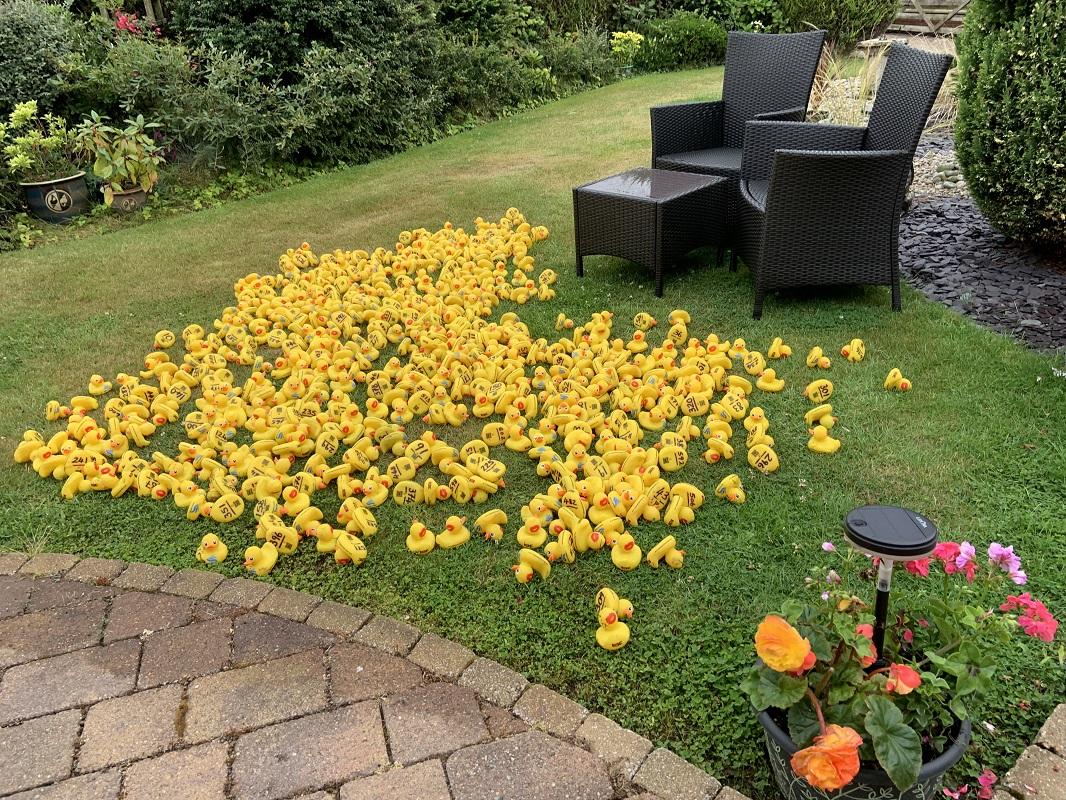 Bathed and resting until next year

It was indeed lovely weather for ducks as the heavens opened at Craigtoun Park just as Kilrymont St Andrews Rotary Club held its Pluck-a-Duck event this week.
About 600 yellow plastic ducks took to the water at the Dutch Village pond and Craigtoun staff members Paul, Jake and Elliot fished out five prize-winners.
Duck 348 earned Willie Tait, St Andrews, the first prize of £50. Forbes Lockhart took second prize of £20 and the three third prize winners were James Allison, London; Lorraine Hopper, St Andrews; and Elliot Reid, from England.
Kilrymont president Mike Dow thanked the Craigtoun staff and also organisers Irene Walker, Marilyn Rowan-Rhind and Forbes Lockhart.
Sunshine Kitchen use a catering facility to make baked goods and other food products which are sold at local markets and events. They also offer a catering service and supply local cafes.
The wet weather put paid to a planned evening picnic by Rotary members and friends some of whom still visited the new outdoor area at the Craigtoun cafe which was partly funded with £1000 donation from the Kilrymont club.
The event has raised £500 for Cupar-based Sunshine Kitchen, a charity which provides a kitchen project for young adults with additional needs who require support to be part of a working environment.