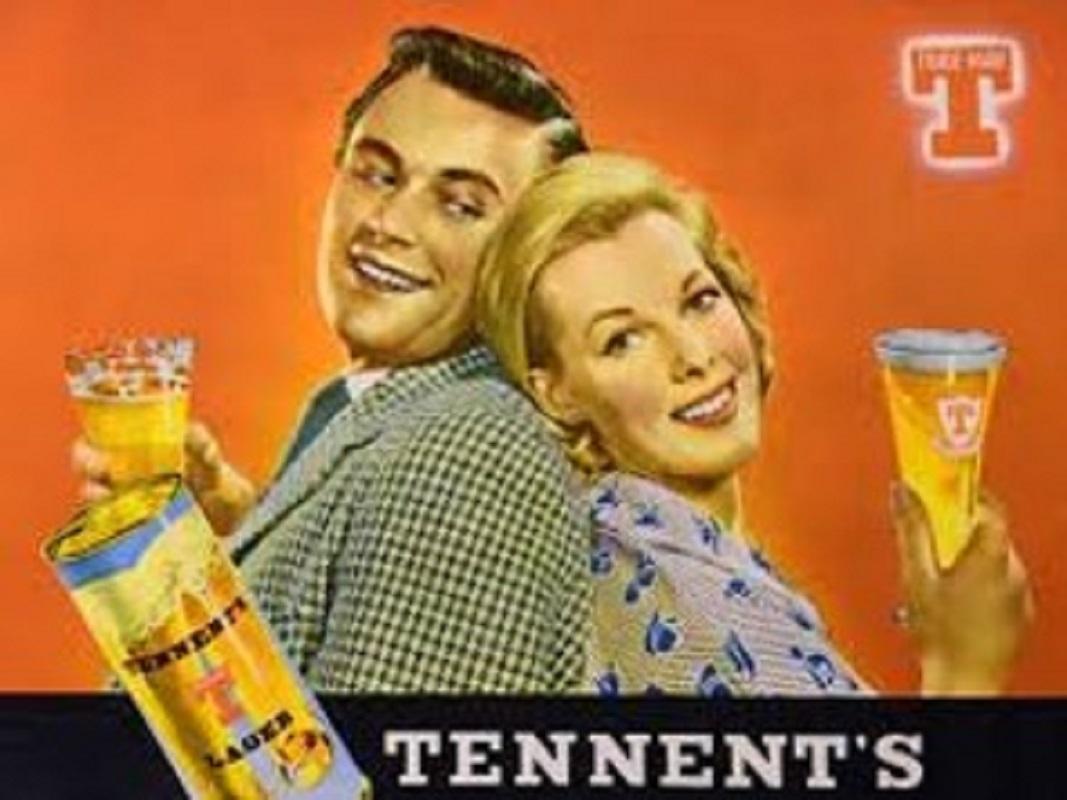 In introducing Will Aitken, the evening’s speaker, President Mike Dow intimated that Will would talk on a subject close to his heart – and to his liver…….his family connection with beer cans.

Much to the surprise of all present, Will announced that his father and his father’s best friend Bob Marshall had been instrumental in creating a legend – the Tennents Lager beer can “Lager Lovelies”.

Will had been born and brought up in Dennistoun, Glasgow, where his father was originally works manager at the Tennents Lager Wellpark Brewery in Duke Street.

This brought raised eyebrows from at least three of the assembled company who had connections with that part of the world – especially one who had been born in Duke Street Hospital, immediately adjacent to the brewery.

It turned out that around the 1860s Tennents was the world’s largest exporter of bottled beers. In 1876 their marketing wizards devised the famous red “T” which has been emblazoned on all of their products since.

The bottles were superseded by the famous metal cans in 1935.

Aitken Senior and Bob Marshall developed the standard can size which is more or less used to this day.

When he was promoted to General Manager and boss of the Wellpark site, he persuaded his marketing team to come up with a bright advertising idea to occupy the empty space on the outside of lager cans. Initially, Scottish landscape scenes were used.

But this led to…the “Lager Lovelies”, the first of which was Ann Johansen, who was the solitary figure on the cans till she retired about three years later. That led to the birth of the large number of “Lovelies” who adorned the cans, much to the delight of many, not just lager drinkers!

Will used a number of slides to illustrate his words, including TV adverts which had become fairly iconic.

However, in the early 1990s Tennents were accused of exploiting females to promote their beer and the roughly 30-year project was phased out. Tennents always insisted their sales ploy had indeed boosted sales of their lager.

Will also noted that some of the rarest cans have sold in recent years for thousands of pounds.

He said he was proud of his father’s achievements at Wellpark – but that dad had had no real involvement in the “Lager Lovelies” scheme, merely suggesting the use of some pictorial advertising.